There are tons of reasons to be envious of Meghan Markle — and the fact that she’s set to marry Prince Harry on Mary 19 and her svelte, toned figured figure are two of the major ones! So when I heard the soon-to-be Duchess has been spotted working out at the Heartcore Fitness on her own and with bestie Heather Dorak who owns Los Angeles’ Pilates Platinum and worked as a health writer for Markle’s now shuttered site, The Tig, my ears perked up. I decided to stop by to find out exactly what goes into her fitness regimen ahead of the big day and give it a go myself.

Heartcore offers both group classes and personal training, and while I imagine the future royal has been opting for the second option as of late, she’s reported to train with an instructor named George. I signed up for a class with him and prepared to get Markle-fied. The actress, who once told Us that Megaformer Pilates is the “best thing you could do for your body,” certainly has great taste in her workouts. “Your body changes immediately,” she explained. As for her fitness motto? “You’ve got to burn it to earn it. You’ve got to sweat it to get it.” And there is no time for slacking in the hour long £22.50 (or $30.48) class.

Meghan Markle Through the Years

The location the former Suits star frequents is the Kensington location, making it easy for her to sneak out from her Nottingham Cottage home. Upon my arrival, I realized just how incognito Markle could be when wanting to get a quick sweat in under the radar. The studio is located through a gate off of a quiet street with a nail salon, pharmacy, barbershop and restaurant amongst other shops. 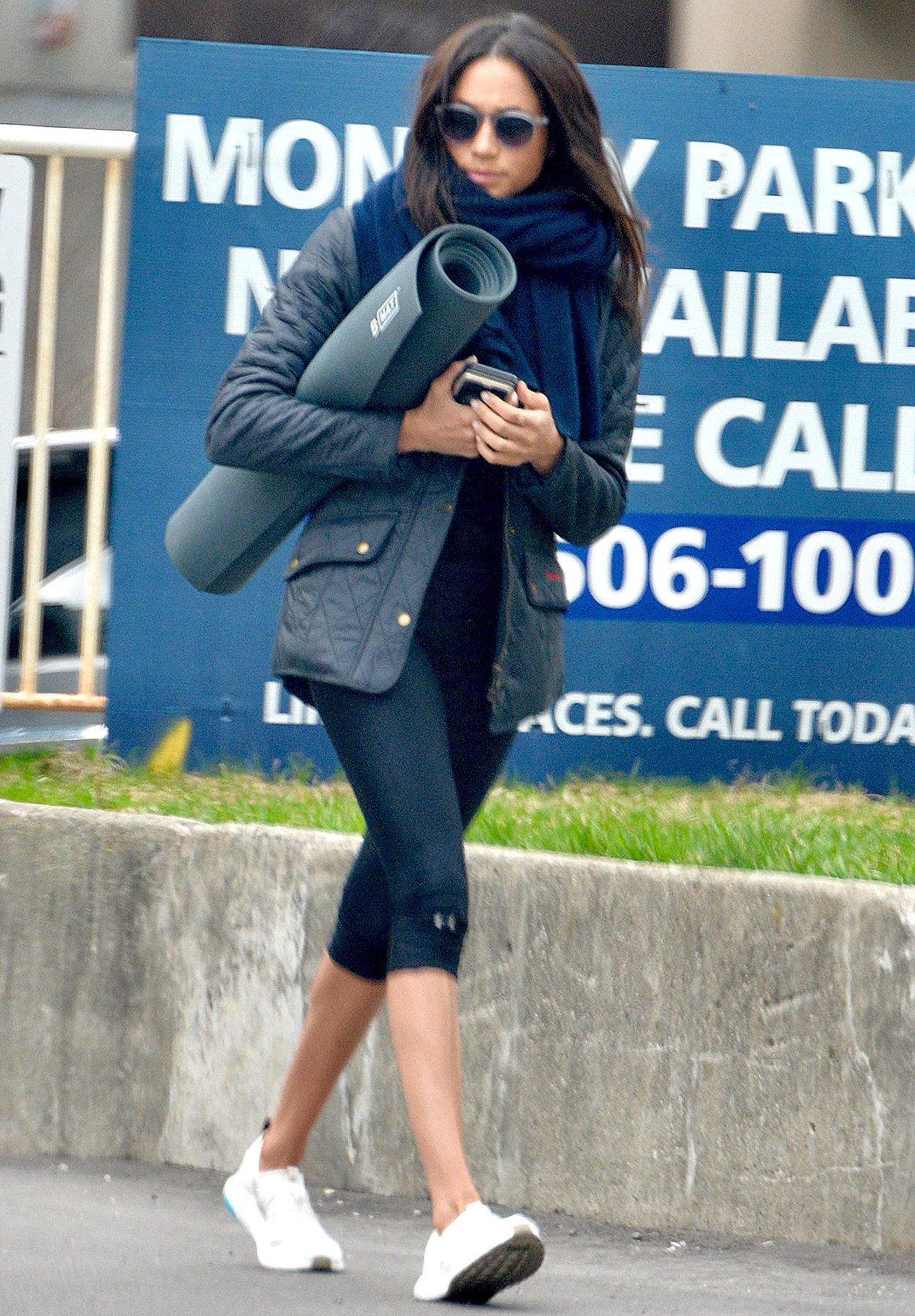 Once I found the entrance, there was a small upstairs area where I was not required to formally check in à la SoulCycle or Pure Barre. Instead, I headed down the staircase to be greeted by George, five machines and four other women in the class. George was extremely friendly and welcoming and showed those of us who aren’t Pilates pros (like myself) how to work the equipment. He also was sure to let everyone know that he believed in “quality over quality” and that I should feel free to rest if the class ever gets too tough.

The class began and George played top hit music including songs by The Chainsmokers and Maroon 5. He was attentive to all of the attendees and had a calm demeanor as he walked around the studio while helping everyone with different moves and encouraging them at the same time. I eased into the workout with simpler moves and as the class progressed, I moved into harder stances, but always stayed doing slow, long and lean movements. Markle, who once admitted to Us that she struggles with keeping good posture in photos, will without a doubt be standing tall as she walks down the aisle after frequenting here. “I’ve seen pictures of myself that make me want to cry and I just think, ‘Stand up straight!’” she previously said.

While I definitely cramped up at times and took a break to chill out in downward dog, the class was much more zen and relaxed than I anticipated. I found myself thinking, “I could definitely pull off rocking a tiara” as I took on the various poses. I don’t consider myself to be the most “fit” person, but the class was still manageable and fun and although I anticipated feeling sore later in the day, I surprised myself with my flexibility and willingness to keep pushing through with the help of George’s guidance.

5 Tiaras Meghan Markle Might Wear for the Royal Wedding

I started focusing on my own posture and body by looking at the long mirrors in the studio and was able to forget about the daily stresses of life throughout the duration of the class. Like Markle, I felt like exercising was keeping me balanced. “It’s sort of my thing — as much for my head as my body,” she has revealed. The ambiance of the space also helped with this as I gazed over at the gallery wall full of art while doing warrior-like poses.

As the class winded down, I stretched out and soothed all of the new muscles I worked out during the class and ultimately rolled my body up to a  standing position while listening to James Vincent McMorrow’s “Higher Love.” I felt calm, cool and collected. I went to the other side of the studio to change my clothes and was luckily greeted to a hairbrush, hair ties and some Dove Dry Shampoo. I fixed myself up and was ready to take on the rest of the day and London according to Markle’s foolproof guide.