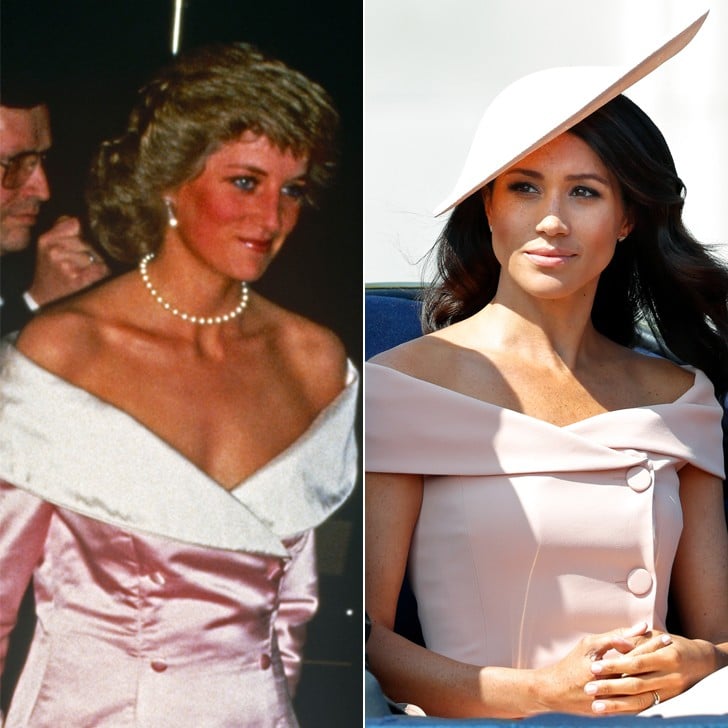 One June 9, Meghan Markle joined her husband and the rest of the royal family for the queen’s 92nd birthday celebrations. For the occasion, the Duchess of Sussex wore a stunning off-the-shoulder dress by Carolina Herrera, which she accessorized with a matching Philip Treacy hat and a clutch. While some people were quick to point out the fact that her outfit may have once again broken protocol, others noticed the subtle way she paid tribute to Princess Diana.

During a visit to the Berlin Opera House in 1987, Prince Harry’s late mother wore a light pink Catherine Walker ballgown, which bears a striking resemblance to the duchess’s Carolina Herrera number. Although the fabrics were different, both dresses came in the same hue and featured an off-the-shoulder neckline, as well as pink buttons down the bodice.

Of course, this wouldn’t be the first time that Meghan has chosen to pay homage to Princess Diana. When she drove off to her evening reception at Frogmore House after her wedding, the Duchess of Sussex was photographed wearing a baby-blue, square Asprey gemstone, which belonged to Princess Diana. Read on to get a closer look at both dresses.