One of the biggest sartorial reveals of 2018 just went down in a little place called Windsor Castle. The much-anticipated royal wedding has officially begun, meaning we can finally analyze Meghan Markle’s wedding dress vs. Princess Diana’s wedding dress. Because that is what us fashion and celebrity-obsessed people do, right?

For months, people having speculating about which designer or design house would be bequeathed with the honor of designing Markle’s dress. All signs pointed to a British creative helming the gown, but nothing was for certain. We now know that Clare Waight Keller for Givenchy was the lucky designer to get to execute the job, and execute it they did. But before we get into the specifics of Markle’s gown, let’s first head back to July 29, 1981, when Princess Diana wore a now-iconic cupcake of a dress for her own walk down the aisle.

Valued at £9,000 (which was equivalent to £31,658, or around $42,800 USD, in 2016), Diana’s dress was as expensive as a year’s worth of rent on a two-bedroom New York City apartment. And it was the size of one, too. Created by London-born designer, Elizabeth Emanuel, it was a behemoth of a gown, complete with a 25-foot train of taffeta and lace. Featuring an oversized ruffled collar, puffed ballon sleeves, and a voluminous skirt, it was larger than life in every way and very, very ’80s.

The dress was made of a ivory silk taffeta, which was decorated with accents of lace, hand embroidery, sequins, and — the best part — 10,000 pearls. To say it was embellished would be an understatement and although it’s not my style (I prefer minimal wedding dresses with fitted skirts and approximately zero pearls) there’s no doubt that it constituted one of the most iconic moments in fashion. 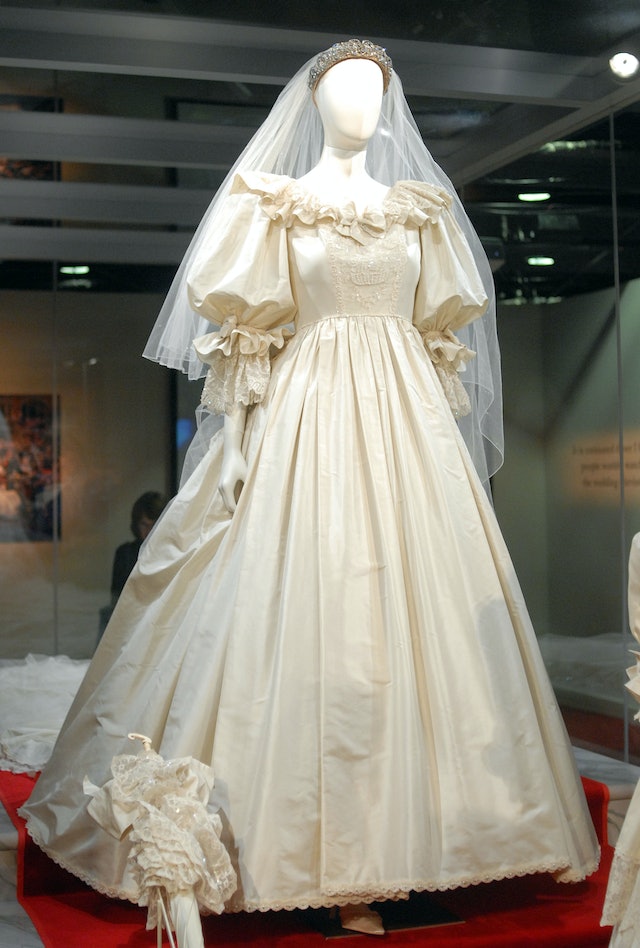 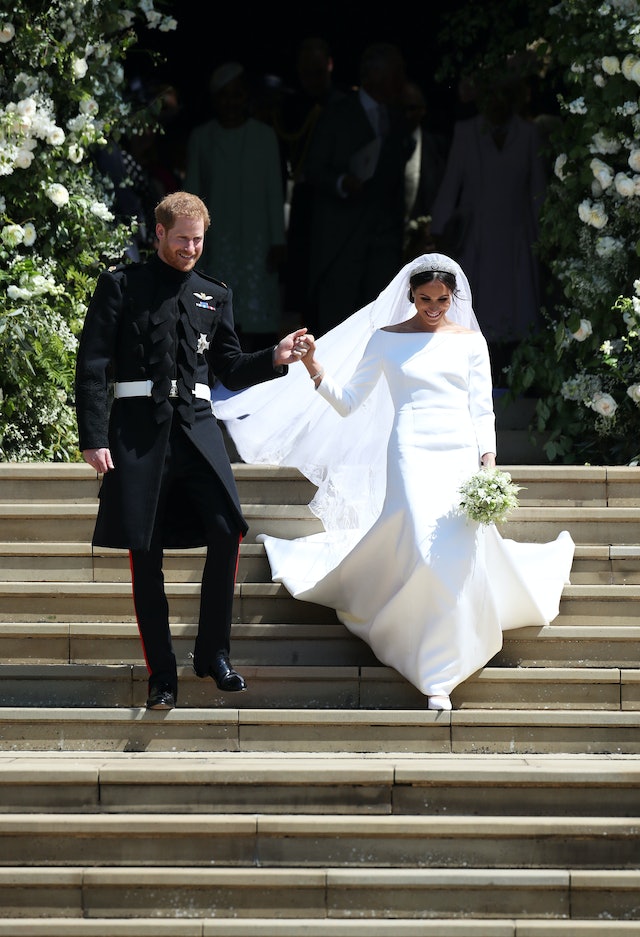 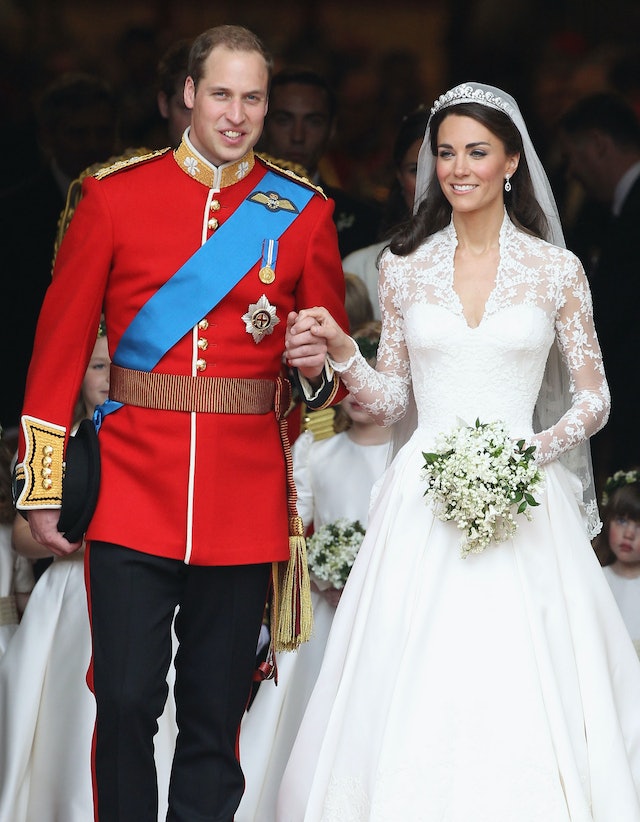 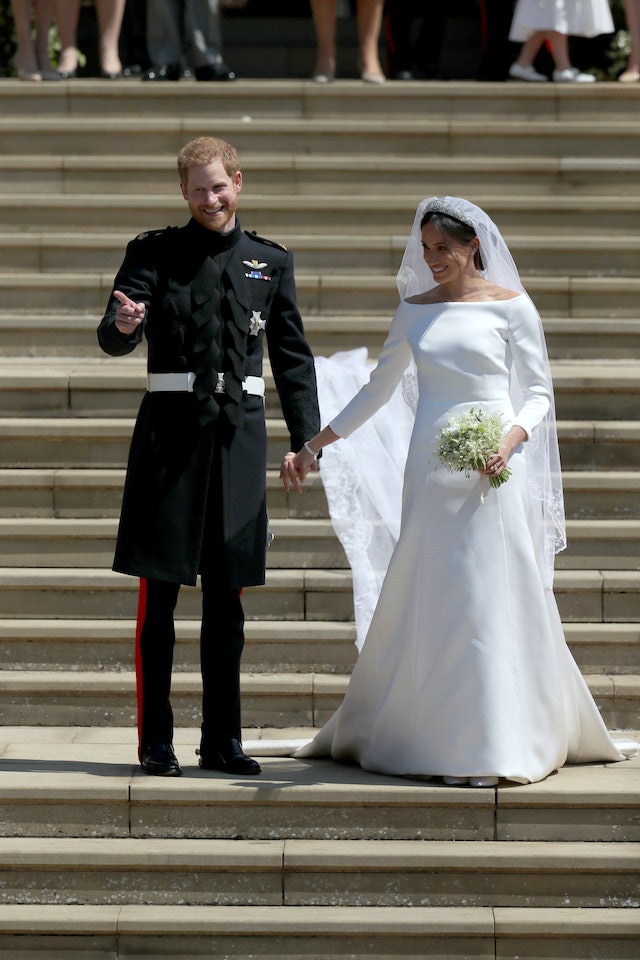 Markle’s dress was designed by Clare Waight Keller for Givenchy, which was a real surprise. (Most rumors had her either wearing Stella McCarthy or Ralph & Russo.) Her veil, for the record, has the symbols of all 53 members of the British Commonwealth, which is the only detailing on her whole outfit (and also accounts for why the veil is so long.) Her tiara is the Queen Mary Diamond Bandeau. If this look kicks off an era of wedding gown minimalism for the next few years, don’t be surprised.