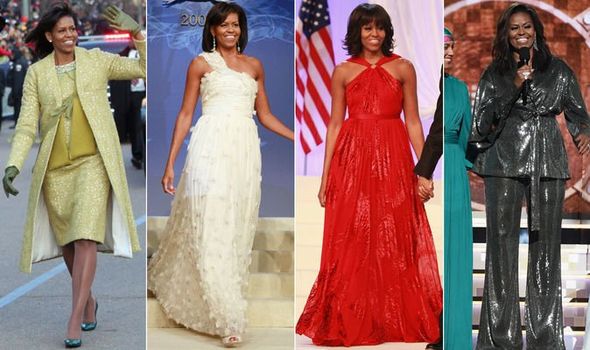 Michelle Obama’s sense of style captured the attention of the world when she become the First Lady of the United States ten years ago.

In 2009, the fashion-forward wife of US President Barack Obama was pictured in Washington D.C., alongside her newly-elected husband, wearing an eye-catching ensemble by the late designer Isabel Toledo.

From that moment on, the American lawyer could easily be dubbed ‘the First Lady of Fashion’ thanks to her popular style choices.

The mother-of-two, who has two daughters with her husband of 27 years – Malia, 21, and Sasha, 18, can often been seen in a mixture of sophisticated day dresses, stunning evening gowns and stylish ensembles – looking suitably dressed for every occasion.

Take a look at a selection of her best looks. 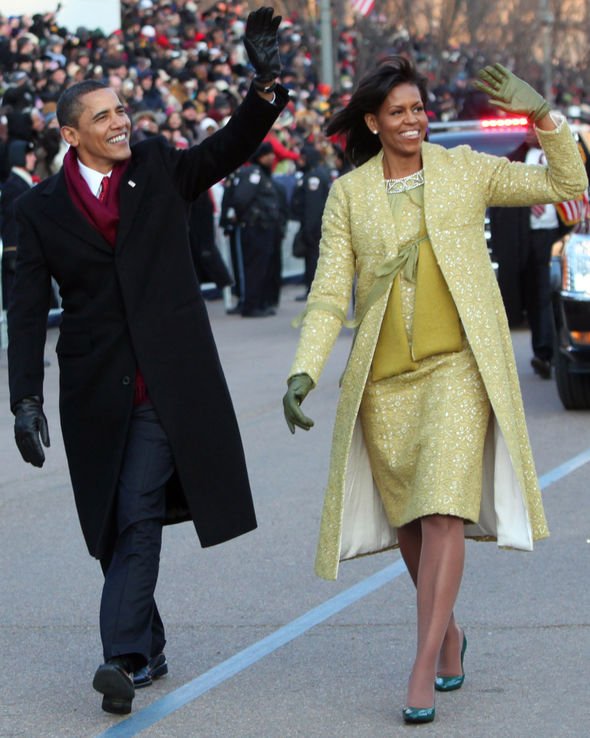 On January 20, 2009, Michelle looked incredible when she arrived at her husband’s first Inaugural Ball in a gorgeous one shoulder chiffon gown adorned with pretty flowers and crystals by Jason Wu. 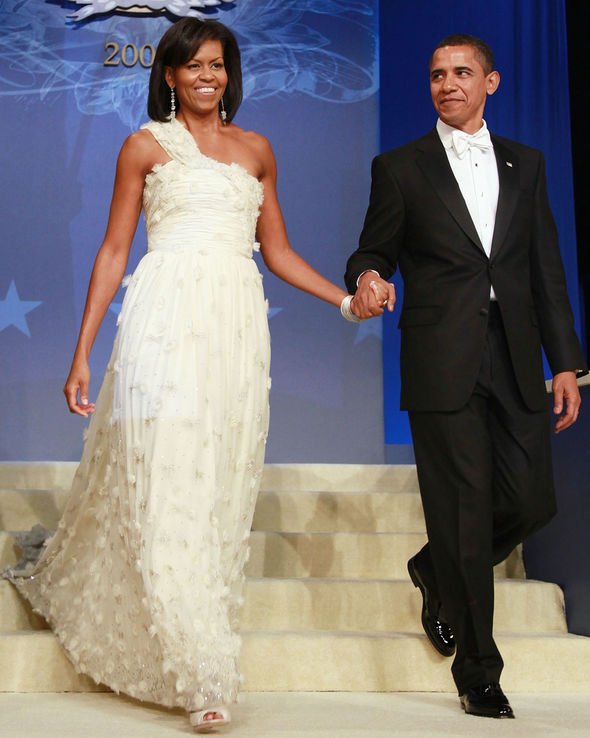 Michelle wowed in a white floor-length evening gown, with bow detail at the waist and long gloves during a State Banquet at Buckingham Palace in May, 2011. 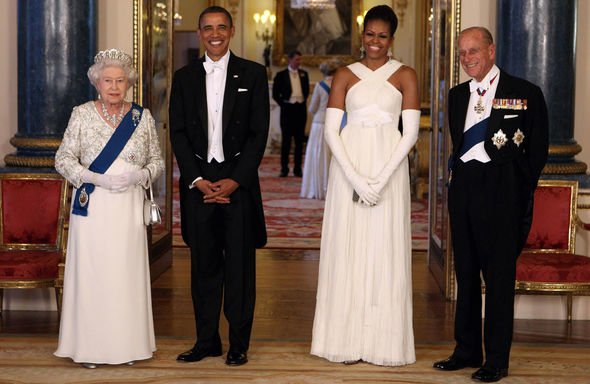 During a tour of Westminster Abbey shortly after the wedding of Kate Middleton and Prince William, the former First Lady was pictured in a knee-length purple dress, with an interesting ruched detail on the body, teamed with statement belt which highlighted her trim figure.

She finished off her look with a royal blue coat in the same length as her dress. 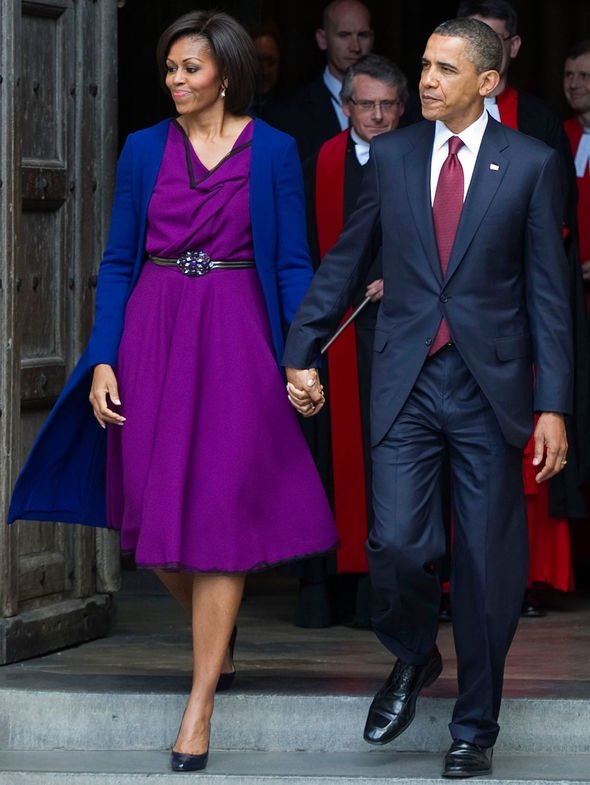 The First Lady opted for a stunning scarlet gown for her husband’s second inaugural ball in 2013.

The full-length frock, from designer Jason Wu, featured a beautiful neckline and eye-catching metallic patterns which shimmered as she danced. 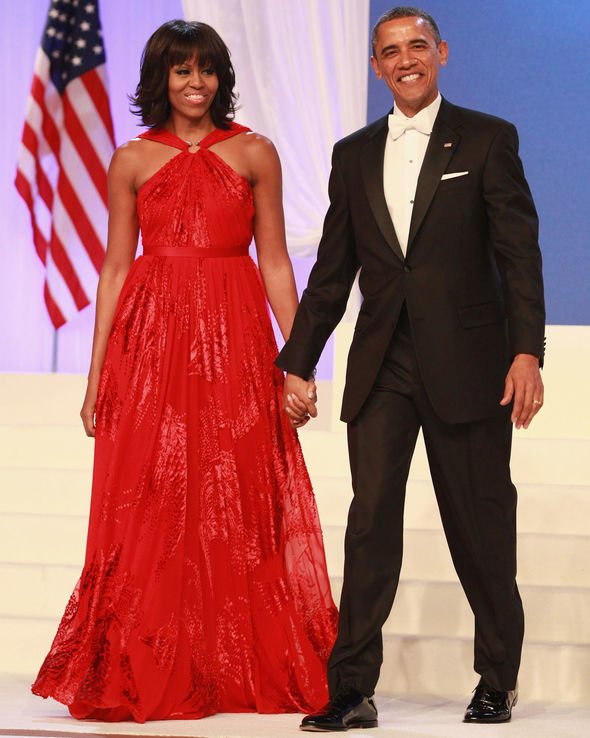 Michelle again turned to her favourite designer Jason Wu to create her outfit for the inauguration ceremony of Donald Trump in 2017.

Opting for a classic red dress, she added a matching coat to her ensemble and later swapped her black pumps for a pair of stylish suede boots for her appearance outside the Capitol in Washington D.C.. 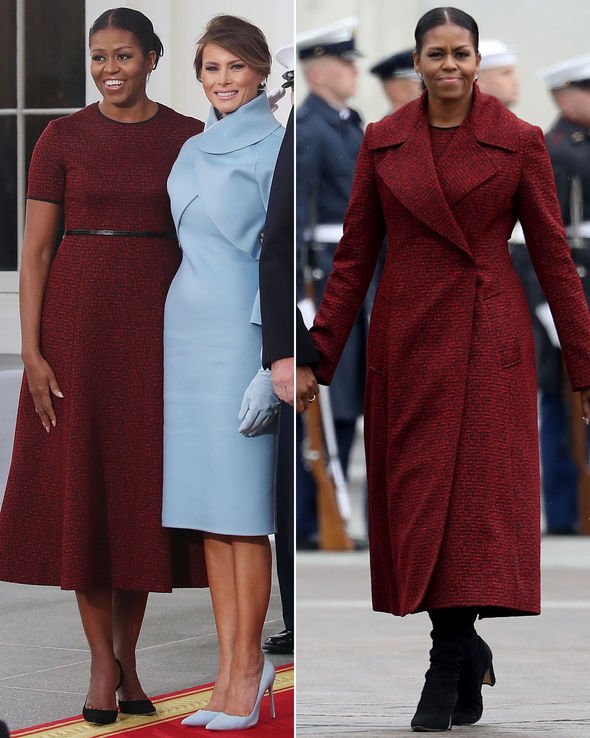 Barack Obama’s wife oozed style and sophistication in a classic little black dress in the summer of 2017 on stage at a theatre in Los Angeles. 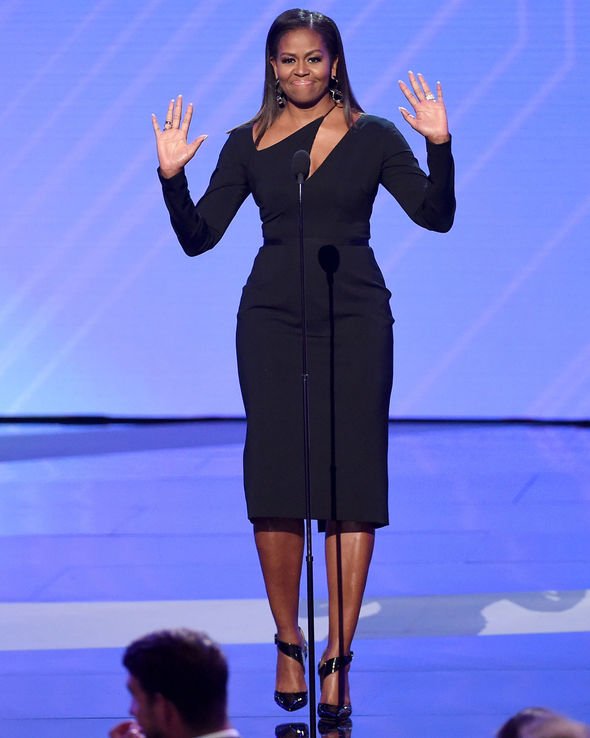 Wowing audiences in New York City, the mother-of-two stole the show when she stepped out in a yellow satin dress and thigh-high metallic boots from Balenciaga to discuss her 2018 book Becoming with actress Sarah Jessica Parker. 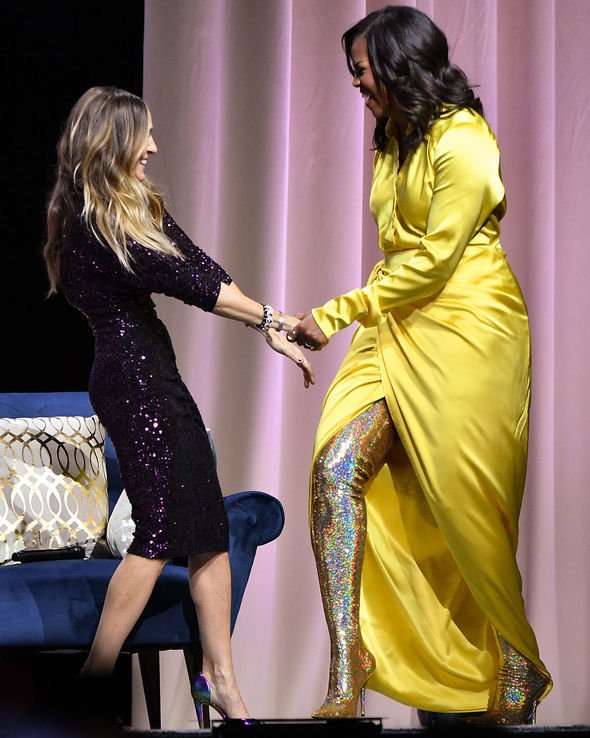 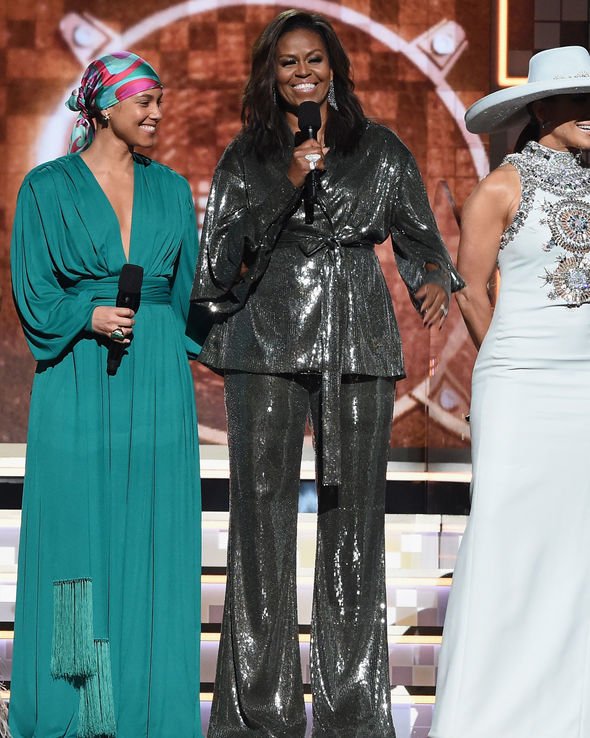