Home » Fashion » From mini-moon to buddy-moon, couples reveal they opted for a modern honeymoon just like Prince Harry and Meghan Markle

The Duke and Duchess of Sussex went to a Buckingham Palace garden party for Prince Charles’ 70th birthday rather than going to a romantic retreat. 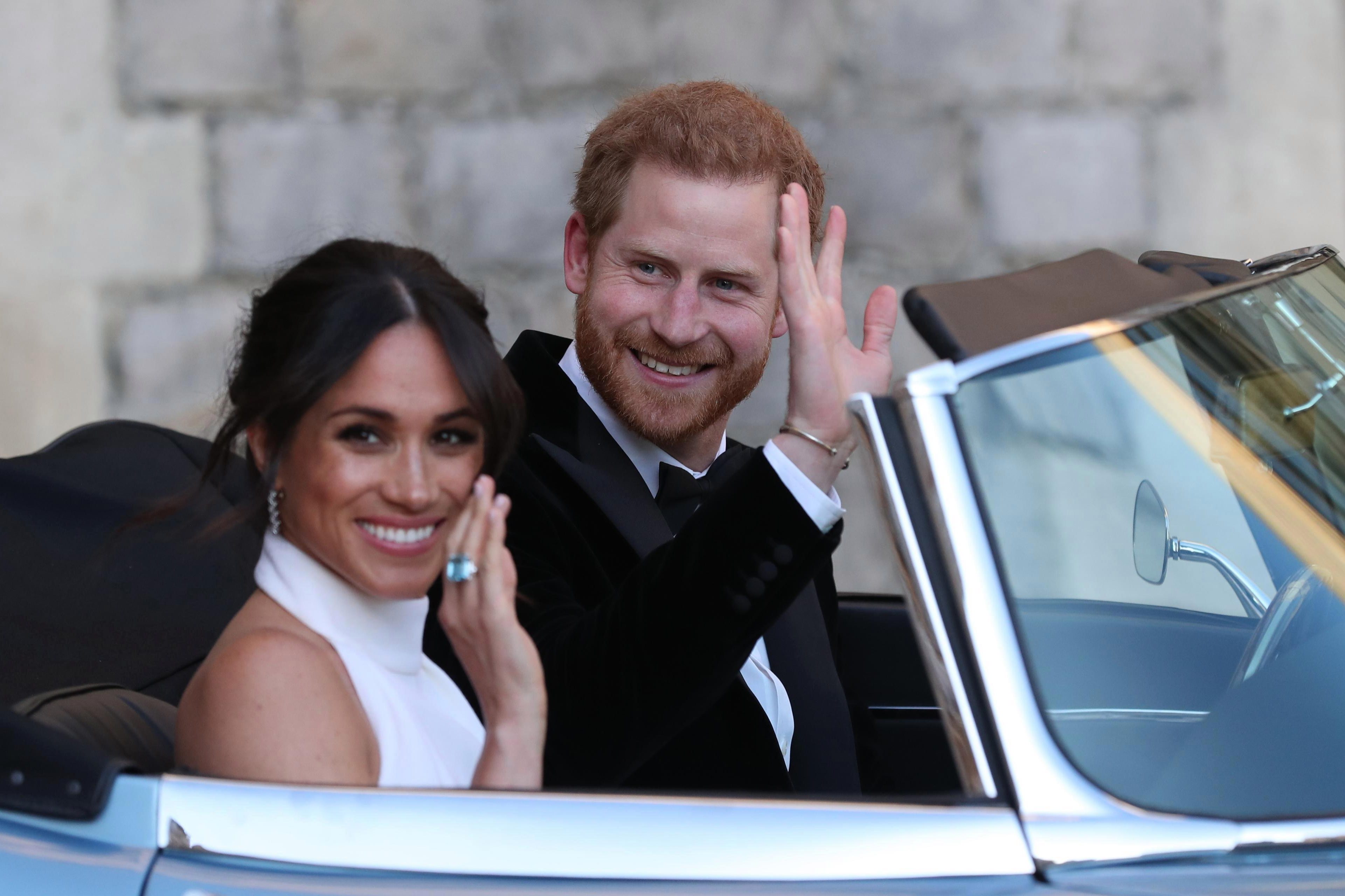 The tradition of escaping to a beach resort for two weeks now faces tough competition from alternative ’mooning.

Many couples enjoy a “mini-moon”, dashing off for a couple of days straight after the wedding, while some prefer to say “I do” abroad and tack on a few days in the sun with their guests.

With 32 per cent of babies now born to unmarried parents, it’s more likely that tots get to go on the first holiday after the nuptials.

RUTH HARRISON speaks to three couples who went on a new kind of honeymoon.

WRITER Cherry Casey-Neidhardt, 33, and her husband Andy, 34, a town planner, got married in February.

The couple, who have been together for nine years, celebrated by taking their 17-month-old son Ethan and their two-year-old miniature schnauzer Luna to a cottage in Somerset a week later. 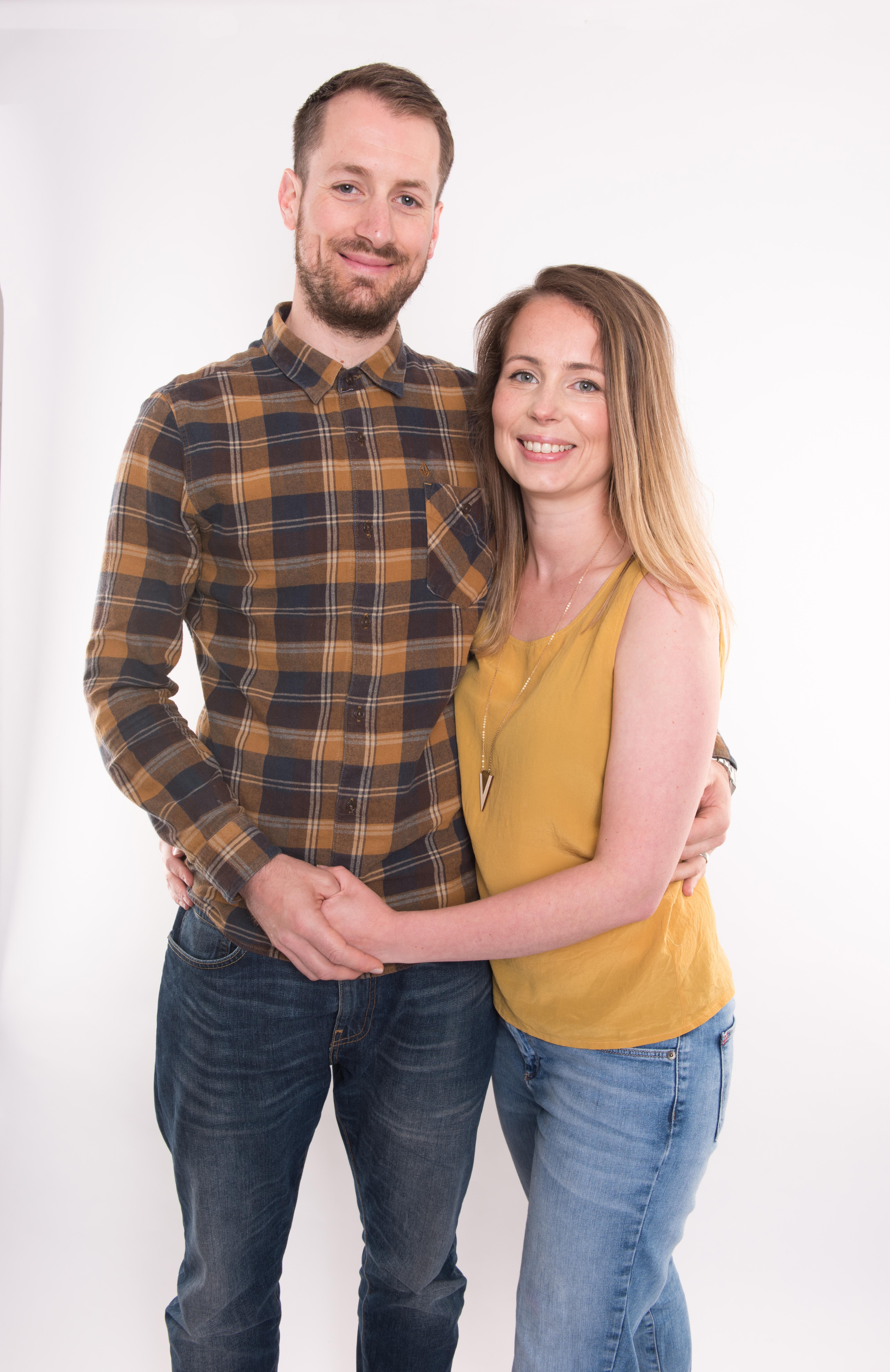 Cherry, from Barnet, North London, says: "I didn’t keep a running tally but we spent around £8,000 on our wedding day and it was so much fun.

"We had more than 100 guests, I had a beautiful dress and we hired a great venue. But we didn’t get carried away with it.

"I had four months to plan it after finding out my nan had bone cancer.

"Andy and I decided to get married as quickly as possible so all our grandparents could be there, but sadly, my nan passed away two months before our day. Still, it was good to have something positive to focus on. 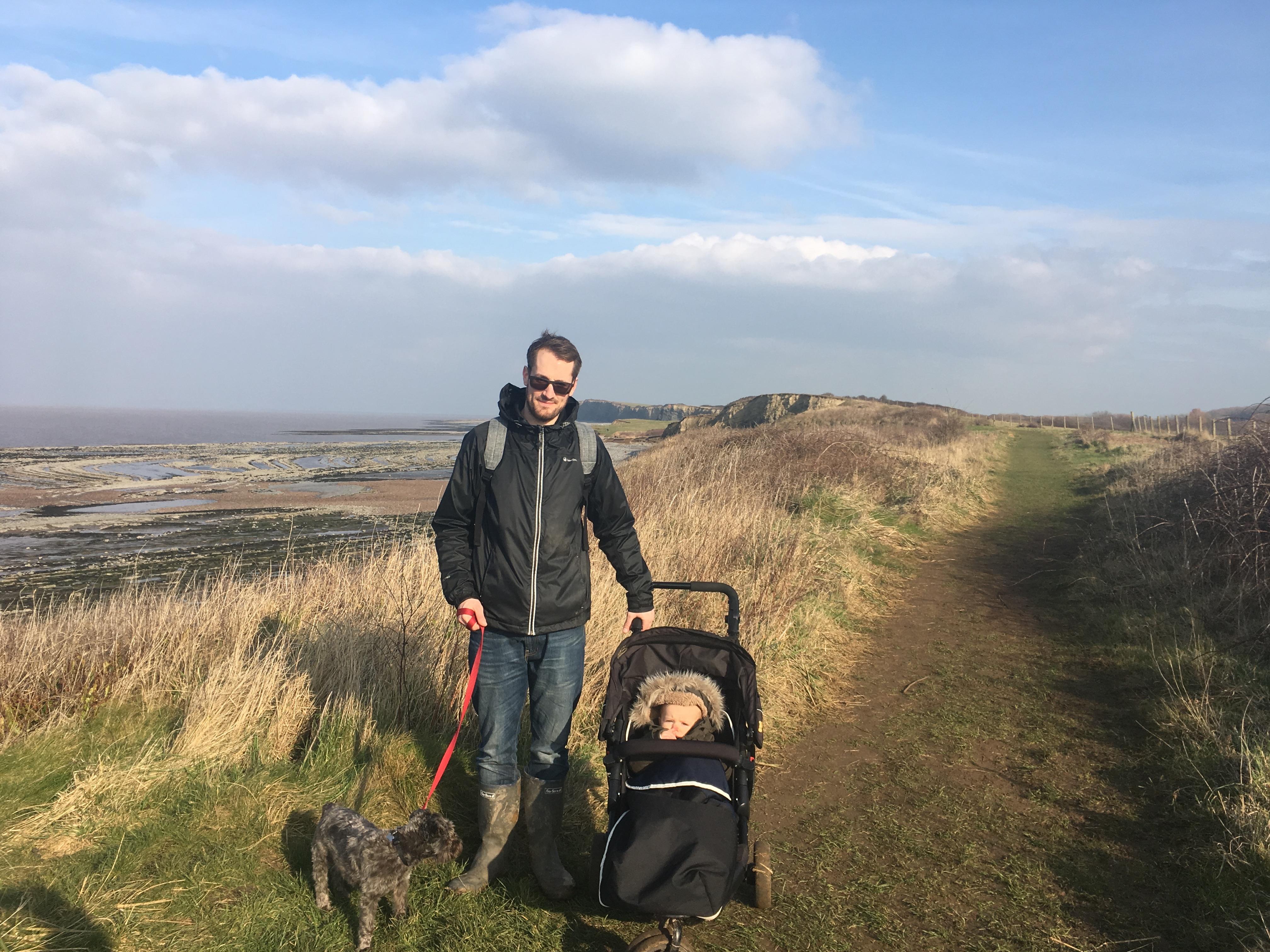 "Planning a wedding, hen party and looking after a toddler is very full-on, so our honeymoon was important to relax. Before our son Ethan came along, holidays were a time for adventure.

"I’ve done a lot of travelling over the years. I’ve been to South America, Japan, Spain, Canada and Morocco – and there’s so much more I want to see. But with a one-year-old, I needed a week of doing absolutely nothing.

"I didn’t want the stress of flying with Ethan, so I found these perfect cottages in the Somerset hills. There was a hot tub and the gardens were huge and enclosed – perfect for our dog Luna. She’s a big part of the family.

"I know some people who have gone on their honeymoon without their children but it would have felt strange handing Ethan over to his grandparents. While he was napping, we would sit in the garden, drink tea and read. I wanted to get away as a family unit. 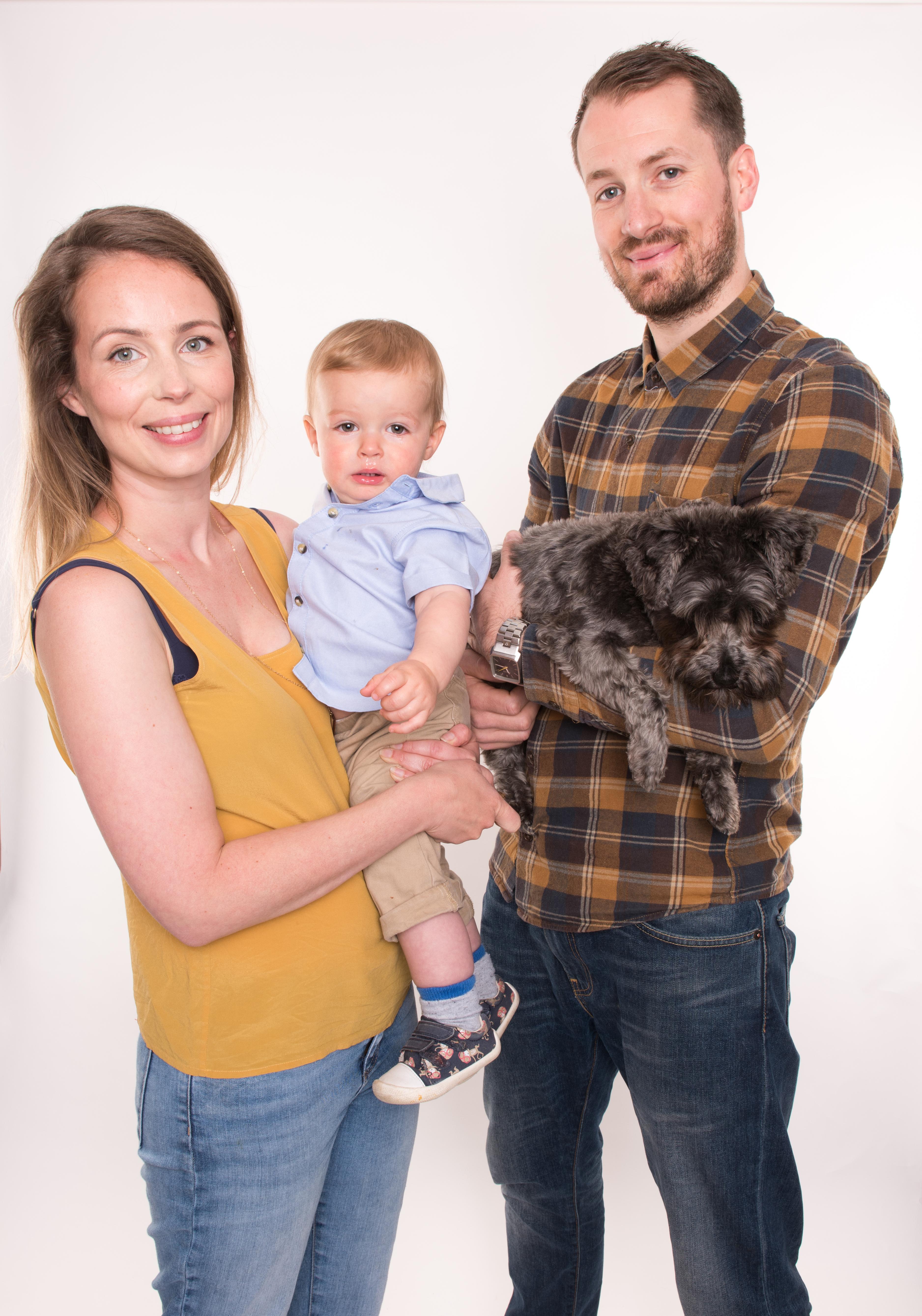 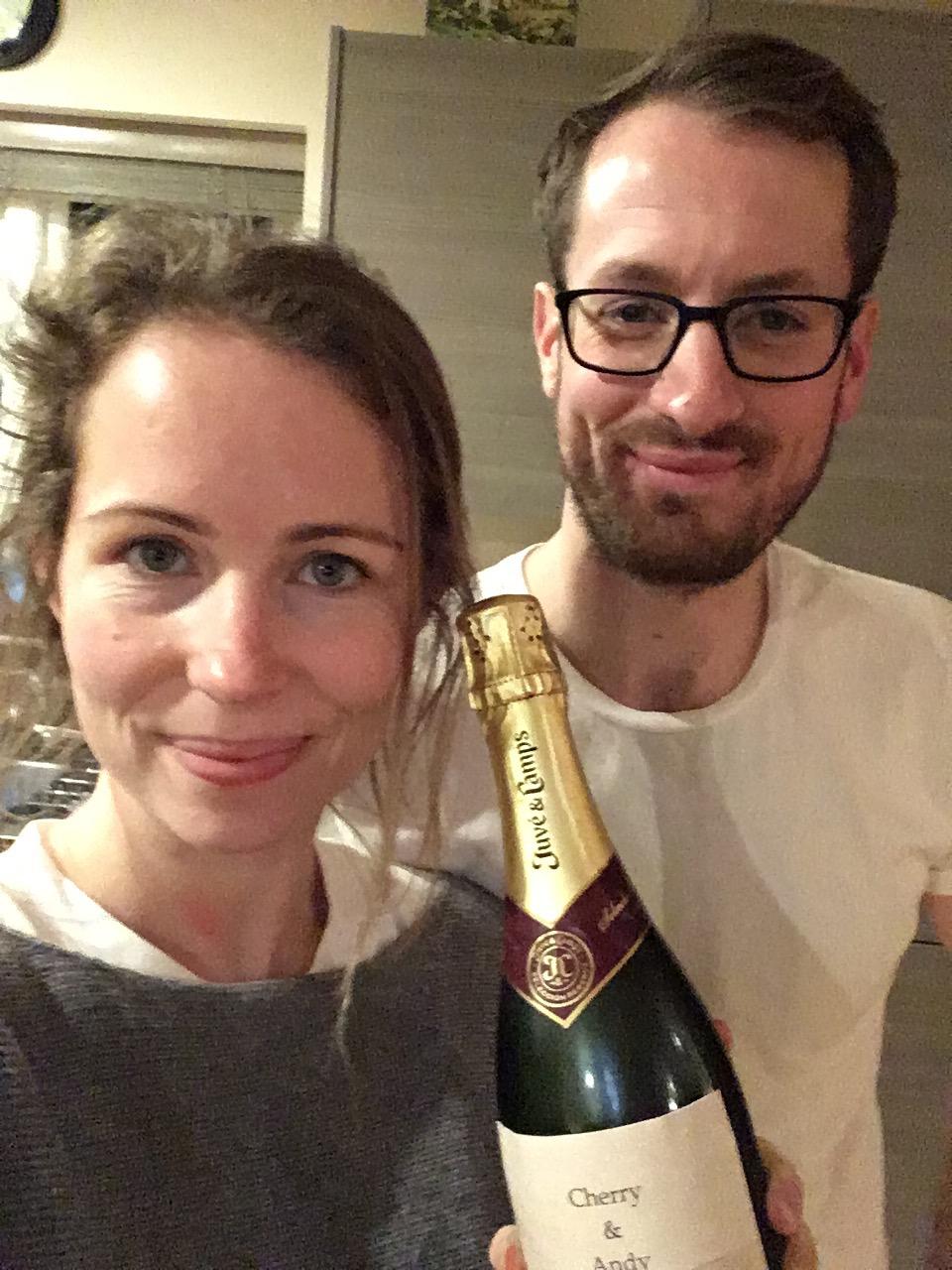 "'Family-moons' are becoming more common as couples wait to get married until after having children.

"For us, it was the first time we’d been away as husband and wife, and as a family of four. I wouldn’t change a thing."

Andy says: “If I’d imagined my honeymoon growing up, it probably wouldn’t have included my dog, a little boy and a trip to Somerset. But it was perfect for our family. Once Ethan was born, he was always in our honeymoon plans.

“I know some couples go abroad and spend some time alone but neither of us wanted to do that. We had a perfect week away, relaxing, eating and drinking.”

The couple, from Islington in North London, celebrated by having a week-long party in Ibiza with 32 friends. 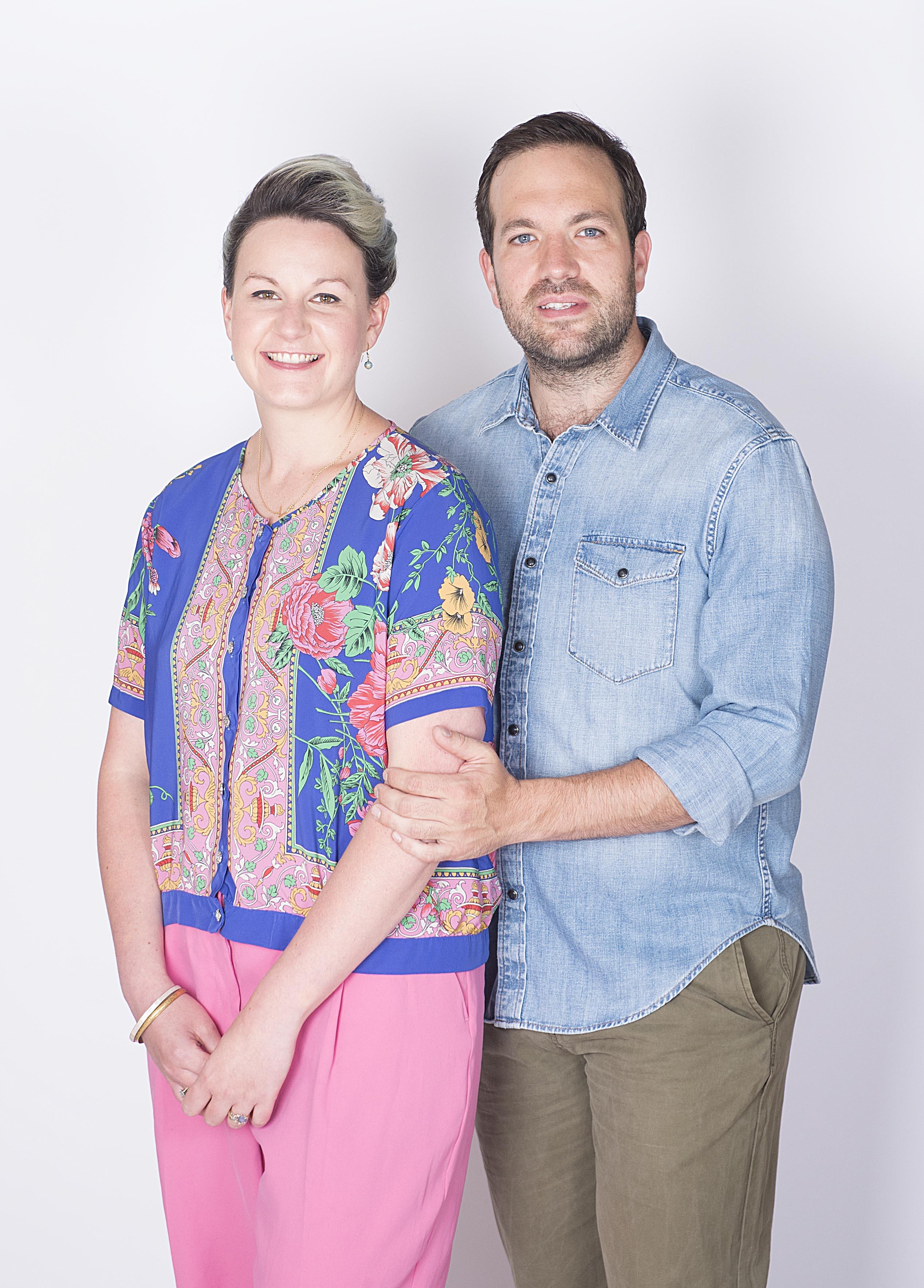 Lucy, who founded her own gifts and homeware company, Postcards Home, says: "Tom and I are really sociable and we love to throw parties. For months we’d worked hard to make our wedding day perfect and the idea that it would be over so quickly didn’t feel right.

"Our friends have always been our cheerleaders and we are so close. I remember chatting with a friend one night and she asked where we were going for our honeymoon.

"Ibiza came up, as Tom and I loved it and had been five or six times already. The idea of being able to let our hair down and have a more social holiday seemed perfect.

"So I emailed all of my closest friends and asked if they wanted to join us. 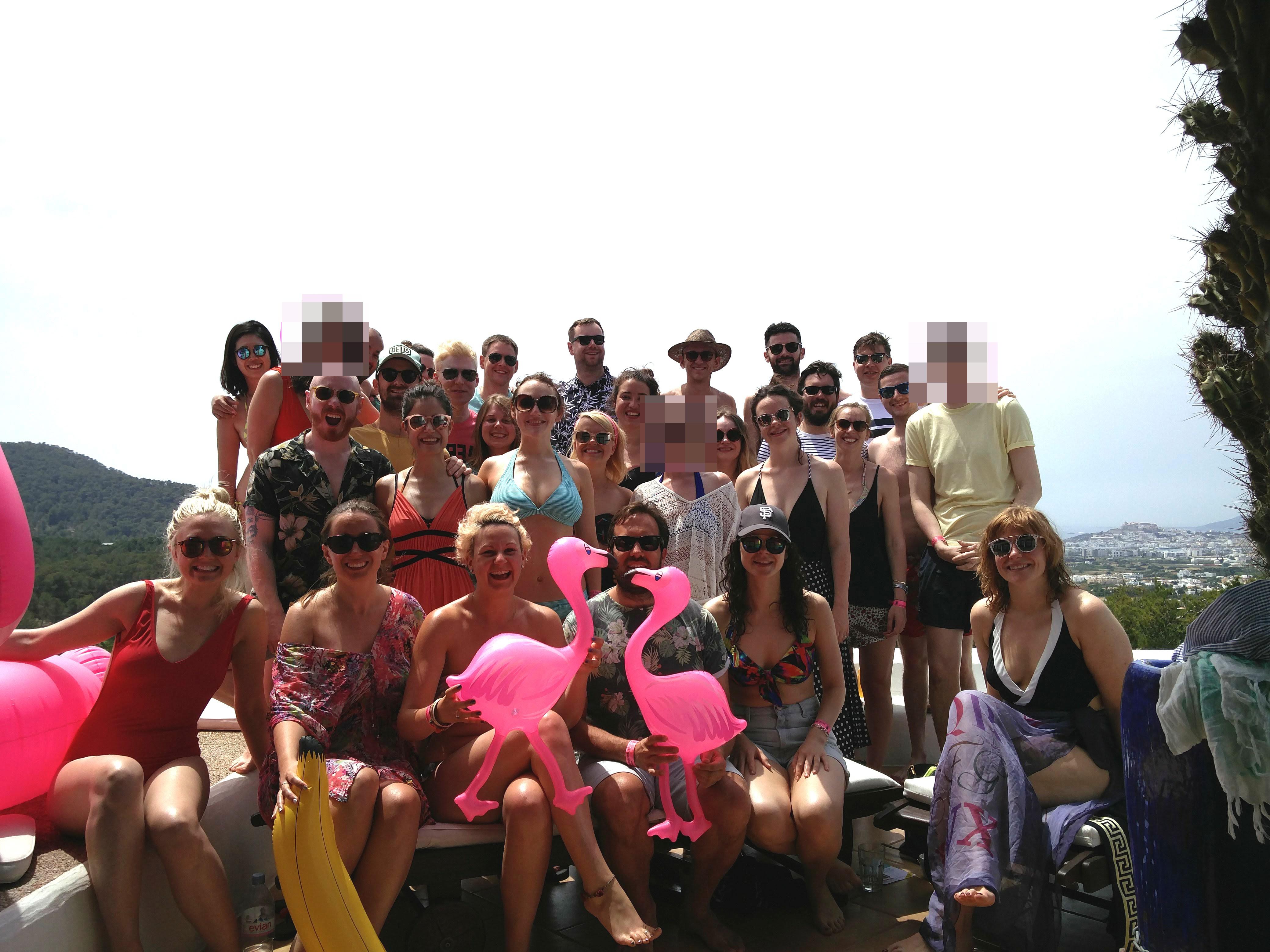 "I booked a villa for 32 people. There were no arguments and we spent the break dissecting the wedding, chilling by the pool, gossiping about the good bits, telling funny stories and looking at the photos from our big day. A wedding is just one day but I got to live mine over and over again on our honeymoon.

"It might seem mad but for us it was a really positive start to married life.

"People often ask us if we regret not having a proper honeymoon. I like spending time alone with Tom but we met when I was 17 and we have been fortunate enough to go on lots of lovely holidays together.

"It would be a pretty bleak marriage to think we’d never have two weeks alone together again in the sunshine. But who knows when you’d be able to organise 32 of your friends to go away together again?" 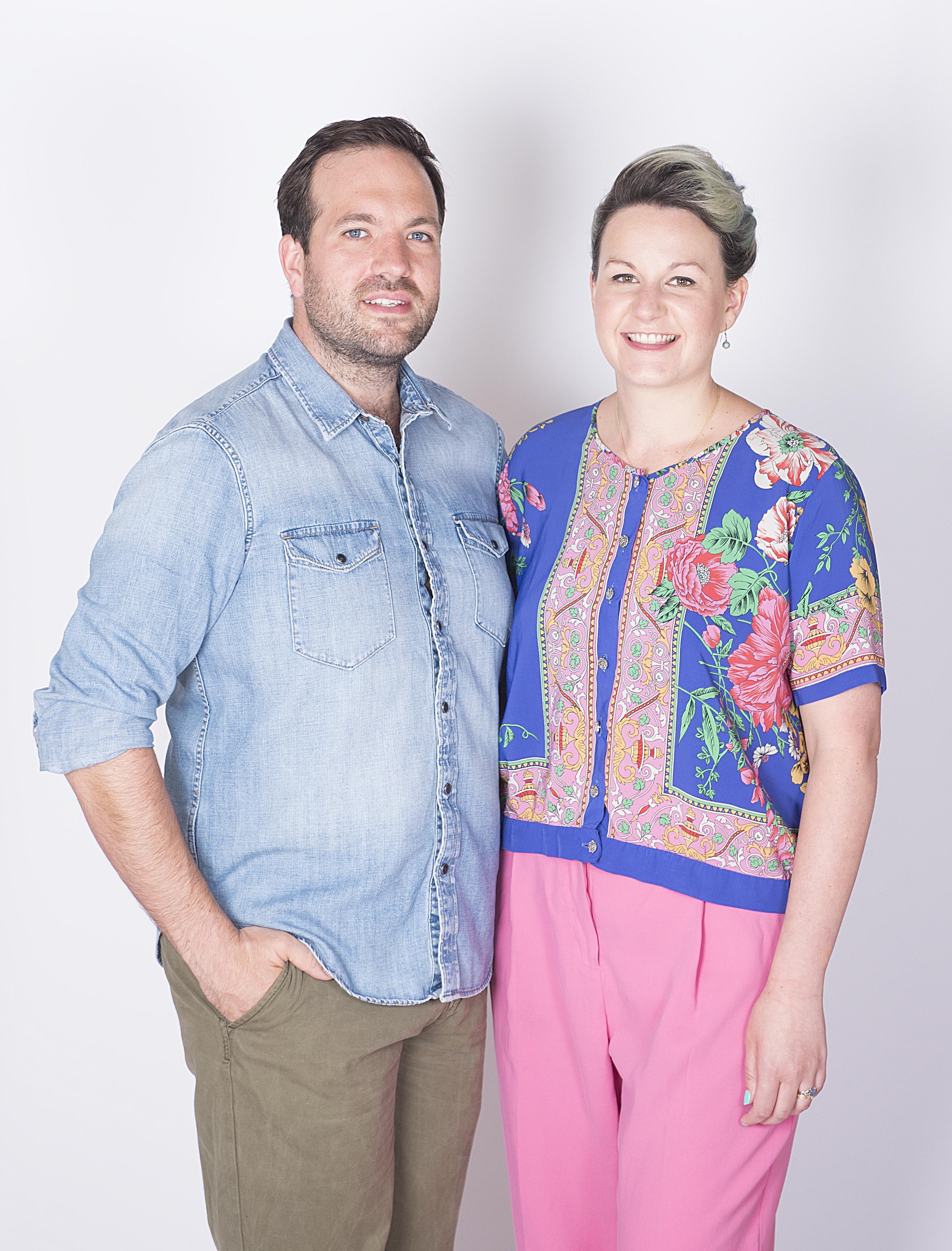 "The one thing I’d say for anyone planning a “buddy moon” is that it takes a lot of organisation. It’s not for everyone but I’d completely do it again.

"In fact, we’ve just returned from our anniversary 'anni-moon' to Margate, where 17 of us got together again. Perhaps we’ll make it a yearly thing."

Tom says: “When we tell people what we did they think we’re stupid.

“When we got married, we wanted to carry on our wedding party with our friends. It felt really special because all our mates had come away for us.”

AFTER spending £25,000 on their June 2015 wedding, salon owner Alanna Allen, 31, and her husband, HGV driver Daniel, 34, had a three-night trip to Amsterdam following their big day.

Four months later, they went on a three-week holiday to the Far East. 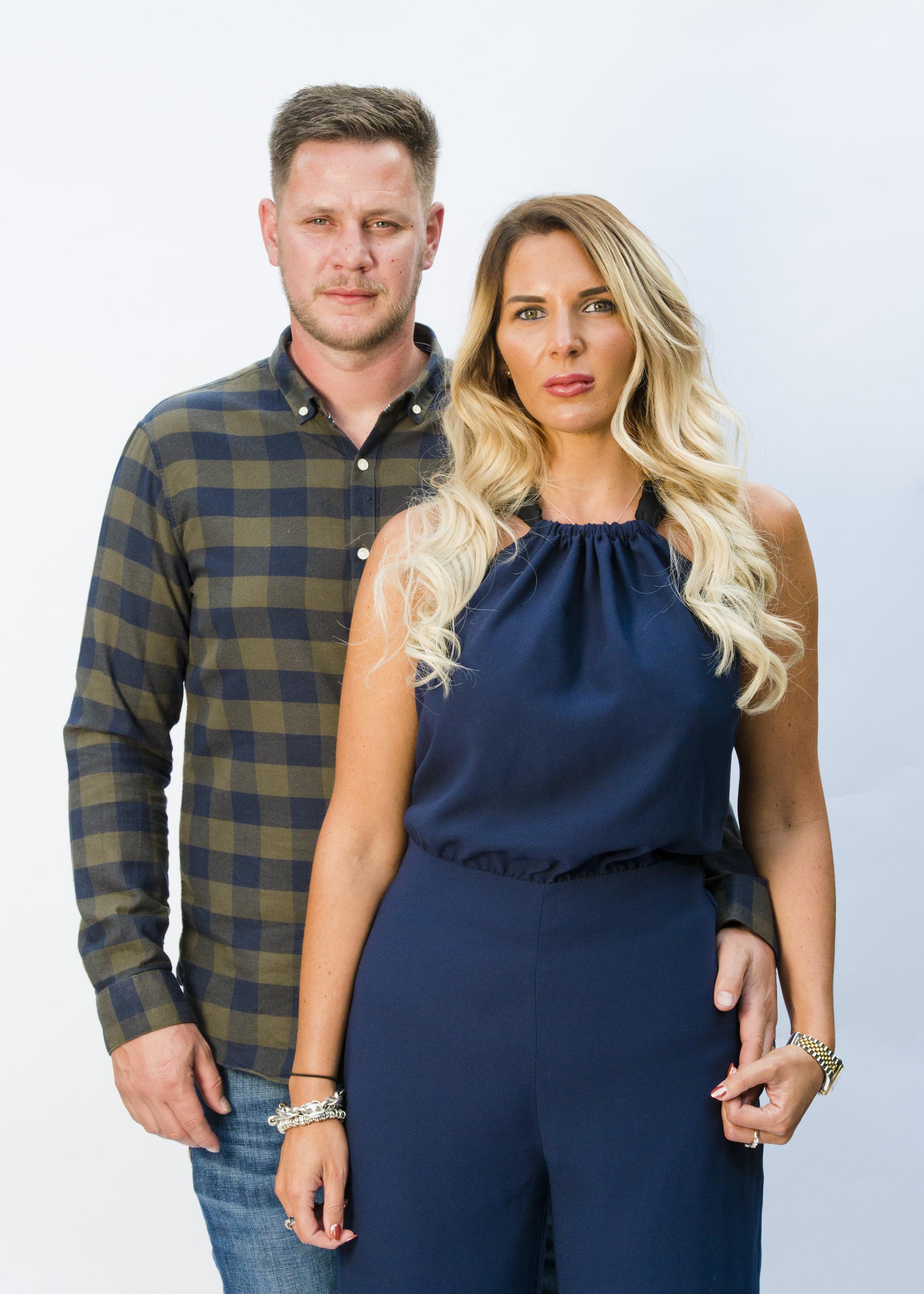 Alanna, from Send, Surrey, says: "From the moment we got engaged, I saved for my wedding. The dress was ridiculously important to me and I spent around £5,000 on it. The whole wedding must have cost £25,000.

"That amount sounds hideous and it scares me. Looking back, I can’t believe we bothered. I would just as happily book a trip to Las Vegas now.

"As a result, we didn’t have enough money to go on an expensive honeymoon straight away.

"So we booked a three-day trip to Amsterdam. It was quite possibly the least romantic place in the world for a honeymoon. Nothing says 'newlywed' like the red-light district. 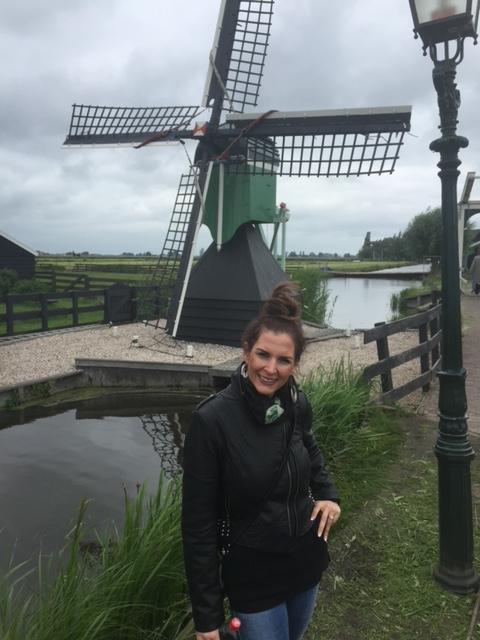 "So much time and effort goes into wedding planning and for us, life just went straight back to normal. I felt hugely sad about it.

"I envied all my friends going on their honeymoons in July and August. Waiting four months for our proper break felt like a huge anticlimax. We’d had our photos and we’d both gone back to work. It was more like a glamorous holiday labelled as a honeymoon.

"We spent three weeks travelling around Malaysia and Hong Kong and took a cruise up to Japan. It was 5* luxury and the food was incredible but I regret not going on a traditional honeymoon and lying on a beach the day after our wedding.

"It would have been amazing to have that time together as newlyweds." 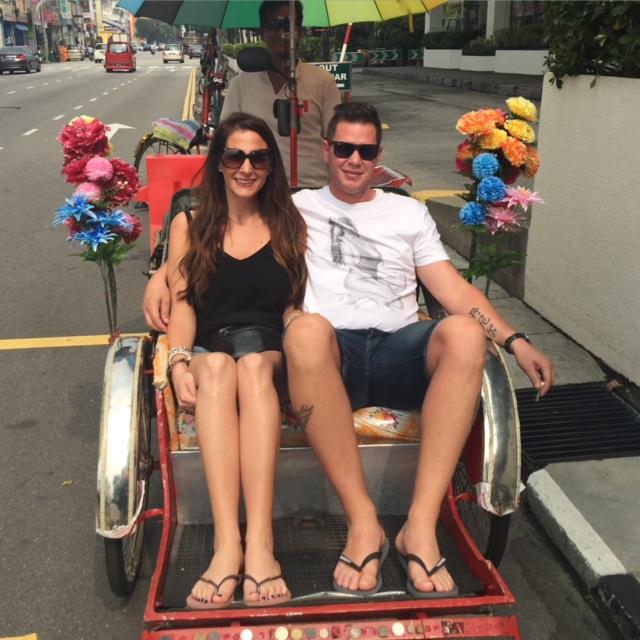 Daniel says: “If I could have my honeymoon again, I’d have two weeks chilling on the beach in Asia straight after the wedding. Our mini-moon was more like a city break. Only parts of it felt special.

“Our honeymoon four months later felt more like a holiday. Mini-moons are becoming more common as people struggle to afford extravagant honeymoons after an expensive wedding.

“People are barely making ends meet and most friends I know ask for contributions towards a honeymoon as a gift, so they have to wait.”