She has the eating disorder pica, which means people eat non-food substances with no nutritional value. 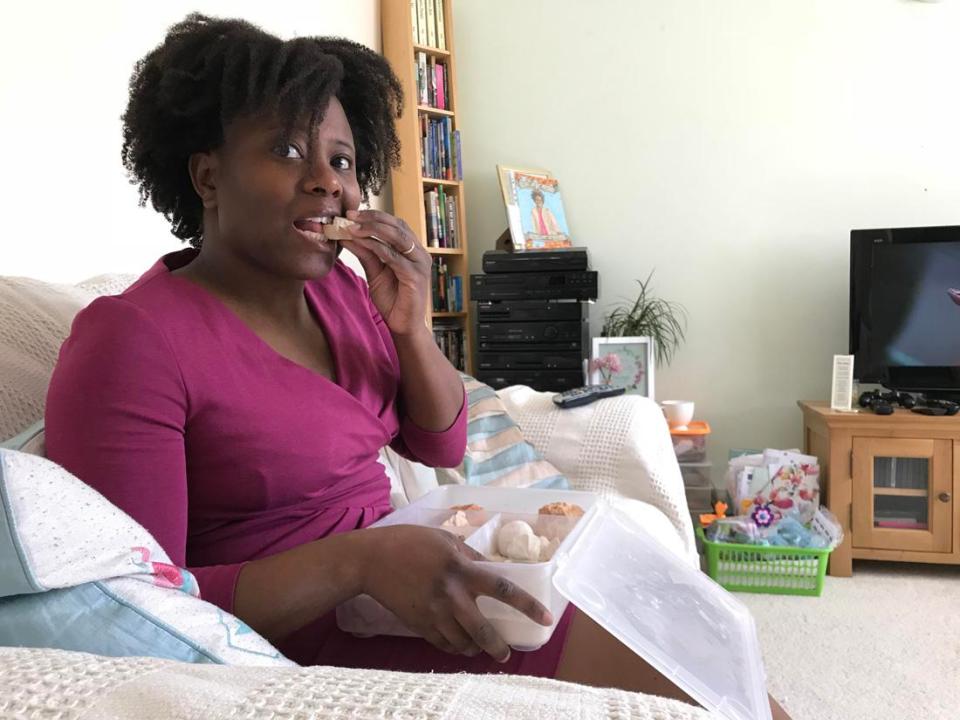 Mandisa even takes clay to the cinemaThis is normally triggered by pregnancy but Mandisa's started when she was just a child.

Mandisa, from Birmingham, who admits her two children and business owner husband, find her eating habits very strange, said: “My cravings started with chalk. I used to steal it from the blackboards and nibble it during lessons as a child. The more I did it, the more I enjoyed it.

“By secondary school, I was full-on craving it and needed to eat more and more.

“I used to take the chalk from the art department and eat that. Then, when I started getting pocket money, I would go to the shops and buy my own supplies.”

The 36-year-old used to buy 10 packets of chalk at a time – but as she got older she struggled to control her cravings at work. 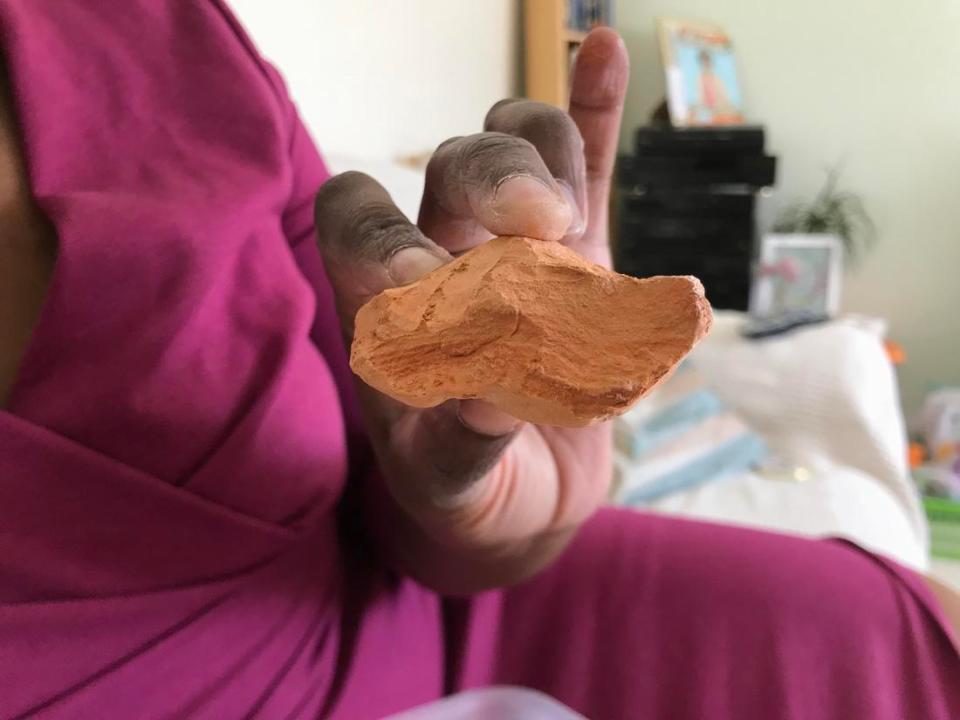 She admitted: “When I became a teacher, I’d eat chalk in my classroom in my breaks.

“Before that, working in admin, I remember one time when I was pregnant when my work building was being refurbished and plaster was hanging off the wall I couldn’t resist getting a screwdriver and hacking more plaster off, just so I could eat it.

"It was an uncontrollable craving – I just couldn’t help it.”

Two weeks after she met her husband in 1999 she told him about her unusual diet.

She said: “He was shocked, but that wasn’t going to stop me – nothing would.”

According to Boots WebMD, pica is long-term eating of inedible things such as stones, coins, shampoo, clothes or cigarette butts.

The charity The Challenging Behaviour Foundation says research into the causes, assessment and treatment for pica have been extremely limited.

Estimates suggest between 4 per cent to 26 per cent of people with learning disabilities display pica symptoms, and a craving may also be experienced during pregnancy.

Pica may be linked with iron and zinc deficiencies, but is most often thought to be a psychological disorder.

Dr Mark Griffiths, Professor of Behavioural Addiction at Nottingham Trent University, said: "There has been no definitive explanation as to why some people consume such substances as hair, ice, soil/clay, wood, stones, glass or laundry starch.

“Obviously there is a reason for starting this particular habit – to alleviate access pain. Emma’s initial use of chewing sponge led to comfort so this behaviour was reinforcing (i.e. rewarding) and the habit has just developed where she no longer needs to do it for pain relief, but is likely to be psychologically comforting.”

But, Mandisa’s palette changed with age and, in 2011, when she discovered clay it wiped clean her craving for chalk.

She said: “I’d had enough of chalk, I’d got to the point where it really wasn’t doing it for me.

"All the shops I was buying it in were cheap and it didn’t taste like it used to. I tried everywhere to find something which was as good as the old stuff, but I had no luck."

Admitting that her husband and her kids still find her clay-eating habit strange, she insisted she was "passionate about clay". 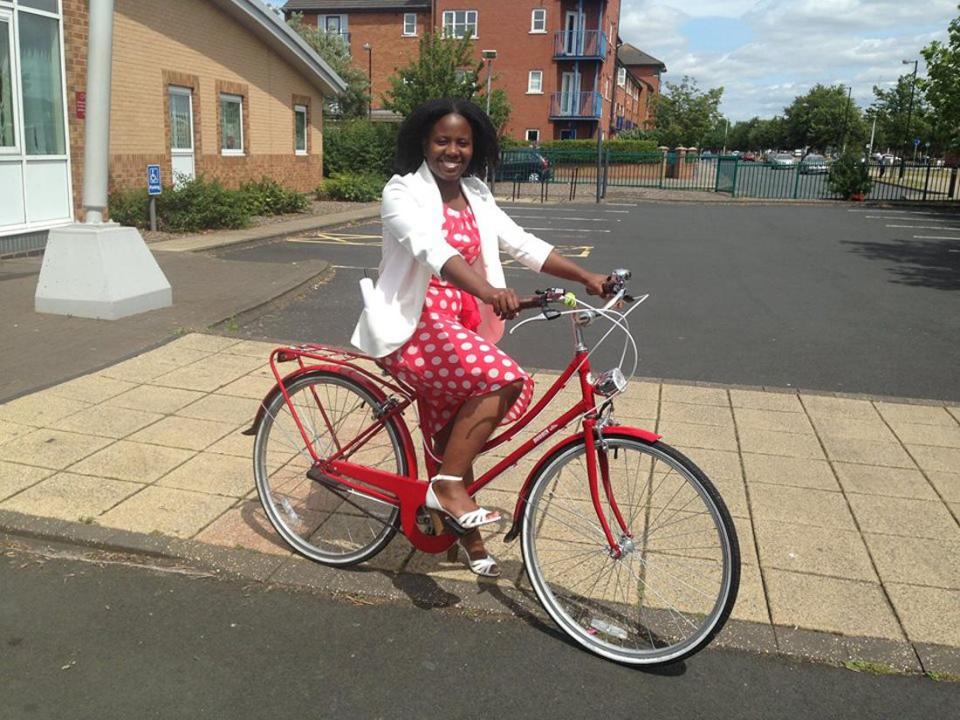 Mandisa said: “I started selling it as I wasn’t passionate about teaching anymore. I order up to 40kg a week, keep it all around my house and then distribute it.

“Now I’m a successful businesswoman, selling it to people just like me. Eating clay makes me feel healthy, it’s just like a detox. I even eat it off a spoon sometimes, like yoghurt or ice cream.”

Mandisa discovered her new favourite snack after finding an online forum where people discussed their non-nutritious eating habits – and it was here that she stumbled on the condition pica for the first time.

She said: : I’d never heard of it before, but it sounded just like me.”

When I became a teacher, I’d eat clay and chalk in my classroom in my breaks.

“I asked if anyone had any other alternatives to chalk and someone mentioned clay.

"I ordered 300g of the stuff from Georgia, USA, for £30, and other types from Africa, Russia and the Ukraine … and I was hooked.”

Before she set up her business Mandisa was spending £20-a-week on a 500g bag of clay.

She said: “I’ll take it to the cinema in a little bag and eat it after my popcorn, have it on a night out after we’ve been to the chip shop or nibble on a small amount if I have indigestion. 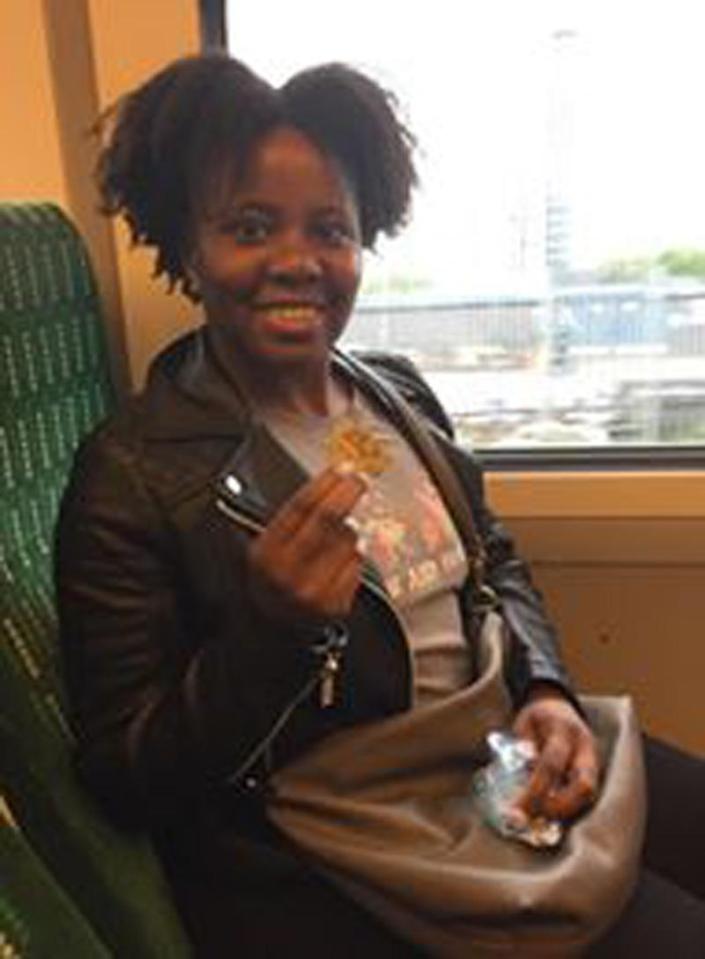 Mandisa has been warned by colleagues she could be damaging her body, but she remains adamant that her weird snack is good for her.

She said: “It’s my body, and the clay is actually a real detox for me. People have been eating it for hundreds of years.

“I won’t eat clay after I’ve had a healthy meal but if I’ve just had a really junk-fuelled snack it makes me feel so much better and healthier.”

But, at the end of April 2017, she became concerned about the amount she was shelling out on postage.

She said: “I decided that if I became a seller myself I’d save money as well as giving the pica community more choice of things to eat.” 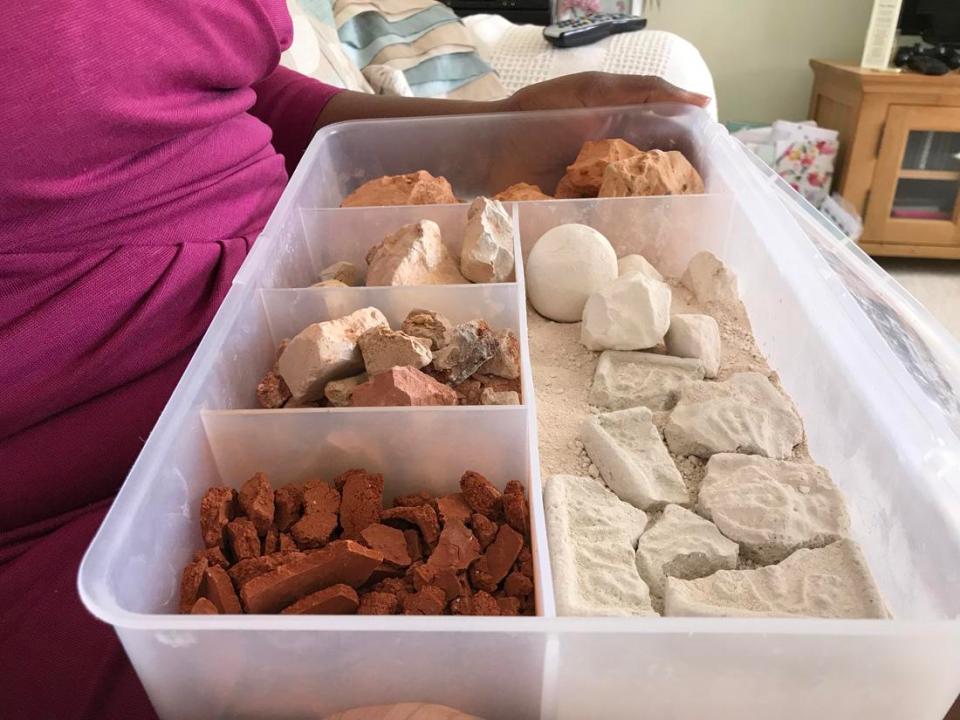 Starting with just a handful of customers from online forums, Mandisa set up her business called Earth’s Clay Store, expanding her client base to include almost 500 people in just a year.

And in April this year she quit her job as a science teacher to sell clay full-time from her three-bedroom home on the outskirts of Birmingham.

Selling 190 types of clay, chalk and slate pencils to other people with pica, Mandisa is now close to matching her teaching salary.

“Starting to sell clay was the best decision I’ve ever made,” she said.

“Our house is a little over-run with my supplies and I’m at the Post Office most days, posting it around the globe, but it’s the best job in the world for me.”

In March, sales executive Candice Knox admitted that she refuses to leave the house without a sponge in her handbag in case she gets peckish.

And last year, a man claimed that his love life is in tatters after his unusual addiction to liquid detergent has put off any potential dates.

Zhang Yue, 31, confessed that he realised his fondness for washing-up liquids, soaps, and shampoos in 2012.