A MUM was in stitches after seeing a "sweet note" her son left for his dad – he accuses his father of trying to kill him, and says "this is a warning".

The boy wrote the hilarious and extremely dramatic letter after his dad turned off the fan in his bedroom without his permission. 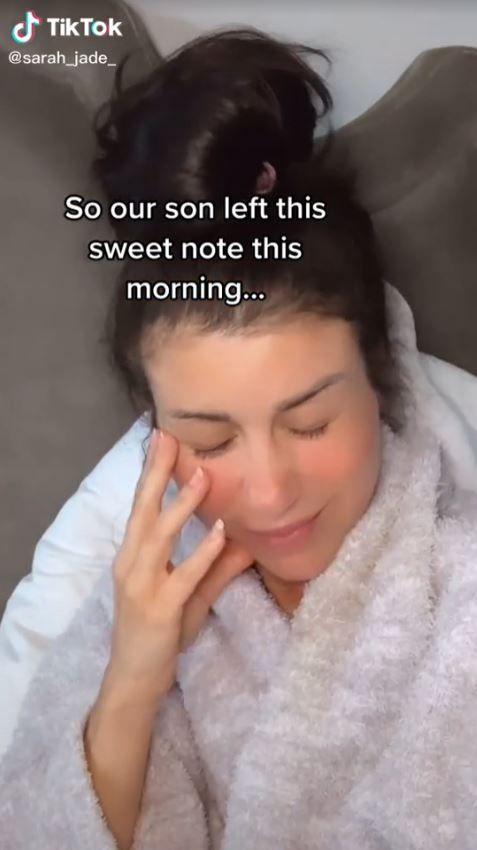 Tiktok user and mum Angie shared the note with her followers and said: “It’s going to be a long summer.”

Angie’s son wrote: “Dad why did you unplug my fan? Besides it’s hot in my room.”

Things quickly took a turn for the dramatic, however. 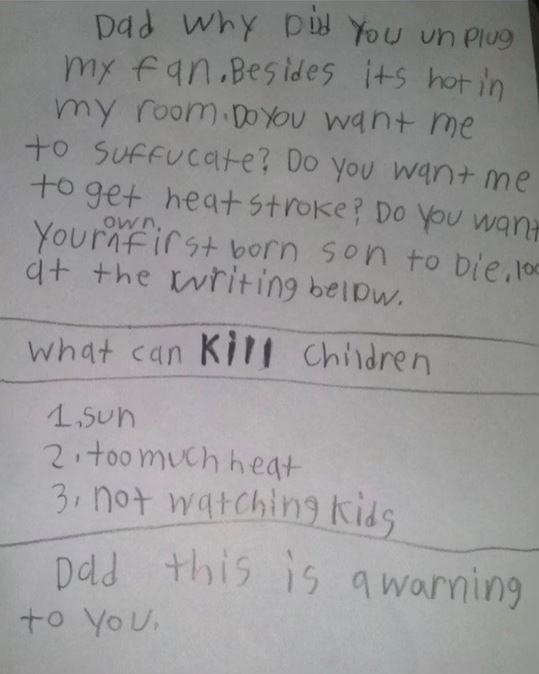 He then let his father know in no uncertain terms how seriously he took the situation, as he listed things that “can kill children”.

He finished the hilarious letter with a clear message.

“Dad this is a warning to you”, he summarised.

The video has racked up over 300,000 views, and commenters think the letter is hysterical. 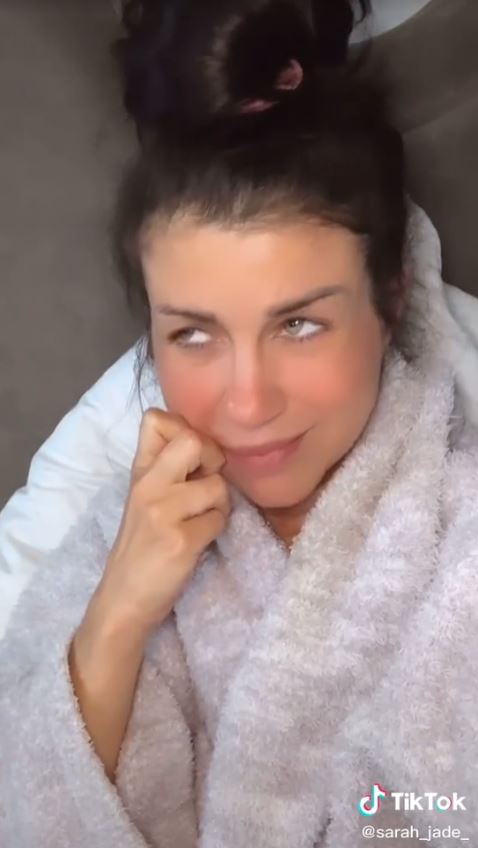 Many joined in with Angie’s son, sarcastically stressing the importance of his bedroom fan.

“Geez dad, get it together”, joked one commenter, while another wrote: “Well????? Do you want him to suffocate or not???”

A third agreed: “How dare you allow your husband to unplug his fan! I mean he is his first born son! Only unplug the second or third born!”

One amused viewer said: “This is absolutely the best video EVER! Get that child a ceiling fan!”

“I can’t stop reading this”, enthused another viewer.

For more parenting stories, this mum issued a warning after her daughter ended up in A&E with severe burns caused by Aldi gel washing machine tablet.

And this mum transformed her "dumping ground" kitchen diner into stunning kids’ playroom – and she even did wood panelling for cheap.

Plus, parents reckon Aldi’s £3.50 Peppa Pig & Hey Duggee plates are the secret to getting fussy kids eating their dinner.