Home » Fashion » Mum shows off Christmas present haul after locking herself in a room to wrap them, but is savaged for spoiling her kids

A MUM has shown off her giant pile of Christmas presents after hiding in her room for hours just to get them all wrapped.

But while some could appreciate her efforts, particularly her patience, many slammed her for spoiling her kids, and say she has spent way too much. 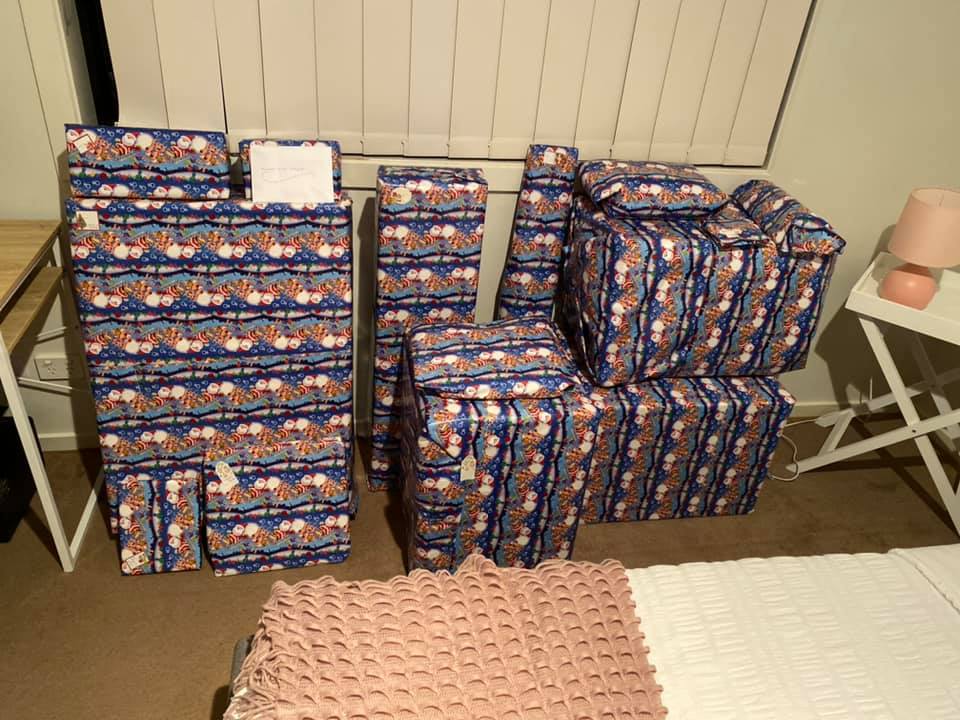 The Australian parent posted in the Aldi Mums Facebook group sharing a selection of snaps which show piles of presents stacked up in different areas of the room.

Many are stacked high with gifts of all sizes and it's really pretty impressive.

Alongside the photos, she revealed: "This is 4hrs of my life I won’t ever get back.

"Locked myself in the spare room tonight to wrap the families Xmas presents and wasn’t coming out till done!! 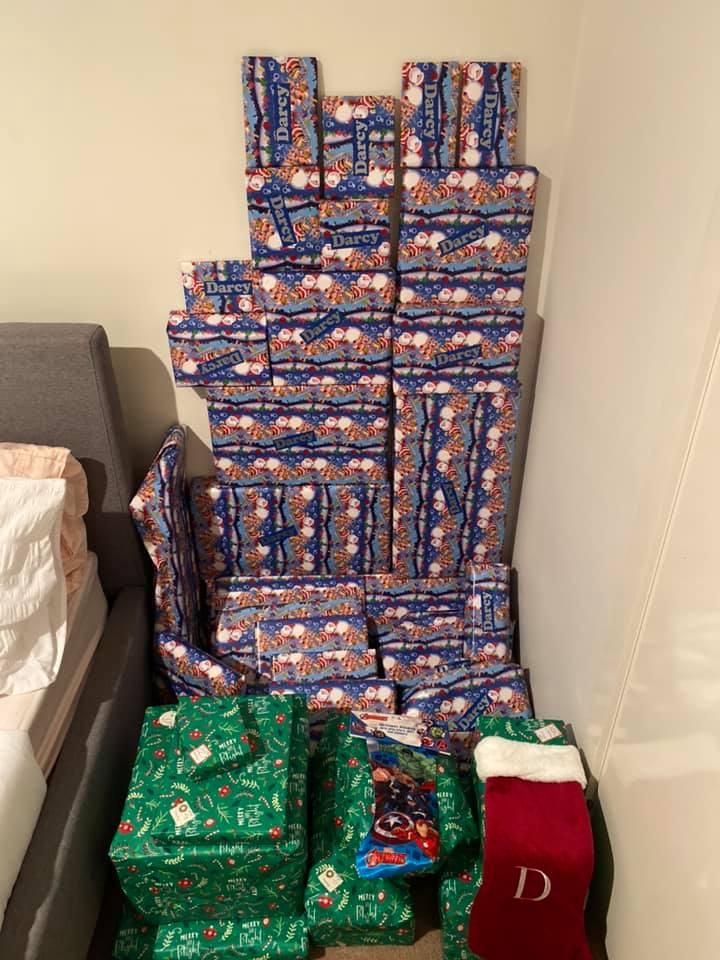 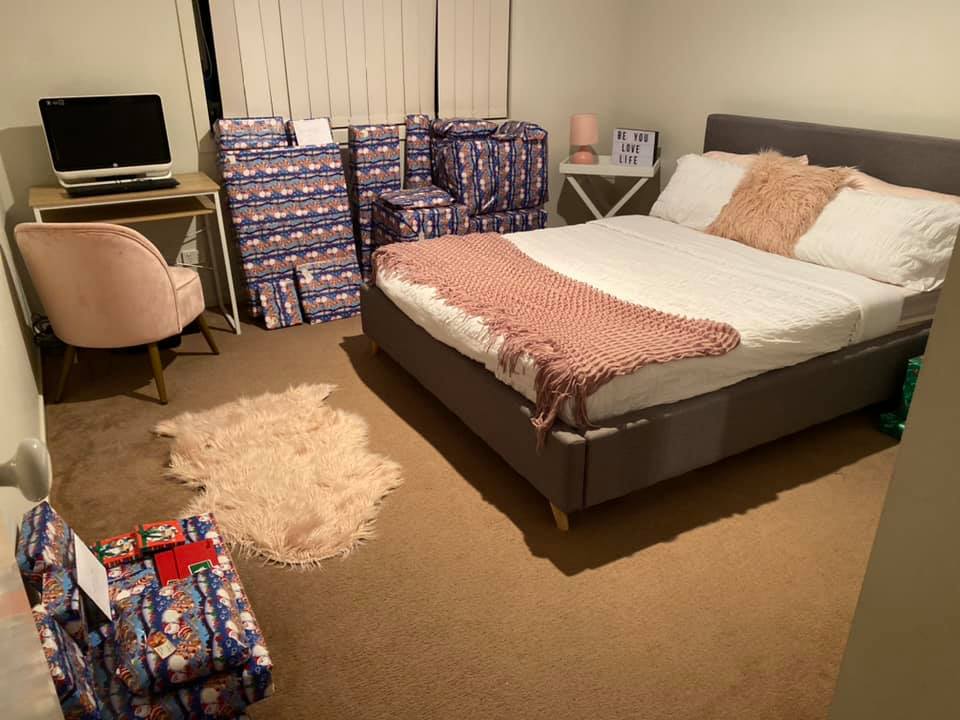 "Aldi Xmas wrap, blue is from Santa green from mum and dad."

But not long after posting, some group members took aim at the amount of presents the kids would be receiving – which later caused the mum to defend herself .

She wrote: "My post has upset a few precious people. To those giving me a hard time let me give you a little background info."

She said that, like everyone else, her family really struggled this year and that because of seven months in lockdown she was not able to see her grandchildren. 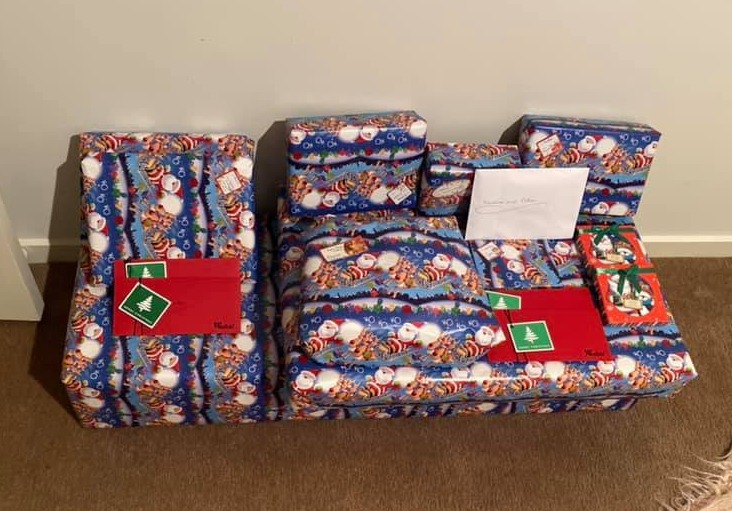 In this time, they also missed out on celebratingher husband's 40th and their son's 21st, so they wanted to go big on Christmas.

She continued: "What I find funny how people have opinions on this sort of stuff.. what they don’t know is between my husband and I we have 5 kids, 27.21.17,13 and 8, plus I have 5 grandchildren and one on the way.

"These presents are for my whole family as in everyone not just my 8yr old son. Yes that one pile is for him and yes a lot r from Santa but my son loves Xmas and Santa is the bees knees to him, after all he is the only one who still believes and the others go along with it."

She concluded by saying: "I for one know how quickly kids grow and I want to make the most of it while I can and keep the magic alive…" 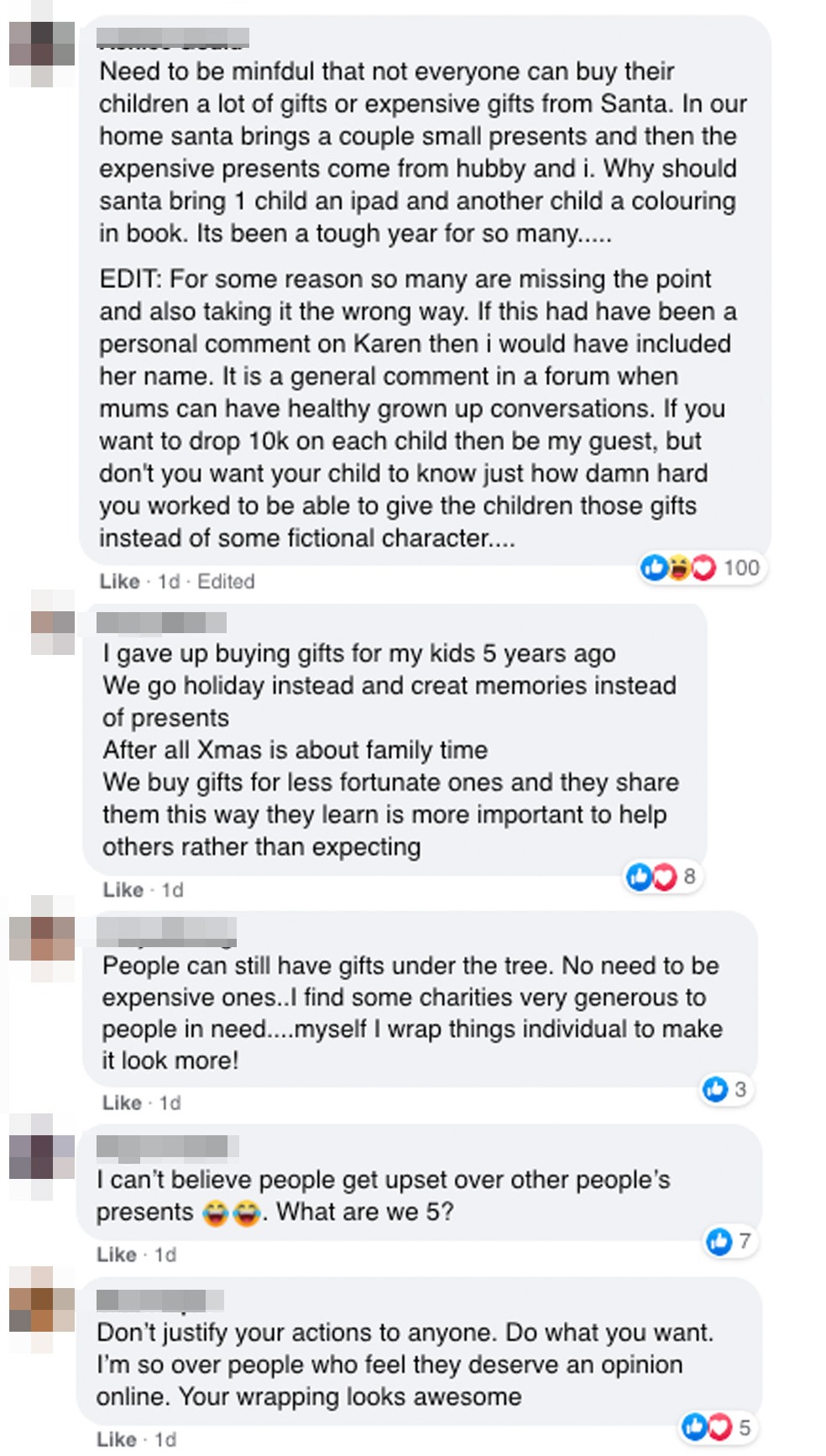 Many people jumped to the woman's defence and applauded her for going all out after the troublesome year we've all had.

One woman wrote: "Great job, I love it. And yes you have worked hard to give to your family don’t let others take that from you as I do exactly that."

And another said: "You don’t have to explain yourself to anyone. It’s your Christmas! You do your Christmas your way! Have a merry Christmas."

Others echoed the same sentiments urging her to "ignore" the negative comments and that she "doesn't have to explain herself" to anyone.

In other festive news, this present-mad mum was branded 'disgusting' over her huge pile of Christmas gifts.

And a Mum makes amazing Christmas garland for just £12 using bargains from Lidl.