Taking to The MotherLoad’s Facebook page, Emily explained how a sanitary towel helped her youngster’s cold. 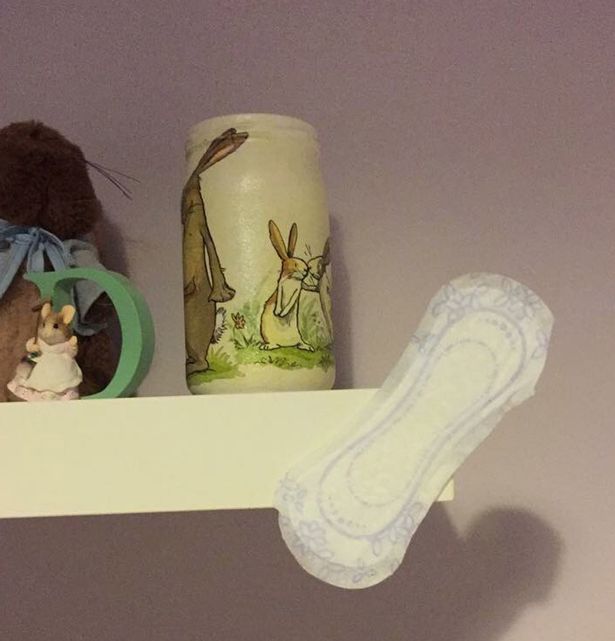 She wrote: "Snotty baby needed something to help the congestion. Covered this in some Olbas Oil – works a treat.”

She joked how her other half “thought I had finally lost it".

Emily covered the pad in the decongestant and stuck it to a shelf above her daughter's bed – and it worked brilliantly.

The post has been liked more than 1,000 times and other mums are praising her eccentric idea.

"Brilliant, I will do this tonight,” wrote one as another said: “Brilliant idea, beats a bit of tissue!"

One commented: "Genius! I am totally adopting that idea."

Emily told Mirror Online: "It was 3am and she couldn't breathe. I had the oil but no tissues, it didn't occur to me to use toilet roll.

"My husband was just confused as to why it was stuck onto the shelf. He thought I'd done it by accident without realising."

Previously, a mum shared a genius hack for picking her son’s Lego off the floor.

Meanwhile, another mum has revealed how to stop toddlers destroying a bathroom – with just a hairband.

And these parents have revealed the hacks they swear by.