A DAD says his eight-month-old boy nearly died of heart failure after doctors dismissed the signs for a chest infection.

Leon Lima, 34, has spoken of his fear of almost losing baby Luka after seeing his son suddenly turn blue as his heart collapsed “like a floppy balloon”. 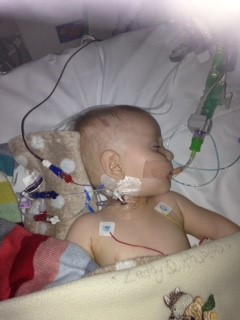 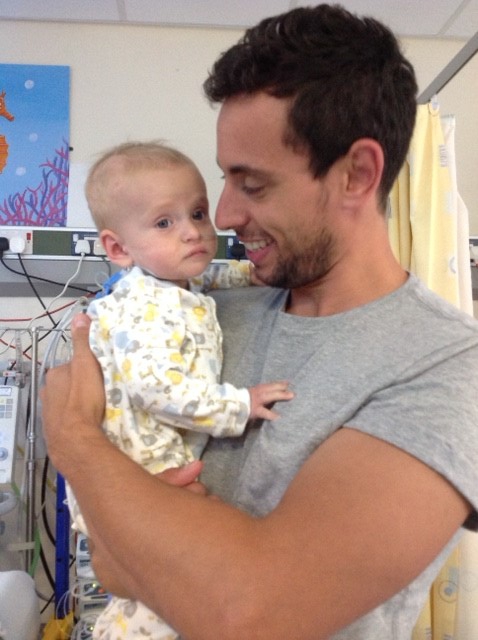 The teacher, from Bournemouth, Dorset, said that he and wife Fiona, 38, had braced themselves for the worst as medics battled to save the infant’s life.

He was put in an induced coma and, after a few days, doctors told the couple their son had a rare heart condition, known as dilated cardiomyopathy (DCM).

The disease leaves the heart muscle stretched and thin, meaning it’s unable to pump blood around the body efficiently.

Luka had been suffering with a heavy cold and doctors had initially told them it was a chest infection.

But after 10 days of being in and out of A&E, the youngster took a sudden turn and went visibly blue in front of them.

'I never imagined it could happen'

Leon told The Sun: “When we got to the hospital they said his left ventricle was like a floppy balloon.

“When they told us it was heart failure, I thought it only happened to older people – I never imagined it could happen to a child.

“It was horrendous. I closed my eyes and I remember the registrar and consultant trying to find a vein in his head.”

The couple were asked to move to another room while doctors operated.

When they told us it was heart failure, I thought it only happened to older people

Leon said: "I'm not religious but when we woke up I thanked whatever it us that could be up there that he was ok.

"We were told he had been put into an induced coma and it had worked."

When they were allowed to see their son, the couple we shocked.

"Every part of his body was covered in tubes," Leon said.

"He was warm but everything is mechanical."

'Braced for the worst'

Leon said that they were eventually given the diagnosis – but it was something they'd never heard of.

"They were clear it was dilated cardiomyopathy and they said that there was not much success history, so we were braced for the worst.

"The first couple of days were very emotional because we thought we were going to lose him."

He was brought out of the coma after a few days but he was still very poorly.

Leon said: "You can imagine, our world was upside down."

Eight weeks later, Luka was discharged from Glenfield Hospital in Leicester, where he had been blue-lighted because there were no beds available near their home in London.

What is dilated cardiomyopathy?

Cardiomyopathy is a disease of the heart muscle.

It isn’t a single condition but a group of conditions with different causes, that each affects the heart muscle. It can affect the shape of the heart, the size and thickness of the muscle walls, and how essages are sent through the heart.

This affects how the heart works, reducing its ability to pump blood around the body. How the heart is affected depends on the type of cardiomyopathy the person has.

Dilated cardiomyopathy (DCM) is when the muscle of the left ventricle becomes enlarged (dilated) and stretched.

The muscle becomes bigger, thinner and weaker and less able to pump blood out of the heart.

Cardiomyopathy is often a genetic condition, which means that it is caused by a mutation in the person’s DNA and affects how the heart develops and how it works.

Some mutations happen spontaneously as a baby is developing in the womb, and some are passed on from parent to child.

As cardiomyopathy can be inherited, in some families several members will have the condition.

For this reason, if someone’s cardiomyopathy is thought to be genetic, it is recommended that their close family members such as parents, siblings and children are tested for the condition too.

Other causes of cardiomyopathy include:

The family had to go back and forth from Great Ormond Street, so doctors could monitor his condition.

Luke continued to make improvements and the family decided to move to Scotland, where Fiona is from, to be closer to family for support.

But after 12 months, they realised living over the border wasn't for them and they returned to Poole where they had first met.

Luka, who is now four, is doing well but the trouble with his condition is it's unpredictability, his dad says. 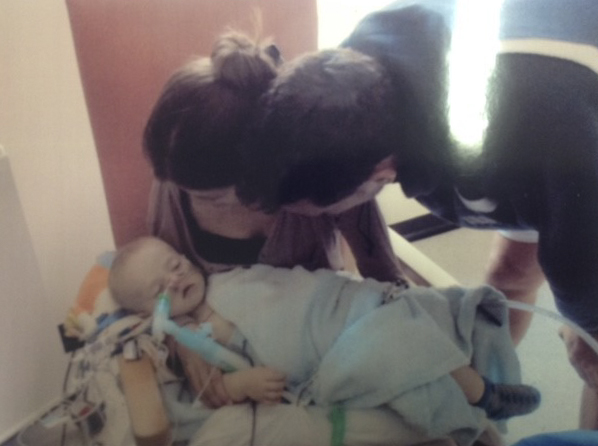 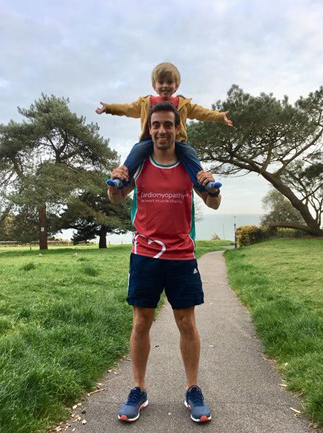 "But Luka’s condition is not predictable and we do not know what is around the corner.

"If he ever unfortunately had a turn with the drugs that’s the big risk.

He added: "You’d look at him and think nothing of it.

"We know him and he’s hit all his milestones but we feel there is some delays socially because he missed those key 14 months of development.
"Our worry he’d get an infection. I remember being in London and my wife wanted to wrap him up, so we wore face masks.

“Dilated cardiomyopathy is the leading cause of paediatric heart transplants and we can only hope and pray that our son manages to grow in good health, avoiding the need for this medical procedure.

"We are also optimistic that with medical advancements, this heart condition can be managed more effectively, allowing for our son to lead a full life with normal life expectancy.”

Leon is now preparing to run the London Marathon this weekend for charity Cardiomyopathy UK.

"We rely entirely on donations and the funds Leon raises will go towards improving access to quality treatment, promoting clinical research and supporting anyone affected by cardiomyopathy.

“As Luka’s story shows, young people don’t conform to a ‘typical heart patient’ so unfortunately, misdiagnosis can happen and symptoms of cardiomyopathy can be attributed to something else.

"We need to abandon our preconceptions and stereotypes of what a patient with a heart condition looks like.”

“If you or a family member has any symptoms of cardiomyopathy, which are heart palpitations, tiredness, breathlessness, swelling in the abdomen or ankles, pain in the chest and dizziness or fainting, you should speak to your doctor.

"Cardiomyopathy is often hereditary so it is also important that your doctor knows about any history of heart disease or sudden death in your family even if you are not experiencing any symptoms.” 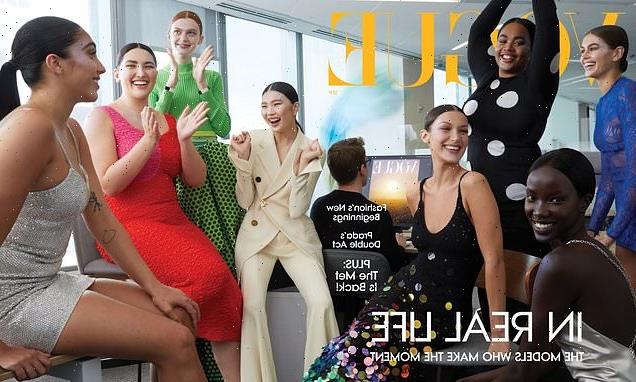