A WOMAN with severe allergies almost died after being served a 'dairy-free' salmon dish containing cream and milk.

Ruth Holroyd, 47, developed a violent red rash nearly immediately and before an ambulance arrived 10 minutes later, she was already drifting in and out of consciousness. 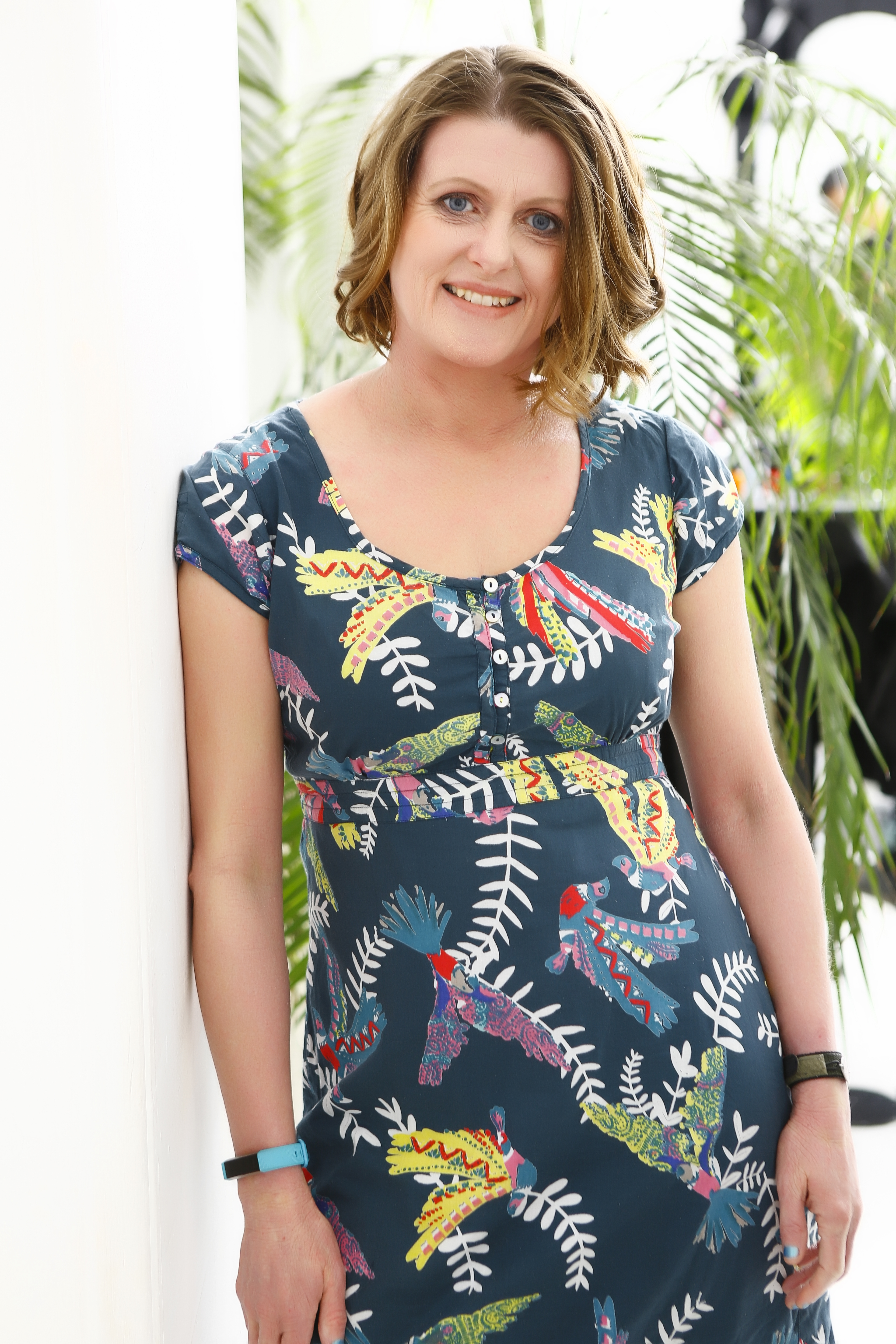 Ruth, from Buckinghamshire, returned home from hospital the next day, but her mental recovery took much longer.

Here, she opens up about how she overcome the trauma of being served a dinner that almost killed her.

Looking down at the angry rash rapidly spreading up my arms, I felt terrified. Only moments before,

I’d eaten a ‘dairy-free’ salmon dish in a local pub, but I knew I was having a serious allergic reaction. As a friend called an ambulance, I was going into shock and struggling to breathe.

As a child, I developed hay fever and allergies to dogs, cats and dust, which I controlled with an inhaler or antihistamines.

As I got older, nuts began to make me vomit, so I avoided them as much as possible. I was formally diagnosed with a nut allergy at 19 after eating a curry containing peanuts.

I was left projectile vomiting with my eyes swollen shut and my throat closing up. When I saw a doctor the next day, he said: ‘How the hell are you still alive?’ He gave me antihistamines, and I began carrying two adrenaline-filled EpiPens that I could inject into my thigh to stop a reaction. 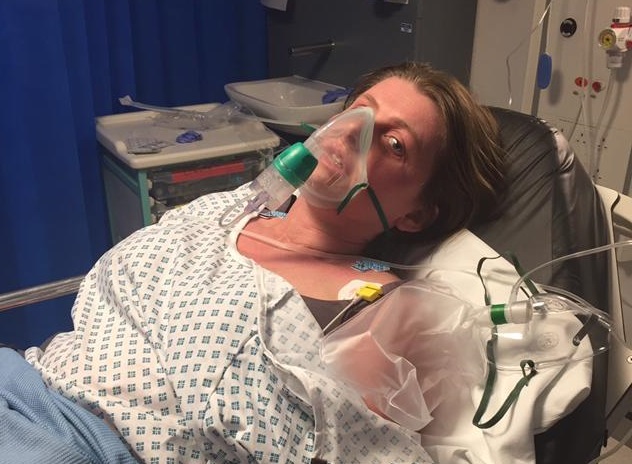 After that, life became more complicated. I had to risk-assess every meal and I felt paranoid each time I ate out. In my early 20s I had a reaction after kissing a boyfriend who had eaten peanuts a few hours earlier.

After that, I would only kiss him if he had avoided nuts for at least five hours beforehand.

During my 20s and 30s, I was hospitalised 10 times and suffered more than 30 reactions after unwittingly coming into contact with nuts.

I also developed a dairy and soya allergy, which made me even more afraid, but I never quite accepted the fact that it could be fatal.

Until that evening in November 2018, when I went out for dinner with friends at a pub in Hertfordshire. I’d eaten there many times before, and as always, I phoned in advance and went through the menu with the front of house staff, while they noted down what I couldn’t eat.

It turned out, though, that evening they never passed the notes over to the kitchen. 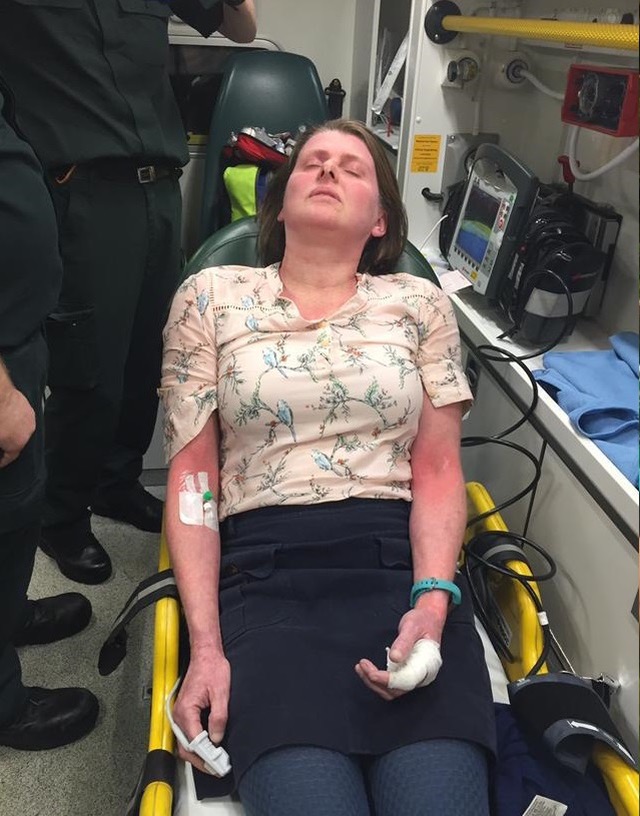 I was tucking into what I thought was dairy-free salmon, when I noticed the violent red rash on my arm. I began to physically shake and started struggling to breathe as my friends called 999.

By the time an ambulance arrived 10 minutes later, I was drifting in and out of consciousness.

Waking up four hours later in Watford General Hospital, hooked up to various machines, I felt relief, but also fear at how close I’d come to losing my life.

It turned out that the salmon contained cream, cream cheese and milk, triggering my near-fatal reaction. I began to have flashbacks of hospital staff saying: ‘She’s not responding’ and I spent that night in hospital, on an oxygen mask and rehydration drips. 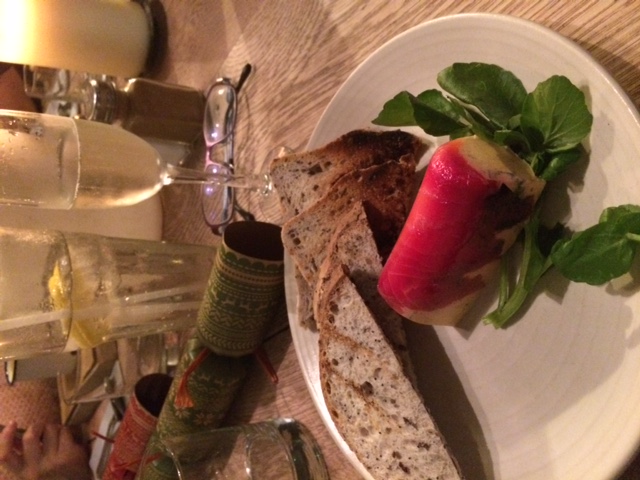 I was physically well enough to return home the next day, but my mental recovery took much longer. I’d never really believed my allergies could kill me, but now that I knew that was a real possibility, it was devastating.

I became too scared to leave the house and the only place I would go was to my mum’s for tea.

In January 2019, my GP recommended counselling. But I still suffered from anxiety, I’d stopped sleeping and if anyone asked how I was, I’d burst into tears.

That April, I quit my job as a marketing manager to help ease my anxiety. Slowly, I realised I had things to be grateful for – I wasn’t in pain or terminally ill, and my allergies weren’t a weakness to be ashamed of. I began rebuilding my life and got a new job.

I reported the pub to Trading Standards, and they were fined £23,000 after pleading guilty to offences under the Food Safety Act. I’m now making a personal claim against them. 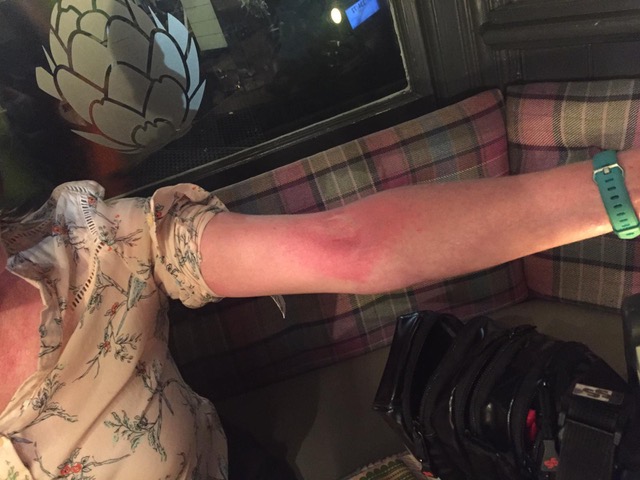 In the UK, around 2 million people live with a diagnosed food allergy.*

Up to 20% of those with allergies live with the daily fear of a life-threatening asthma attack or anaphylactic shock.**

These days, friends get me to book meals. I always avoid food on first dates and the men I’ve dated have been understanding. Yoga and running help keep me calm, and in 2019 I wrote a book called The Reluctant Allergy Expert.

I cried so much as I wrote about what I’d been through. It made me realise how hard I’d been on myself and my body for not being perfect, and how close to dying I’d actually come.

You never get a holiday from allergies, and I know that for the rest of my life I will have to be very careful.

Sources: *Gov.uk **The European Academy of Allergy and Clinical Immunology