Home » Fashion » My husband told me to clean the house more so I’m divorcing him – but he blames ‘angry, bitter feminists’ for putting ideas in my head

A COUPLE broke up after she filed for divorce when he 'insisted she clean the house more' – but he blames her 'angry feminist' pals for the split.

Online fitness coaching couple Tracy Eden and Nic Edgerton married each other twice during their four-year relationship, with a legal ceremony in August 2017 followed by a proposal and second lavish wedding in Thailand in April 2019. 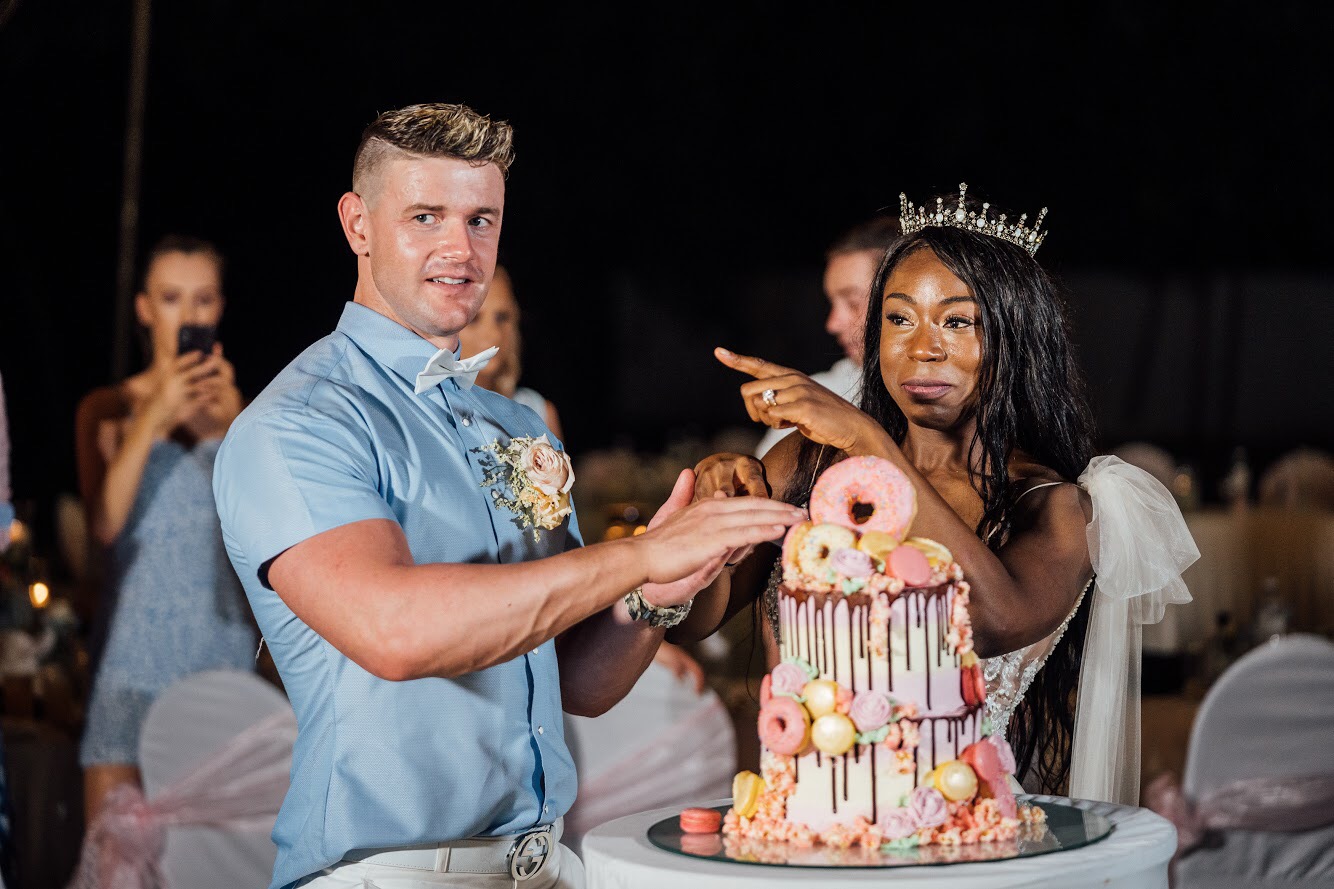 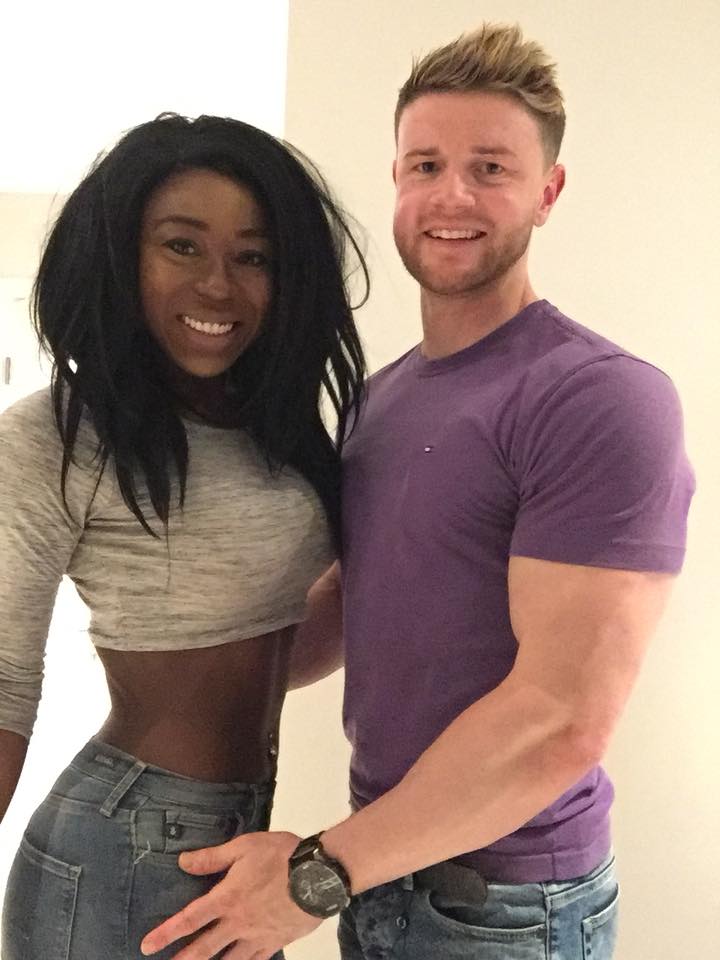 The couple met on TLC's Undressed dating show, but 34-year-old Tracy claimed she watched her perfect relationship destroyed as her "soulmate" turned into someone she didn't recognise.

She claimed the marriage started to turn sour shortly after their second wedding when Nic, from Melbourne, revealed he was no longer interested in having children and he became cold and distant.

Tracy said she was told to clean the house as it was a "woman's job" – despite working a senior position and commuting from their home in Birmingham to London to financially support them as Nic worked on their online fitness brand at home.

When she finally quit her job shortly before their second wedding, she said she crashed out with exhaustion – only for Nic to demand she put more effort into keeping their home clean. 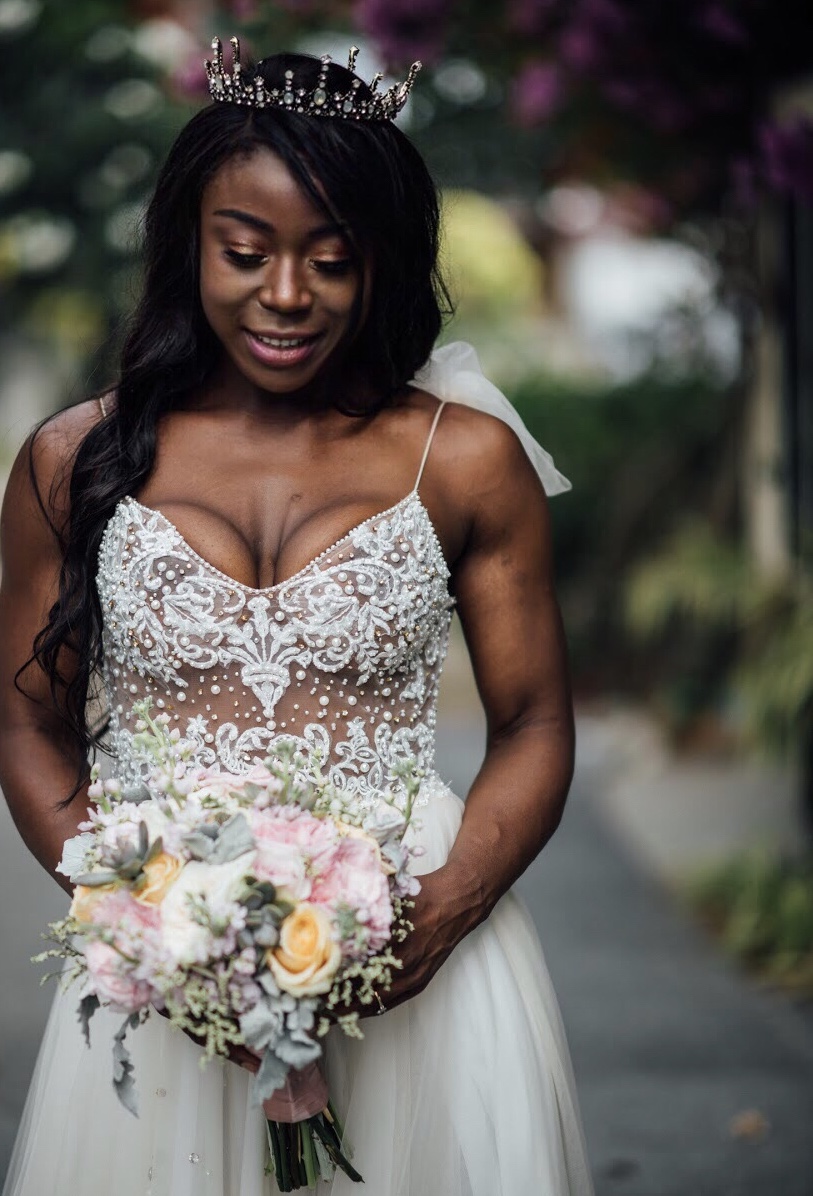 After they separated for good last month, Tracy posted a scathing message online slamming her ex-husband for "chipping away at her self-esteem" and criticising her for not keeping the house tidy.

However Nic claimed he was only joking when he said women need to clean houses.

He blamed her outburst on Tracy being influenced by friends who were "angry feminists who don't like men".

In a status detailing their marriage and breakup, Tracy, now living in London, wrote: "It’s coming up to a month to our first wedding anniversary and it’s with a mixture of regret and relief that I have to tell you all that we are getting a divorce when I return to the UK."

[It] has pretty much been a horror story for me for the past year.

She continued: "You’d think I’d be heartbroken but that happened in the many months I cried myself to sleep wondering who the hell I married, at this stage I was well into the healing phase.

"Despite all this, the only person I’m angry with is myself for falling for this s*** and my sadness comes from watching my family’s heartbreak when I tell them what’s been going on.

"I do not see myself as a victim here, Nic is not deliberately malicious, just self-absorbed. I am thankful I have escaped with not too much damage."

The status received hundreds of likes and 160 comments before Tracy removed it from public view but kept it online for herself to view as a reminder. 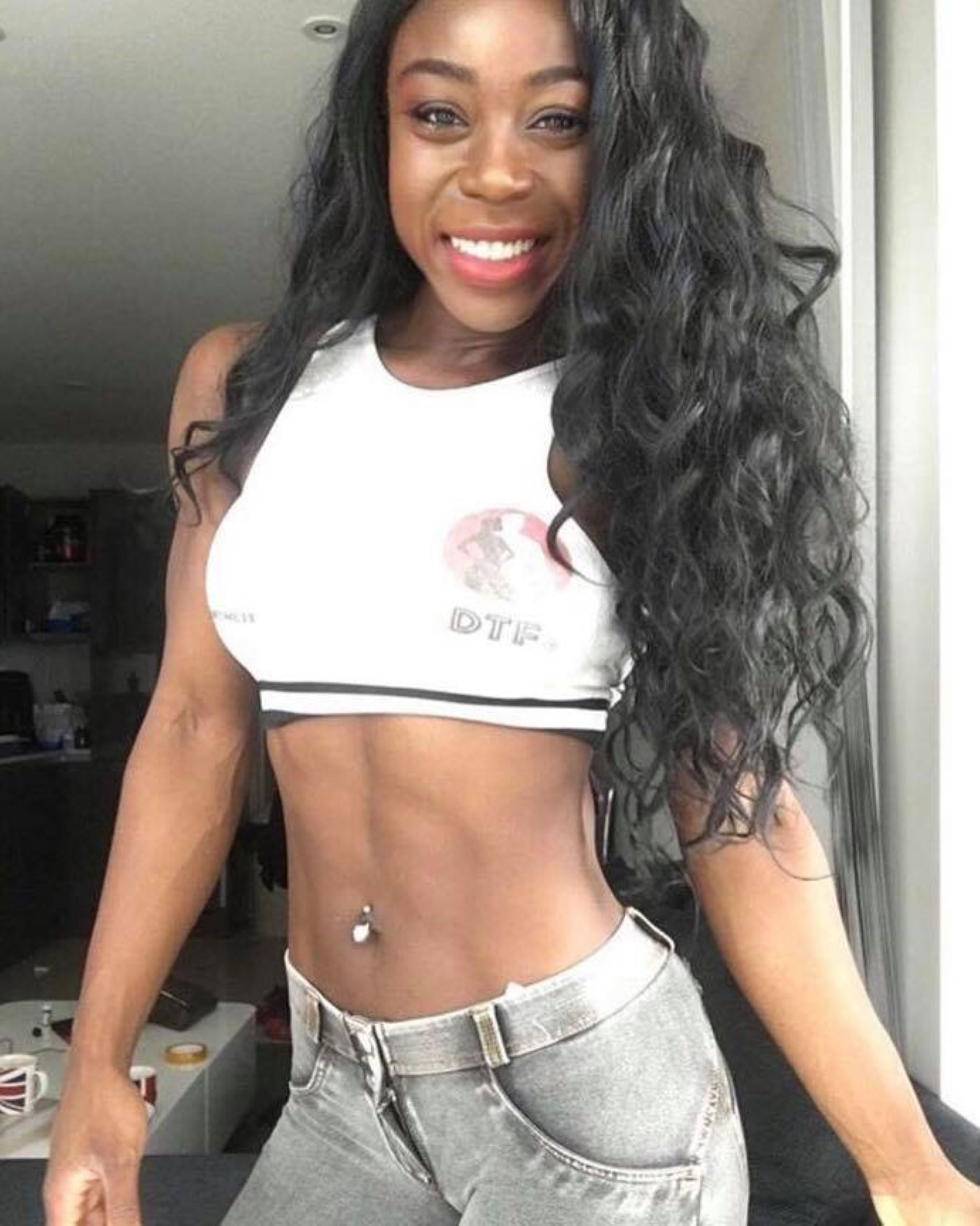 She said: "I didn't delete the post – I made it only viewable to me. I wanted to keep that reminder of why he wasn't in my life anymore.

"I wanted to have that permanent memory of who he really is before he goes on the charm offensive.

"[It] has pretty much been a horror story for me for the past year." 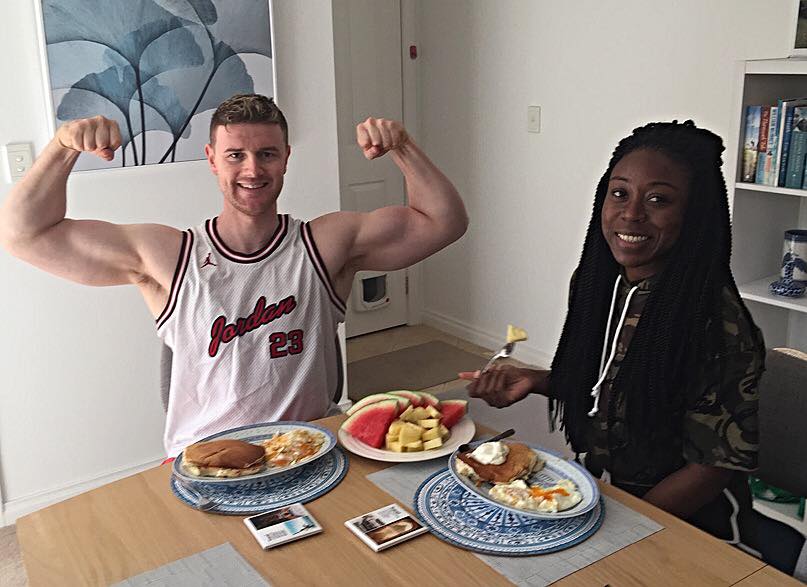 She added: "Having gone from having a perfect relationship up until he got what he wanted, and he turned into [someone] who I don't even recognise."

After seeing Tracy's status and receiving messages from friends asking if he was okay, Nic posted his own status to correct the "inaccuracies" of his former-wife's post and defend his masculinity.

In his post, Nic wrote: "I'd share Tracy's post but she hasn't allowed me to do so: but for those who have read it, let me correct the inaccuracies in the post and she has disrespected myself and my families name and their ability to raise me as a man [sic].

"I'm not angered by her post but very disappointed by what she wrote.

"So for those asking here is my response. I usually wouldn't post this on social media but I feel I've been backed into a corner." 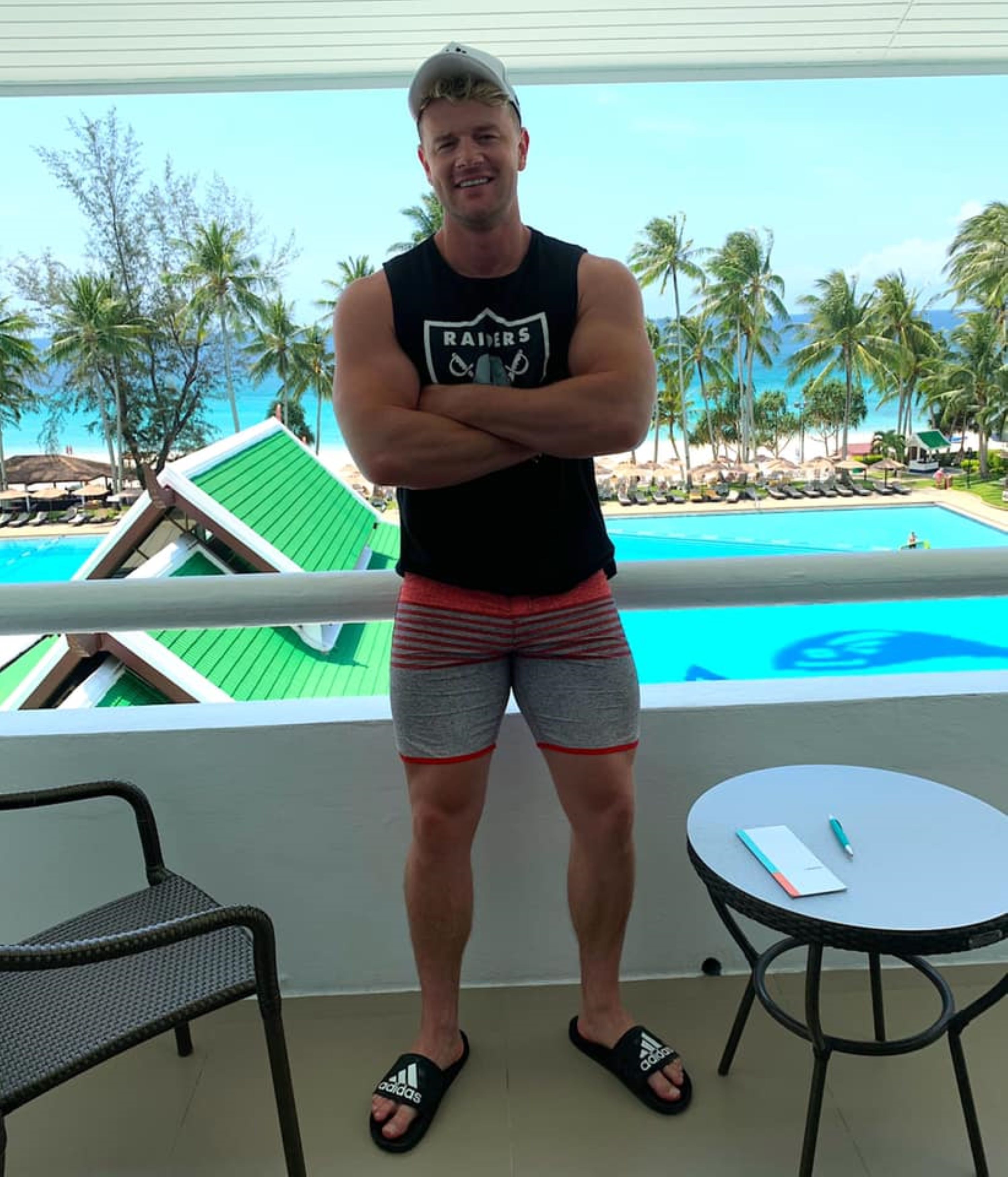 He wrote: "She's already messaged me saying she's going to delete it, I told her not to.

"Tracy, I stayed away from my family for the last four years to be with you again, not once was that appreciated.

"I married you for love which was never reciprocated. A man can only be pushed so far.

"I stripped so u [sic] didn't have to support me financially whilst I could build a career for you, I went into thousands of £££ of debt to make this happen without you knowing and I was constantly mocked and told by you telling me it's not going to happen.

"If it was role reversal and I stayed in a job, you wouldn't have been able to build the business I did. I did that so u could quit your job and live the life u wanted.

"Still to this day, there was never a thanks for that."

Not once did I ever say that women need to clean houses (I've said it jokingly sure).

He said: "Not once did I ever say that women need to clean houses (I've said it jokingly sure) however I did ask you to do that when you'd spend days on end being in bed because 'you're tired' from watching Netflix all day.

"I'm grateful for the good times we had together and I'll only look at our wedding day as a happy day."

The post received more than 80 reactions and comments in five hours, before Nic eventually deleted it.

Nic, 31, denied that he thought women should do the cooking and cleaning but claimed he did ask Tracy to do housework to encourage her to get her active again.

Nic blamed Tracy's status on her "listening to angry feminists" who are "all single and bitter at men". 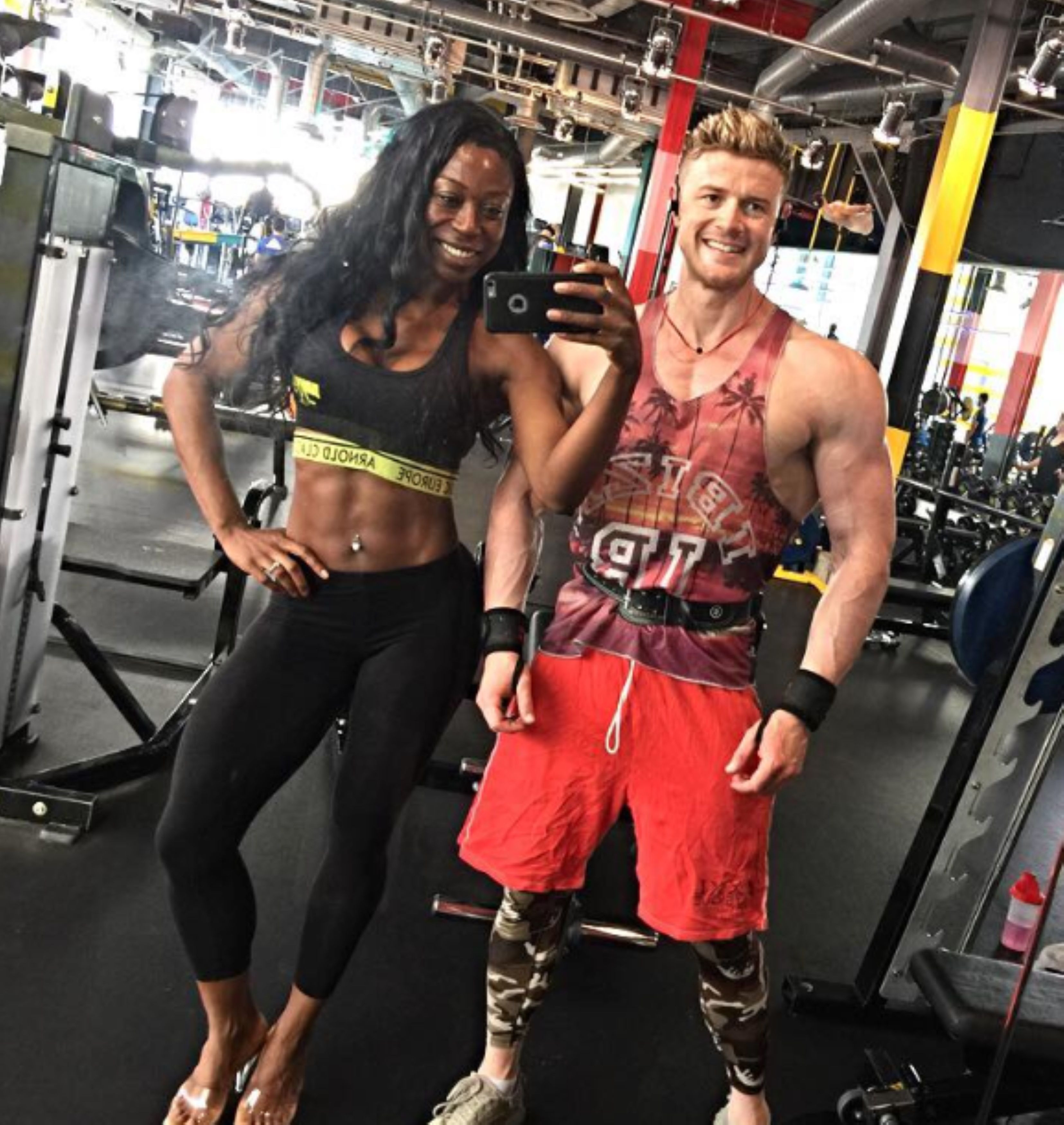 Nic said: "She's quite a sweet girl and I said to her, 'I know you've been hanging out with people who have put that s*** in your head to make you post that'. I know she wouldn't do that off her own back.

"She said, 'oh, I spoke to one girl who's been very supportive and blah blah blah'. I thought, 'oh, there you go'.

"I posted my status in response to hers because any time I would write on hers, I would get these random women who I've never even heard of who I don't even know if they know I exist, calling me a dog, an a***hole, a pr***." 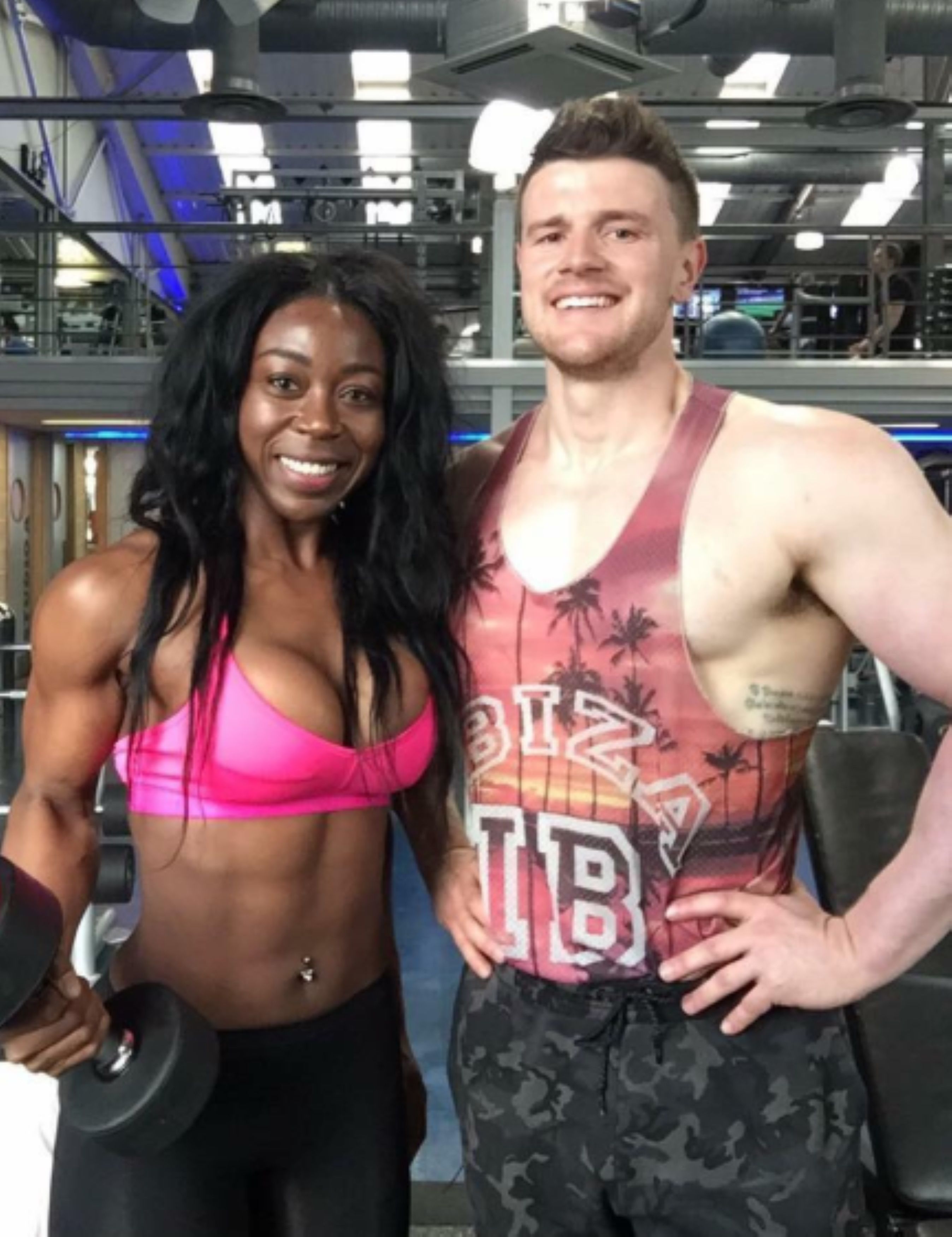 He continued: "All sorts of stuff. My family can see all of this. My family are not saying that Tracy is a bad person but they're very upset by what she's said.

"They feel as though – this is their exact words – people that read that status believe that they weren't very good at raising me as a man.

"I think she suppressed her voice herself trying to make her[self] believe that I was a bad guy." 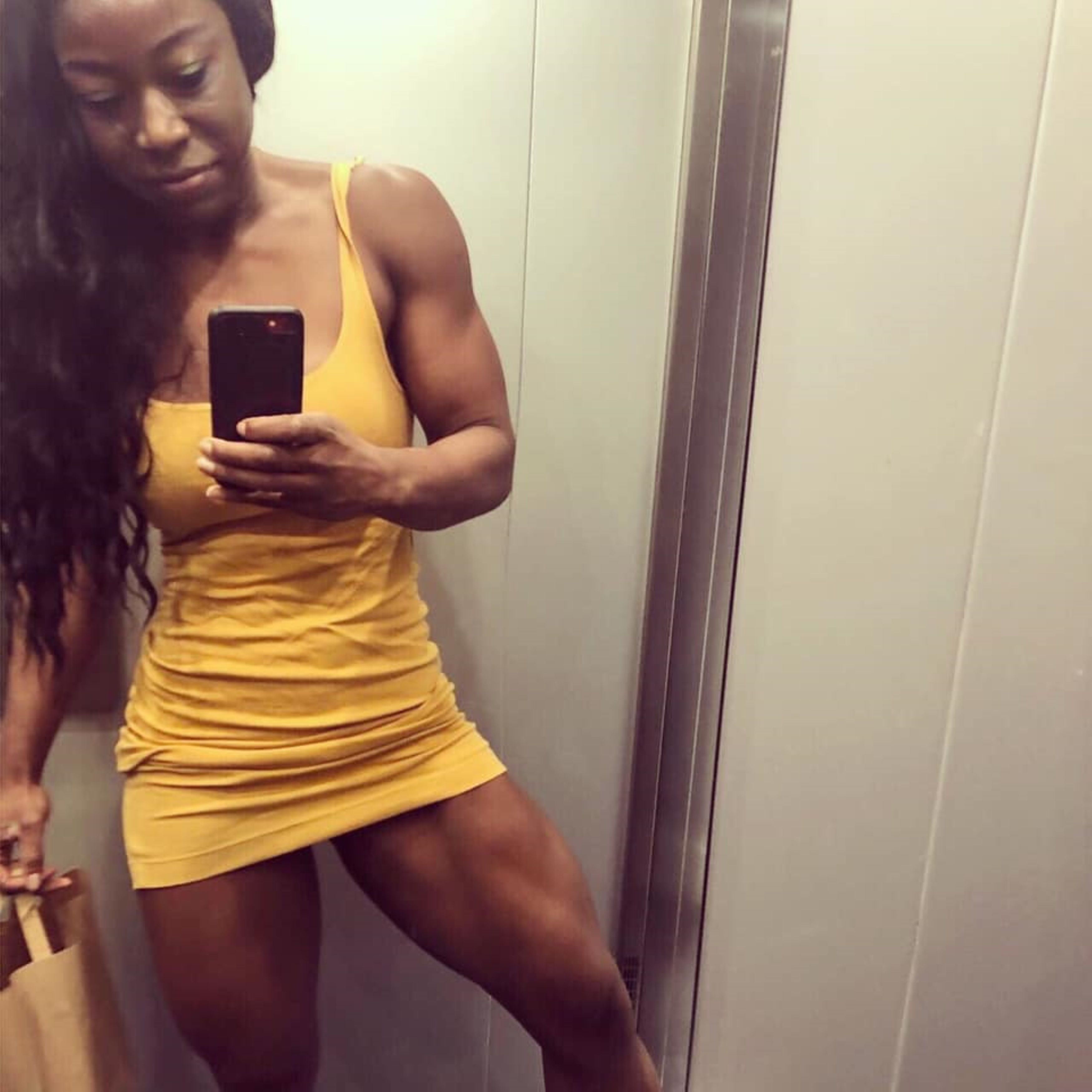 "But I think she's at the moment just very bitter and angry that has ended and she's looking for anything to try and disrespect my name." 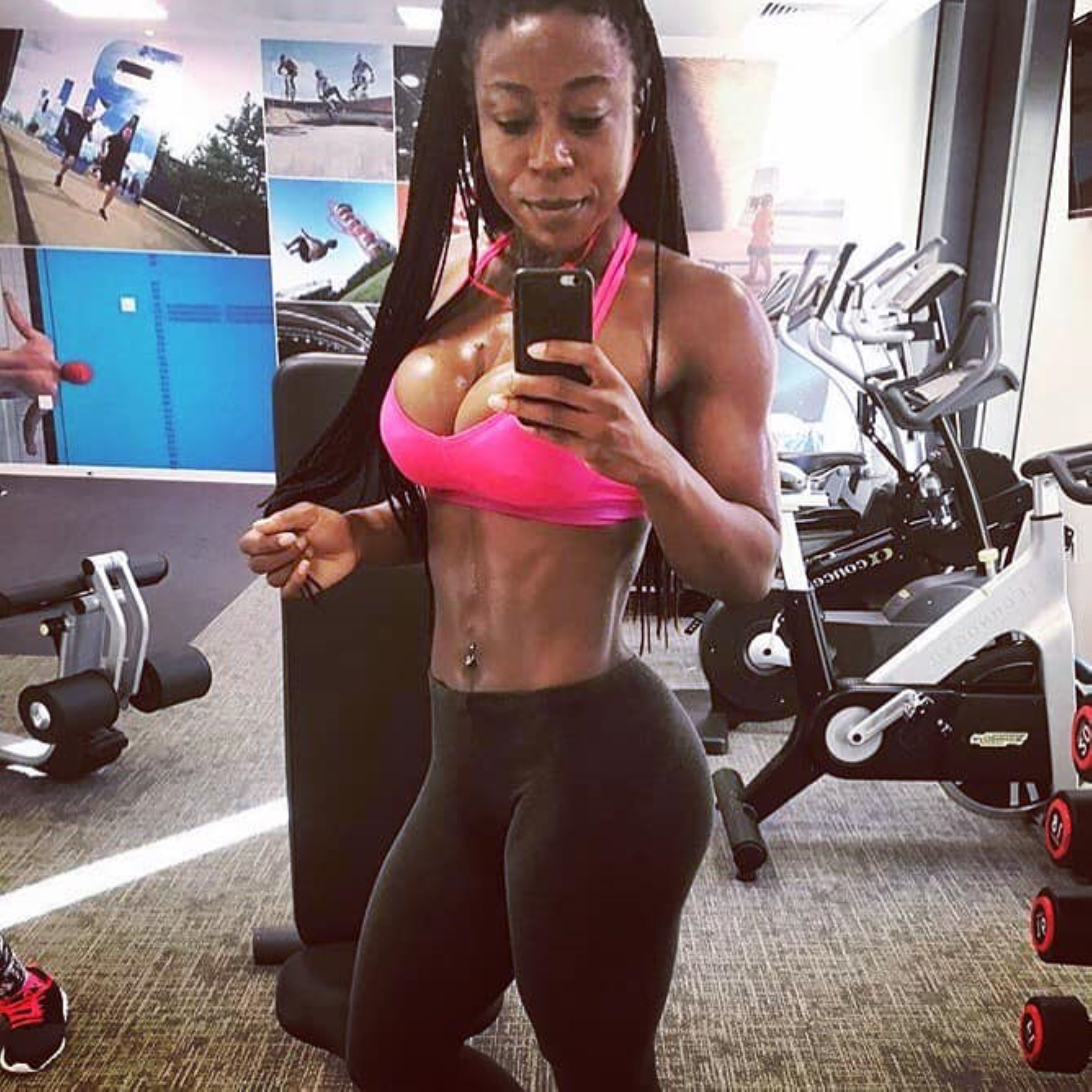 He continued: "Unfortunately I think she's listening to advice from the wrong people. Like I said, and I quote, angry feminists who don't like men.

"These are the type of women who are very strong feminists and want females to dominate men, not equality, and are hungry to find any excuse to bash a man when he's down.

"There are so many females like that in the world. This is why I don't like this whole Western feminist culture, because it's breeding inequality. I believe in equality.

These women making these accusations against me have no idea who I am.

"These women making these accusations against me have no idea who I am.

"I guarantee 90 percent of those women are all single and bitter at men. Anything I say on here you can quote me on as well, because I strongly back it."

In other news, a relationship expert has revealed the three types of men you should avoid dating.

While this Bridezilla forced her pal to fork out for the cost of her wedding – which she then cancelled.

And these teen YouTubers were slammed for faking their Las Vegas wedding and staging a pregnancy. 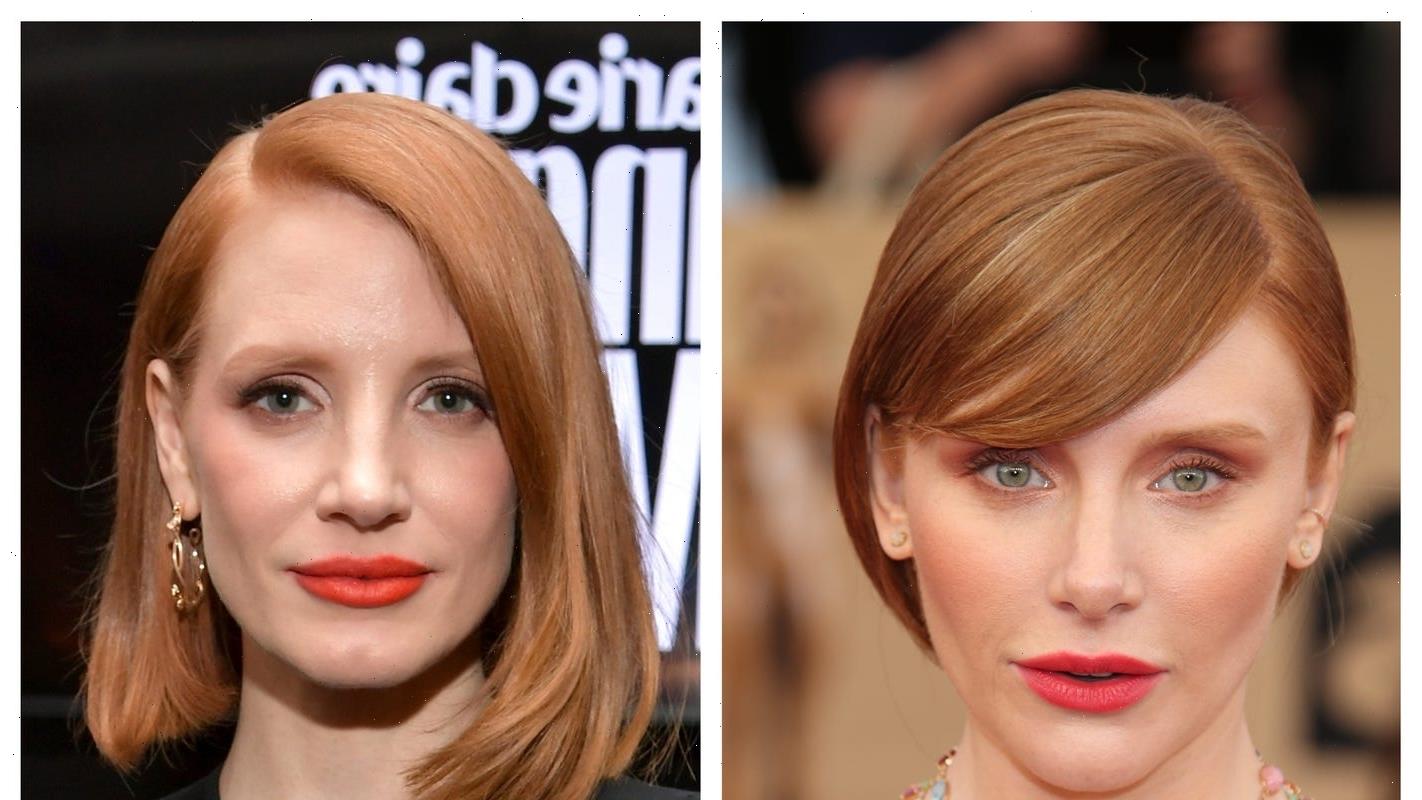 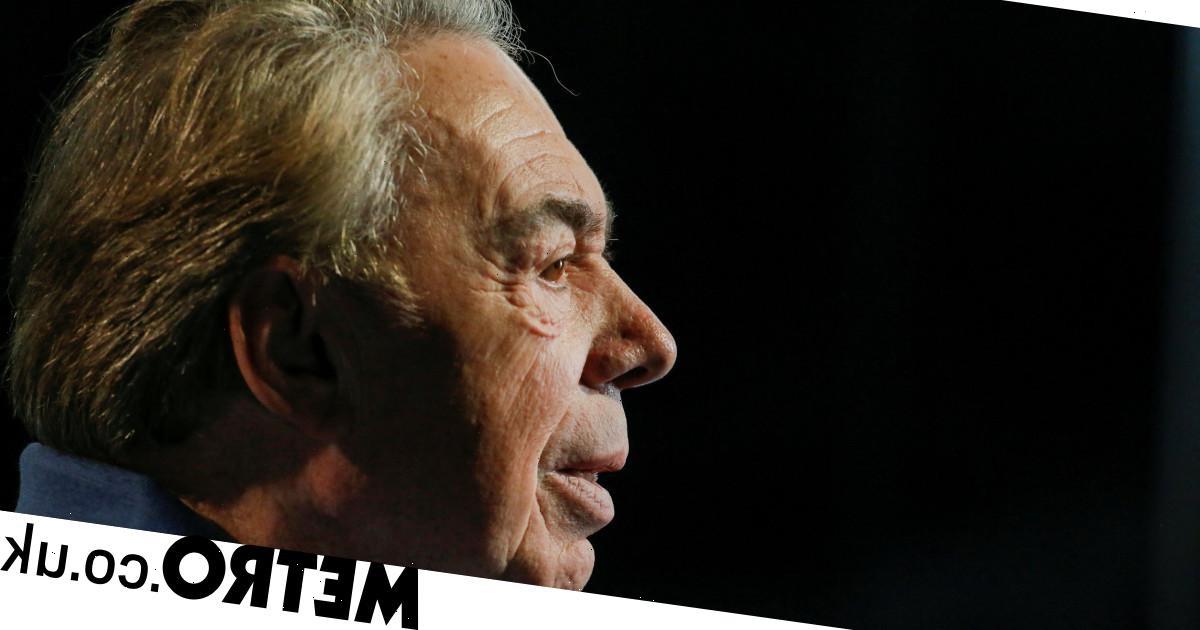 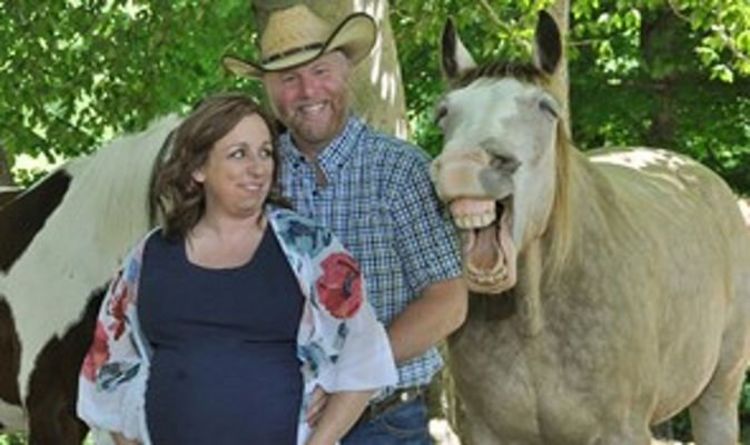