WHEN one woman's nosy neighbour told her they weren't a fan of her plans to paint her house white because it would ruin the area, it's safe to say she didn't listen.

Instead of putting down the paintbrush, the woman got back at her nosy neighbour by doing it anyway – despite being told her house would "stick out like a sore thumb". 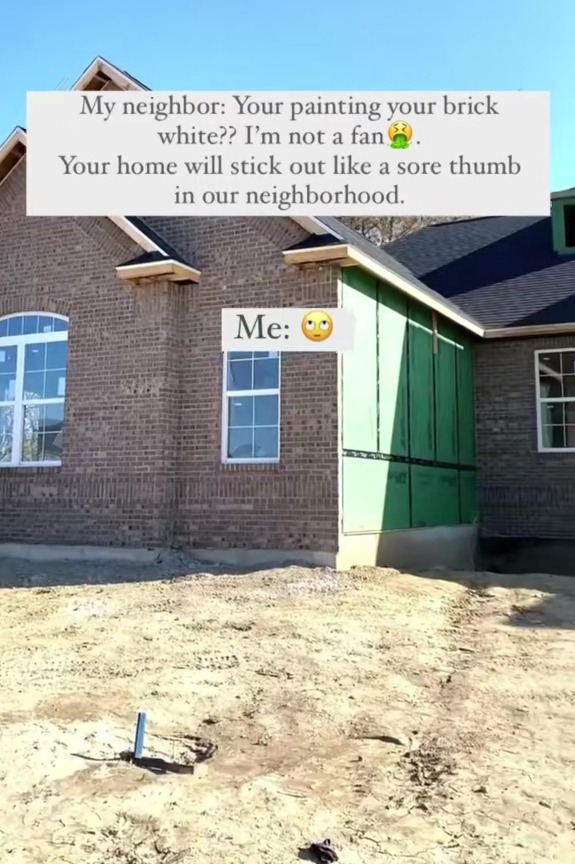 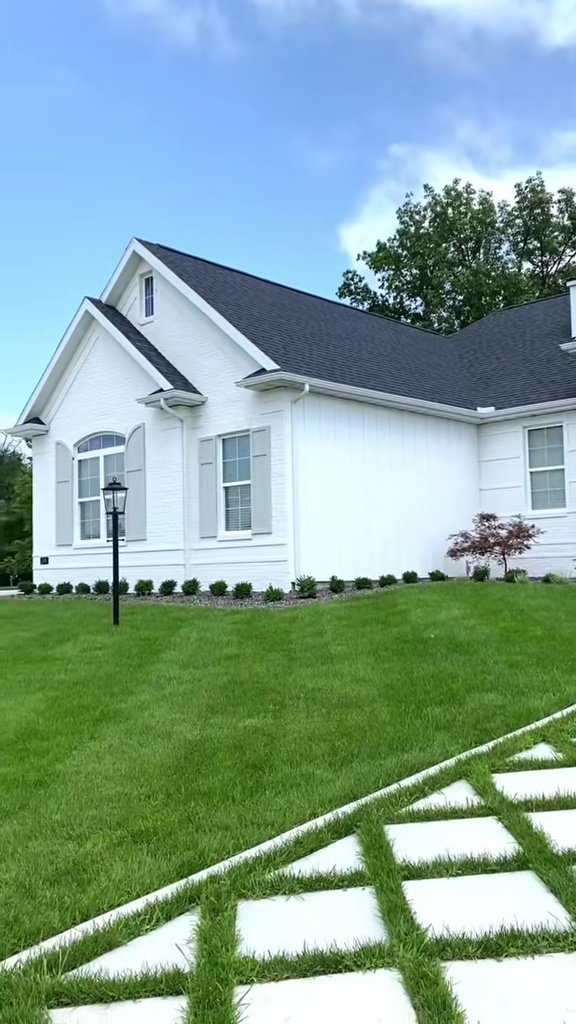 TikTok user @stephens.living shared a video online revealing how their neighbour had criticised her plans to paint the outside of her house.

Originally it was covered in red brick and the neighbour was concerned that painting it bright white would ruin the rest of the neighbourhood.

Making their feelings clear, they told the woman they were "not a fan" but little did the neighbour realise that by doing so it only spurred her on more.

Sharing footage of the house before it was painted, the woman joked: "My neighbour: 'You're painting your brick white? I'm not a fan. Your home will stick out like a sore thumb in our neighbourhood.'

"Always an opinion," the woman captioned her video, that has now been watched over 5.7million times, while jokingly calling her neighbour a "karen".

Her video included footage of the house after its paint job and people were blown away by the stunning transformation.

Thousands commented on her post, with plenty calling out the neighbour for their actions.

"I can't even imagine having the audacity to tell my neighbour what colour they are allowed to paint their house. I can't imagine caring," said one person.

Another quizzed: "Why are people so pressed about painting brick? It's the home you live in and what you love."

A third wrote: "The neighbours don't pay for it therefore their input is not needed. Your house looks awesome."

"A beautiful sore thumb," one more joked, as they complimented the house.

Another teased: "It sticks out because it's the BEST LOOKING ONE on the street." 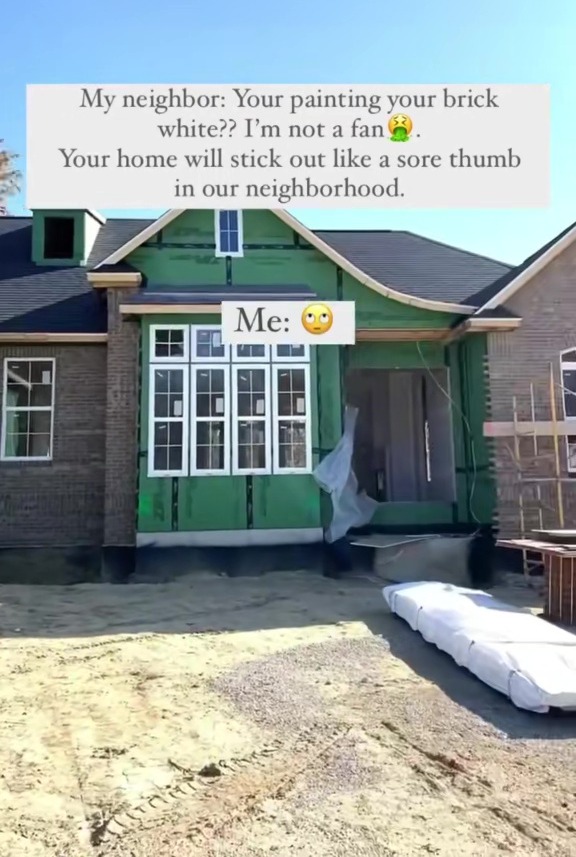 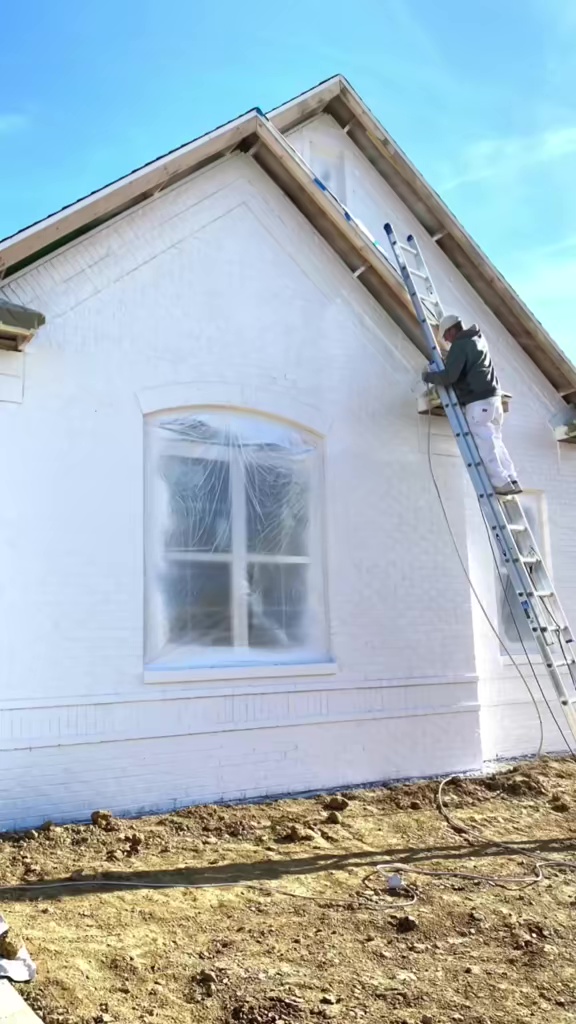 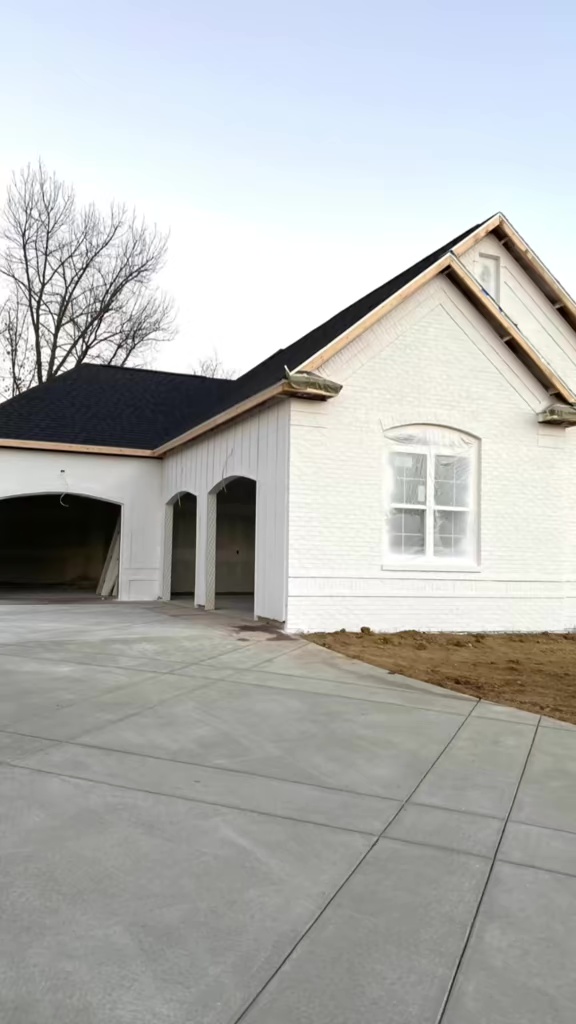 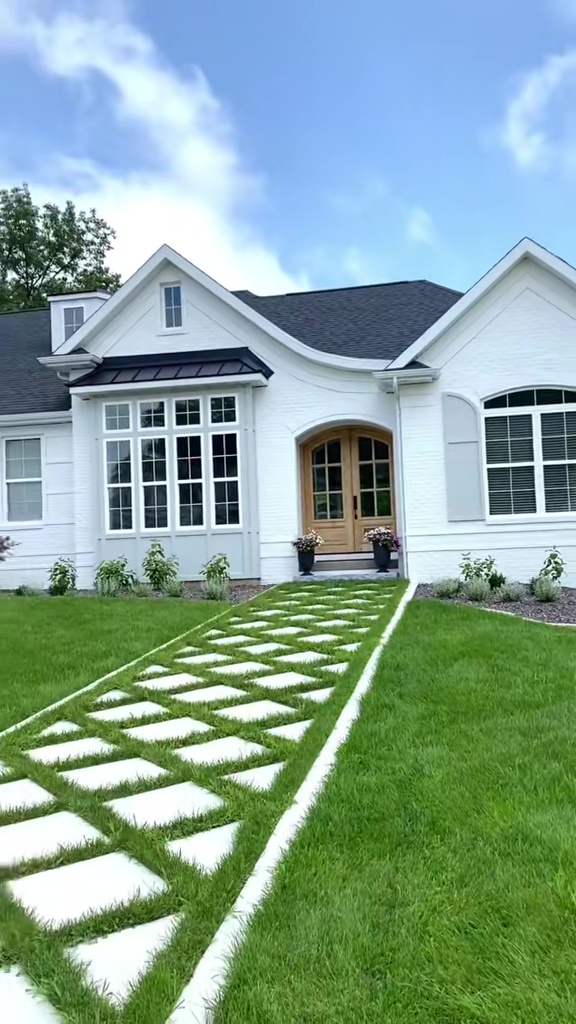 Meanwhile, a neighbour’s savage note criticises mum’s parenting skills and demands she stop using the car to get the kids to sleep.

Plus, one DIY fanatic completely transforms three-bed house in three weeks & did it on the cheap thanks to Dunelm & Ikea bargains.

And  a mum with ‘ugliest house on the street’ reveals amazing transformation & people think she built a new one.