Home » Fashion » Nail art vlogger has over 1,700 nail polishes… and thanks her 5m viewers for funding her pimped-up collection in annoying video

In a video that has been viewed over two and a half million times, the 29-year-old nail polish whizz revealed that although she financed the installation, “it’s actually like you guys paid for the shelves”. 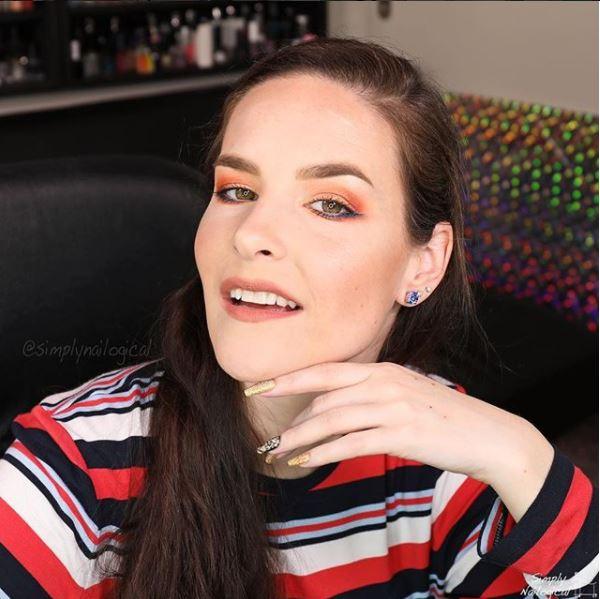 As a result of YouTube advertisements that fund her Simply Nailogical YouTube channel, Rotenburg purchased a bespoke shelving system that was “quite expensive” to complete.

Measuring in at over 11 foot wide, the shelves have an astounding 13 rows and feature specially-designed LED lighting to best highlight the beauty vlogger’s extensive collection of 1,784 polishes.

“When it comes to my nail polish, it deserves the best treatment there is,” the YouTuber proclaimed before launching into a mock-Oscars style acceptance speech to thank her followers and loved ones.

In true YouTube fashion, Rotenburg vlogged her entire experience from the initial design phase to the installation of the extravagant shelves. 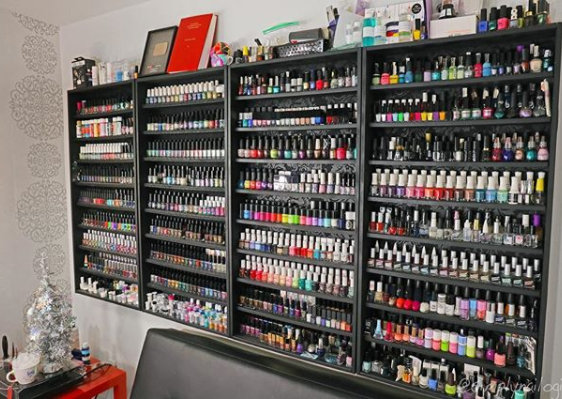 Filming herself as she watched an Ottawa-based furniture designer operating a 3D rendering programme to create the shelves, Rotenburg exclaimed: "It looks like The Sims!”

While the nail polish expert failed to disclose precisely how much the bespoke installation cost her, she did reveal that “half the cost of all this was literally getting the lights in.”

Openly competing against fellow beauty YouTuber, Jaclyn Hill, whose extravagant walk-in wardrobe tour has garnered over three and a half million views, the Canadian internet star declared: “I wanted the Jaclyn Hill of closets but for nail polishes.”

Home tours are among the most popular videos on the internet platform, with hundreds of Rotenburg’s viewers taking to the comments to request a “simplyhouselogical tour.” 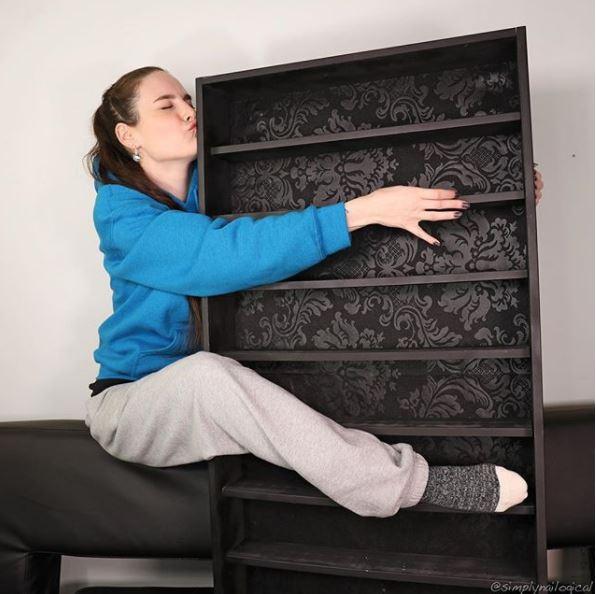 Her Instagram has also proven to be a big hit with her fans.

Viewers were quick to highlight how “she gives more kisses to the boxes of nail polish than to [her boyfriend] Ben”, who referred to his girlfriend as "f***ing insane" in the 20-minute video. Others queried why the nail polish addict had not alphabetised her collection, adding "omg this hurts my soul.”

Among the YouTuber’s favourite nail brands are O.P.I, Orly, and the American-based company F.U.N Lacquer who are famous for their holographic nail polish.

Want to know how much YouTubers ACTUALLY earn? See who made our under-30 rich list.

All you need to know about the YouTube beauty duo who started the internet's obsession with make-up videos.

Where to buy the pin-stripe suit fashion bloggers are dashing to buy.