TRYING to get your newborn baby to settle into a nightly routine is one of the biggest challenges all sleep-deprived parents inevitably face.

And while you're plodding round the house at all hours of the night while trying to soothe your little one to sleep, your neighbours are often the last thing on your mind – however, one new mum has been left raging after being sent a noise complaint by someone in her building. 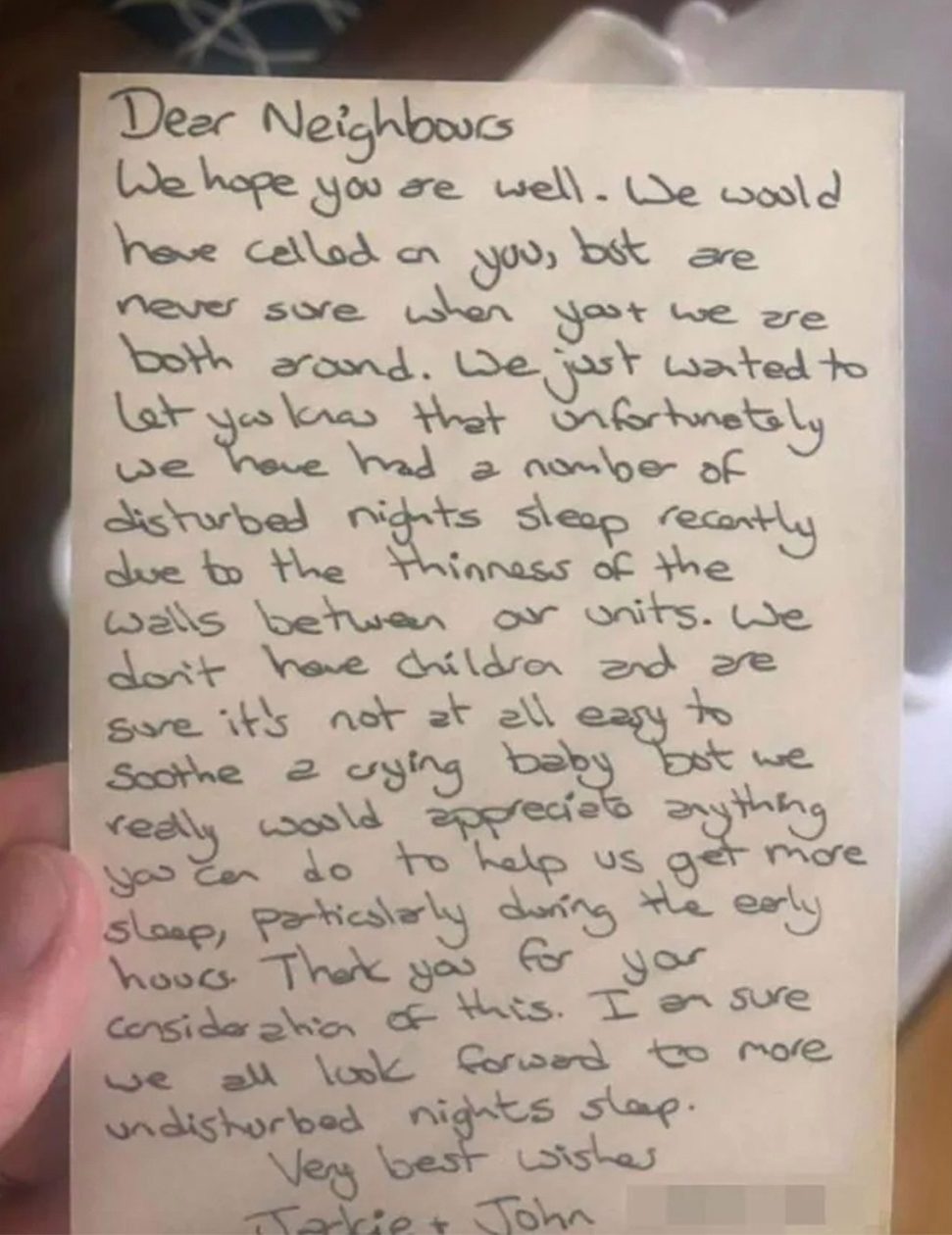 Sharing the note on Facebook, the anonymous Australian mum said she was "fuming" after her neighbours Jackie and John sent her a letter saying they need to "get more sleep".

Acknowledging that they "would have called" to speak to the mum in person, her neighbours admitted they "never know when she is in".

The note read: "We just wanted to let you know that unfortunately we have had a number of disturbed nights sleep recently due to the thinness of the walls between our units.

"We don't have children and are sure it's not at all easy to soothe a crying baby but we really would appreciate anything you can do to help us get more sleep, particularly during the early hours." 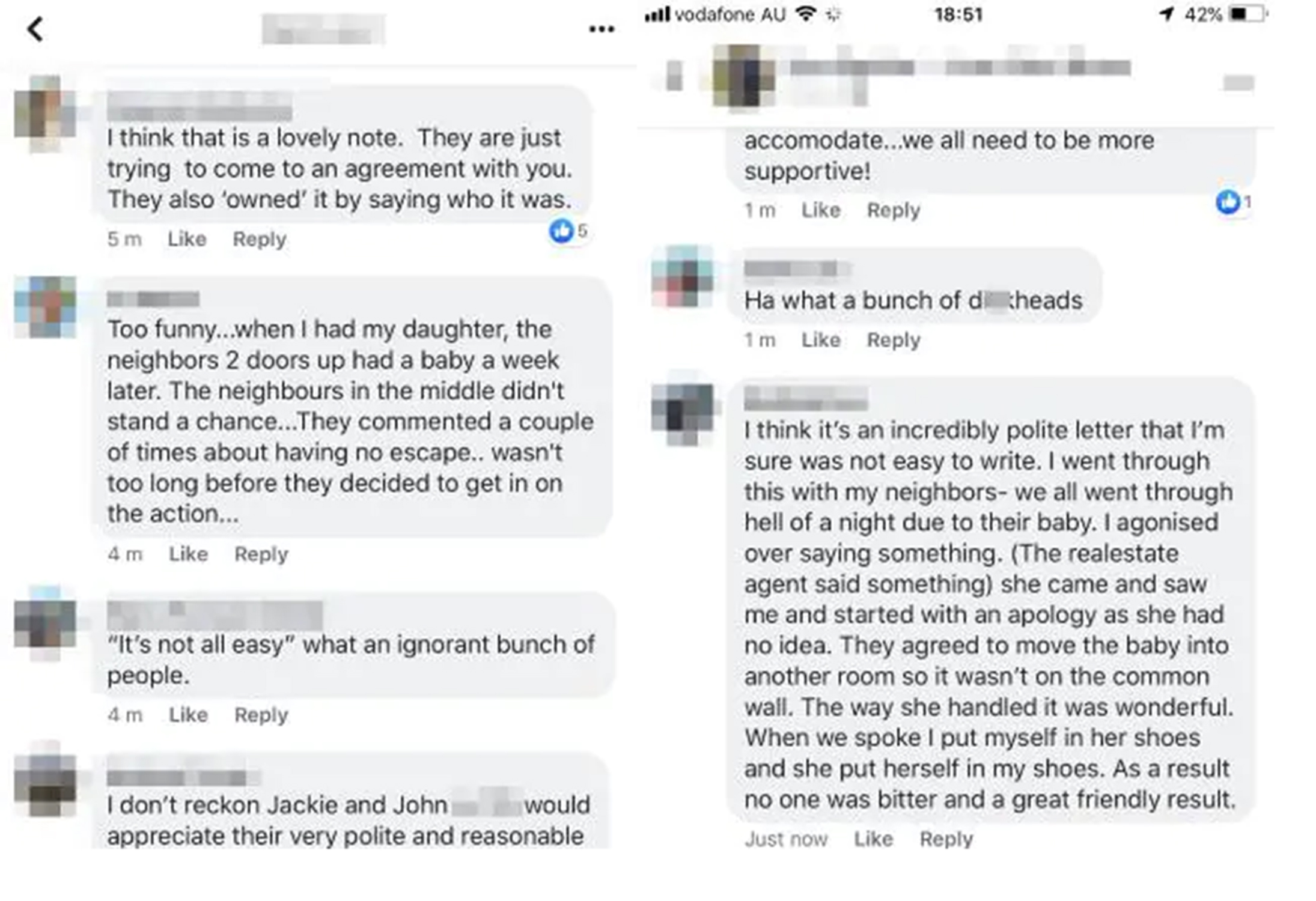 Rounding off the letter, the couple added: "Thank you for your consideration of this. I am sure we all look forward to more undisturbed nights sleep."

After being sent the note, the new mum raged: "So I just got this in my mailbox.. fuming!!! Do I respond with a letter? Leave it? Post earplugs in their mailbox?"

Unsurprisingly, the neighbour's actions have sparked fierce debate online – with some users arguing that it was a polite way to handle an uncomfortable situation and others accusing them of being "ignorant".

Speaking from experience, one replied: "I think it's an incredibly polite letter that I'm sure was not easy to write. 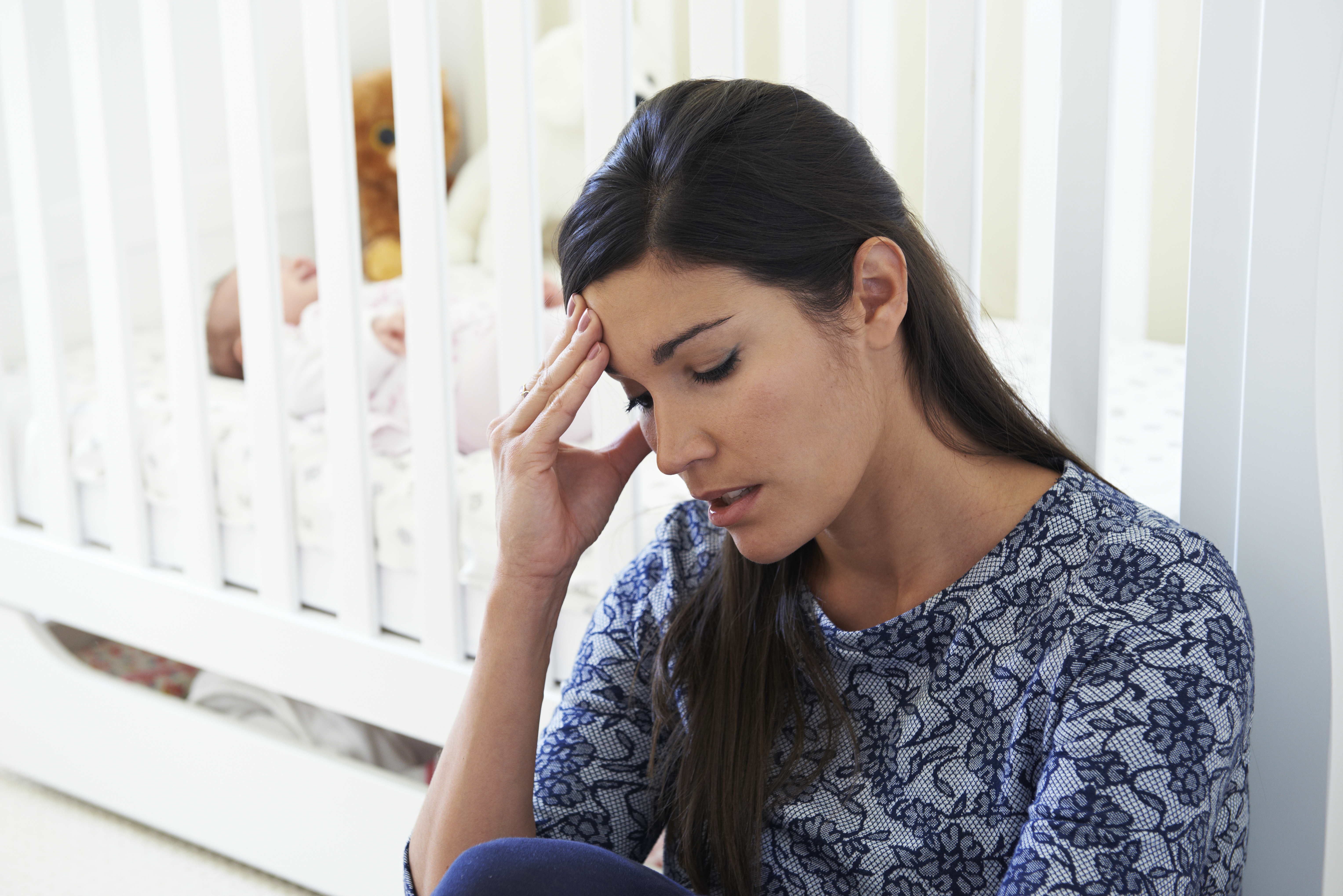 After confronting the parents about it, the woman added: "They agreed to move the baby into another wall so it wasn't on the common wall. The way she handled it was wonderful."

Similarly, another wrote: "I think that is a lovely note. They are just trying to come to an agreement with you, They also 'owned' it by saying who it was."

However, others shared the mum's outrage and agreed that she should send over some earplugs.

One critic wrote: "'It's not all easy', what an ignorant bunch of people."

"We all need to be more supportive," another replied.

And this furious wife sent her lazy husband off to the supermarket with a fake shopping list to get revenge.

Plus this mum was branded an "a**hole" for refusing to put a lock on her sixteen-year-old daughter's bedroom door.