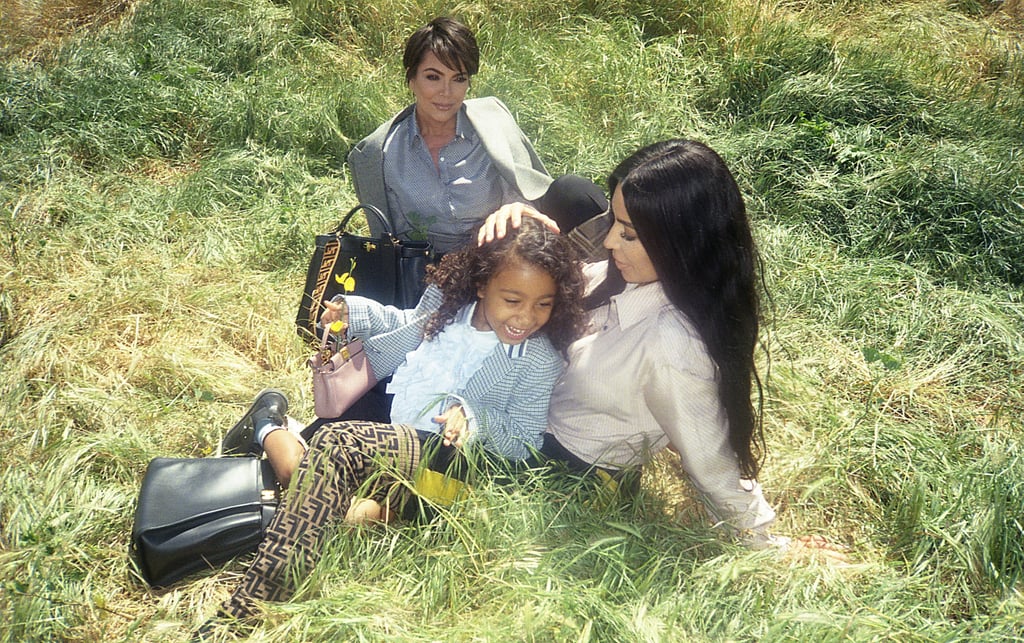 “In the case of the Kardashians, they are all three of them very strong women, with strong personalities,” Accessories Creative Director Silvia Venturini Fendi told WWD. “It’s an iconic family who is known for its appearance, but we wanted to bring more of an intimate side to the table.” The creative director was also spotlighted in the campaign with her daughters Delfina Delettrez Fendi and Leonetta Luciano Fendi, along with Ewan McGregor’s daughters Clara McGregor and Esther McGregor, and many others.

In an intimate video also pertaining to the campaign, Kanye’s “Love Lockdown” scores footage of Kris, Kim, and North frolicking in a field and posing around a pool. Watch the intentionally low-definition video ahead and see pictures from the family-focused campaign.