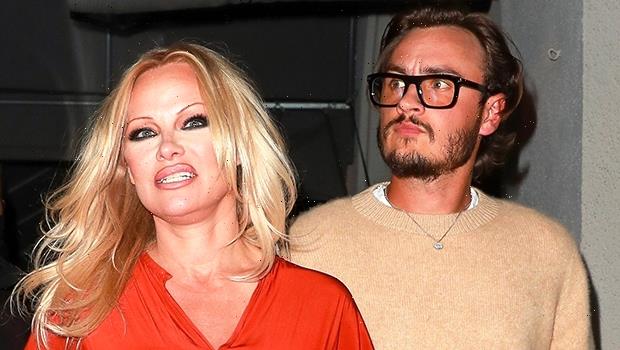 Days after announcing an upcoming documentary on Netflix, Pamela Anderson stepped out for dinner with her son, Brandon, in West Hollywood on March 6.

Pamela Anderson, 54, was joined by her eldest son, Brandon Lee, for a dinner date at Craig’s in West Hollywood on March 6. The gorgeous actress looked stunning in a red, flowy dress, which came to her knee and featured a leg slit up the middle. She paired the look with studded, open-toed heels, and had on dark eye makeup. Her hair was styled in loose waves and parted down the middle, and she was photographed leaving the restaurant with Brandon, who dressed in jeans and a sweater. 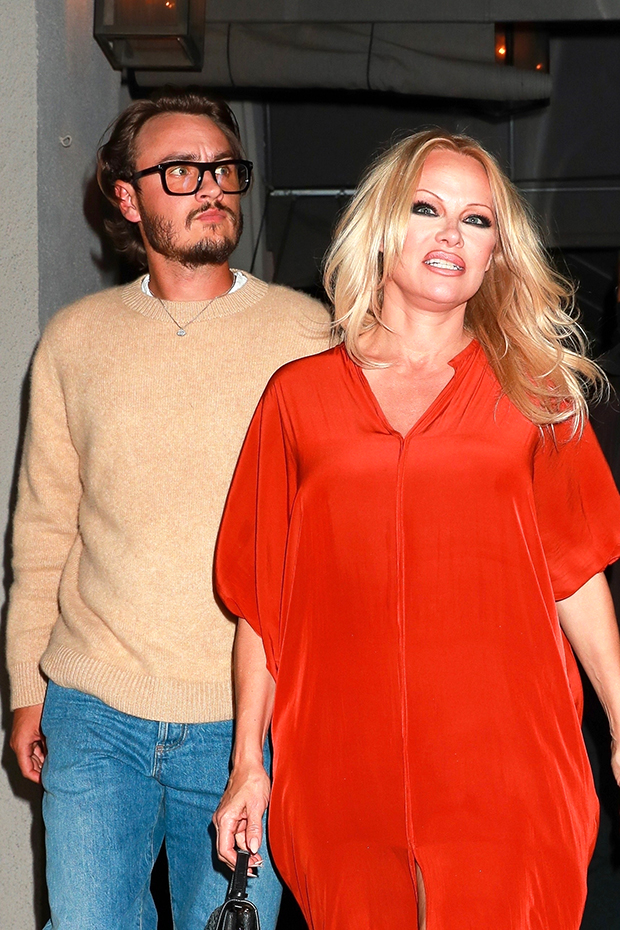 This outing comes following the announcement of a new Netflix documentary about Pamela’s life. “Pamela Anderson is ready to tell her story in a new documentary,” Netflix announced on March 2. “The film, which has been in the making for several years, will feature the pop culture icon setting the record straight as she looks back on her professional path and her  personal journey.”

Pamela also wrote a handwritten note to further explain the doc, writing, “My life, a thousand imperfections, a million misperceptions. Wicked, wild and lost nothing I live up to. I can only surprise you. Not a victim, but a survivor and alive to tell the real story.” 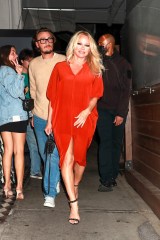 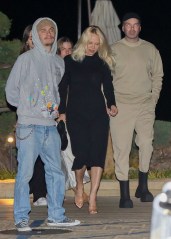 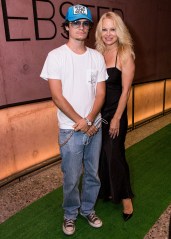 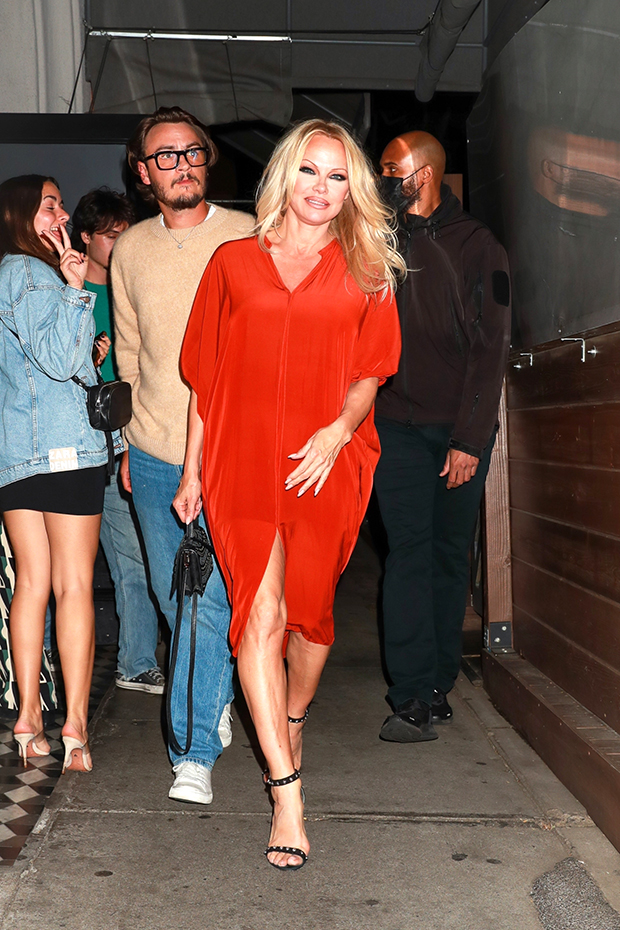 The documentary comes amidst a scripted Hulu series, Pam & Tommy, about the Baywatch star’s marriage to Tommy Lee and the aftermath of their sex tape being stolen and released in the 90s. Pamela was not involved in the creation of the series and has not publicly commented about it. The show is currently airing on Hulu, with new episodes dropping every Tuesday.

Now, Pamela will have the chance to tell the story her way. Her son, Brandon, is credited as a producer on the doc. Pam shares Brandon and another son, Dylan Lee, with Tommy, who she was married to for three years from 1995 until 1998. Earlier this year, it was revealed that Pamela had gotten her fifth divorce after splitting from her bodyguard, Dan Hayhurst, who she had married in Dec. 2020.