The choice was both patriotic – a nod to the English flag on St George's Day – and a tribute to the late Princess Diana, who wore similar colours to introduce Prince Harry to the world. 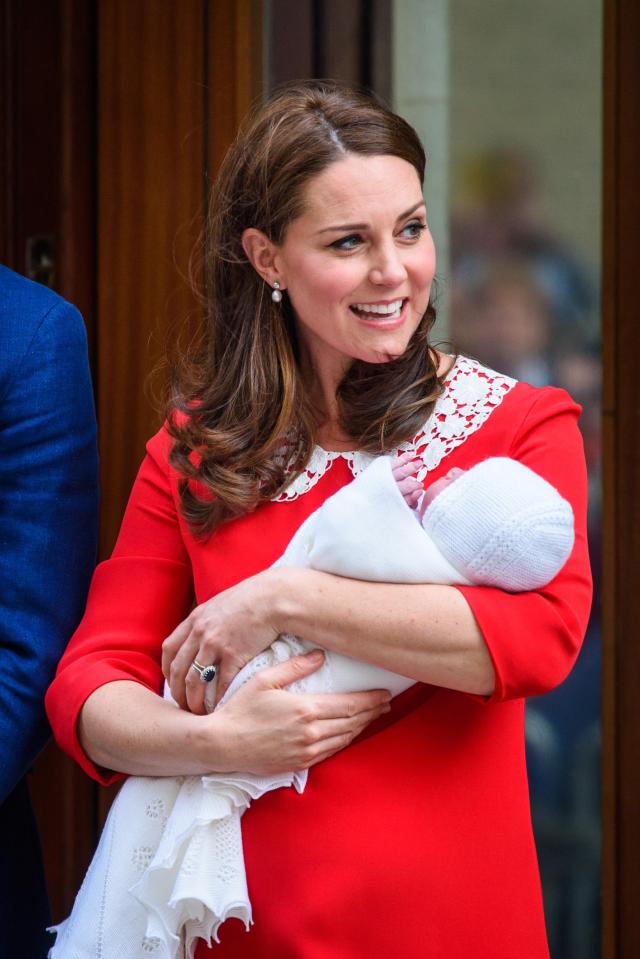 But some film fans quickly spotted the similarities to the dress worn by actress Mia Farrow in the classic horror movie Rosemary's Baby.

They took to Twitter to share the uncanny resemblance with one writing: "Kate Middleton rocking the same dress as Rosemary from Rosemary's Baby is definitely not discomforting at all…"

The deep red is a similar colour but the floral white lace collar is identical to Mia's.

The outfit is worn by Rosemary in a poignant scene where she feels her baby move for the first time after difficulties in her early pregnancy. 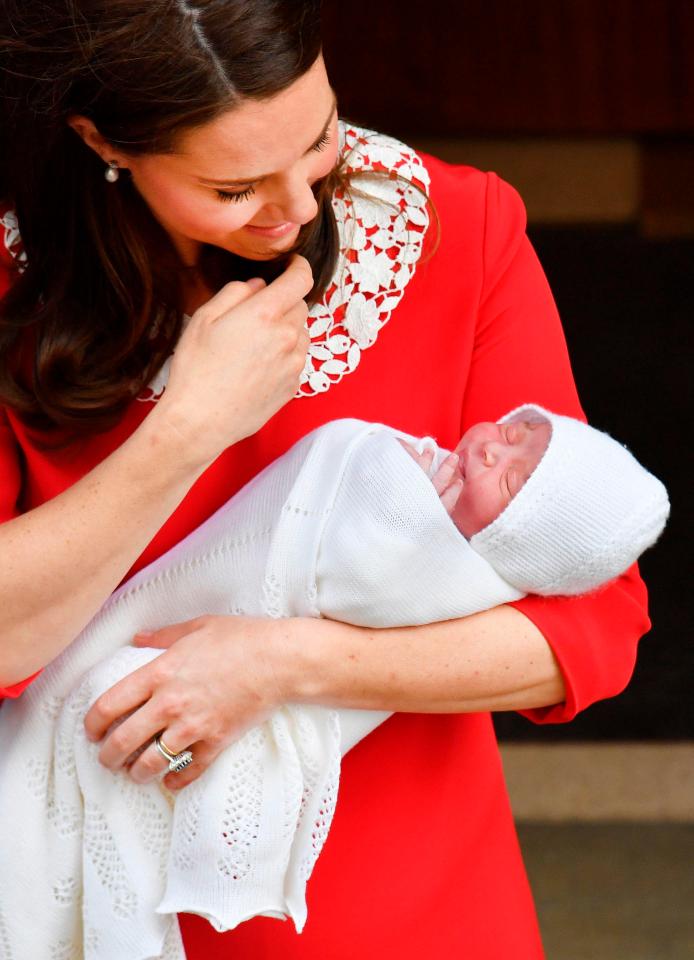 The 1968 movie stars Mia Farrow as a new mum who gives birth to the son of the devil after being drugged and abused in an evil cult ritual.

Directed by Roman Polanski, is is widely hailed as one of the best horror films ever written.

Check out how when Princess Charlotte was born in 2015, Kate opted for a buttercup print silk shift dress, also by Jenny Packham, for the event.

See all the tribute looks that Kate has done for Princess Diana over the years, from tiaras to THAT red dress.