There’s no time to wait! Priyanka Chopra is gearing up for the wedding of her friend Meghan Markle and Prince Harry on Saturday, May 19, and she’s making sure she’s got the correct royal attire in place.

The 35-year-old actress took to her Instagram Stories on Friday, May 18, to document the process of picking out the perfect fascinator with London based designer Philip Treacy.

“OHHHH, NOW I GET IT !!” the Quantico star captioned the clip showing a room full of flowers. “Hat fitting with the iconic @philiptreacy.” 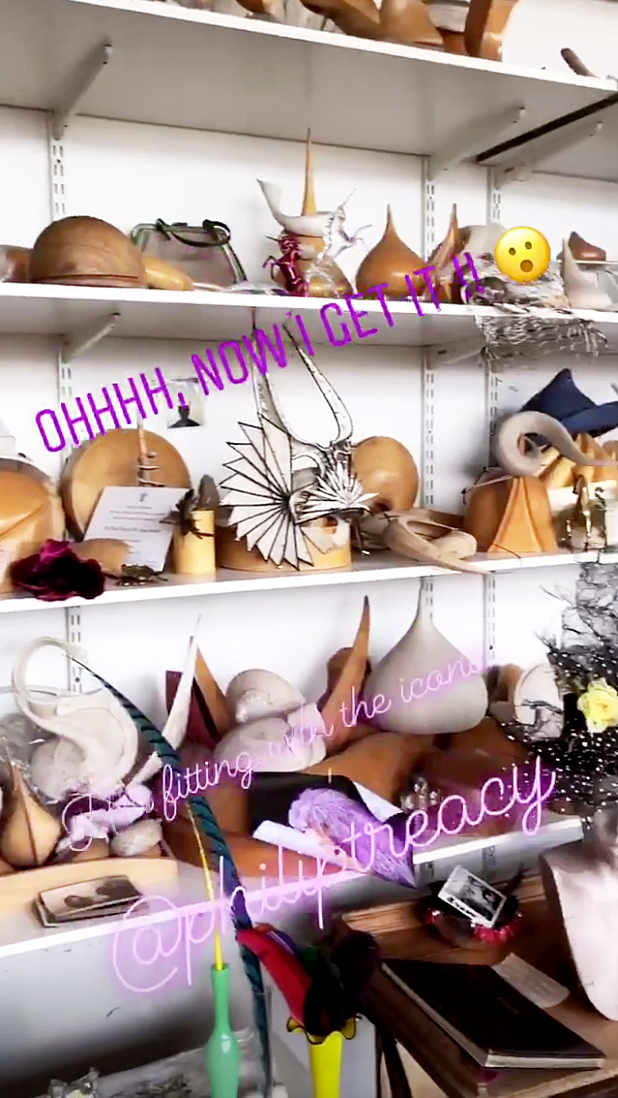 Chopra exclusively confirmed to Us Weekly in April that she’d be in attendance for the wedding at St George’s Chapel at Windsor Castle in England — and revealed that she hadn’t yet picked out a dress.

Chopra also gushed over the 36-year-old soon-to-be royal who is a close pal of hers. “I’ve known Meghan for three years and I’m so happy the way the world has responded to her because as long as I’ve known her … she is a relatable young woman of the world today,” the Baywatch actress said. “She’s that girl who thinks out of the box. She has always been an activist. She has always had a strong voice. She’s an ambitious girl of today. I think the world needs strong role models like Meghan. I think, I hope, Meghan will end up being one of those people.”

Chopra will be one of the 600 guests in attendance to watch Markle and Prince Harry, 33, tie the knot in a ceremony that people from all over the world will be tuning into. It’s not yet known if she’ll be at the private reception at Frogmore House to which only 200 guests were invited.