Happy Birthday, Gigi Hadid Opens a New Window. ! The supermodel turns 24 on Tuesday, April 23, and we’re celebrating by taking a look back at her best runway moments. As a member of this generation’s model-of-the-moment crew, the blonde beauty has become a catwalk queen thanks to appearances in prestigious designer shows like Versace, Chanel, Fendi, Marc Jacobs and more.

While Hadid’s meteoric rise to the top of the fashion industry may seem like it happened overnight, she actually started working when she was just two years old (!) after being discovered by Guess’ Paul Maricano. She took a break to focus on being, you know, a normal kid, but she retuned to star in a Guess campaign in 2012 and hasn’t looked back.

She signed with IMG Models in 2013, made her New York Fashion Week debut in the February 2014 and has been circling the globe for runway appearances, magazine covers and fashion campaigns ever since. But, then again, modeling is basically in her DNA. Her mom, Yolanda Hadid Opens a New Window. , was a model, and her equally genetically blessed siblings Bella Opens a New Window. and Anwar have chosen the same career path.

But don’t mistake Gigi for just another pretty face. From designing lines for Tommy Hilfiger and Vogue Eyewear to developing her own makeup capsule collection for Maybelline, the trendsetter has become a true HBIC who is redefining what it means to be a model.

In honor of Hadid’s 24th birthday, we’re rounding up some of her most memorable runway moments. Keep scrolling to see our favorites! 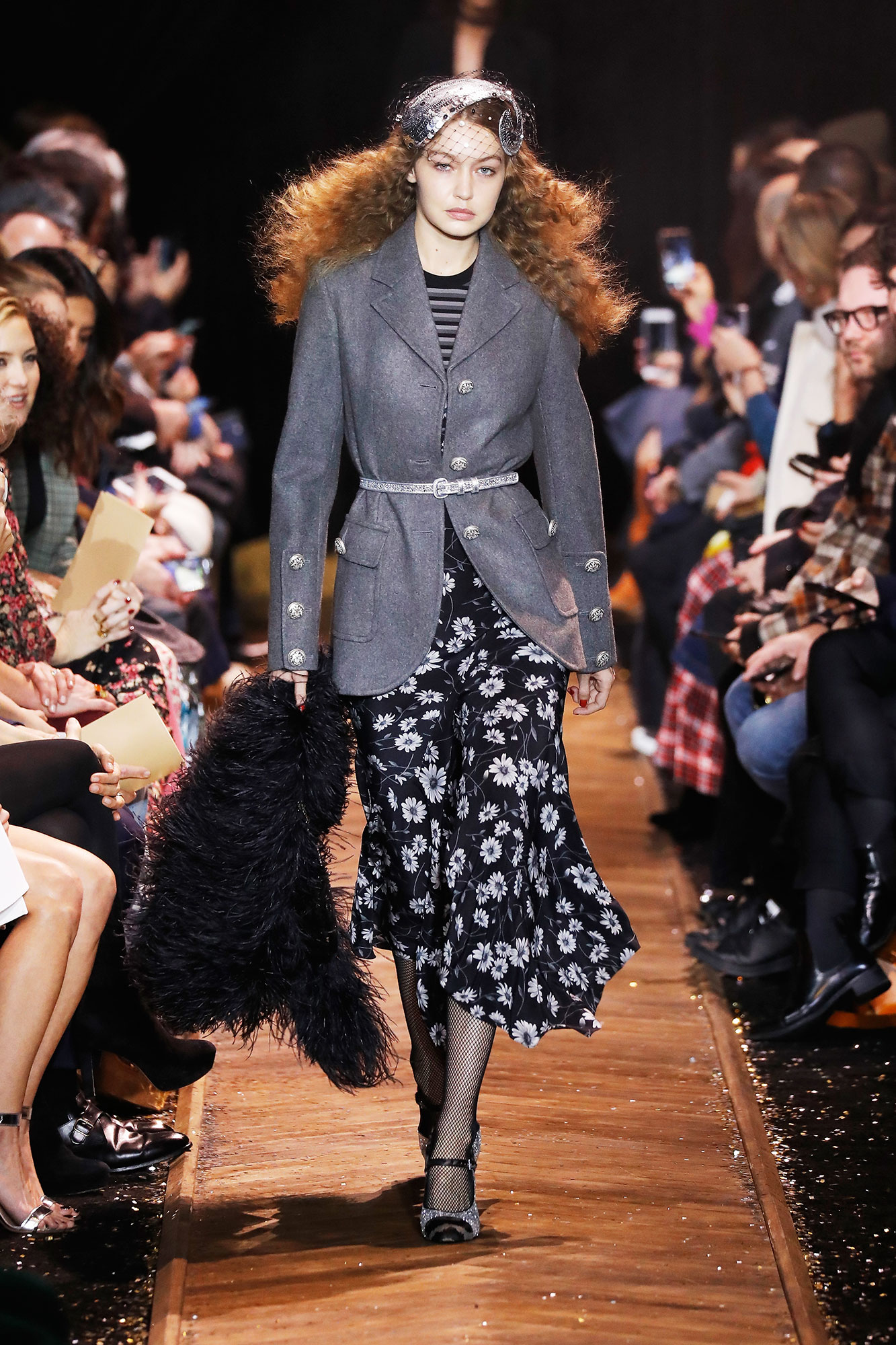 The blonde beauty layered up on the Michael Kors fall 2019 runway in a striped top, floral skirt, belted blazer, furry coat and — the pièce de résistance — a sequined fascinator. 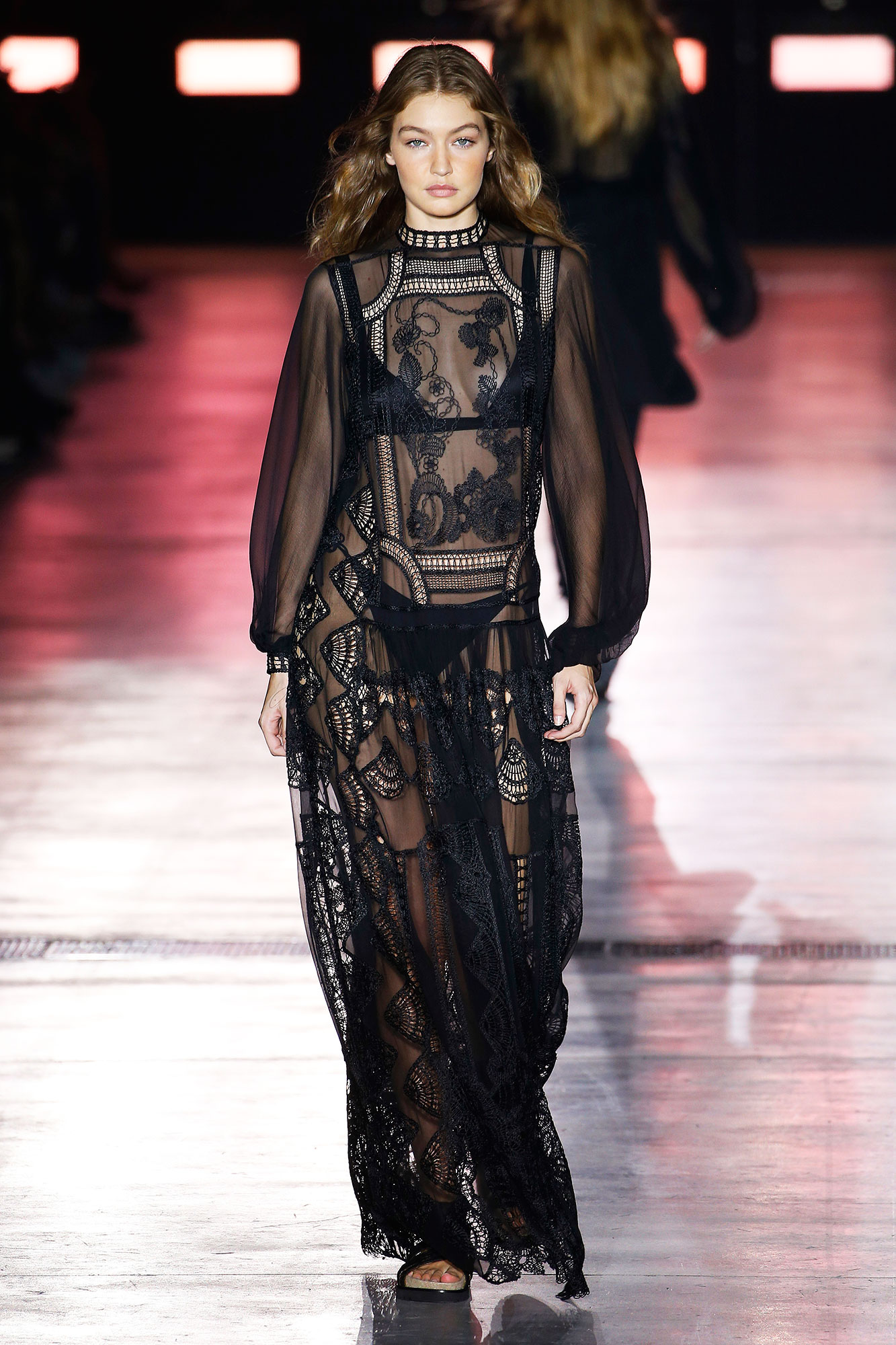 The model rocked a high-fashion take on the nearly naked trend in a sheer black gown at the Alberta Ferretti spring-summer 2019 fashion show in Milan. 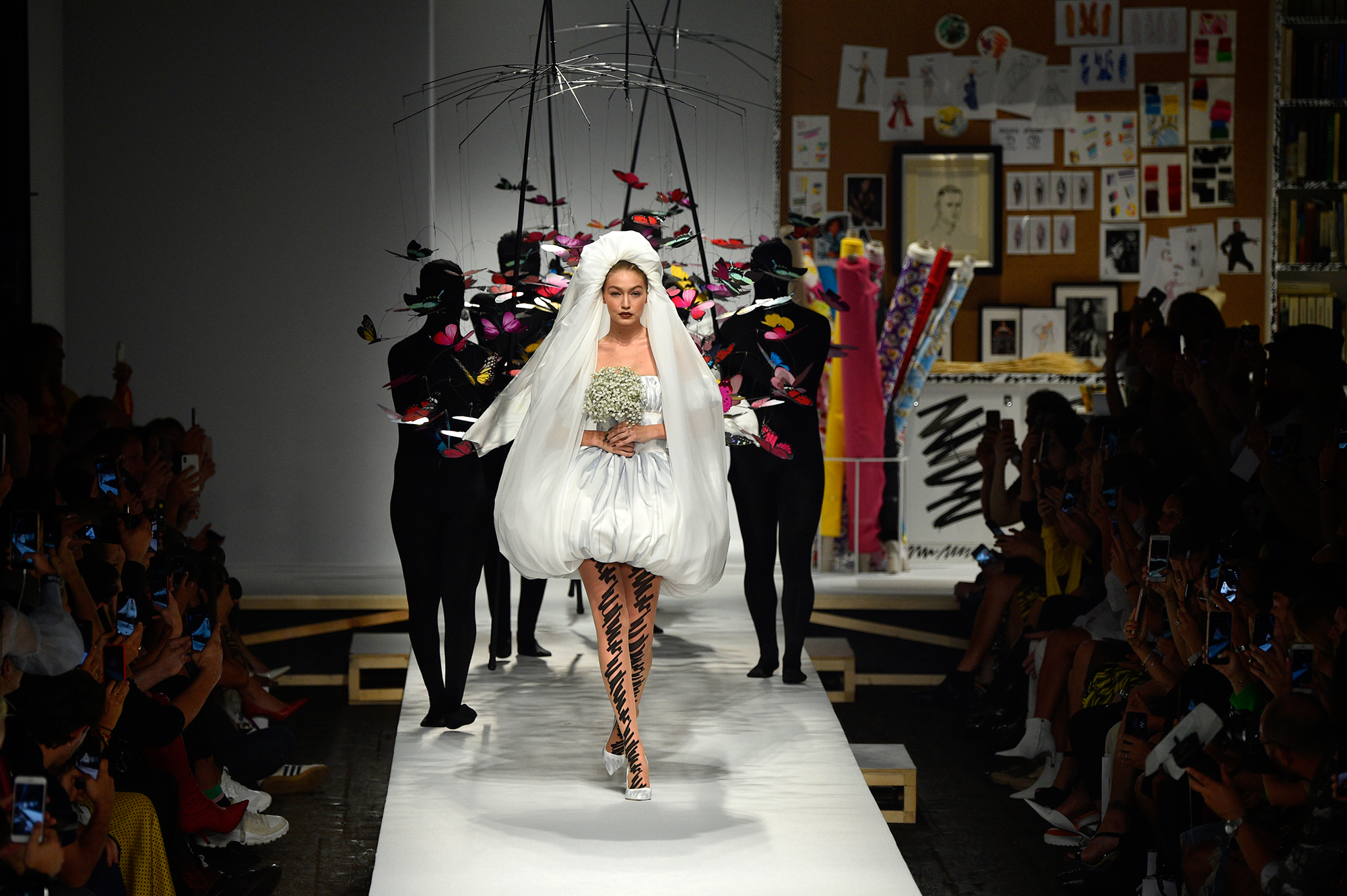 In a short white bridal gown on the Moschino Spring-Summer 2019 runway, the model gave us a glimpse of what it might be like if she and Malik ever tie the knot. 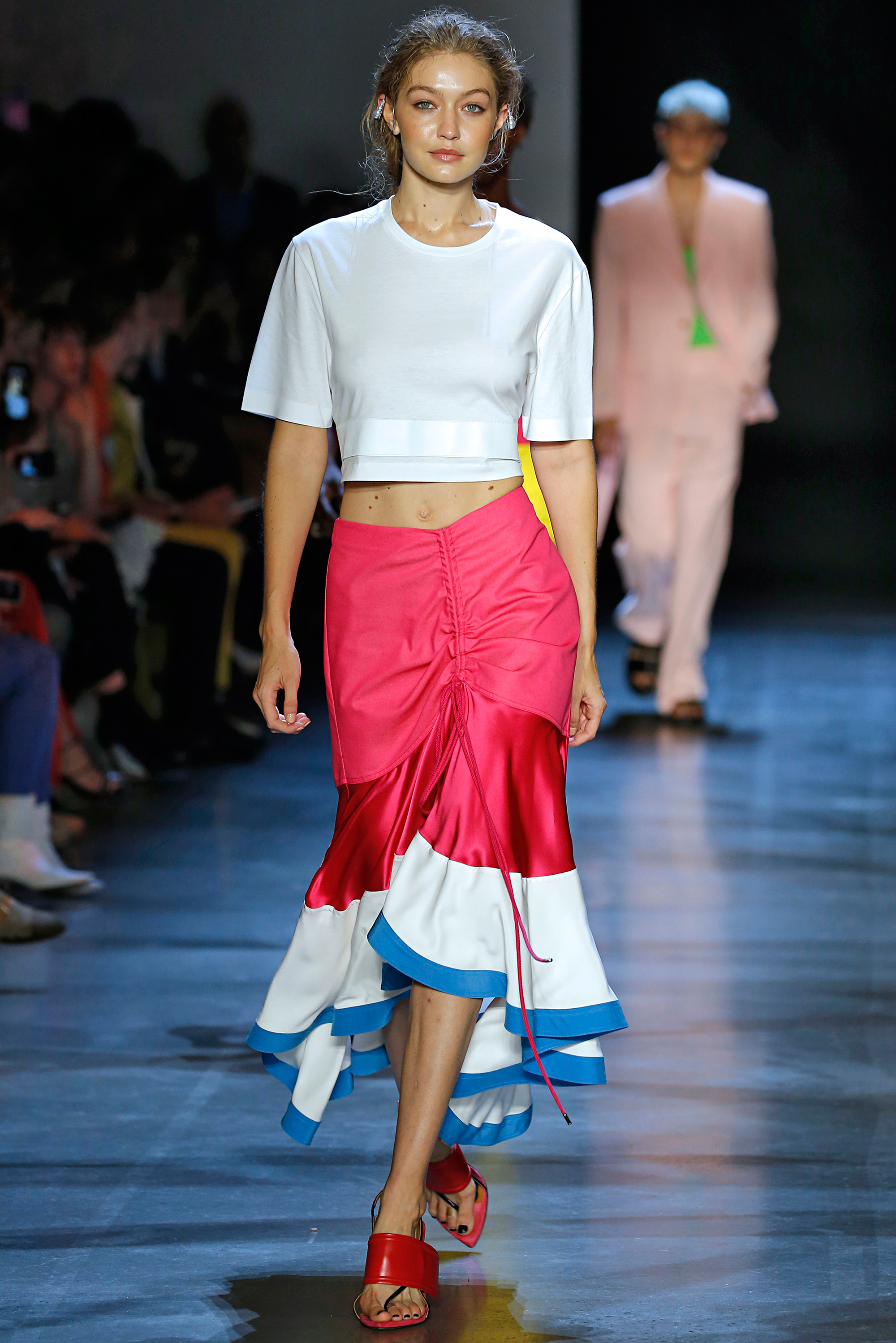 The model opted for a bare faced look while showing off her ‘fit at the Prabal Gurung Spring-Summer 2018 show. She wore a white t-shirt with a red skirt with blue and white accents to finish off the classy look. 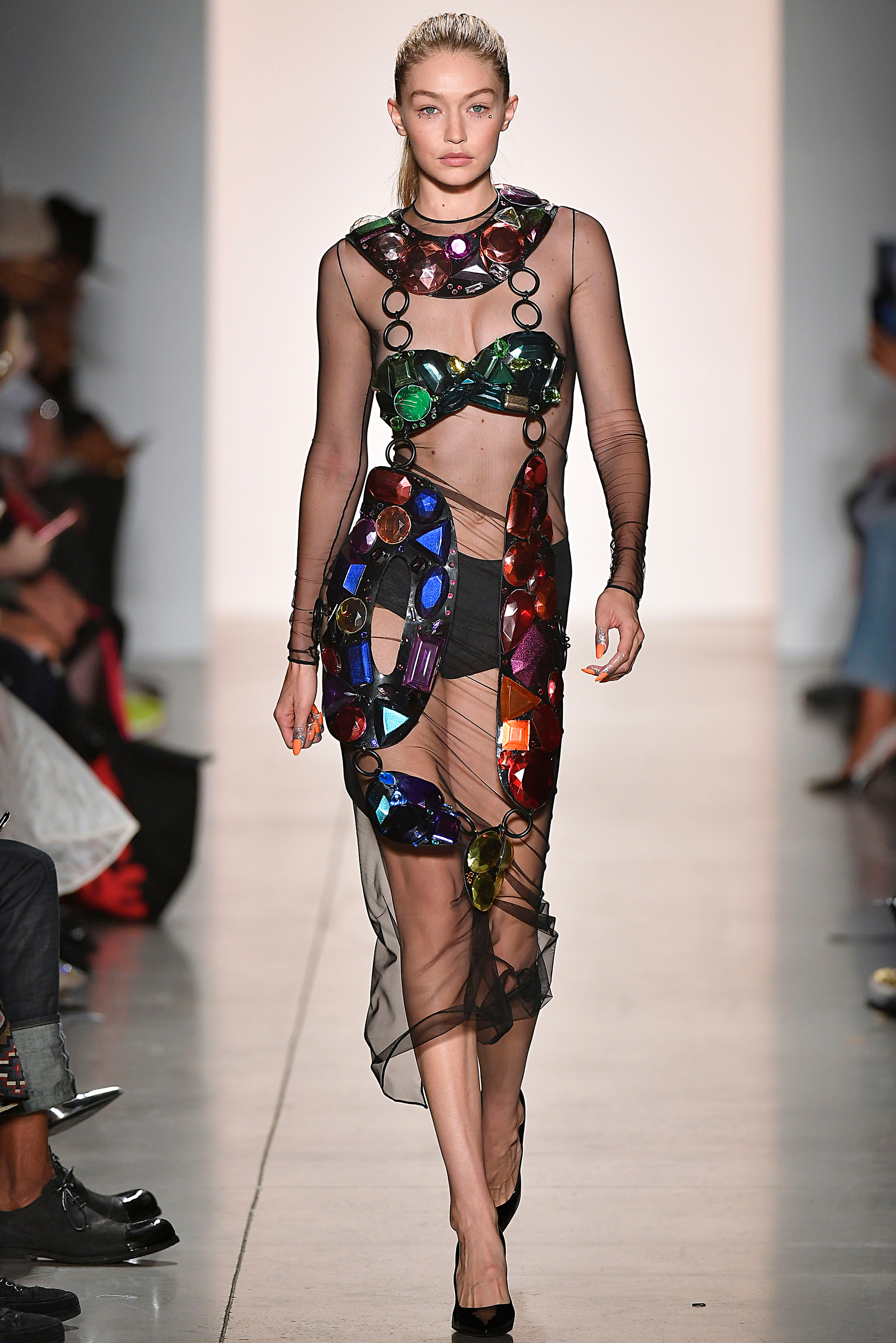 For the Jeremy Scott Spring-Summer 2018 runway, Hadid let her clothes do the talking. She sported barely there makeup with her hair pulled back in a ponytail as she rocked a black mesh dress with colored gems on top of it.

Meghan Markle Had an 'Uncomfortably Close' Relationship With Her 'Suits' Co-Star Patrick J. Adams According to Wedding Guests
Celebrities News