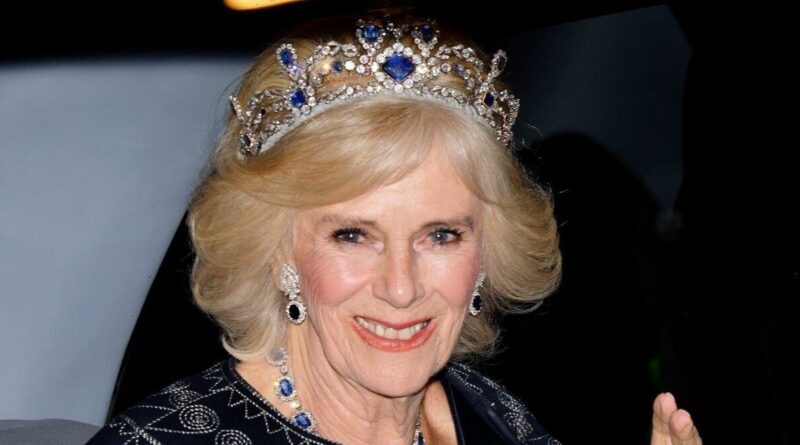 Camilla, the Queen Consort will soon be crowned alongside King Charles at the coronation on May 6, 2023. To avoid causing a major diplomatic scandal, Camilla may refuse to wear the crown containing the so-called blood diamond Koh-i-Noor.

According to some sources, Queen Camilla will not wear the imperial crown featuring the controversial Koh-i-Noor diamond that has only been worn by Britain’s Queens.

This is because it could reportedly bring back “painful memories of the colonial past”.

A royal author claims that King Charles wants Camilla to wear the crown with Koh-i-Noor diamond at the Coronation, just like his grandmother, the Queen Mother, did at King George VI’s coronation in 1936.

But critics have warned the Palace that this would be “a massive diplomatic grenade”, according to the Daily Mail.

The Telegraph reported that another option for the coronation is the crown worn by Queen Adelaide in 1831.

This way, the Queen Consort will continue the tradition of wearing a jewel worn by a previous Queen Consort but will avoid all controversy.

This is because the Crown of Queen Adelaide only contained diamonds from the Queen’s own private jewellery, that is, no stolen jewels from other countries.

Following the coronation, the diamonds were all removed, meaning that Queen Camilla could put any jewels inside the crown that have a sentimental meaning to her.

Since Queen Adelaide, all British Queen Consorts have had their own special consort crown made for them, rather than wearing the crowns of any of their predecessors.

Later consort crowns were made for Queen Alexandra, Queen Mary and the Queen Mother.

But is unlikely that Queen Camilla will choose this option, due to the negative publicity this would receive during the cost of living crisis.

Queen Adelaide’s crown is now part of the Royal Collection and has been on public display in the Martin Tower at the Tower of London since 1996. It had been valued at £425,000 in 1995, which would equate to roughly £1million in 2023, according to the inflation calculator.

In contrast, the infamous crown that was made especially for the Queen Mother’s 1936 coronation was seized by the East India Company and given to Queen Victoria in the 19th century.

Critics say its appearance would provide an unwelcome reminder of the British Empire.

Palace officials are understood to be reviewing whether Camilla should wear the jewel when she’s crowned alongside King Charles III at Westminster Abbey in May 2023.

Fine jewellery experts at UK retailer Steven Stone have taken a close look at the crown, sharing everything fans need to know – including its value.

Maxwell Stone told Express.co.uk: “It’s incredibly difficult to put a price on a historical piece like this – though with the Koh-I-Noor diamond said to be worth £591million alone, the crown is likely to be worth a staggering £1billion.

“With a wealth of controversy surrounding the diamond, it’d be surprising to see it used in the coronation ceremony. The Royal Collection is full of magnificent jewels, so it’s likely that the King and Queen consort will remove the diamond and replace it with a different gem.”