Long before Prince Harry and Meghan Markle, there was another royal wedding the world eagerly anticipated: the nuptials of Queen Elizabeth II and Prince Philip, Duke of Edinburgh, in November 1947.

The pair, who celebrated their 70th wedding anniversary last year, were married on Nov. 20, 1947, at Westminster Abbey. It was a bright spot for many British people after the years of austerity and darkness during World War II.

“For months, the public was treated to tantalizing hints about the details of the bridesmaids’ dresses and the cake and so on,” Sarika Bose, a royalty expert and a lecturer in Victorian literature at the University of British Columbia, told HuffPost. “Here you had this young couple that represented hope for a new, happier age after the war.”

Not unlike Harry and Meghan and Prince William and Kate, Duchess of Cambridge, Princess Elizabeth and her suitor were seen as a breath of fresh air. The dashing Philip Mountbatten, who was 26 at the time of the wedding, had served in World War II and possessed a slightly rebellious attitude ― at least by royal standards. Elizabeth, then 21, fell hard for him.

According to their mutual cousin Patricia Mountbatten, the future queen saw that behind his slightly steely exterior, “Philip had a capacity for love which was waiting to be unlocked, and Elizabeth unlocked it.”

Below, as we get ready for the next royal wedding ― it’s May 19, get your fascinators ready!― we take a look back at Elizabeth and Philip’s wedding. 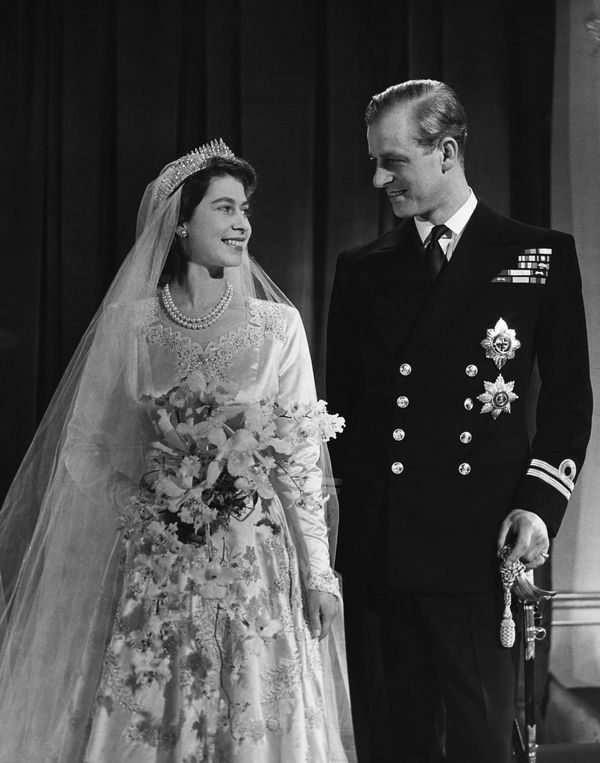 Elizabeth and Philip were distant cousins through her great-grandmother Queen Victoria. Philip was originally a prince of Greece and Denmark, though he would abandon those titles to marry the heir to the British throne.