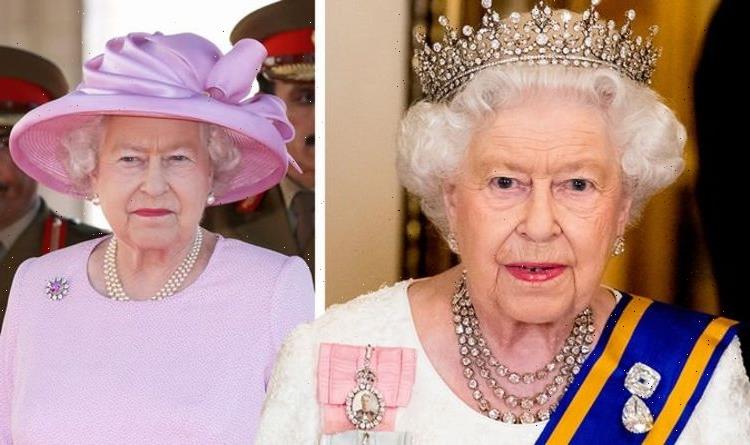 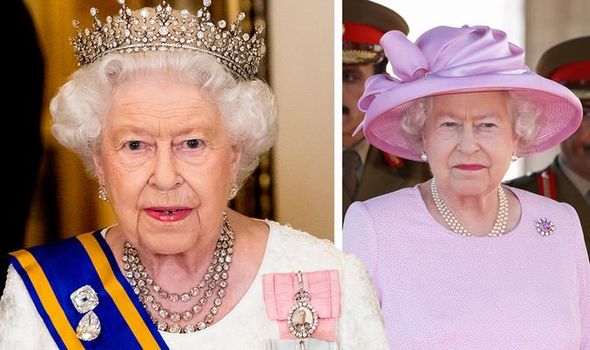 Queen Elizabeth II has an impressive collection of jewels; there are more than 300 items, including 98 brooches, 46 necklaces, 37 bracelets, 34 pairs of earrings, 15 rings, 14 watches and five pendants, according to David Douglas. While the Crown Jewels are priceless, there are several pieces which have a greater sentimental value to the monarch.

Girls of Great Britain and Ireland tiara – from her grandmother

The Girls of Great Britain and Ireland tiara was a wedding present to the Duchess of York, later Queen Mary, in 1893.

It was purchased with money raised by a committee chaired by Lady Eva Greville, who became one of Queen Mary’s ladies-in-waiting.

In November 1947, Queen Mary gave the tiara as a wedding present to her granddaughter, Princess Elizabeth.

The Queen has worn the tiara regularly throughout her reign and is depicted wearing it on certain issues of British and Commonwealth banknotes and coinage.

Cullinan III and IV brooch – from her grandmother

The Cullinan diamond, a whopping 3,106 carats, was named after the chairman of the mining company that found the stone, Thomas Cullinan.

The Cullinan III and IV brooch consists of a pear-shaped drop of 94.4 metric carats and a cushion-shaped stone of 63.6 metric carats.

These diamonds were mounted into this brooch for Queen Mary in 1911.

In 1953, it was then inherited by The Queen and have seldom been used.

The stones make a rather large and ostentatious brooch and The Queen is known for her simple tastes and most of her brooches reflect this.

However, The Queen did wear the brooch for the state visit of the King and Queen of the Netherlands back in 2018.

Three-strand pearl necklace – from her father

The necklace was a gift from her beloved father, King George VI, who passed away in 1952.

As for why the three-strand pearl necklace is such a popular item for the monarch, according to Leslie Field, author of The Queen’s Jewels “It’s the necklace that she feels is appropriate”.

“She wants to wear pearls every day as her mother and grandmother did before her.

“She wouldn’t wear a diamond necklace to go to a charity lunch — it is simply traditional that a lady would wear pearls during the day,” PEOPLE published.

Engagement ring – from her mother-in-law

On July, 9 1947, the engagement between Princess Elizabeth and Lieutenant Philip Mountbatten was announced.

The Princess received a diamond and platinum engagement ring, designed by Prince Philip.

The diamonds on the rings originated from Prince Philip’s mother’s tiara.

The engagement ring consists of a platinum ring set with eleven diamonds, a three carat round solitaire and five smaller stones set on each shoulder.

In 1942 Mrs Ronald Greville bequeathed her spectacular collection of jewellery, including the Greville pear drop earrings, to Queen Elizabeth.

The earrings consist of pentagonal tops, each suspending an emerald-cut diamonds and pear-shaped drop.

The Queen Mother wore the earrings throughout her life, usually pairing them with the Boucheron tiara from the Greville inheritance.

After her death in 2002, they were inherited by the Queen, who has worn them occasionally at formal events like state banquets.