Home » Fashion » Raf Simons Played His Own Muse for Fall 2021 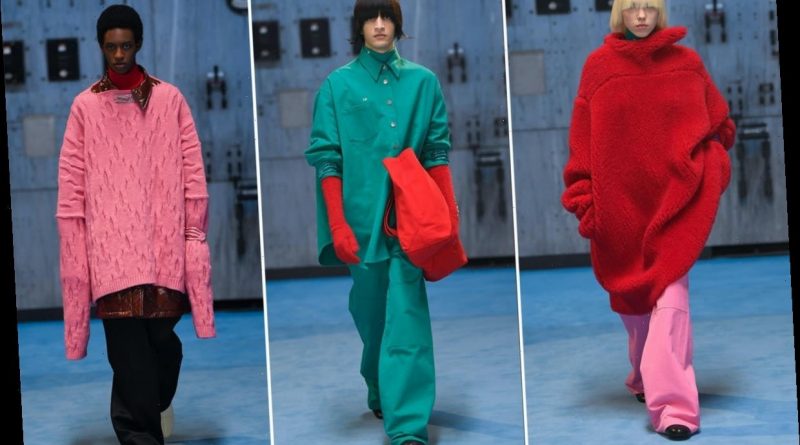 The enthusiasm for Raf Simons’s appointment to co-creative director of Prada has been there from the start. But for some Rafaelites, it initially mingled with concern. Would the Belgian designer, who left both Dior and Calvin Klein because he felt overworked, stretch himself too thin?

According to each collection that’s followed, both alongside Miuccia Prada and solo at his eponymous label, the answer is no. The pair’s synergy is stronger than ever, and starting to mirror the new, sophisticated aesthetic of his eponymous label (which now includes womenswear).

In fact, if you’ve seen just one of those collections, his vision for fall 2021 will already look familiar. It debuted on Wednesday along with Simons’s definitions of words like “ataraxia” (“a state of freedom from emotional disturbance and anxiety”) and “allegiance” (“support for and loyalty to a particular group, person, or belief”). And Simons has certainly sworn allegiance to Kraftwerk, which he’s referenced on the runway for decades, both through soundtracks and red-and-black color combos. The latter date black to the skinny ties and button-ups that characterized Simons’s homage to the influential electronic band in 1998.

Of course, those words also turned up explicitly, replacing past all-caps slogans like “JOIN US” and “DRUGS.” There were also single letters, in the form of earrings dangling Simons’s initials. And there was a new motif: metal skeleton hands, many of which clasped models’ arms and wrists.

Essentially, Simons’s approach is “if it ain’t broke, don’t fix it.” “The collection is about things I love—things I have always loved, that are always there in every collection, in the processes behind it, and the clothes,” he said. The show notes hammered down that same sentiment: “References to history are reassuring: the history of both RAF SIMONS, and of fashion, a comfort in their familiarities.”