The Gossip Girl actress, 30, wowed in a gold and burgundy Atalier Versace gown at the Costume Institute’s annual fashion exhibit in New York. 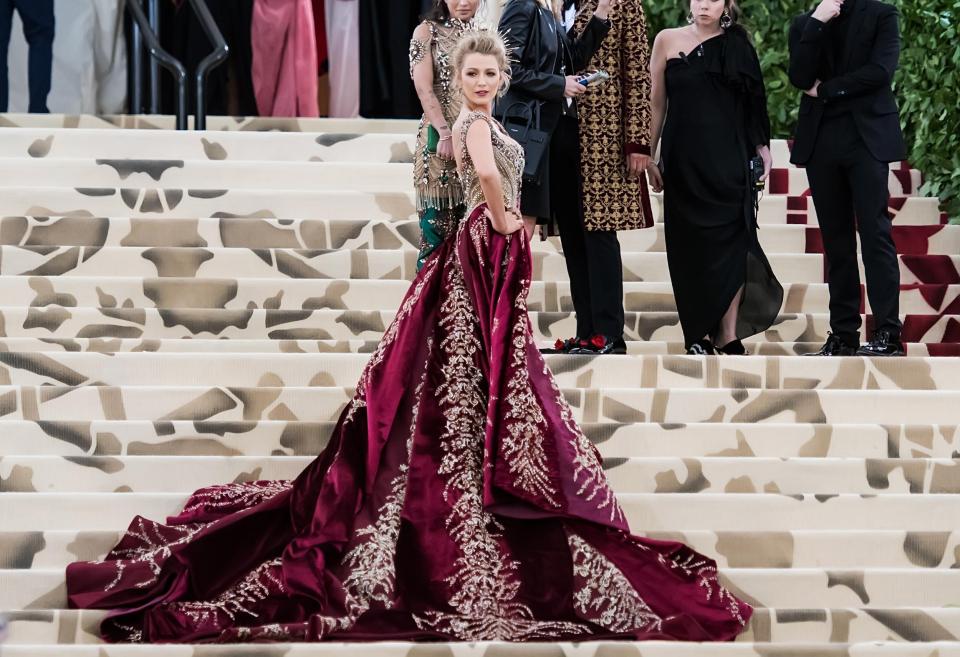 The fundraising event is frequented by some of the leading figures in fashion and entertainment, and this year's theme was "Heavenly Bodies: Fashion and the Catholic Imagination".

And we knew Blake's outfit was going to be spectacular after she announced earlier this year that after 600 hours, it still hadn't been completed.

The frock featured stunning hand-sewn beading, a jewel-encrusted bodice, sheer panelling on the legs and a long, dramatic train.

Blake, who described the gown as her "favourite dress ever", told Vogue: "They’ve already worked on it for 600 hours, and it’s not done." 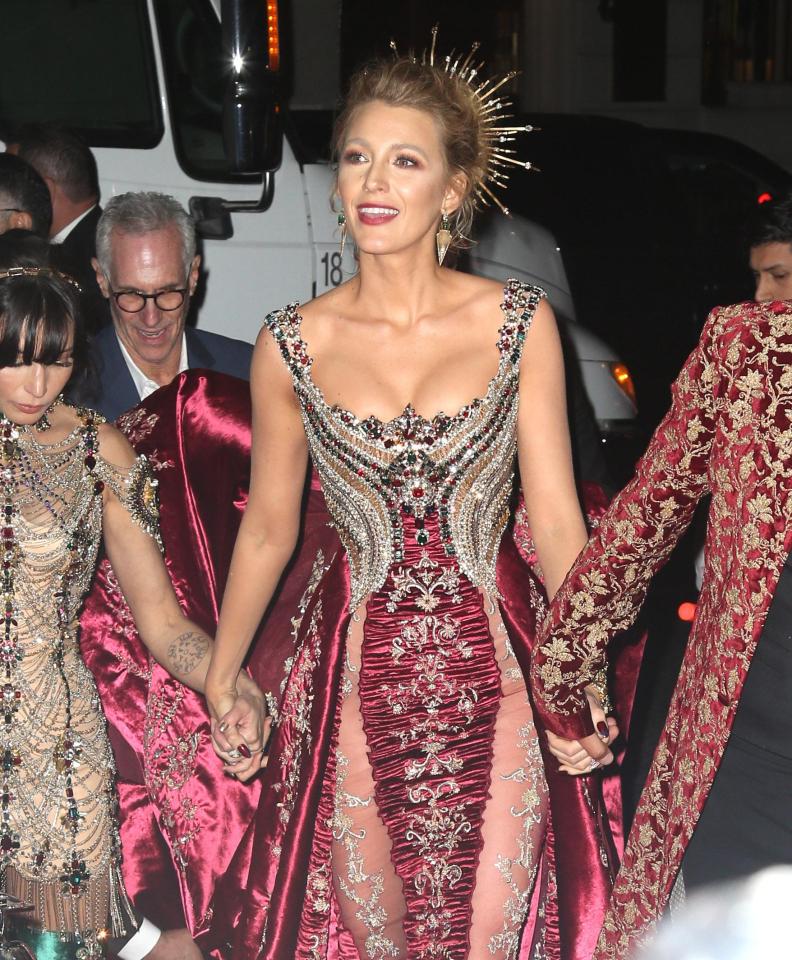 In a nod to the theme, Blake topped off the extravagant look with a golden halo-like headdress.

In another interview with Women's Wear Daily, she revealed how she decides what to wear to huge events like the Met Gala.

Blake explained: "They’re making something custom for it. So it’s kind of nice, because I have a bunch of artists around me who I have direct relationships with.

"It’s sort of a group effort with that. I rely on people who do that for a living rather than outsourcing it to someone else." 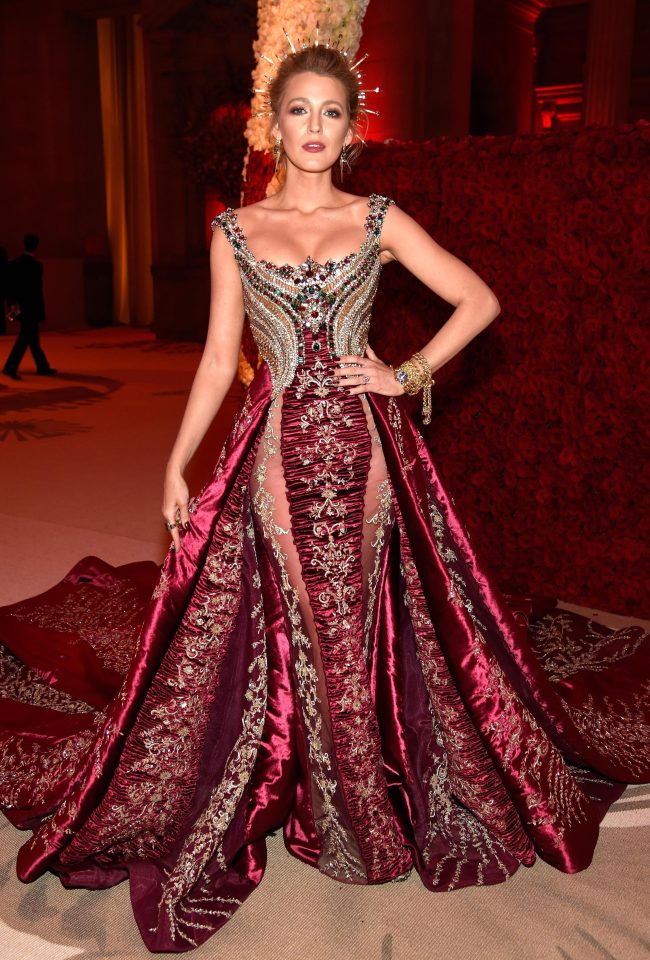 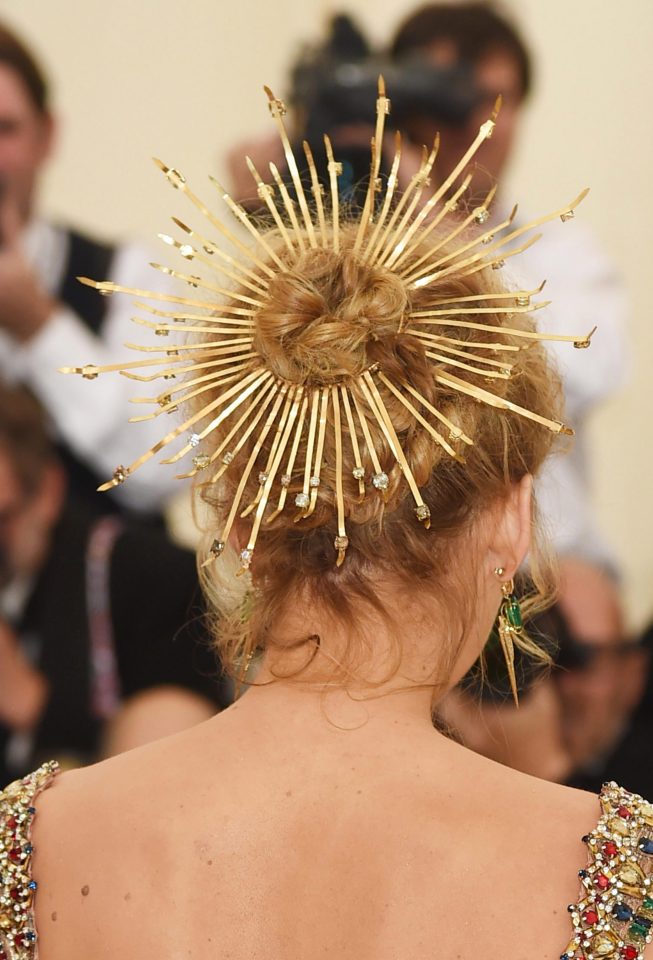 The actress, who famously doesn't have a stylist and instead takes creative control of her image, added: "Once you have the clothes, you just pick out what to wear like any other human being does.

"But it’s easier because you have access to clothes and so it’s not that hard."

Blake said: "The hard part is going through all the fashion shows and screen-shotting all the looks you like and calling them in.

"I have an assistant who helps in calling in the looks. But a lot of it is I have relationships with the designers." 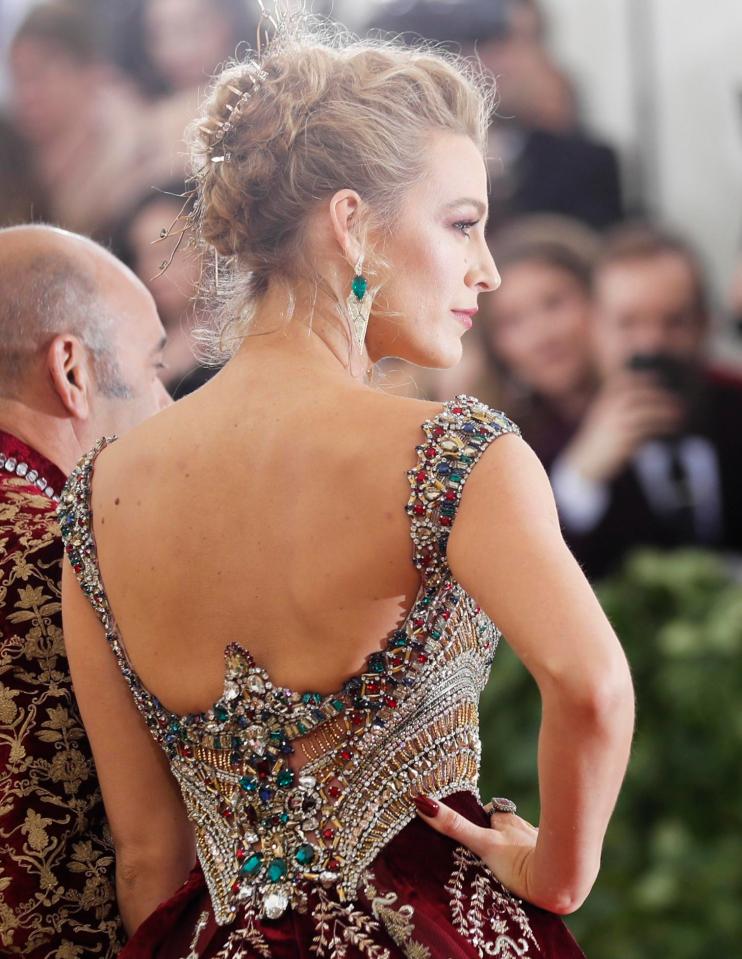 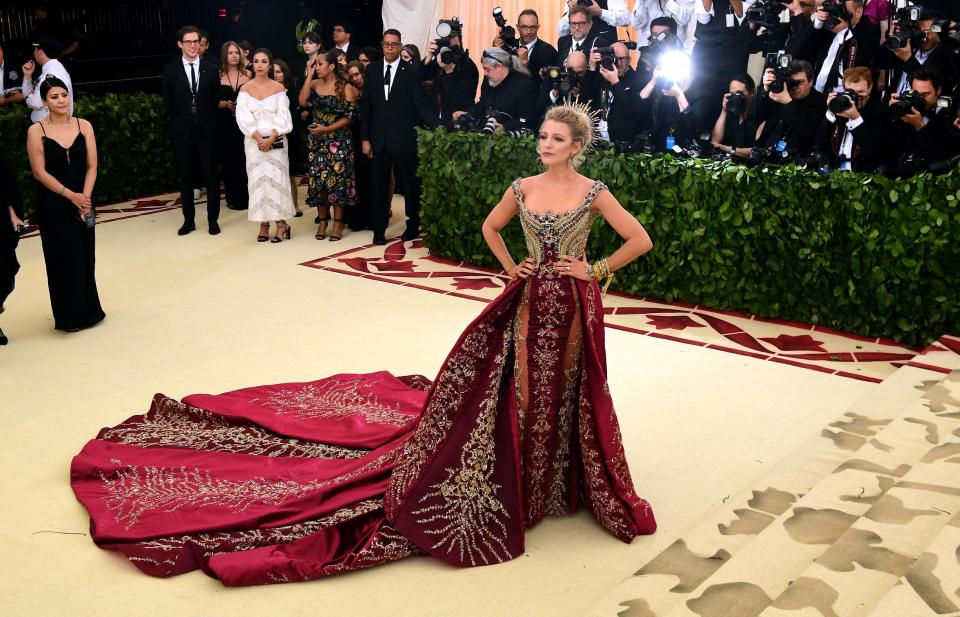