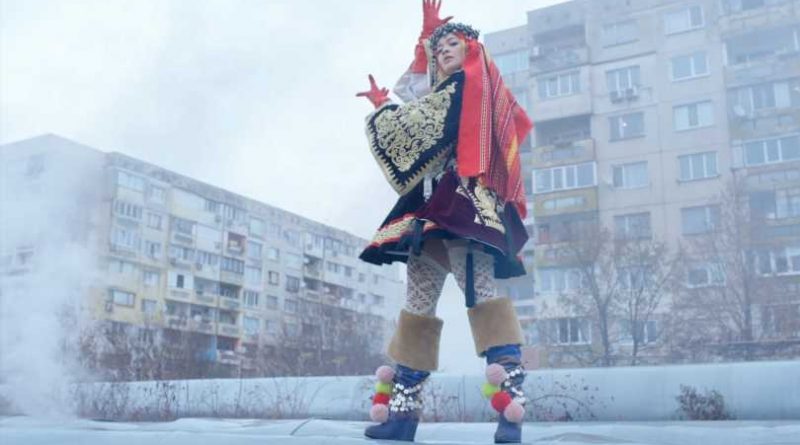 For the “mini-movie” set to the soundtrack of her latest EP, Rita Ora got into her Eastern European roots.

“I’m wearing a traditional Kosovo outfit,” said Ora, who is Albanian, but was born in Pristina, the capital city of Kosovo.

The folkloric outfit, seen at the outset of the film, is completely covered up and a departure from the fierce, edgy and at times culturally appropriative style Ora has often worn in her videos and on the red carpet. She has appeared in cornrows and afros, which last year led to accusations of blackfishing.

The Kosovo outfit was handmade by Valdrin Sahiti, a designer from Kosovo who is best known in Europe and the United Arab Emirates for his ornate bridal dresses and glittery gowns. “It’s heavily embroidered, in black, gold and red, extremely vibrant, and very detailed with a lot of jewelry,” the celebrity singer/songwriter told WWD.

On Instagram, Sahiti wrote that Ora, “put Kosovo on the map. She said to me she wanted to show everyone our traditional and ethnographic style, so I created this masterpiece to match the gravity of what she’s done for our country.”

“He does beautiful dresses,” said Ora, on a call from Australia, where she’s working as a judge on “The Voice.”

The short film, she explained, is set to the soundtrack of her new EP called “Bang” and was shot in Bulgaria showing historical landmarks, such as the Buzludzha monument, and scenery of the country.

Jonathan Cohen, Markarian, and Sergio Hudson on Being in the Inauguration Fashion Spotlight

Ora’s new four-track EP gets released Friday. It was written and produced by Ora and record producer Imanbek, a Kazakh DJ, over Zoom. It features “Big,” their new single with David Guetta, Gunna and Argentinian rapper Khea.

Ora is also a judge on the U.K.’s “Masked Singer,” and she’s in her second season designing a line of footwear for ShoeDazzle, called Rita Ora x ShoeDazzle. Fall 2020 was the first, and two ShoeDazzle drops are set for spring 2021 — March 1 with 13 styles in 25 colorways, and April 1 with seven styles in 14 colorways. The line is filled with lug soles, chain details and over-the-top embellishments. To the pop star, it represents  “unapologetic femininity and strength.…This collection has got something for everyone — heels, flats, boots. But I was very meticulous. We had months and months of creative meetings.”

She said the team had the benefit of sales data from the past season to guide the offering for spring, which flagged clog heels and booties as best sellers. Nevertheless, “The tech and design teams were very open to creative direction. That’s really important to me,” Ora said. “I love experimenting. I love vintage looks and finding little gems that we could incorporate into the pieces. It’s definitely been an amazing experience. 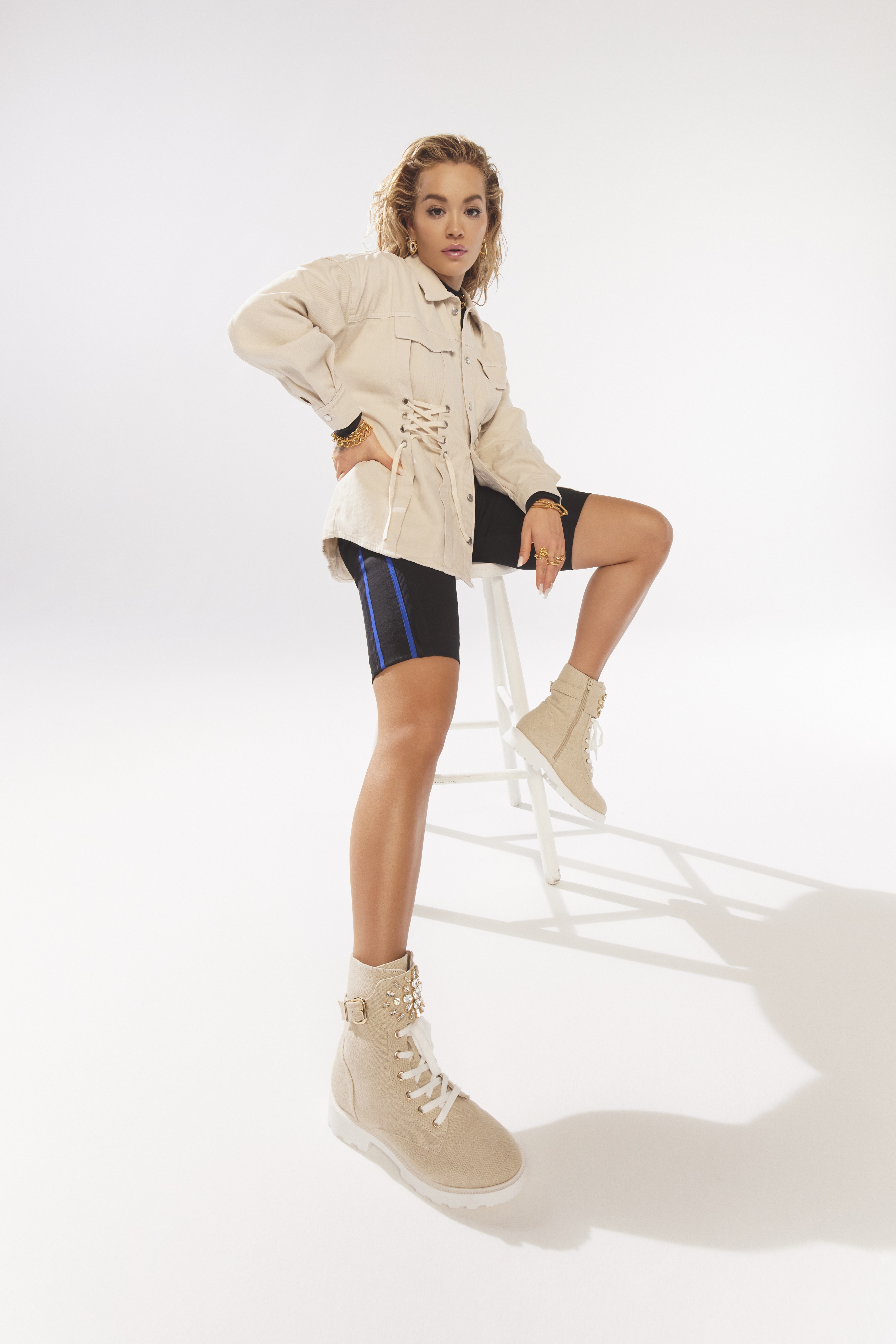 Rita Ora in a spring footwear style for ShoeDazzle.

“Women love to feel comfortable and sexy at the same time. For me, I love wearing trainers — you guys call them sneakers. I am a bit of a tomboy. But having a pair of sneakers and a sexy heel in your bag is a double whammy,” said Ora, who mentioned that her first job ever was working in a sneaker store in London called Size. She immigrated to the U.K. with her family when she was a year old.

It seems inevitable that the 30-year-old pop star will eventually sign a ready-to-wear deal. She hints at it, but doesn’t divulge any plans. “I’d love to but can’t right now,” she said. “We have a lot of things going on.” 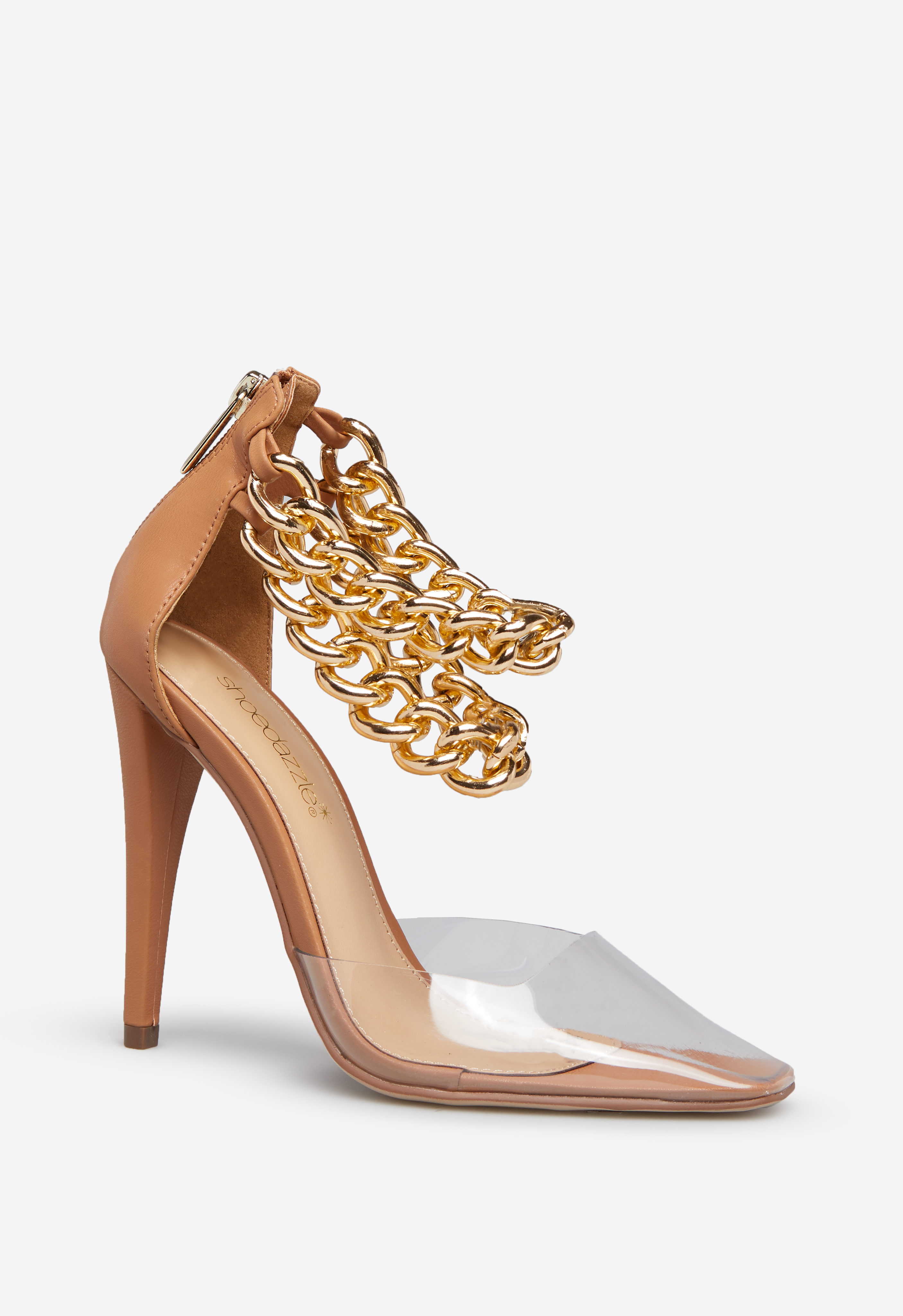