The Best Celebrity Hair Transformations of 2020

The NBA star, 29, shared a photo via Instagram on Friday, July 24, of himself rocking braids instead of his typical cropped haircut. “New Look 😉,” Thompson captioned the picture.

Kardashian, 33, commented, “Jake Shuttlesworth?” in a nod to Denzel Washington‘s character in the 1998 Spike Lee film He Got Game.

The Arthur George designer has recently been feeling more confident on social media. Days earlier, Kardashian shared a rare shirtless photo of himself during a beach trip with his 3-year-old daughter, Dream — whom he shares with ex-fiancée Blac Chyna — and his sister Kendall Jenner.

The former Keeping Up With the Kardashians star made headlines in June when he showed off a slimmer figure in pictures he shared via Instagram from his sister Khloé Kardashian’s 36th birthday party.

A source told Us Weekly earlier this month that the sock designer — who has retreated from the spotlight in recent years — is back in a “good mental state.” 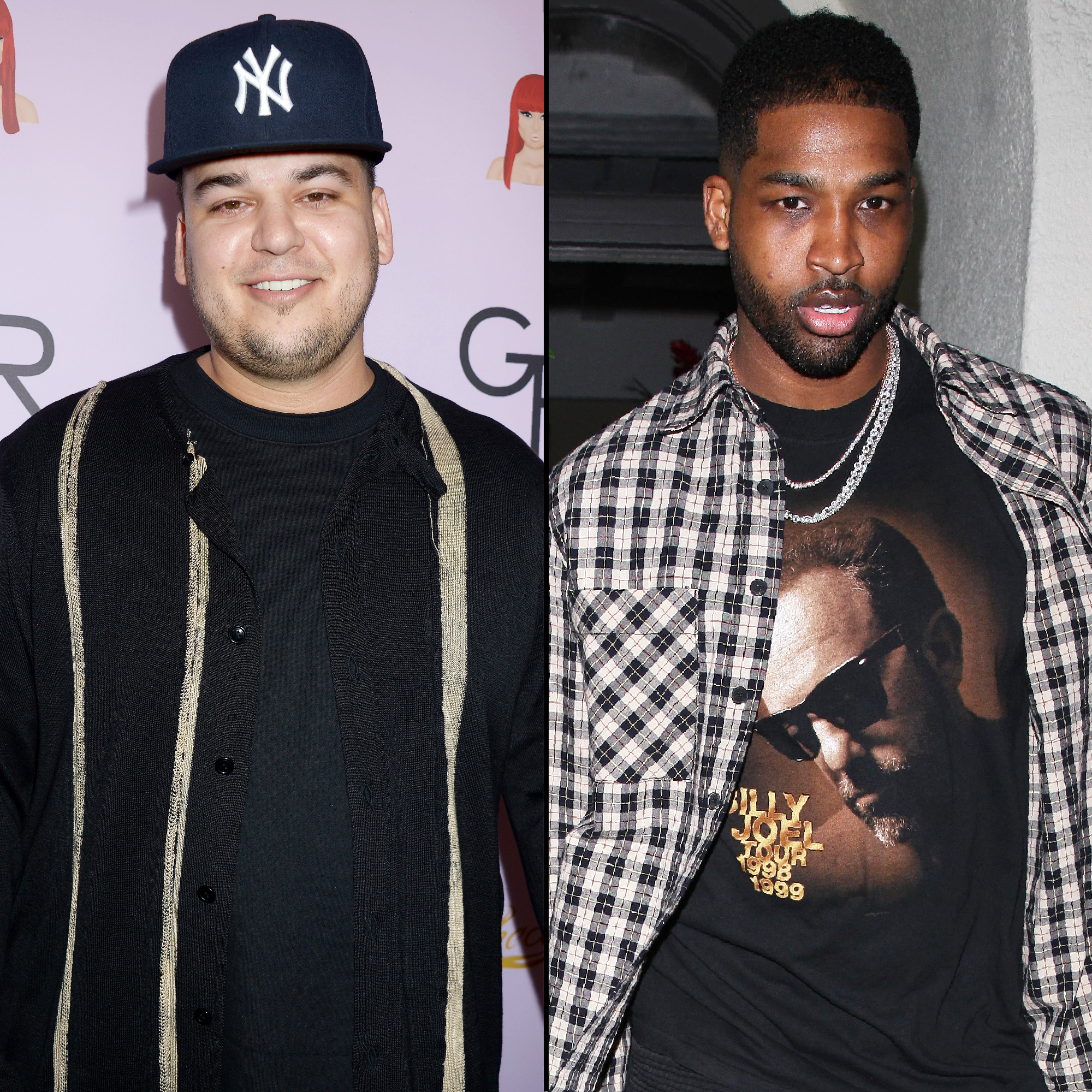 “The combo of all those things and time has really paid off with his fitness and his body,” the insider said at the time. “He’s really focused on being a parent, he lives for Dream and that keeps him in a good place.”

Rob could also be eyeing a comeback to his family’s reality series. Khloé hinted to E! News on July 16 that her brother might make a return to Keeping Up With the Kardashians.

“We always say when it becomes unfun and we’re all, like, dreading doing something, then hang it up,” the Revenge Body host said. “I mean, it’s not gonna last forever and we know that. I think we’re so OK with that. But, like, for [Kourtney Kardashian], if she wasn’t feeling like that was her happy place, by all means, we don’t want anyone to do that. … My brother’s coming back around. Like, he’s feeling more confident [and] comfortable. So I think he just started a whole new season.”

Rob Kardashian Through the Years

As for Thompson, the Cleveland Cavaliers player has been quarantined with Khloé and their 2-year-old daughter, True, amid the coronavirus pandemic. The former couple ended their two-year relationship in February 2019 after the athlete was caught kissing Kylie Jenner‘s then-BFF Jordyn Woods.

Earlier this month, the pair sparked rumors that they had reunited and Thompson had popped the question. However, a source told Us at the time that the duo are “not engaged.”