Prince Harry's fiancée will be an official member of the Royal Family in a matter of weeks and these recently unearthed snaps illustrate her journey from a normal childhood to royal bride-to-be. 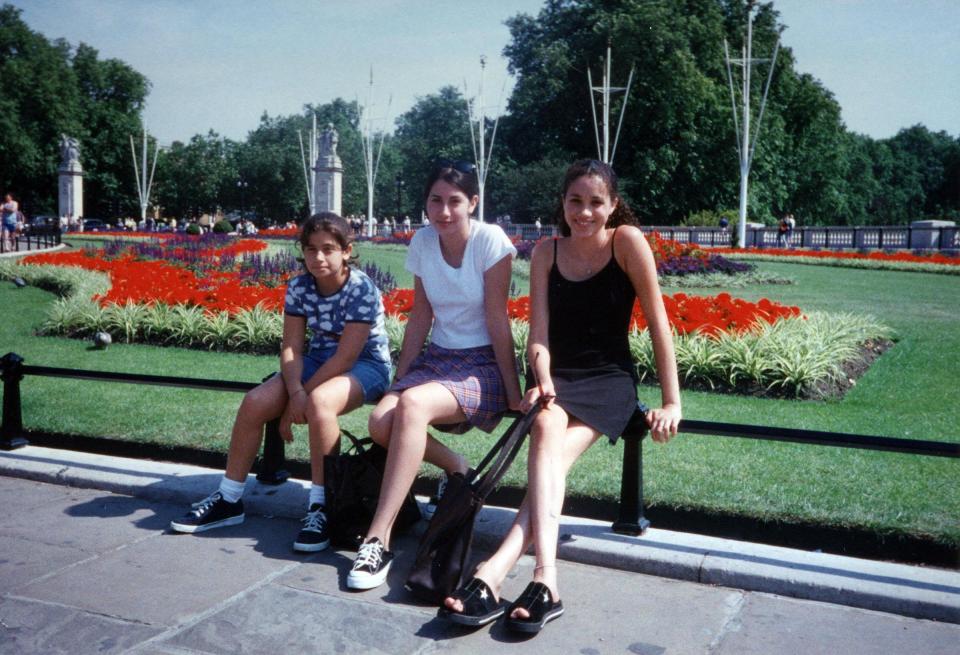 The pictures, which were released by her childhood friend Ninaki Priddy, include Meghan and her friends sitting on the grassy verges in front of Buckingham Palace.

The visit came part of a European tour with the Priddy family in June of 1996.

The photographs from that trip also show her on stage at a cabaret show in Paris, outside the Louvre and playfully posing with their tour guide.

Earlier images show her at various stages of her youth at talent shows, birthday parties, at school and even dressed up in fancy dress. 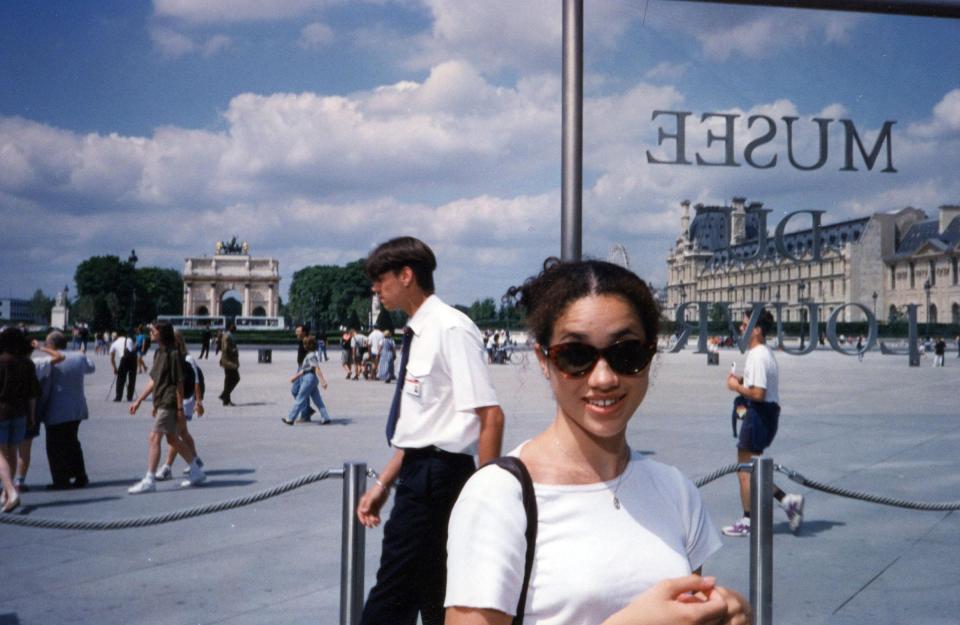 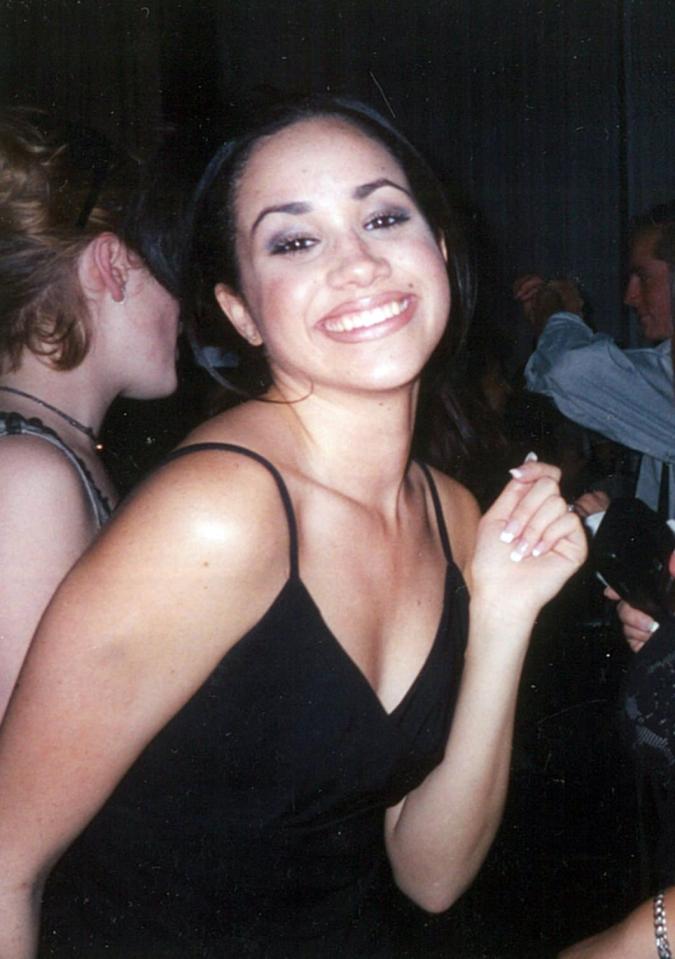 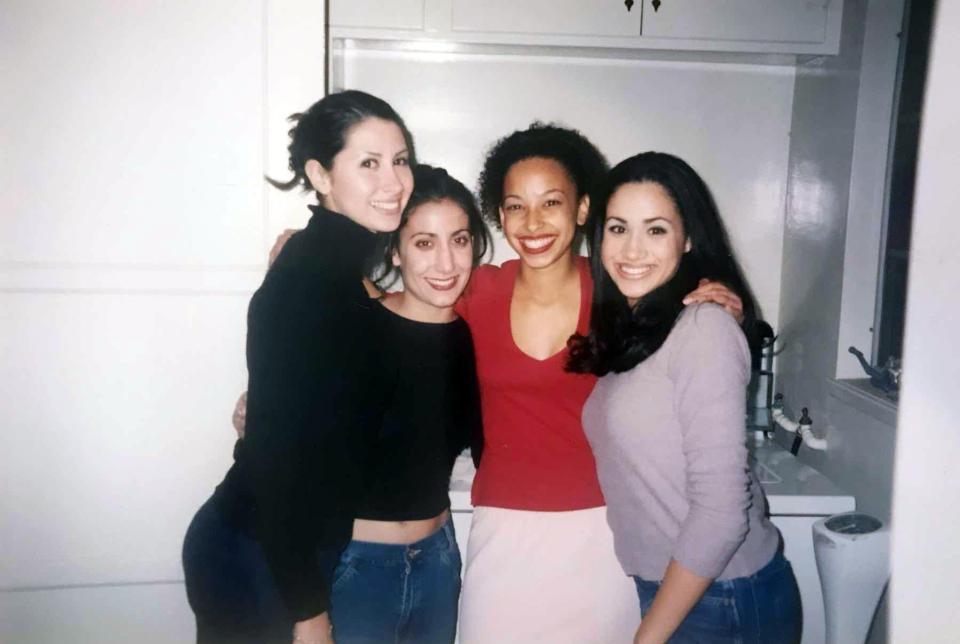 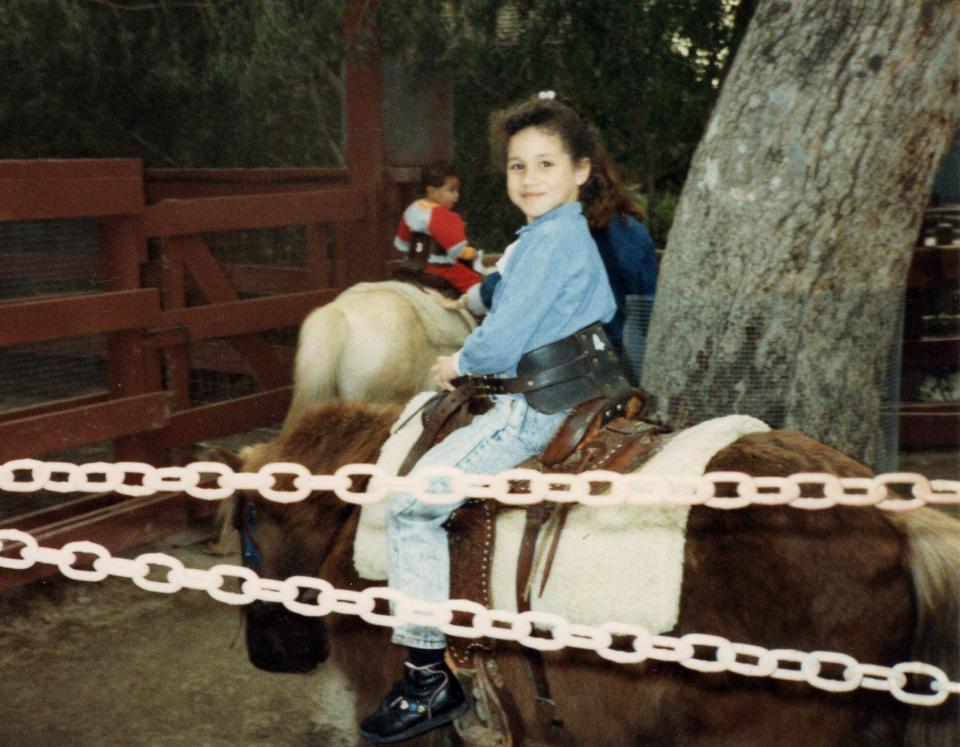 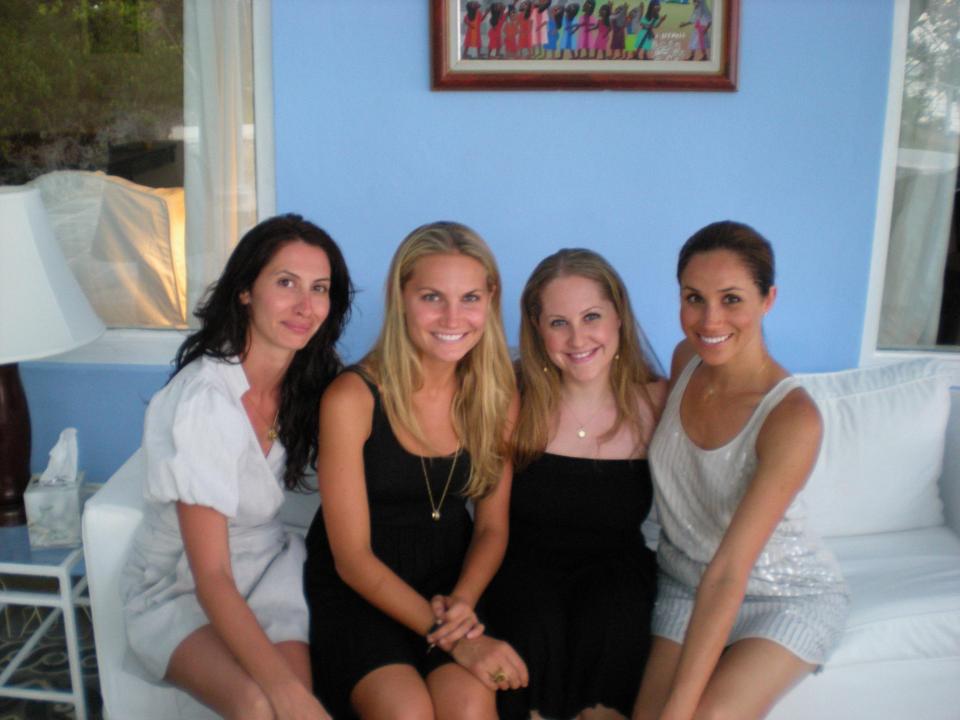 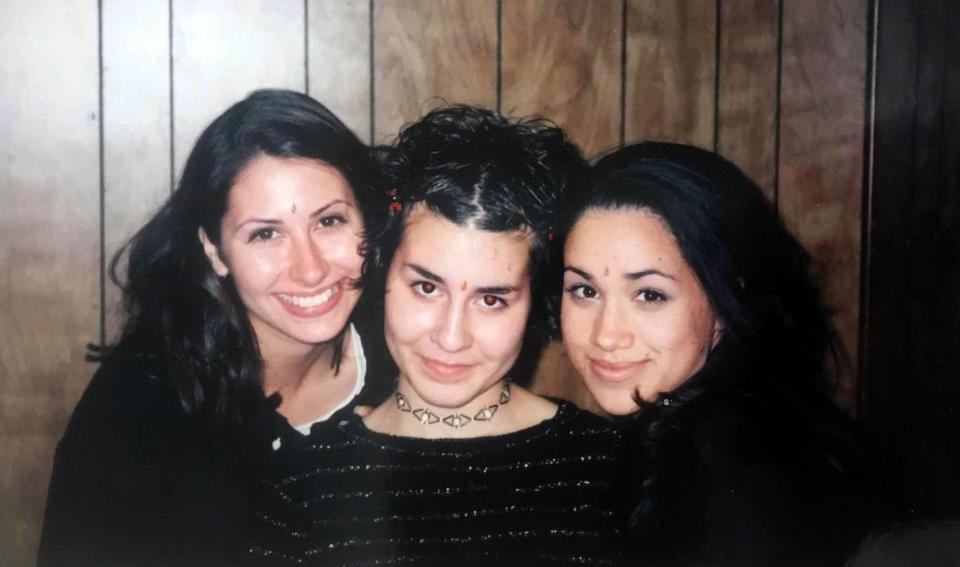 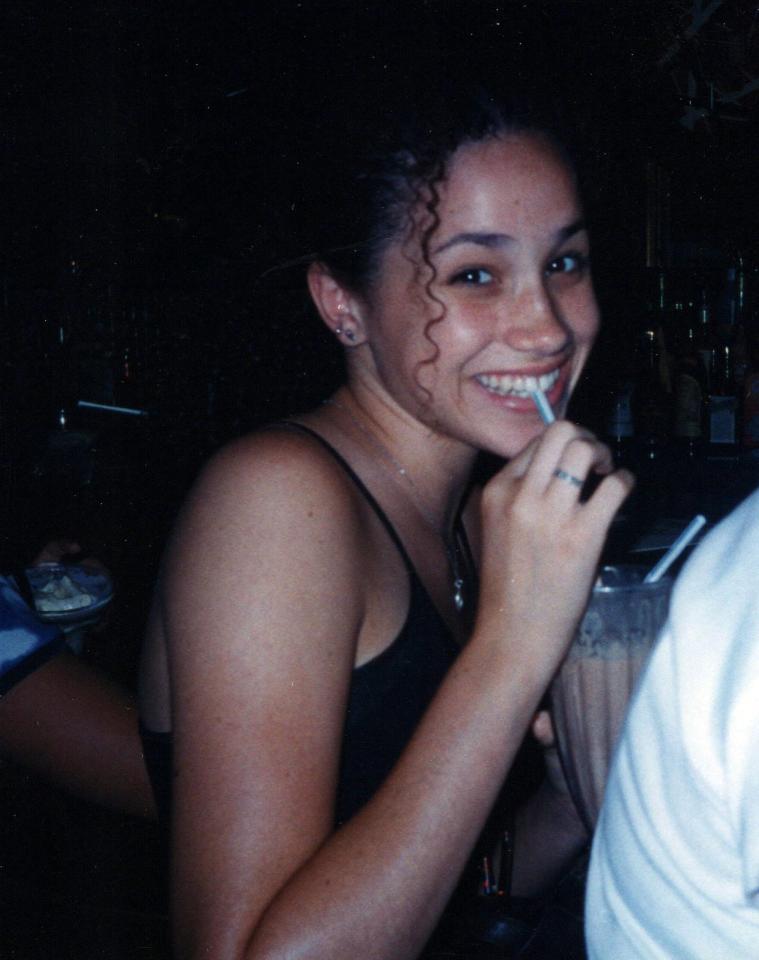 Later snaps, including from high school parties and reunions with friends in later years, show Meghan blossoming from a smiley young girl into the woman who won the prince's heart.
The photographs, taken by Ninaki and her family, also include Meghan and her mum Doria at her university graduation in Chicago in 2003. 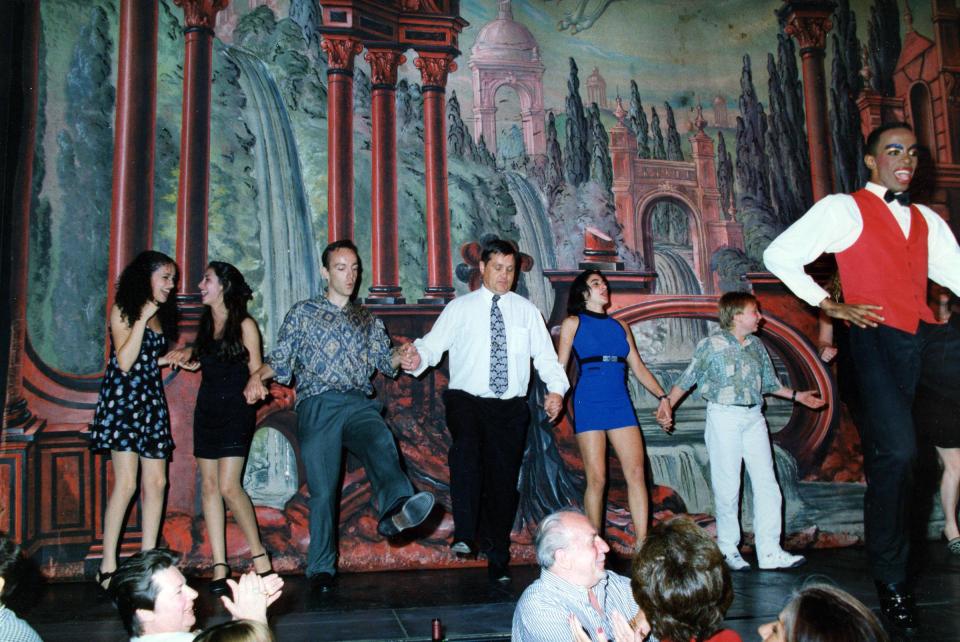 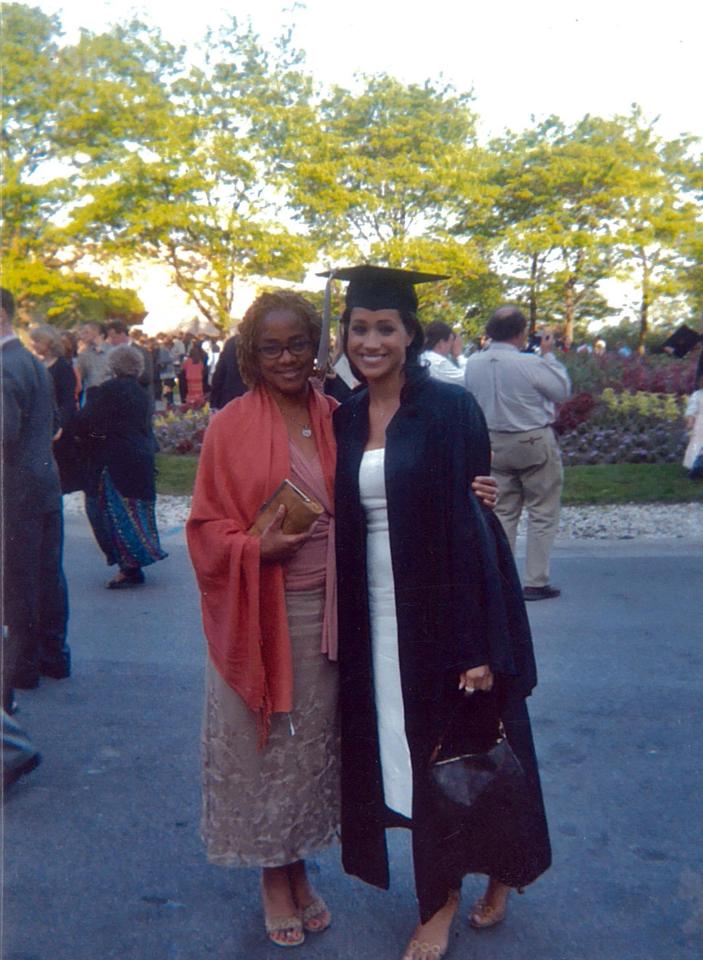 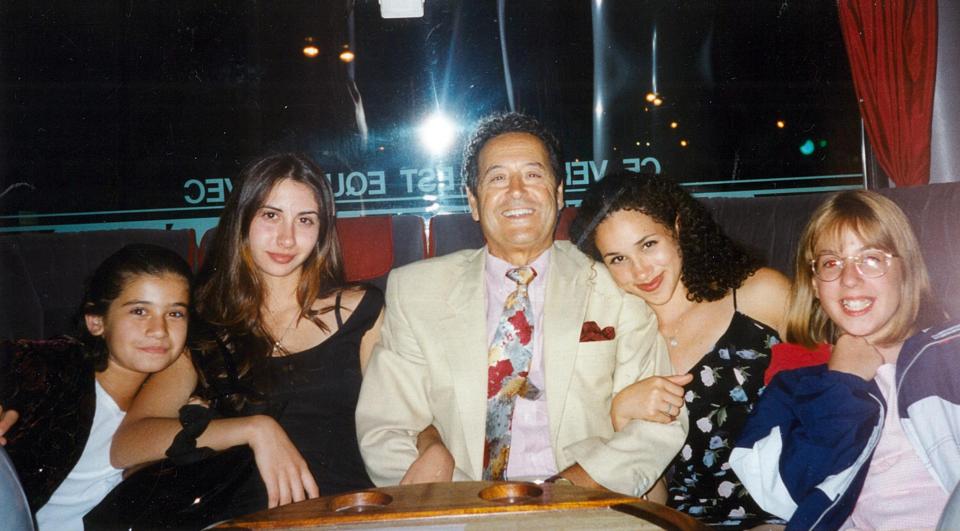 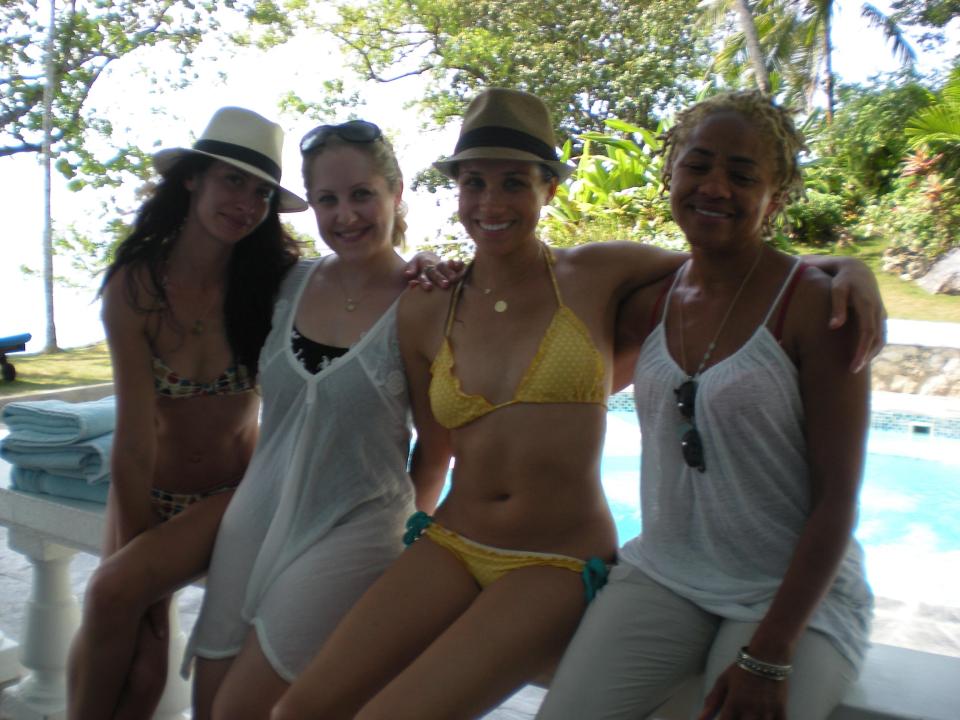 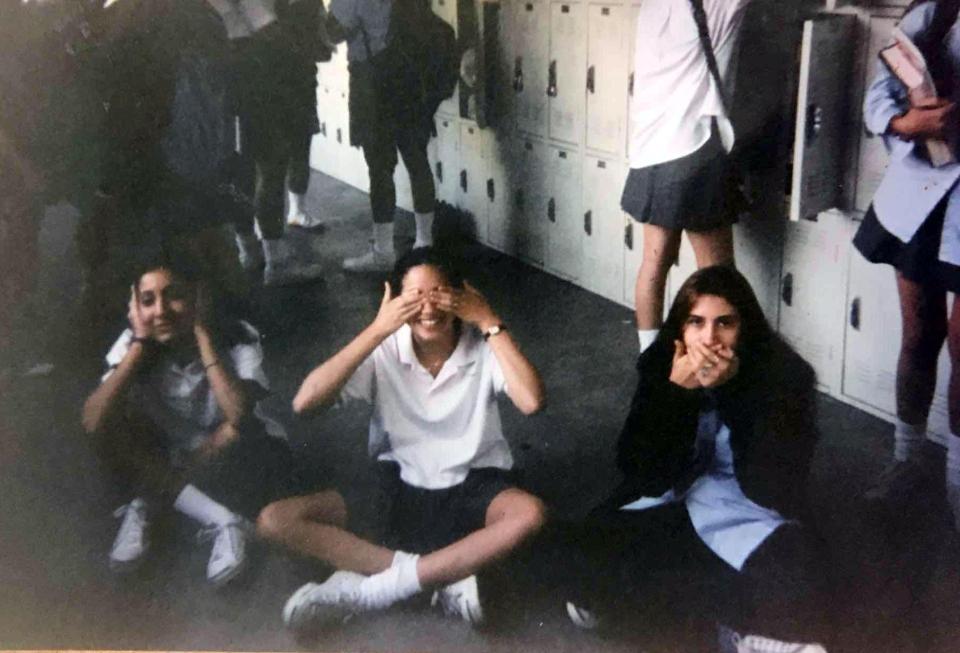 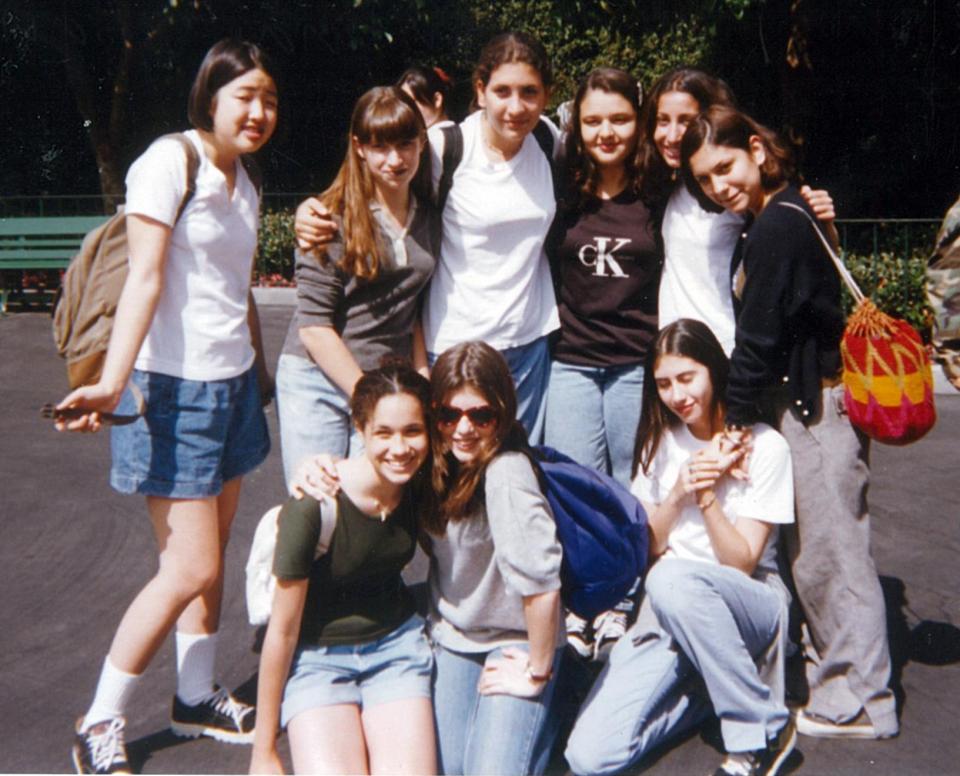 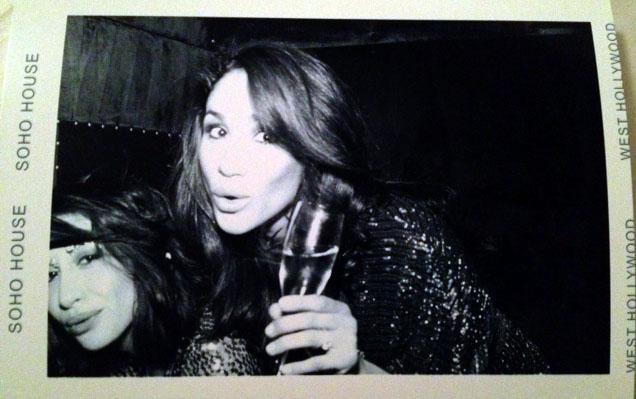 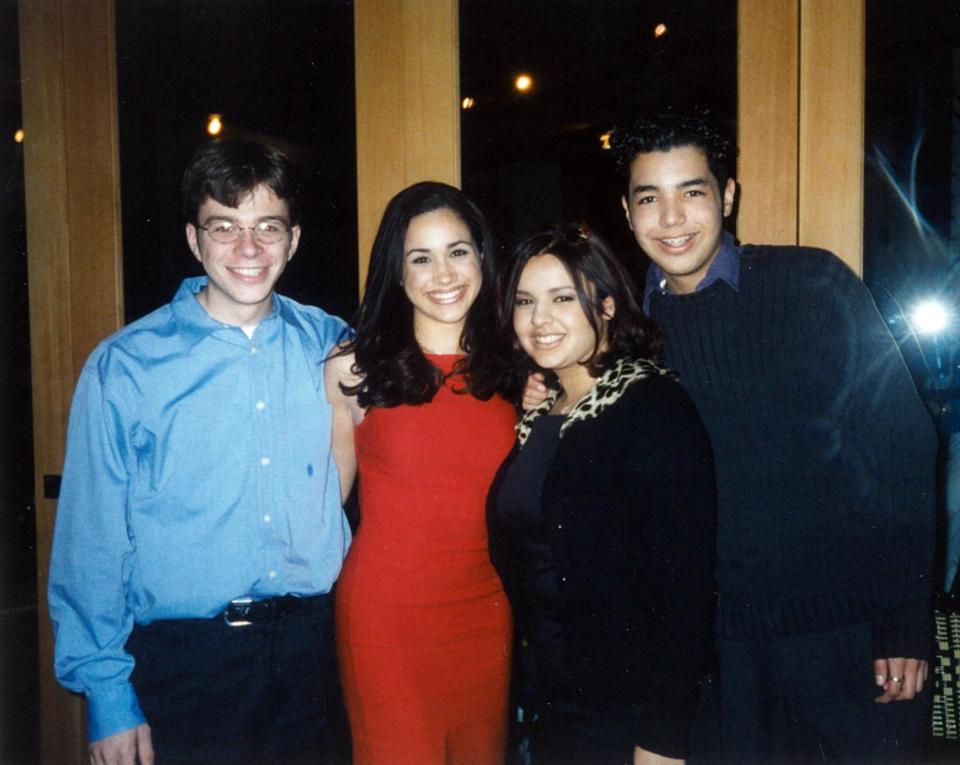 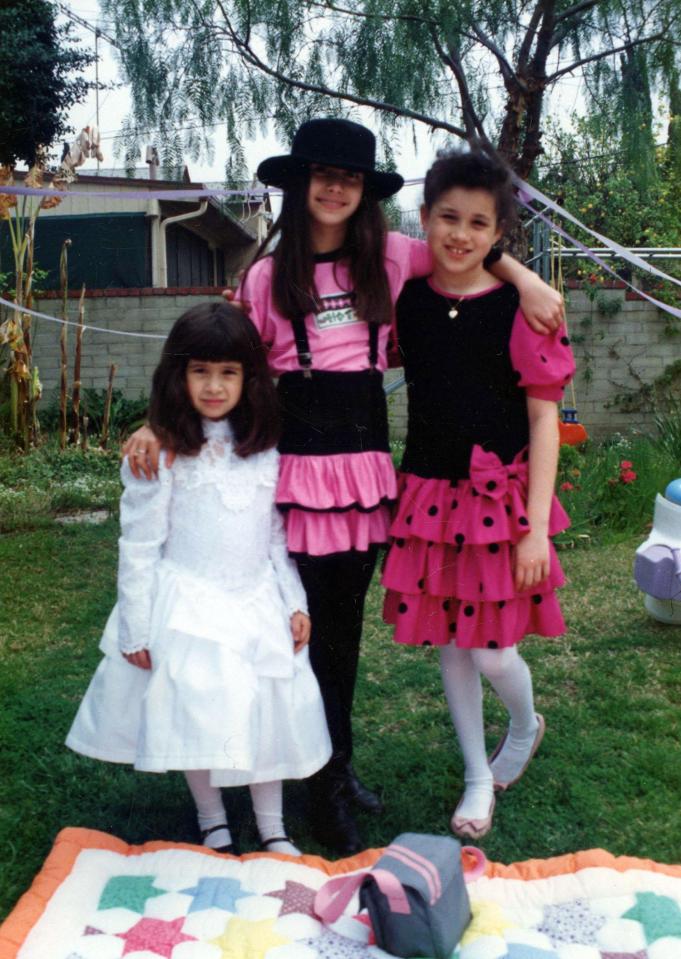 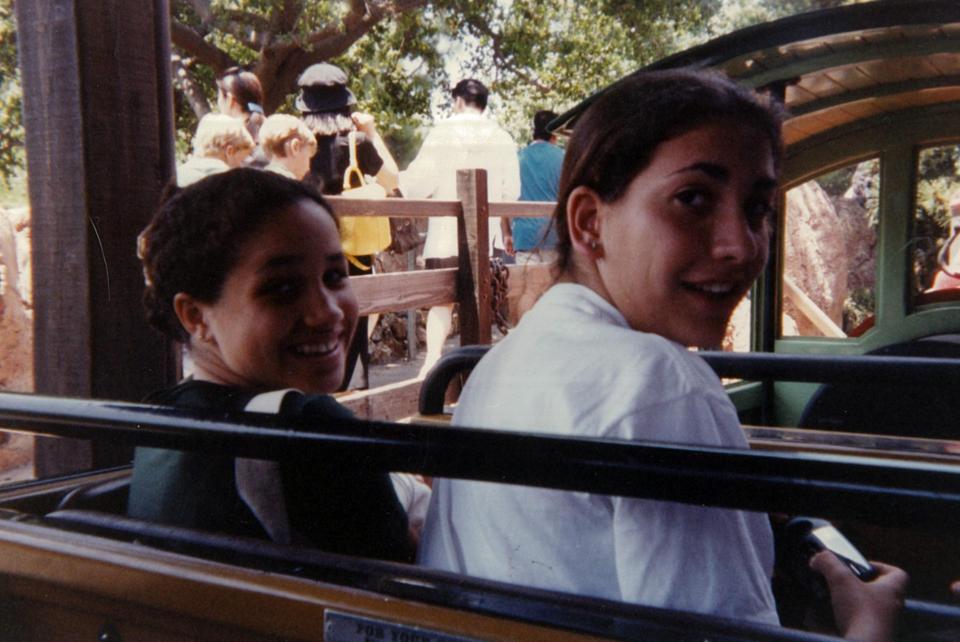 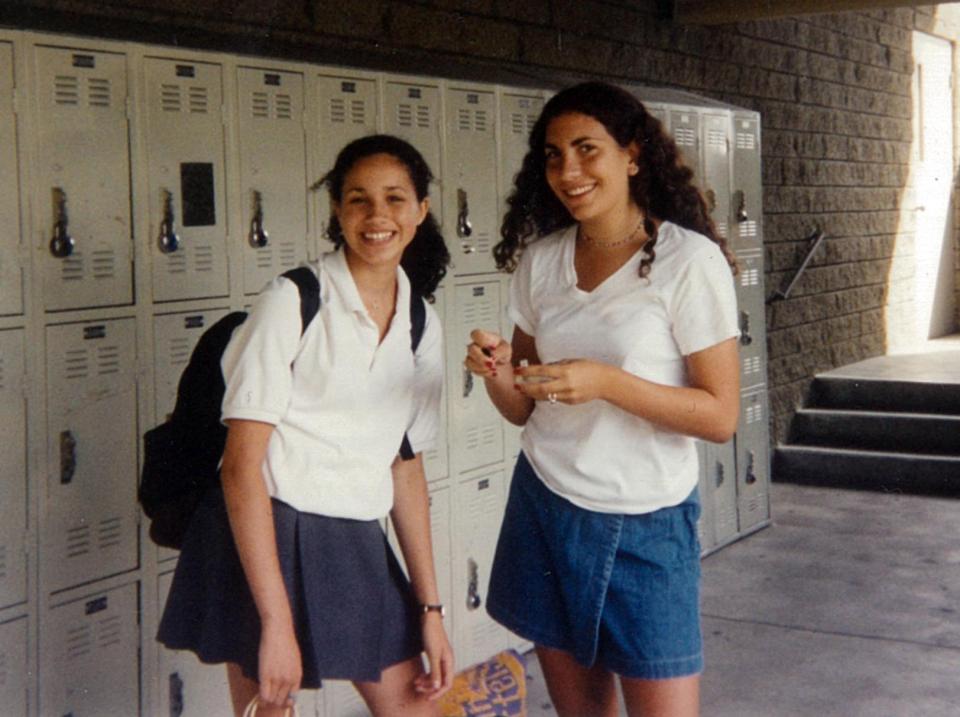 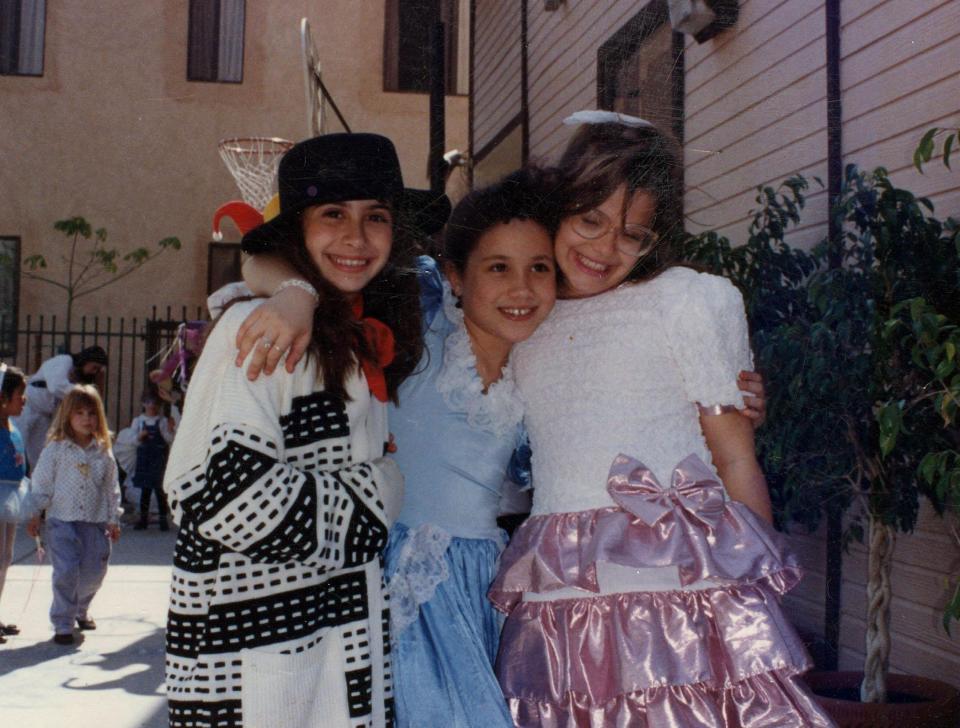 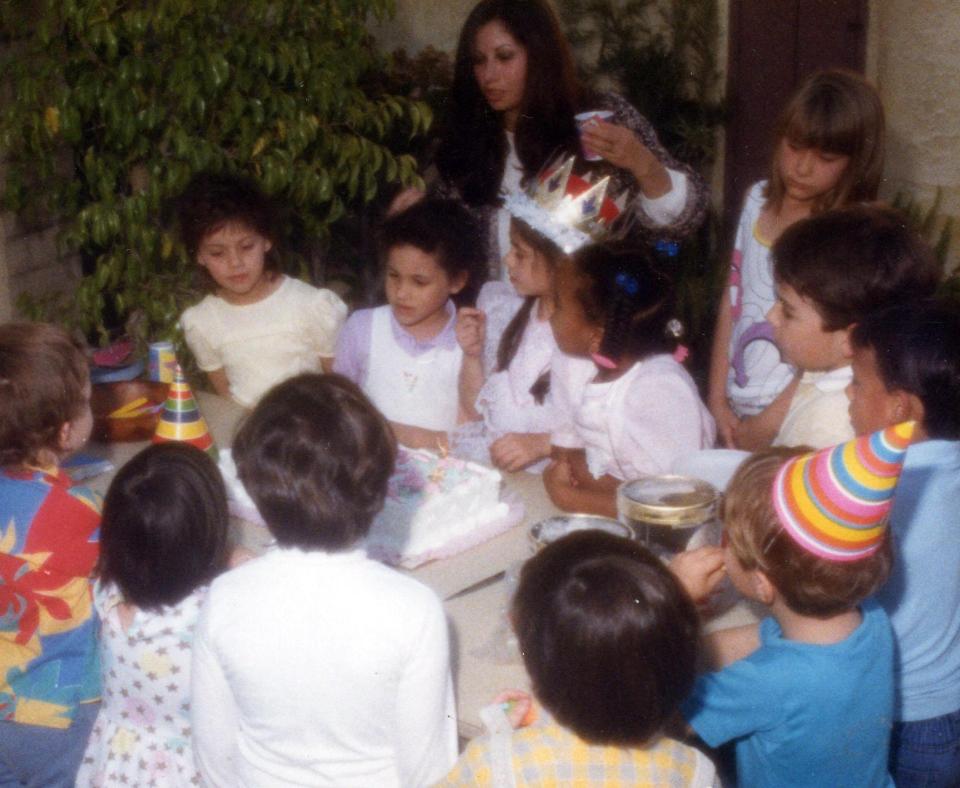 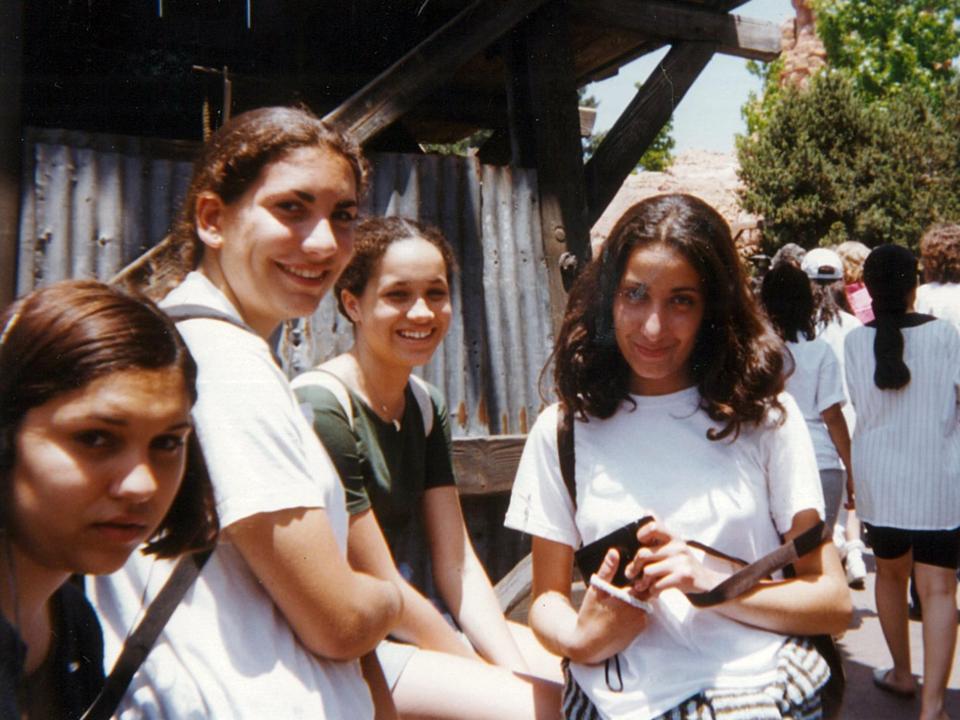 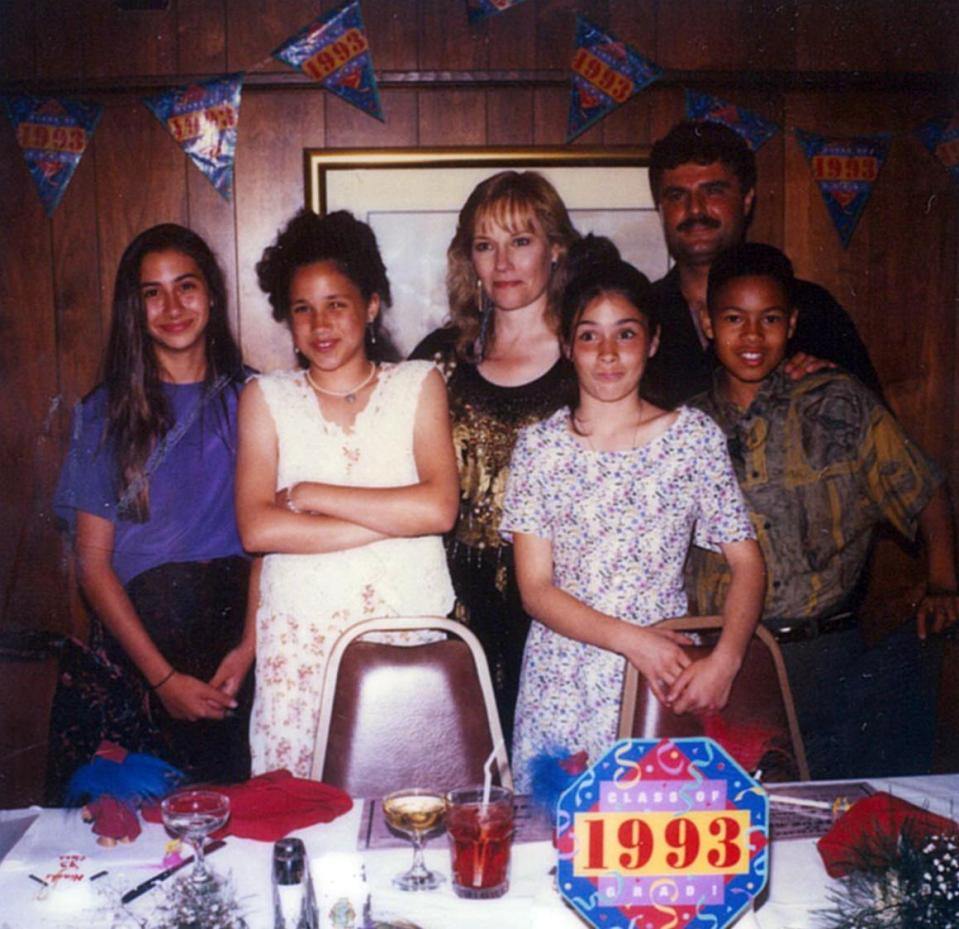 If you can't wait for the royal wedding, check out the timings for the ceremony, carriage and procession so you can keep up to date with the celebrations.

Or get to know Claire Ptak, the baker who is creating the signature elder-flower wedding cake for Harry and Meghan.

Find out about the SECOND wedding dress that Kate Middleton wore which is just as stunning as the first.