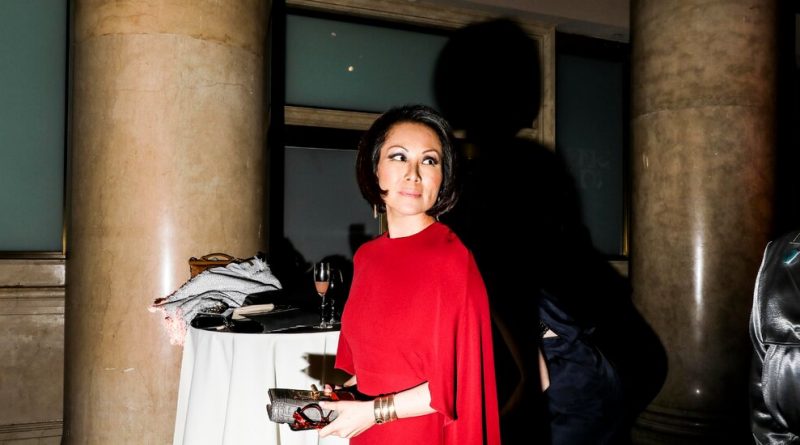 With the New York charity circuit on hiatus, here is how some philanthropists and society figures are spending their time and resources during the pandemic.

Where have you been hunkering down?

I have spent most of the past year in my apartment on Central Park South. I remember looking out at the park in March and April last year; it was totally empty, totally silent. If you live in New York you learn to live with, and even appreciate, the sounds of the city. The silence was deafening. Sometimes it was broken by ambulance sirens. You knew every time you heard that what it meant.

How did you cope?

When I finally emerged about a month later, I did a very long walk in the park. It felt so restorative. You don’t realize until you’re deprived of it, how much you appreciate fresh air. For the next few days my legs really hurt. But it felt great to be outside.

What has it been like to work from home?

I used to say I get my greatest inspirations in the morning. I would always think of the best way open a piece in the shower. Now I find myself sitting in front of the laptop thinking, “When is it going to come?” Sometimes it comes at 2 in the morning. 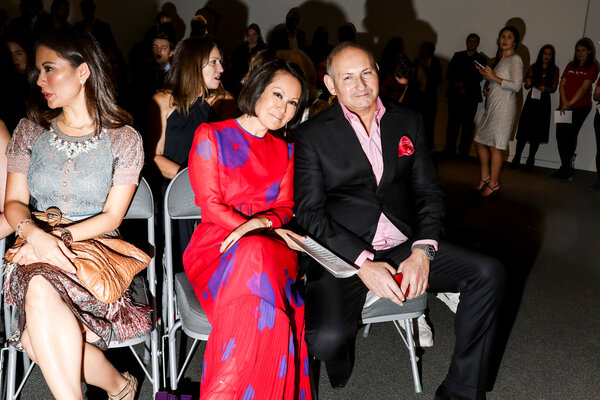 Anyone who knows me or even thinks they know me might assume I can’t boil an egg. That was pretty much the case. I used to be terrified in the kitchen. Now I find it relaxing and therapeutic. I’ve found a passion for cooking. I make a mean pizza and a mean batch of brownies, too. And I can whip up a bucatini all’Amatriciana — a tomato sauce with pancetta and spices. I’ve bought more cookbooks than anything else. If you can read, you can cook.

I can’t ignore that Asians are under attack. It’s immensely sad — and terrifying. I’m especially fearful for the elderly. My mother has been staying with me. I tell her to wear sunglasses when she goes out, I often try to do the same. It doesn’t have to be this way, and, yet, here we are.

What lifts your spirits?

I never thought I would say this, but I’m looking forward to a big fancy party and getting dressed up again, seeing people in tuxedos, drinking, chatting, dancing and all of that. People say that it will be like the Roaring Twenties when the pandemic is over. Maybe. But it seems to me that all of this has forced us to slow down. I hope the days of being double and triple booked on a single night are over.

Where have you been sheltering?

I’ve been in Manhattan since September in our apartment in the Village. I’m in the eighth month of my pregnancy so I’ve been isolating myself out of pure caution. It’s been hard for me and everyone. The last year has felt like a minute and a century in one. It’s still weird to me to be writing the date 2021.

Has there been an upside?

There hasn’t been much expected of me in the sense of socializing. It’s been a blessing to be thinking less about myself and more about my child. I have a lot of friends who are pregnant. For people who’ve led fast-paced lives, this has been an opportune time to nest.

One of my guilty pleasures has been vintage shopping. I love the shopping on the RealReal app — I check it on the iPhone incessantly. But I’m lucky to have a creative outlet. I paint brand logos on seashells. My first was Supreme. I like the way they throw their logos on bricks or fire extinguishers. My husband, who is an art dealer, suggested different brands. I went on to Hermès, Ikea, Oreo and Pringles. I sell my shells at the Webster, the Gagosian bookstore and on my Instagram.

Has there been blowback from the brands?

If my shells were to be mass produced, there might be. But my hand-painted, one-of-a-kind pieces are considered original art objects. There are copyright clauses that protect people like me.

So, you think of yourself as an artist?

I’ve always thought of myself as a creative person but never an artist. But I have been able to chart my progress. I have definitely become a better painter. That people are actually buying my work is a sign they are taking me seriously.

Are you feeling optimistic?

A thousand percent. When Jeff Bezos announced that he was stepping down as C.E.O. at Amazon, it was a mirror effect of last year when he announced that the pandemic had pushed him to take on more responsibility. That he feels he can step away — to me, that is an amazing sign. The vaccine rollout has alleviated a lot of people’s fears. When you go outside and the city is alive, you actually feel a sense of hopefulness.

Where are you now and what can you see from your window?

I’m in a little house in the Rocky Mountains, looking at giant drifts of snow that look like a herd of animals in white fluffy blankets. All the trees look like their hairs, you know. Earlier this year I was in upstate New York a lot, camping in a van. The pandemic has influenced and amplified the time we are spending in nature.

What has nature done for you?

I made a rock garden out of boulders. I’ve been learning to listen to the sounds of the ice forming on the lake. I’ve spent a lot of time looking for rocks in rivers. Rocks have been around for millions and millions of years. Holding one is like having a time machine in your hand, as if it contains the condensed stories of civilizations that have risen and fallen, all packed into this tiny form of matter.

Does an artist need a social conscience?

I’m one of those souls who finds little distinction between making art or making the world a more just and equitable place. When I say “art” I mean music and cooking, science and theater, all of these things that create bridges between people.

What about social connections?

I would like to think those are important not just for artists, but for bricklayers, chefs, designers or plumbers — for everybody. The way I make art, it’s all part of social practice, the practice of being alive. Lockdown perhaps makes you go deeper with fewer people. That’s certainly something I’ve experienced.

I’ve been thinking a lot about psychedelics. New frontiers are being forged, which could help a lot of people suffering right now. I have a little related project that will come to light soon. I’m working on some bronzes about emergence and transformation, the combobulation of many forms. In the last decade I spent a lot of my life being social and building Pioneer Works. It was nice to have a moment of real pause. But we are opening up at the beginning of April with our exhibition program, and I’m grateful for that.