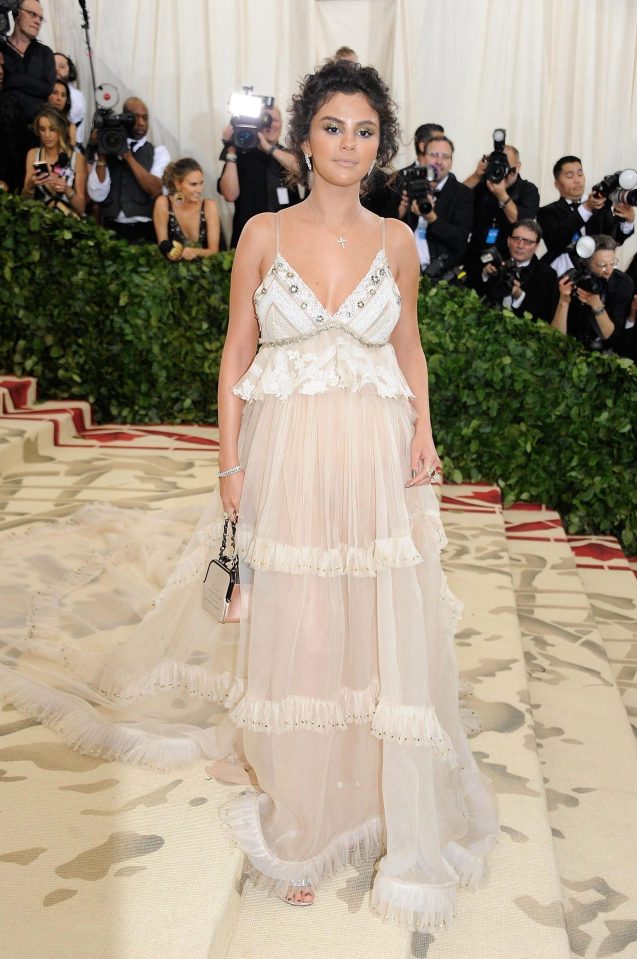 But Selena Gomez 2018 Met Gala look carried a much more subtle message that any but the most eagle-eyed would have missed.

The 25-year-old singer, who was styled by Coach, wore a ruffled gown with silk gauze and hand-pleated frills, and carried a small cream handbag.

And the message was in the detail of the bag which, according to Coach, was "finished with a personal touch from Ms. Gomez."

A close up of the bag on the brand’s Instagram page revealed an embroidered message which read: “A woman who fears the lord is a woman who shall be praised.” 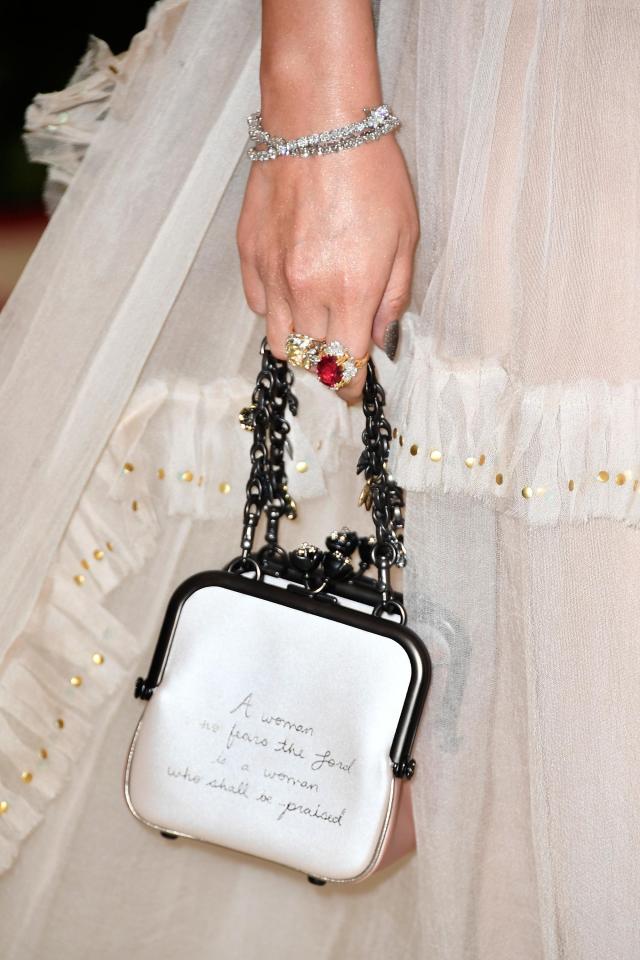 Embossed by us, hand-written by Selena. A closer look at the custom Kisslock Frame bag #SelenaGomez wore to the #MetGala. #CoachxSelena #CoachNY

Embossed by us, hand-written by Selena. A closer look at the custom Kisslock Frame bag #SelenaGomez wore to the #MetGala. #CoachxSelena #CoachNY

The quote is a Bible verse taken from Proverbs, and was chosen by the star herself.

There was another Bible quote on the ribbon of her dress, but it was unreadable on the Instagram pic.

It’s not the first time the star has used the Met red carpet to give out a positive message. 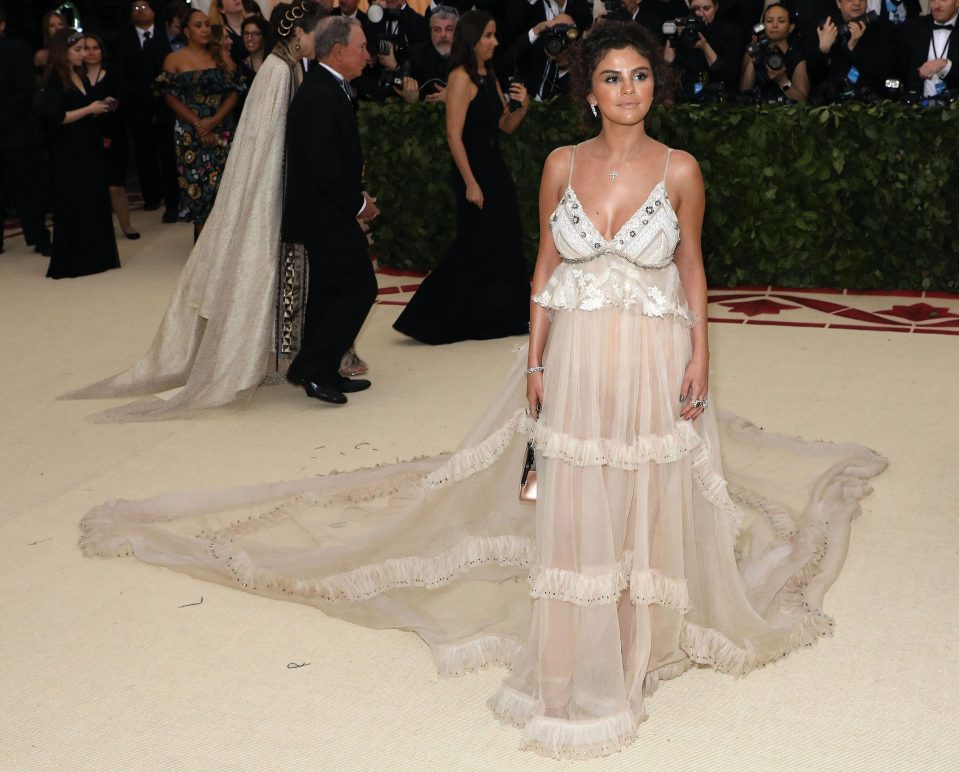 “She has such an effortless sense of style, and we wanted to evoke that graceful and easy feeling.”

The full theme of this year’s Gala, which took place at the Metropolitan Museum of Art in New York, was “Heavenly Bodies: Fashion and the Catholic Imagination."

Among the stars looking angelic were Kim Kardashian and Rosie Huntington-Whiteley.

But not all the red carpet celebs got it right – and here are the ones who didn’t look so heavenly.