The baby’s biological mother Lauren Hooper, 31, received the heart-breaking news that her rare heart condition would make her too weak to survive a pregnancy after she married husband Michael in 2014. 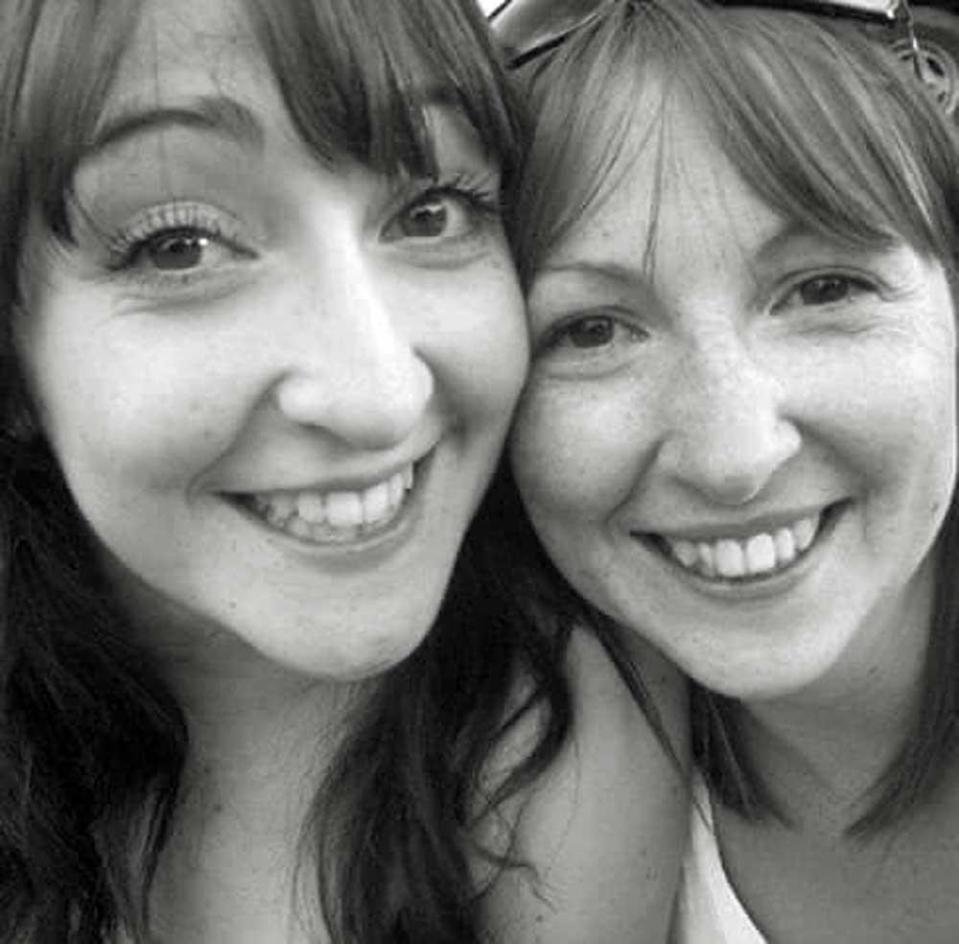 Born with a hole in her heart, a malformation of the pulmonary artery and collateral arteries to the lungs, Lauren was never expected to survive beyond her first birthday.

Despite being what doctors deemed terminally ill, Lauren’s heart kept struggling and was saved by a series of life-changing operations in her early teens.

After being introduced by mutual friends eight years ago, Lauren and her husband Michael, from Okehampton in Devon, had always dreamed of starting a family of their own.

Lauren said: “Finding out I couldn’t carry a baby was devastating." 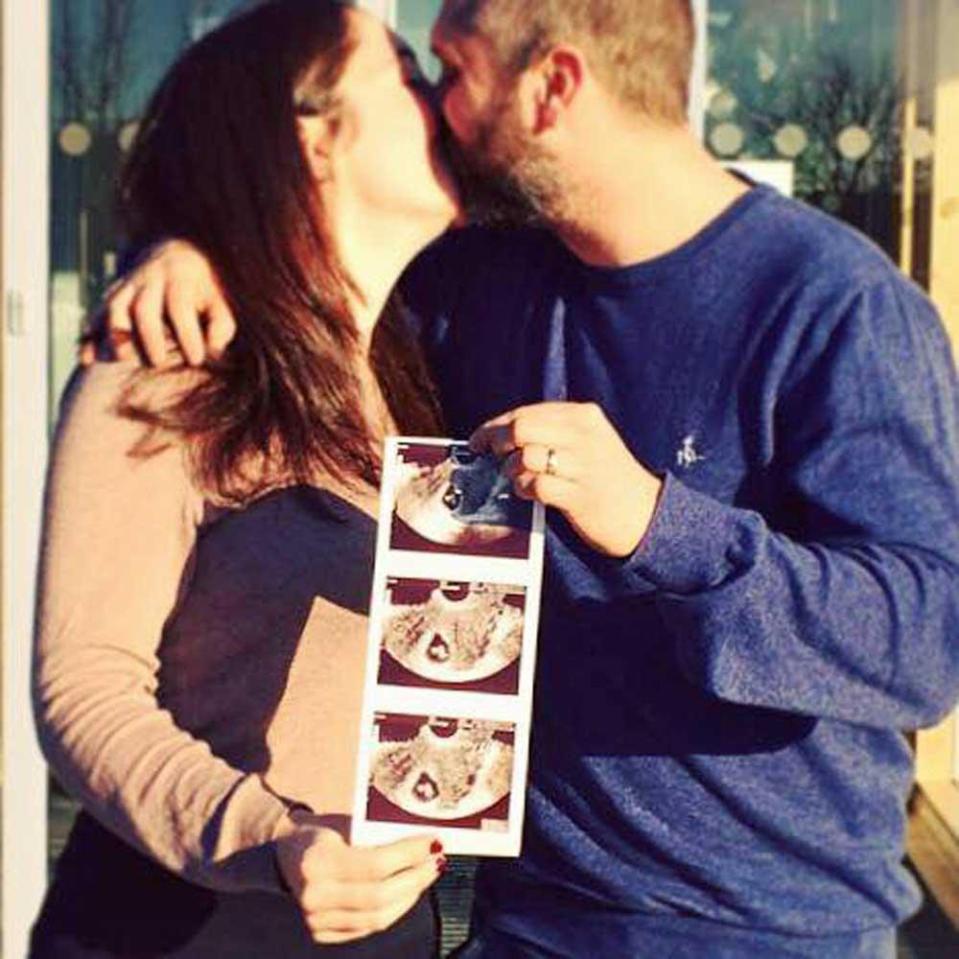 As Lauren’s condition is so rare, doctors predicted six possible outcomes of her potential pregnancy – four of which would be fatal to be both her and her baby’s lives.

“I was willing to risk something happening to me, but I never wanted to do something that would intentionally harm our baby,” Lauren said.

Just as the couple had given up all hope of ever having a family, Lauren’s older sister Ebony selflessly stepped in and made the astonishing offer to act as surrogate.

She told them: “I want you to be parents, I’ll carry your baby for you.”

Referring to the surrogacy as “no big deal”, the 36-year-old said: “We are such a close family that it is just natural for us to help each other through everything.” 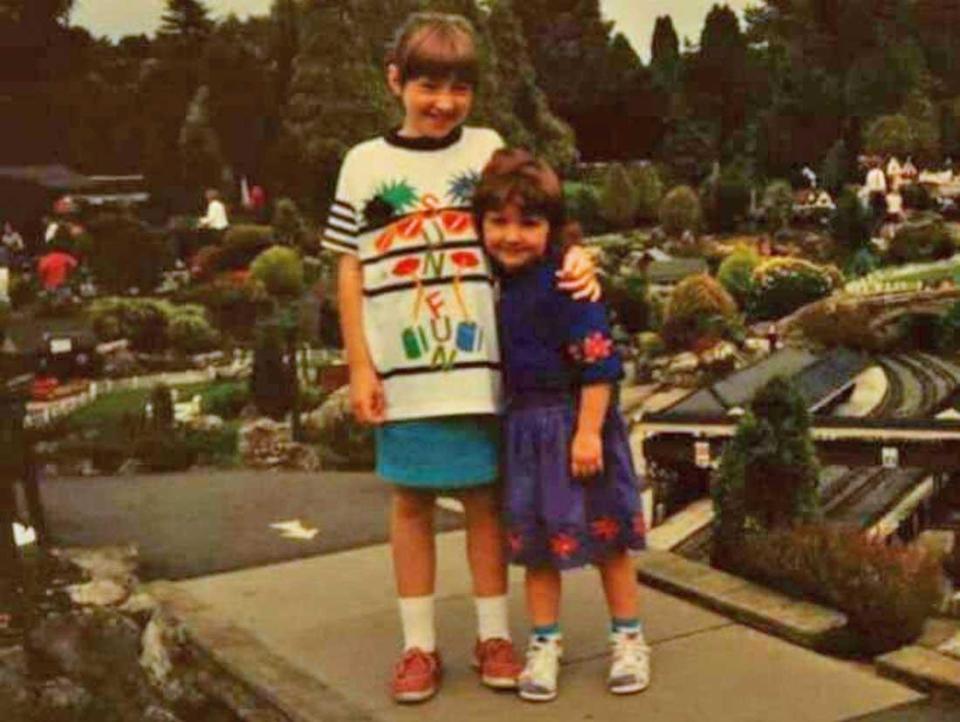 The happy mother-to-be initially explored other options to see if she could carry the baby herself.

But, when it became clear that surrogacy was the only way they would ever have their own child, Lauren knew that her sister was the only person she would ever want to take care of their baby for nine months.

And when she asked Ebony if the offer still stood, she wholeheartedly agreed. 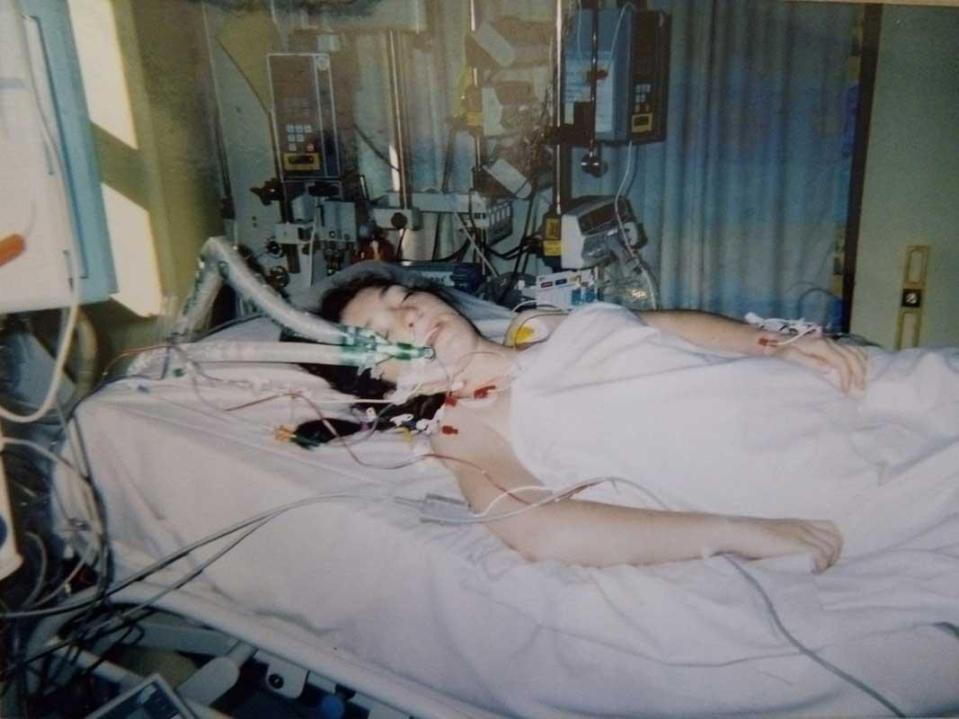 She continued: “It’s not been an easy journey, but now we are over halfway through the pregnancy and I can’t wait for us all to meet our little one.”

Entitled to a round of IVF on the NHS, the couple had to fund the implantation of the fertilised embryos into Ebony’s womb themselves.

After saving, they decided to go for their first cycle of IVF in April 2016 – creating three embryos, the first of which was implanted inside Ebony. 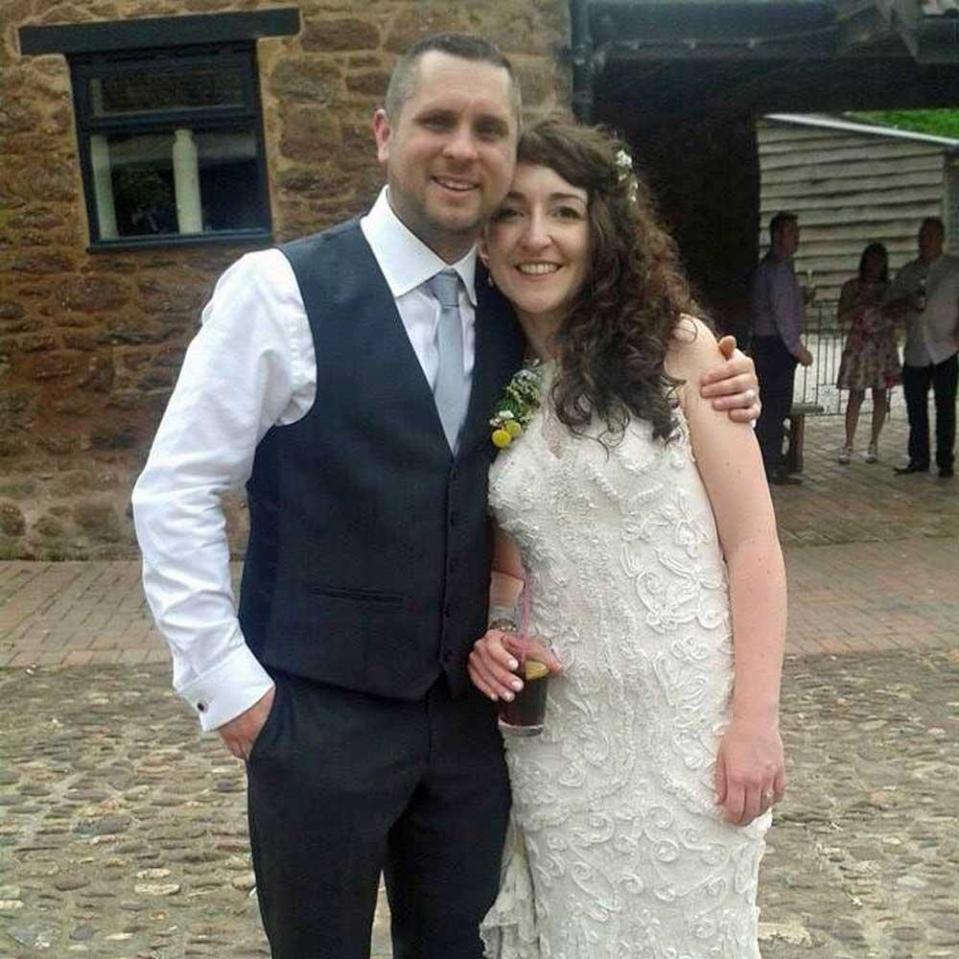 Sadly, Ebony suffered a very early chemical pregnancy, where the embryo falls away within the first few weeks.

Then, the second embryo implantation was unsuccessful, followed by another chemical pregnancy in January 2017.

Next, with the help of their families, they raised the £15,000 needed to have the whole procedure done privately – having another round of IVF in November 2017, with an embryo implanted a few weeks later.

Determined to let the couple feel like proper parents, stay-at-home-mum Ebony – whose partner, graphic designer Gavin, 41, supports the surrogacy – gave them a little tub of her urine, so they could perform the first pregnancy test. 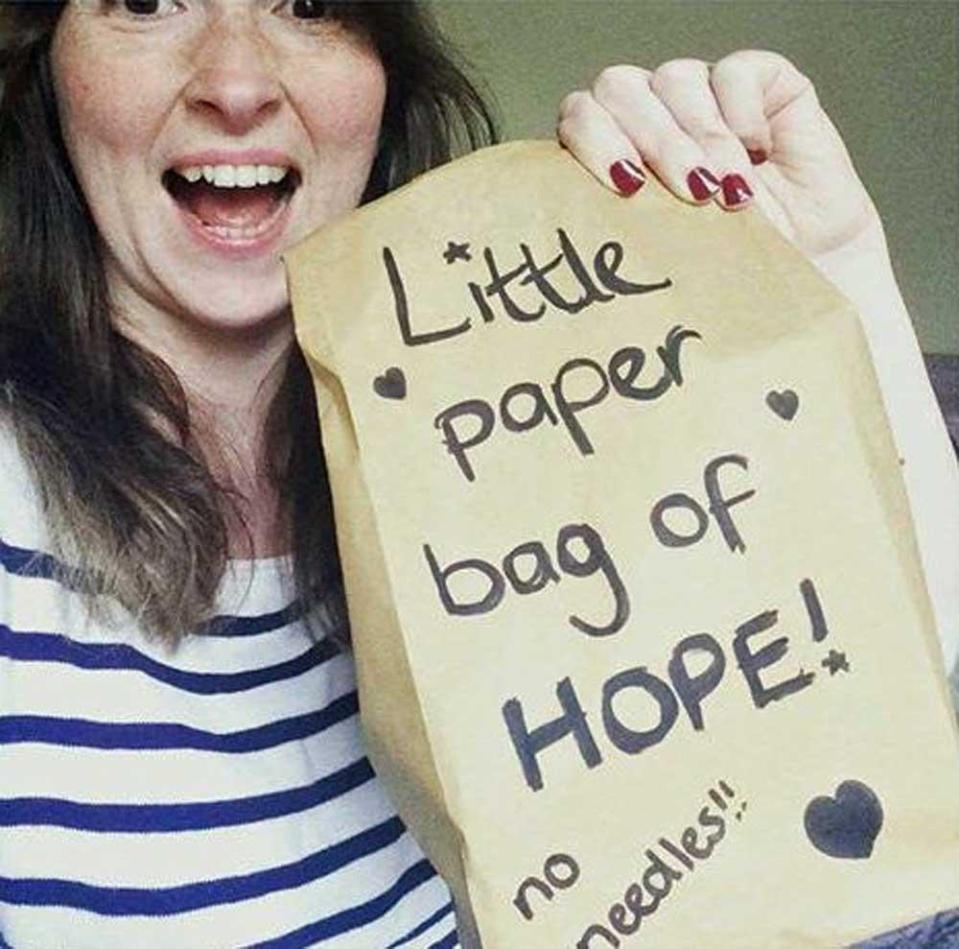 Together, they watched as two lines appeared.

After the initial excitement, they waited with baited breath, still remembering the two previous failed pregnancies.

This time, however, Ebony’s bump started to grow.

And, at the seven-week scan, they saw their little baby on the screen for the first time.

“It was an incredibly emotional day for us all. We couldn’t believe we finally reached the stage for a scan. We fell instantly in love,” Lauren said. 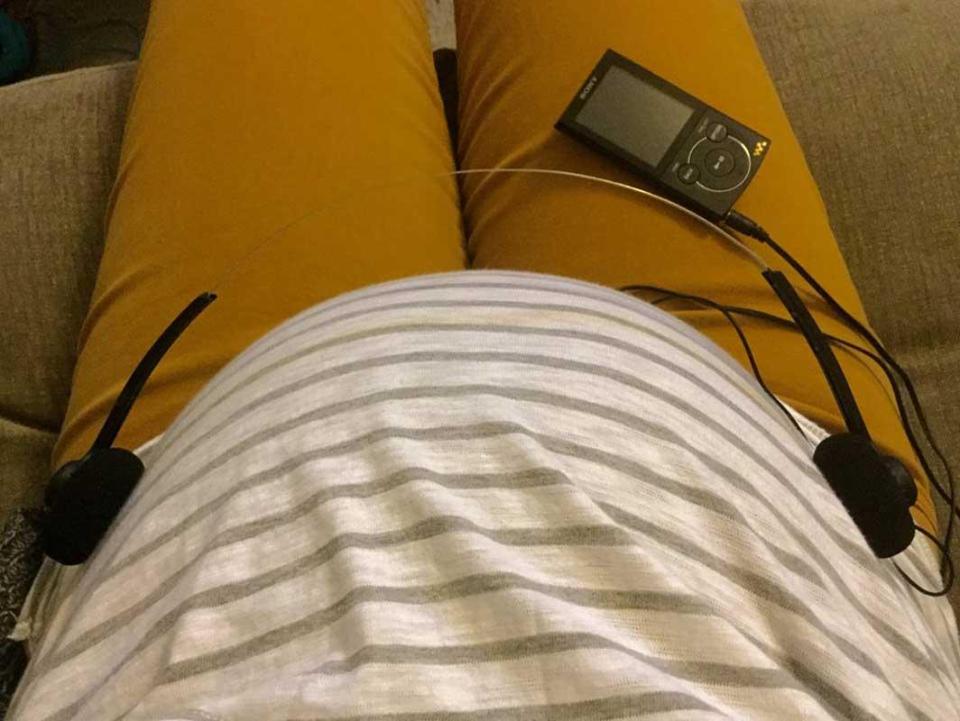 Now, she and Michael are watching as Ebony’s bump gets bigger and the date when they will meet their baby – due on August 6, 2018 – grows closer.

She added: “It can be hard, because I’m not with her all the time and she feels the little kicks and things, but Ebony wants to make us as involved as possible and she does all she can to make sure we are part of everything.

“Her kids know that ‘Auntie Lauren has a poorly heart, so Mummy is helping to grow their little cousin for us.'”

Now, as the excitement builds, Lauren says that the experience has brought her and her sister even closer. 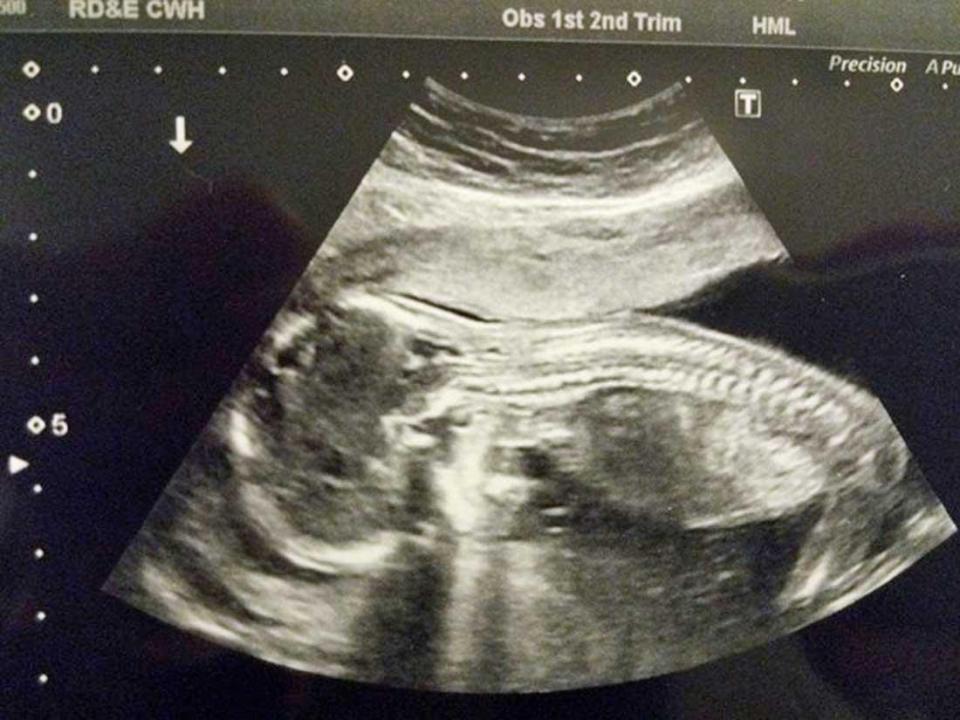 “I don’t think I will ever be able to thank her enough for this,” she said. “She is such an incredible person and my family have been so amazing every step of the way – looking after us and helping us to raise money for the treatment.

“It means so much to me that I am able to go through this with my sister and she will always be very special to our baby.”

Ebony remains adamant that being a surrogate is a hugely rewarding experience.

She said: “Carrying Lauren and Michael’s baby feels absolutely amazing and exactly as I was expecting.

“It pains me that my little sister isn’t experiencing the pregnancy herself but the happiness always outweighs that pain. Every milestone we hit is so exciting because, after such a long and difficult journey, I am one step closer to giving this precious little soul back to his or her mummy and daddy.”

What is Pulmonary Atresia?

·         It is considered a congenital heart disease within the medical practice

·         As the valve has not formed properly, no blood can travel from the right ventricle of the heart and out to the lungs

Dad-to-be Michael added: “When Ebony offered to carry our baby I was so happy and just couldn’t believe how somebody could do something so amazing and selfless. It really is an act of love! The journey has been a real roller coaster of emotions.”

He continued: “From the false hope of our chemical pregnancies to the pure joy of knowing it’s worked and that we are actually going to be parents. I can’t wait to meet our special baby and I honestly cannot thank Ebony enough for everything she has done for us.”

Inside the life of a 27-year-old Instagram star who travels the world for next to nothing.

The 36-year-old mother addicted to sex with her toyboy lover.