MUMS have been left in stitches over images of an extremely narrow and revealing high cut bodysuit – leading to some joking it could cause a yeast infection.

A “Dinosaur Print High Cut Tank Bodysuit” made by Shein caused hilarity on Facebook page as the mums joked about the item’s practicality. 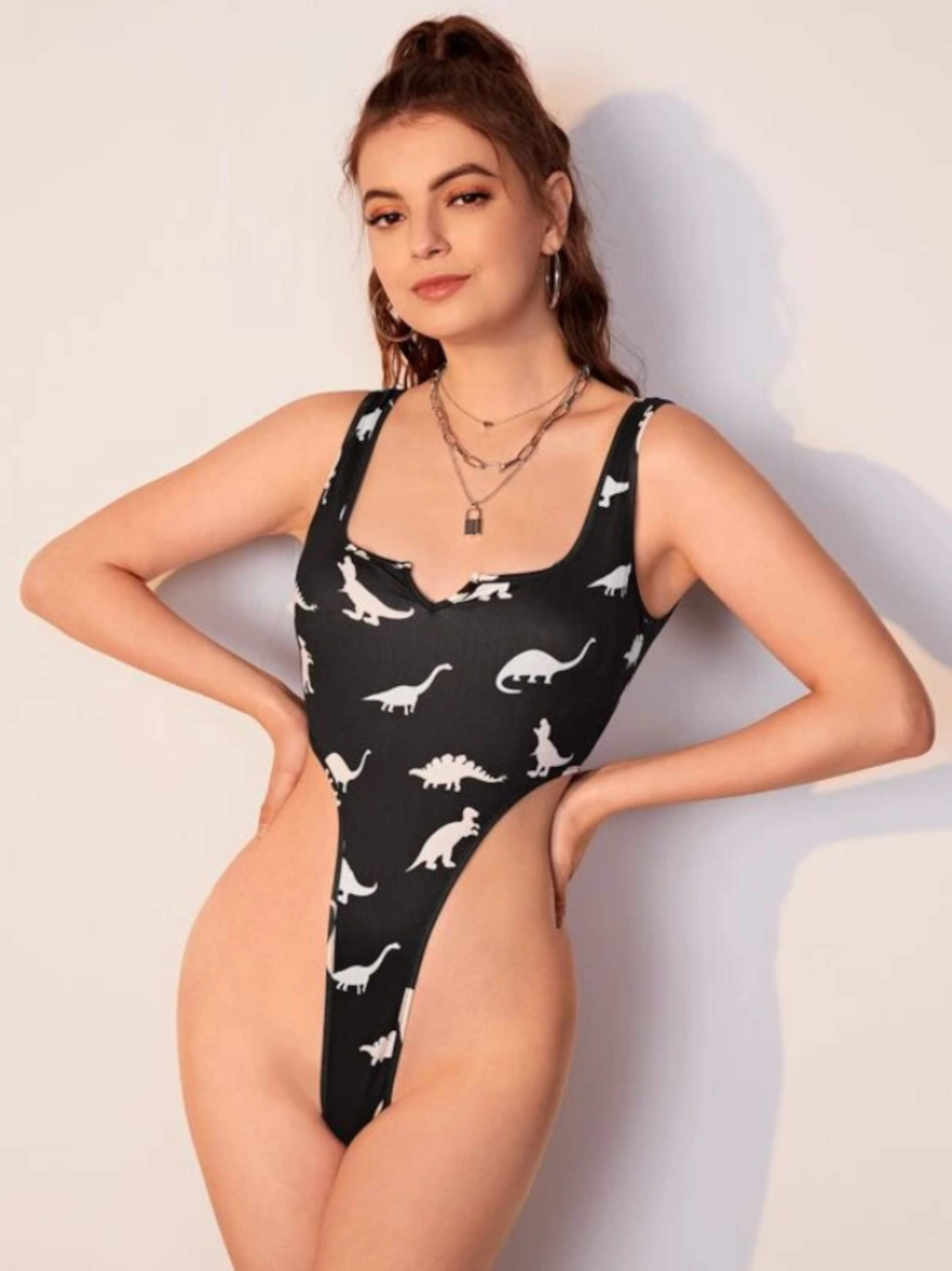 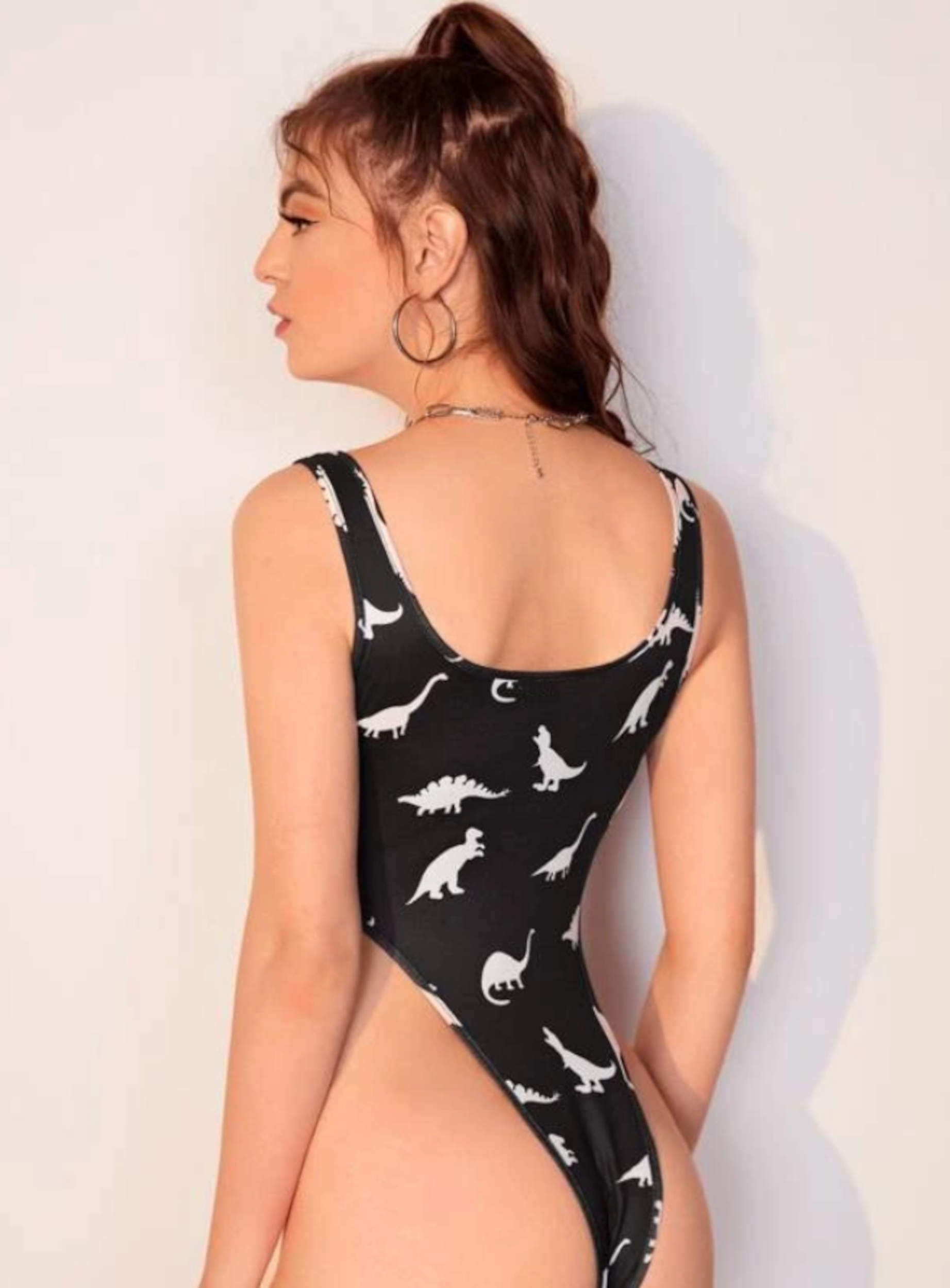 The body suit has shocked social media users due to its incredibly narrow design on the crotch, with many unsure if they could pull off the look.

The £4.49 body suit is sleeveless, skinny-fitting and made with polyester that is described as having a “slight stretch".

The style is a black base with white dinosaurs printed over it with the company labeling the item as “sexy” in the description.

Pictures of the bodysuit being modeled on the Shein website show it worn on its own and with a denim skirt.

A screenshot of a Shein social media advert for the bodysuit was shared to Facebook with the caption: “Errrm… thoughts?”

The post now has over 375 likes, with hundreds of hilarious comments left on the post criticising the skimpy suit.

One said: “It would look like an empty hot dog bun on me".

Another added: "My hairband has more material!"

A third replied: “It would be like a cheese wire on me".

Meanwhile, one said: "It looks like a yeast infection waiting to happen!"

And one person added: “Reminds me when you get a front wedgie in public and you have to do the awkward lunge wiggle walk to dislodge it".

76 reviews of the bodysuit have been left on the Shein website, with an average rating of 4.9 stars out of 5. 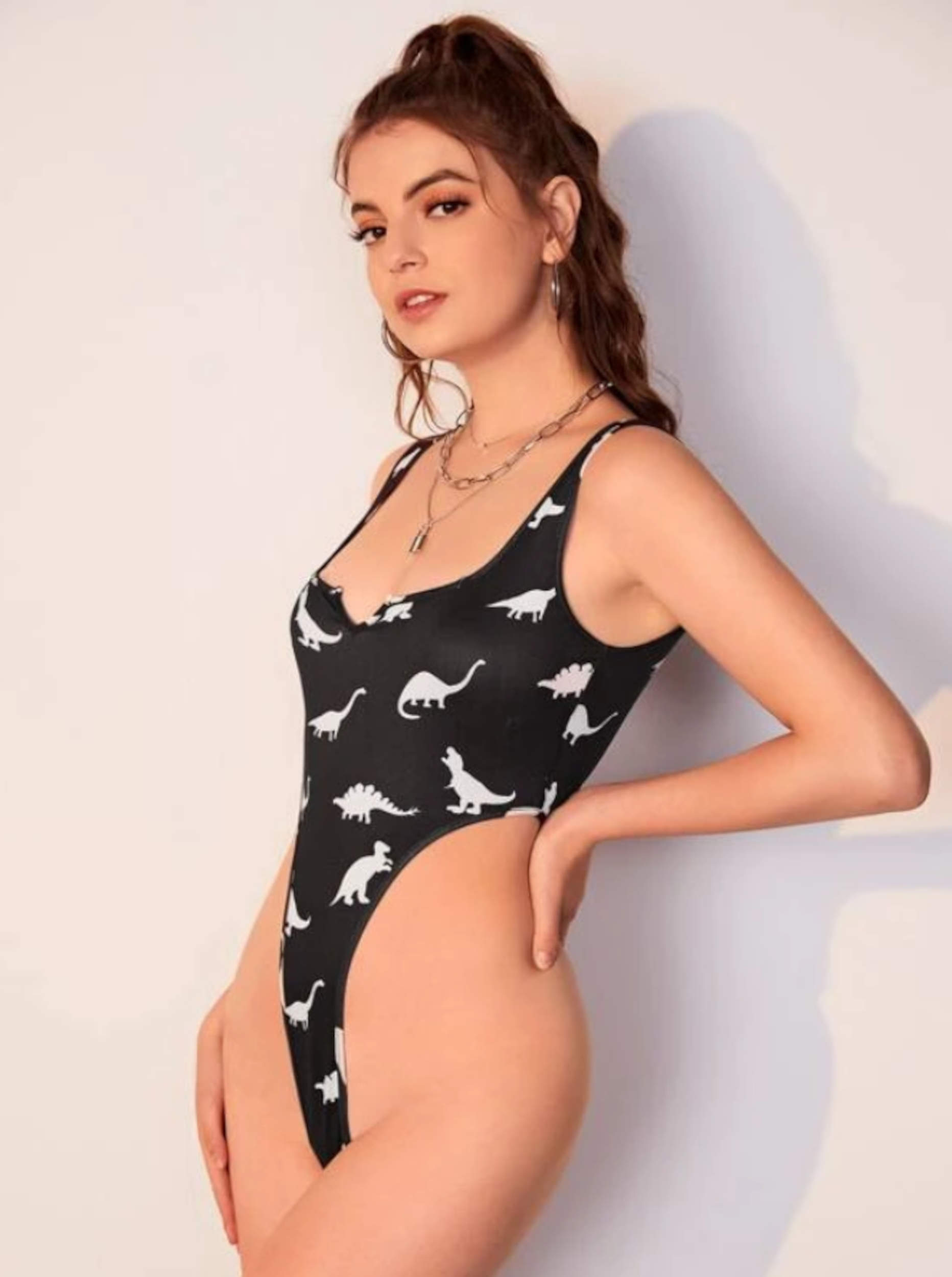 And a PrettyLittleThing customer stunned by bodysuit with arms so long she looked like Mr Tickle.