A SINGLE mum has revealed her clever hack for transforming a wooden staircase – after being quoted £250 to get it carpeted.

Charlotte Elizabeth was given the keys to her new home with less than a week's notice, and couldn't afford to get a carpet professionally fitted. 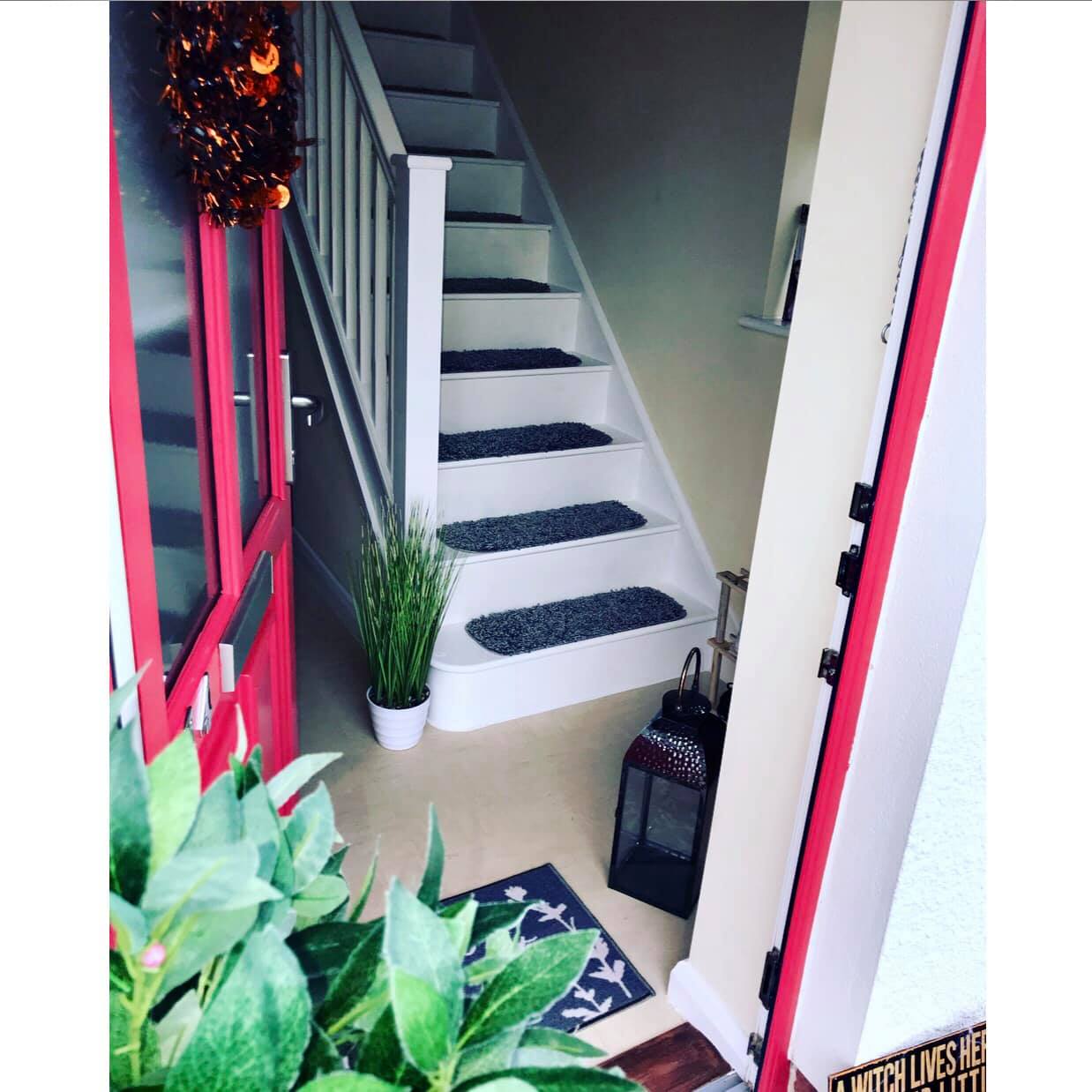 So she had the genius idea to cover her steps with non-slip machine washable rugs, which cost £39 from Amazon, and a lick of white paint underneath – spending less than £50 on the lot.

Posting on Facebook yesterday, Charlotte said: "After waiting so long to finally get the keys to our new home, i had less than a weeks notice.

"I got quoted £250+ for my stairs alone to be carpeted – being a single mother doing it on my own was impossible to find that, on top of everything else.

"So please be kind, all on a budget. Less than £50 to do this for anyone else struggling. 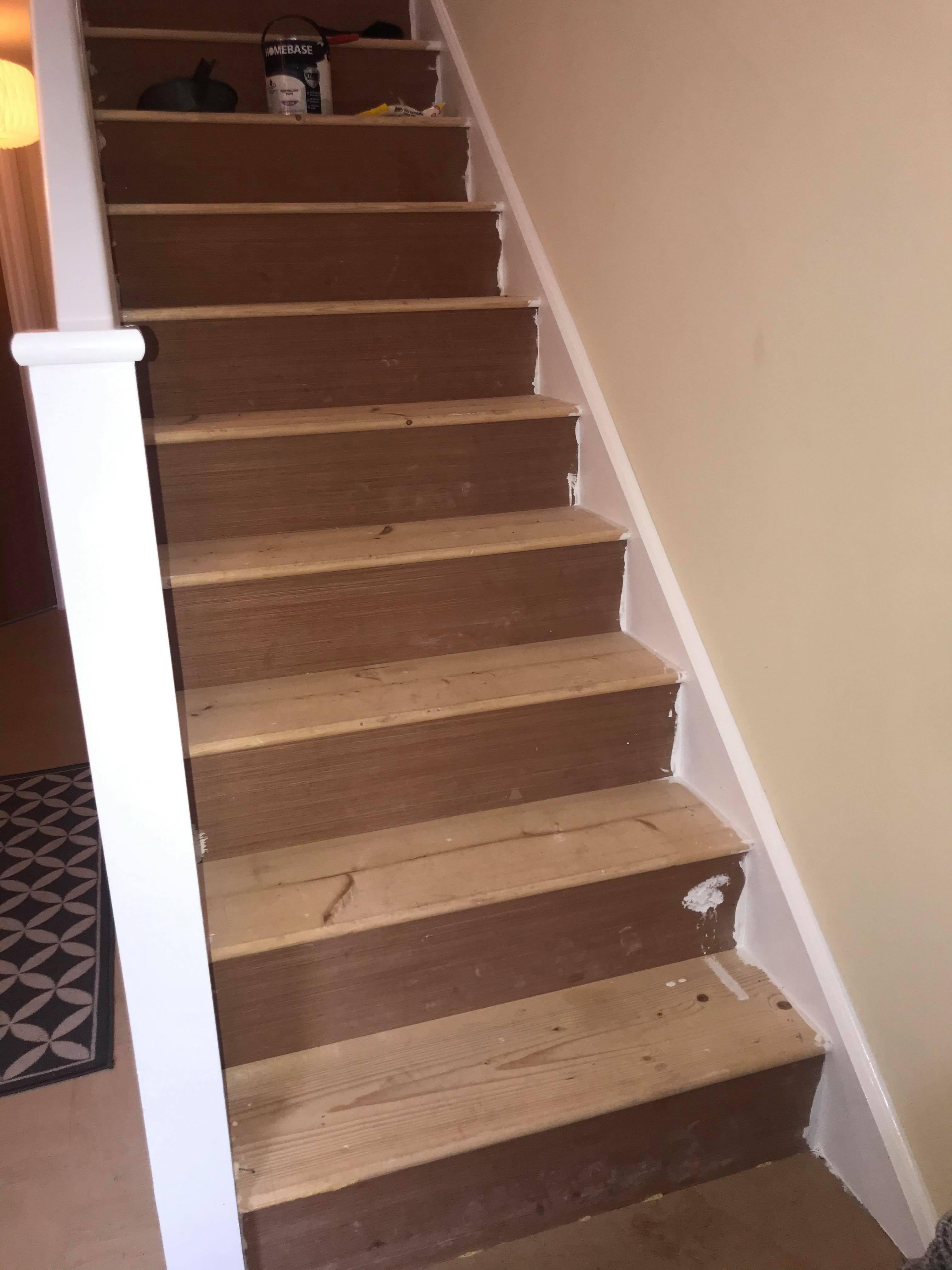 "It’s not perfect but I’m pretty chuffed with it. It’s clean, tidy & let’s face it who actually hoovers their stair carpet everyday!!!!!

"The carpet mats are from Amazon, £39 & Machine washable & Paint from Homebase.

"Every other day, I sweep the stairs and shake the mats. Simple but affective. & Saved myself £200 – Happy days!"

Speaking to Fabulous, she added: "The response I’ve had is so overwhelming it truly is.

"Being a single working parent money can be tight. But managed to achieve my stairs all under £50".

The post soon racked up 5,700 likes and hundreds of comments, with many gushing: "Well done that’s true DIY on a Budget". 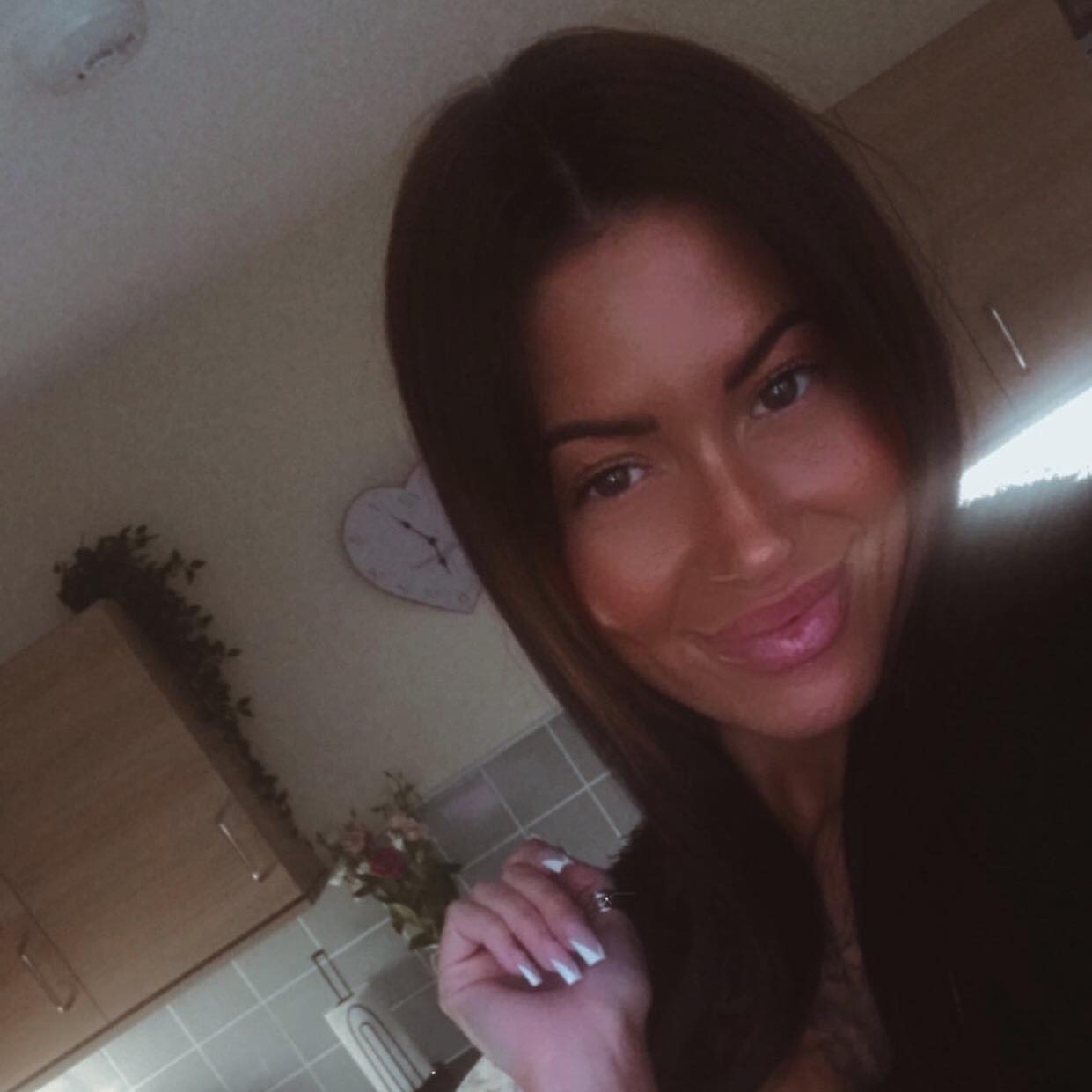 One commenter said: "Looks beautiful, I love the colour of the paint and the stairs look lovely. Well done you".

While others wrote: "Looks fab…enjoy your new forever home.." and "Lovely! Clean fresh and modern".

While one wrote: "That's a million times better than carpet! It actually looks nice, unlike carpet! Great job".

A few 'Karens' found fault with the idea, suggesting the mats could be dangerous for kids, and Charlotte was quick to set them right.

She said: "Overwhelmed with all the support love and positive comments. Can’t thank you all enough.

"As there are far too many ‘karens’ in this world now a days, that will always find a fault in someone’s hard work or achievements.

"The stair mats are not ‘stuck’ down because they are rubber backing. So easy cleaning, and safe.

"Someone’s comment was unnecessary saying, how careless I am as a parent to not have them stuck down for safety reasons. What a strange world we live in.

"But thank you everyone else for the positivity and love. I will link the mats. As my post says, ‘be kind’ turning off comments now."

Earlier today, we revealed how one woman used a radiator cover to hide her folding guest bed and it’s a genius solution if you don’t have a spare room.