FINDING the perfect wedding dress is always a struggle, but these curvy brides face even more challenges.

From badly made gowns to worrying about being judged by sales assistants, most high street stores just aren't right for size 30 ladies. 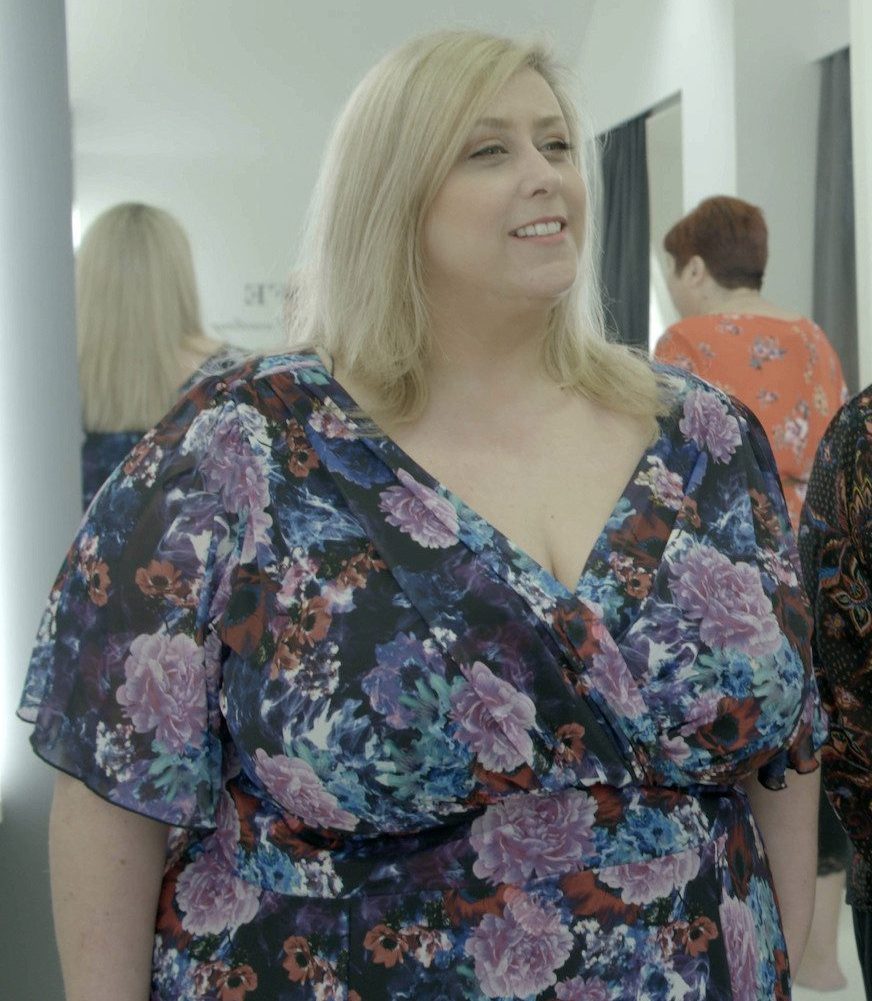 This is where the Curvy Brides Boutique steps in. Best friends Alison Law and Jo Cooke are experts at finding frocks for plus-sized brides.

Fabulous Digital spoke to two of their most recent customers, ahead of a new series of the show starting tonight…

Gemma Evans, 34, a nurse from Carmarthenshire, South Wales, is marrying Marshall Hayes, 36, in November. They have four kids between them. 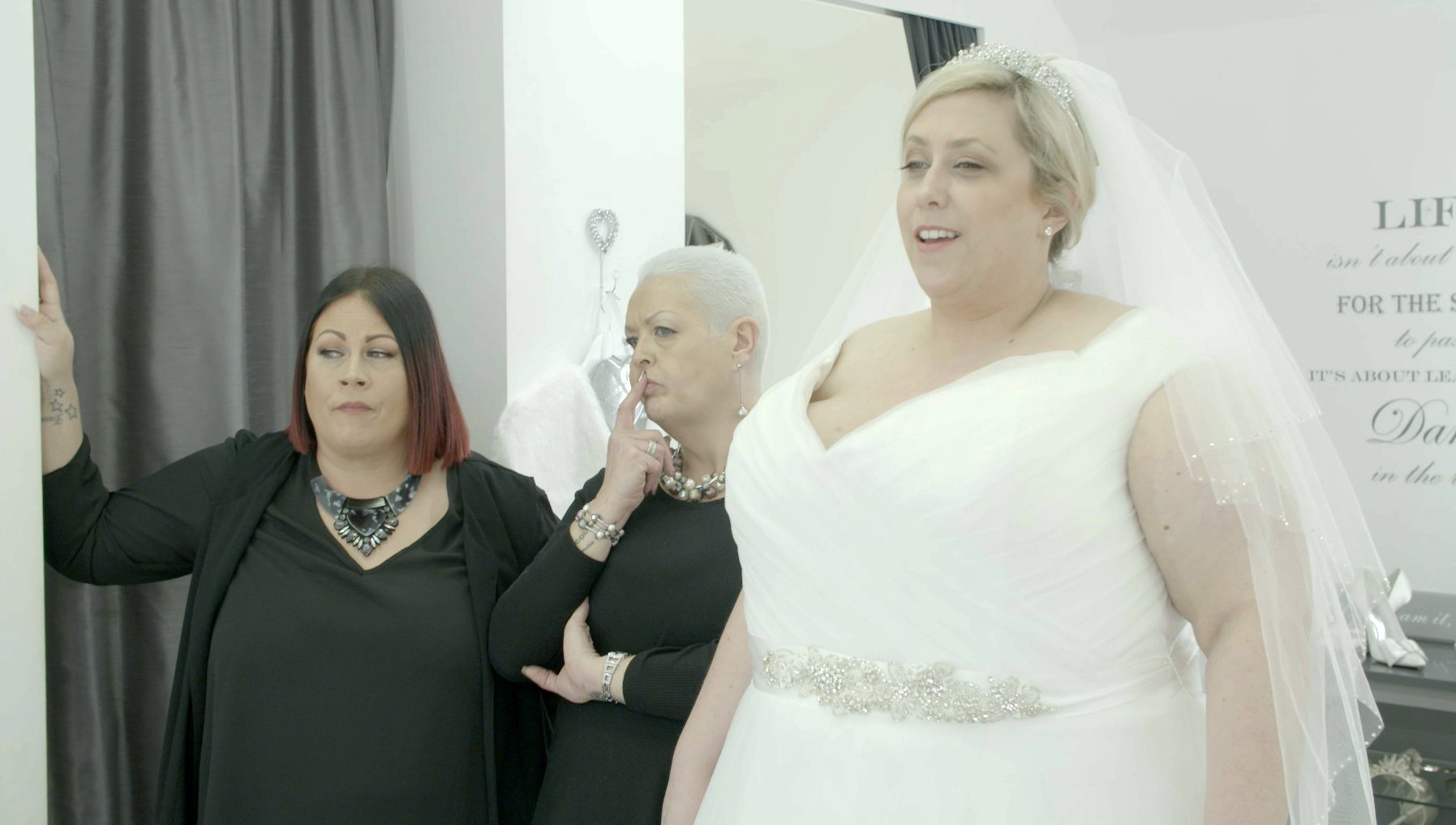 I’ve always been voluptuous, ever since I was a teenager. I developed my boobs at age 11 and they've just kept growing.

I’m used be being a curvy girl, I’ve had it all my life, but that doesn’t make it any easier.

My boobs haven’t always been as big as they are now. I’ve had two children, gained weight, lost weight, but they’ve always been quite sizeable.

I worry about trying on clothes and finding something that looks nice.

I’ve been called an attention seeker when I wear tops that are slightly slow.

In my younger days I did wear more revealing tops, I thought it was brilliant when I was young.

But obviously now being a mum and a nurse I have to be careful about what I wear.

I tend to cover up a bit more and that is a lot to do with comments people make.

I’m 34 now and I still like to try and dress as nice as I can, and show off the assets is a positive way rather than a tarty way.

I do wear a V-neck top, maybe show a little bit of cleavage, but not so it’s in your face – although at my size it's always quite noticeable.

I do struggle with exercise. I have to wear two sports bras to try and hold them down. I also suffer with back problems because of my boobs.

I didn’t want to go on the show at first because I’m quite shy when it comes to my body.

But my friend Erica kept tagging me in the post on Facebook because we both love Curvy Brides Boutique.

After a month of her nagging me, I sent an email to the show applying and they contacted me the next day. 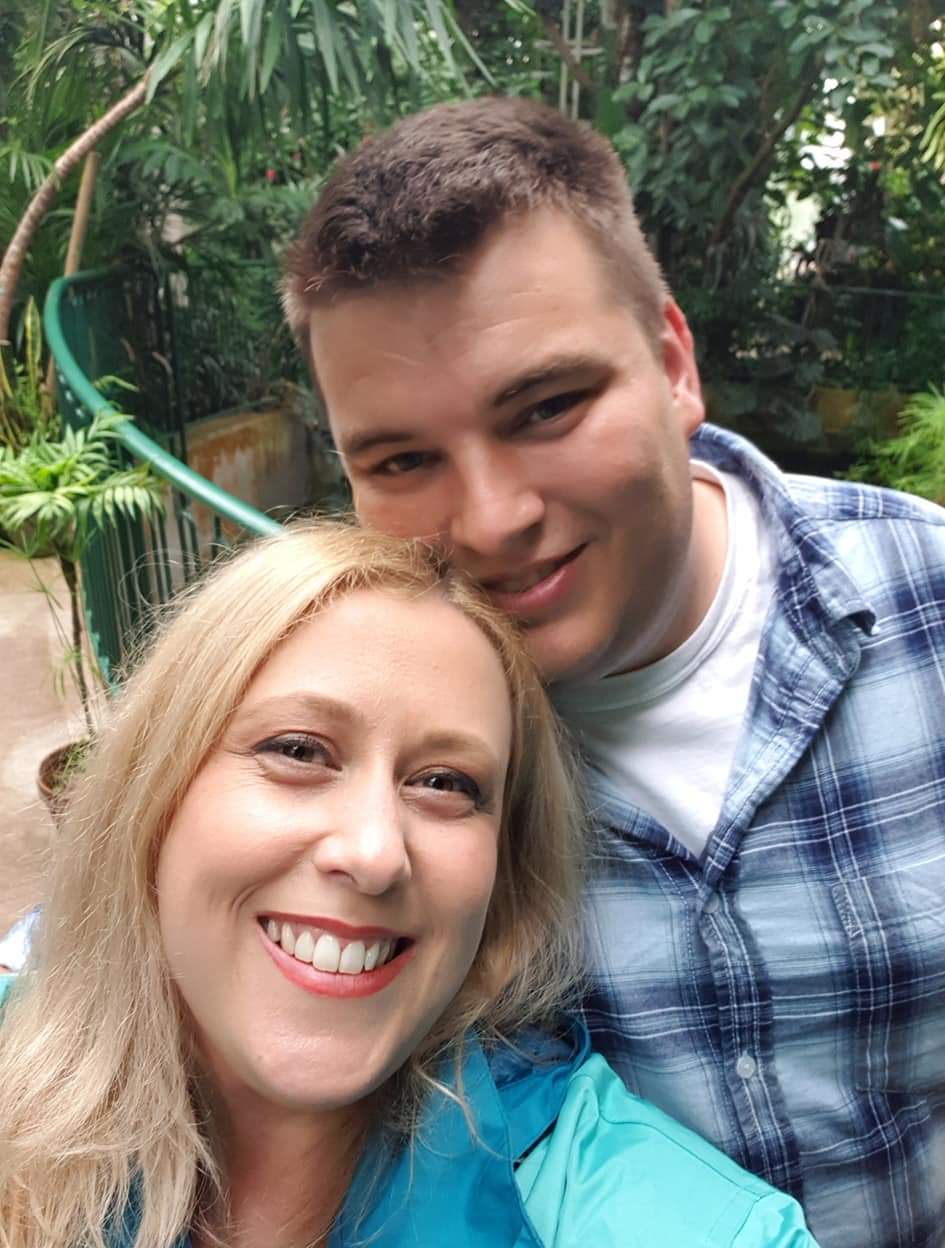 I hadn’t tried any dresses at that point, because I’m quite insecure about my body. I didn’t have the confidence.

It was the one thing for the wedding I was terrified about doing.

I’ve heard horror stories from friends who are slim, who’d had a really bad experience trying dresses on.

I thought “I’ll probably have an even worse experience, getting looked up and down and them saying 'we don’t have anything here for you to fit into'.”

I was worried about being judged by the staff.

Jo and Al were exactly like they are on the show, they were fantastic ladies.

The first dress I tried on was the one I’ve chosen. I was so chuffed.

I do struggle with exercise, I have to wear two sports bras to try and hold my boobs down

It’s white with lace and tulle, straps to support my boobs, a sweetheart necklace so it shows a tiny bit of cleavage. It was floor length and it’s really comfortable.

I met Marshall online three yeas ago. Because of my body, I was worried he wouldn’t like what he saw – but we had a brilliant first date and didn't want the night to end.

He proposed at the estuary where we ended our first date and had our first kiss.

I thought he was winding me up at first, but I can't wait to marry him.

Laura Cullum, 30,  from Essex, who works in pastoral care in a school, is marrying Gareth, 29, in November. They have one daughter together… 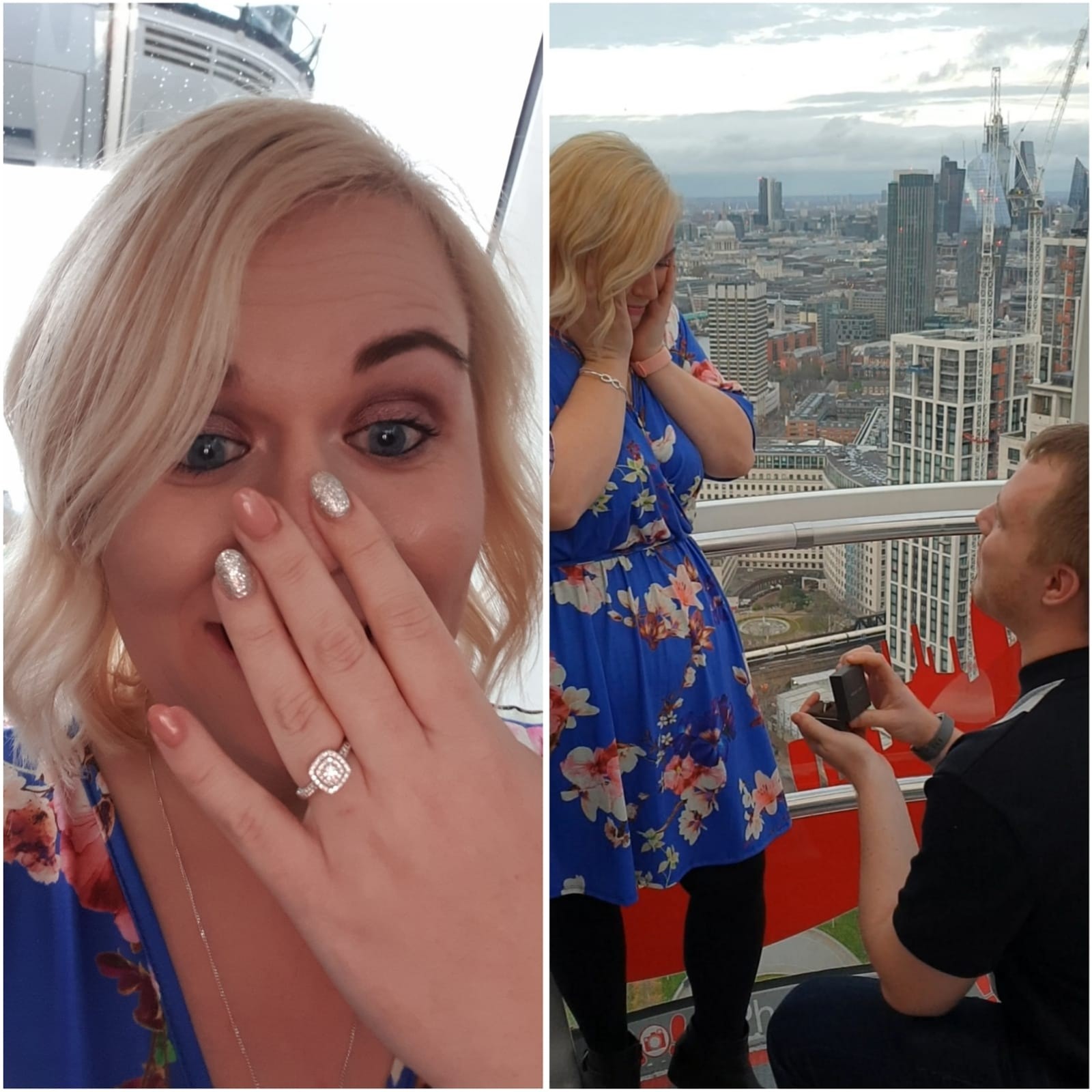 I broke my leg when I was 12, that's when I first gained weight. I was sporty and any time I got an injury I'd gain a stone or two.

When I turned 18 I lost a load of weight going clubbing.

I’ve got PCOS and endometriosis which caused issues with my hormone and made me gain weight.

I was having extremely bad monthly periods, I was in agony and I had to have surgery for ruptured cysts which stopped me playing sport for a while. 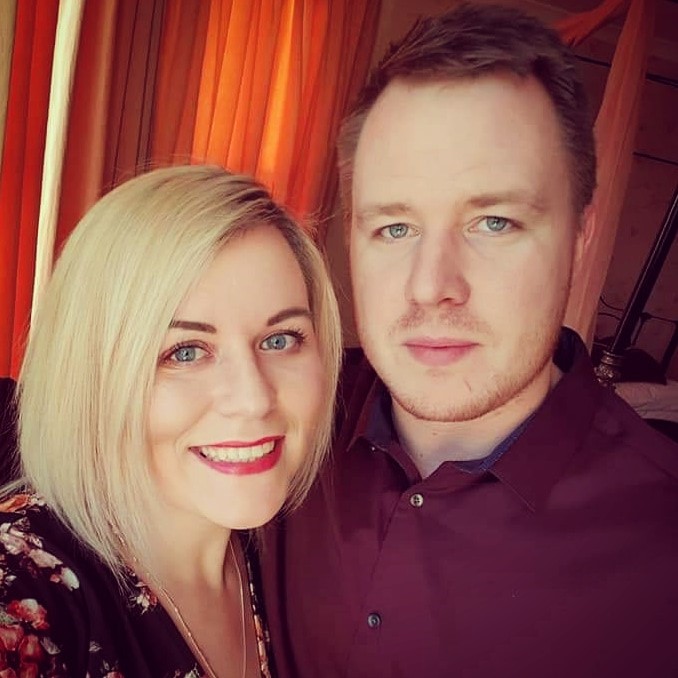 When I had my little girl, the weight carried on piling on as it does for most people who have a baby.

That wasn’t when I was at my biggest but from there everything spiralled because I was too nervous to go out or anything.

I was too nervous to go on a plane. I still did it, but I had to have a seat belt extender.

I was eventually referred by my GP to a specialist in London, who put me forward for a gastric sleeve and scar tissue removal, and had the op on June 1. 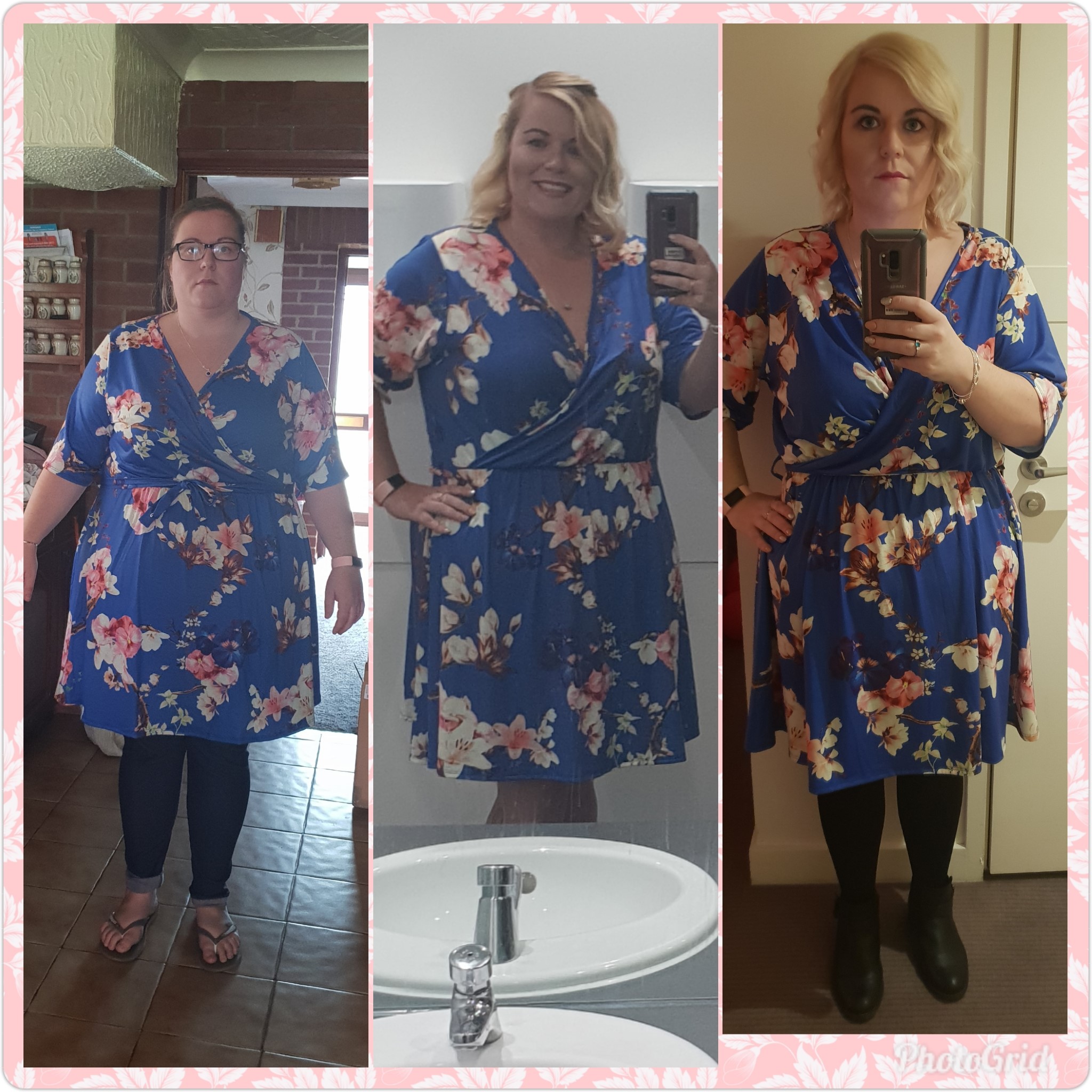 Gareth proposed the day after my 30th birthday, he took me to London and proposed on the top of the London Eye.

But I'm still a big girl, I know that.

I was nervous about dress shopping the size I was then, I don’t think I would have wanted to try dresses on at a size 28.

I was still nervous dresses weren’t going to fit right and I’d just look horrendous even after the weight loss.

I’ve got bingo wings and a bit of a flabby tummy now, but I've been lucky on the whole.

I wouldn’t rule out a tummy tuck after having another child, but I'm not thinking about it yet. 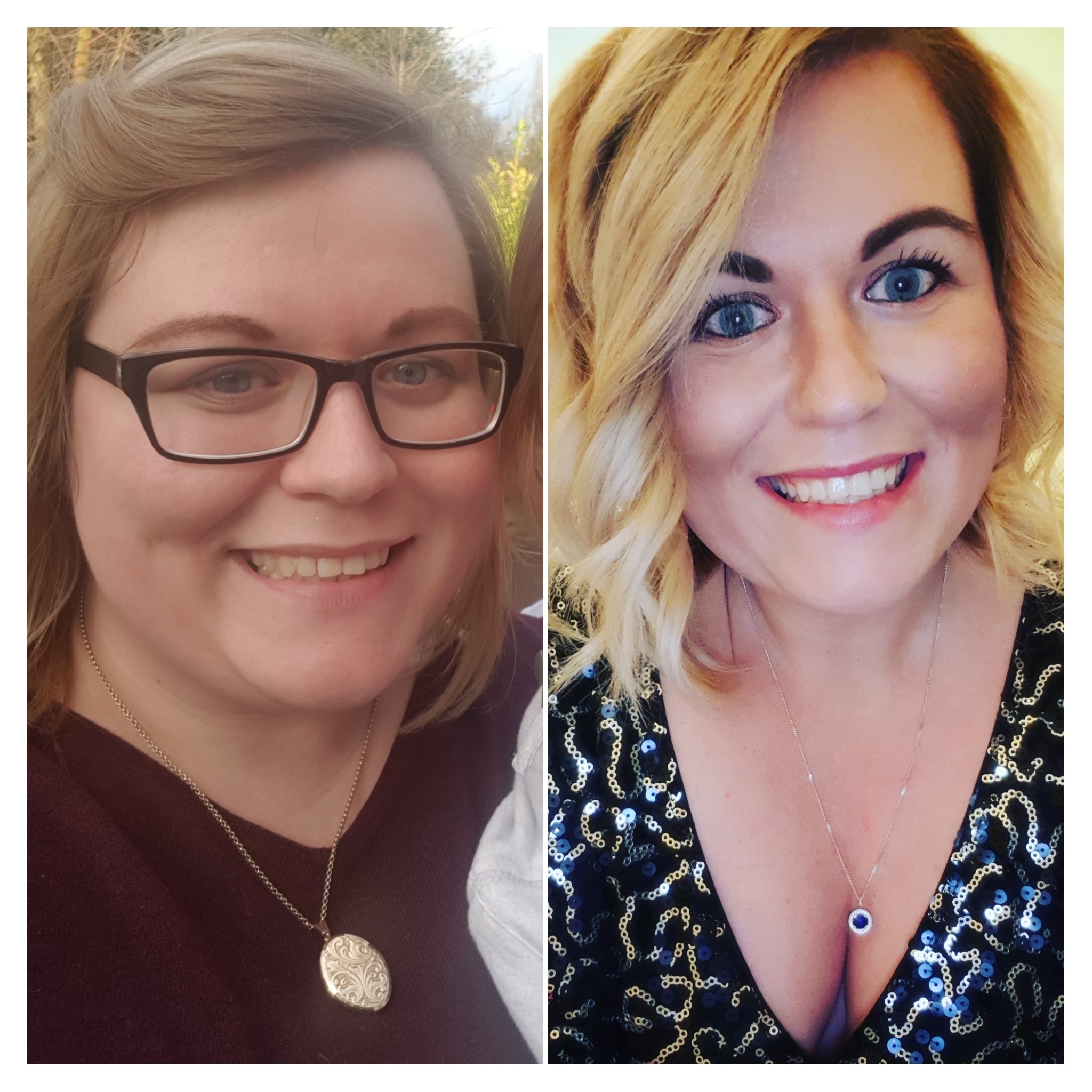 The wedding dress shop I went to locally had beautiful dresses, but the shape was all wrong – they were 'skinny girl' dresses in a bigger size.

Now I've found my dream dress, I sobbed and had butterflies even before seeing the dress.

It was nothing like what I originally thought I would have had. It’s got a lip sleeve, it’s really fitted but it’s got an edge to it, it’s a little bit different.

Gareth and I met when we were 13, we were at different schools but were both doing Duke of Edinburgh together.

We were always flirty and got together properly when we were 18. We had a short break when he did some travelling but I've only ever had eyes for him and he feels the same.

MOST READ IN REAL LIFE 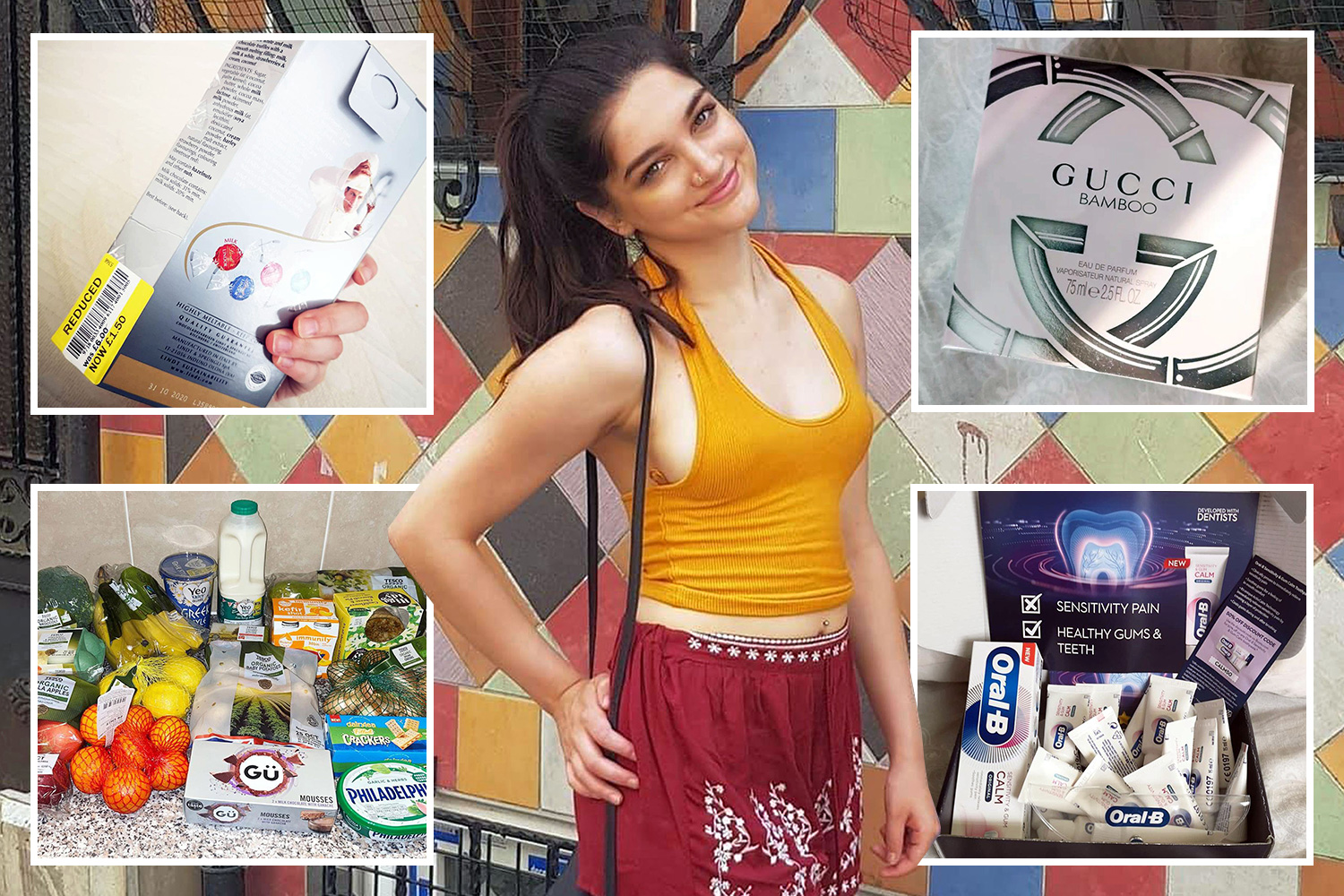 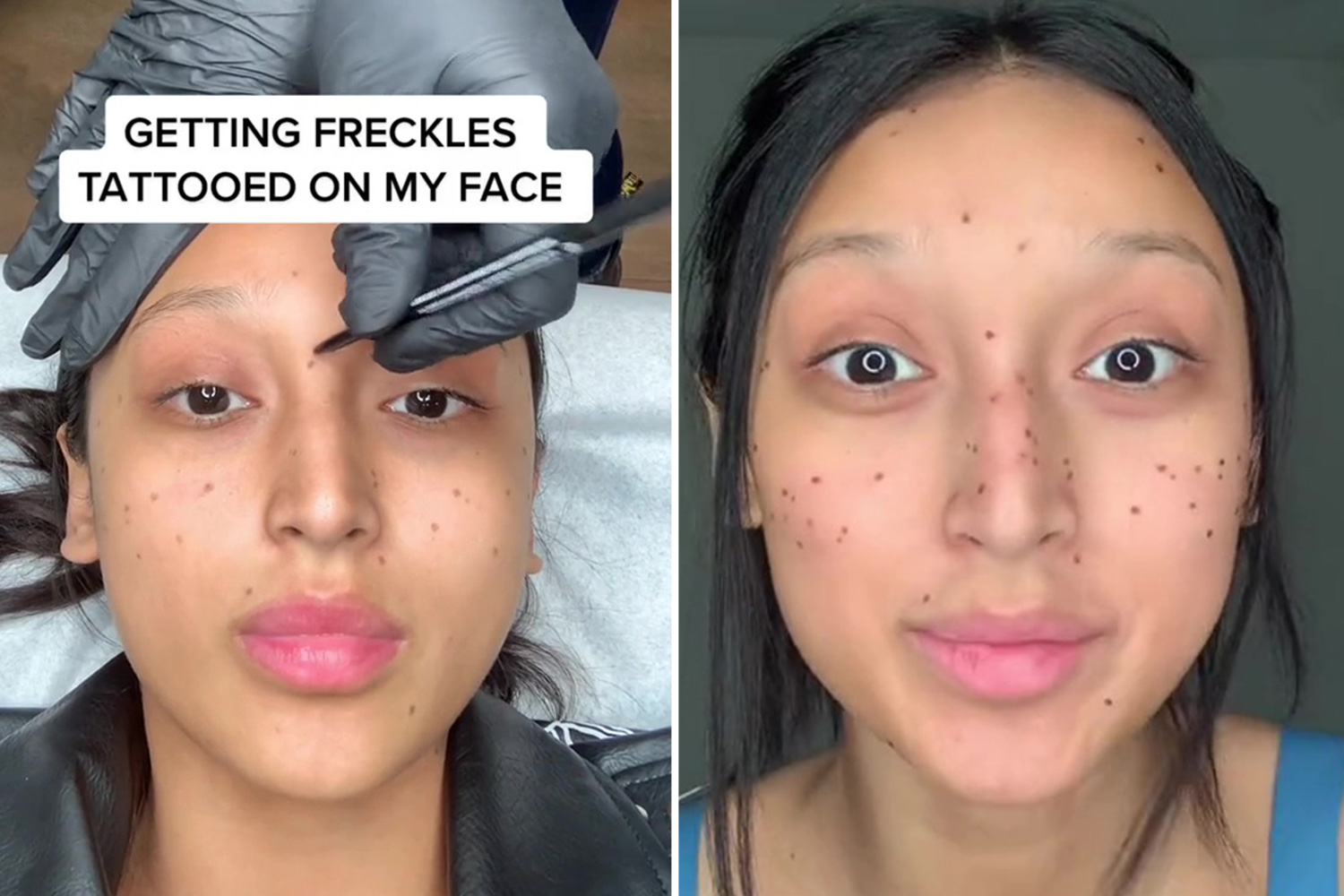 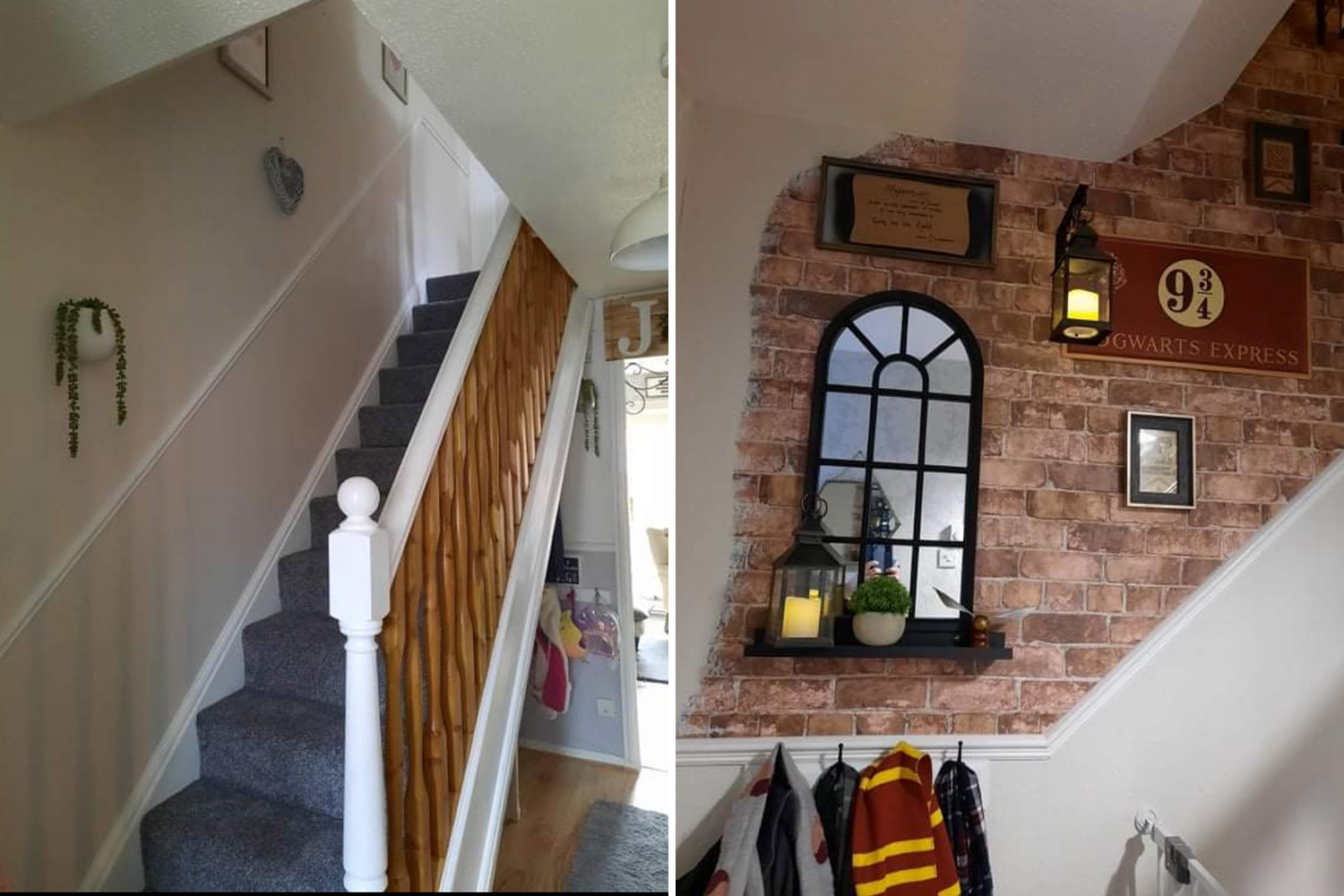 We have a three-and-a-half-year-old daughter called Ruby and I want her to go to school with the same surname as me.

I can’t wait for Gareth to be my husband. He’s my best friend, the love of my life and I can’t wait to be his wife.