But the tanning addict found that owning her own sunbed store was an eye-opening experience – and her stories are enough to put you off using a tanning bed ever again. 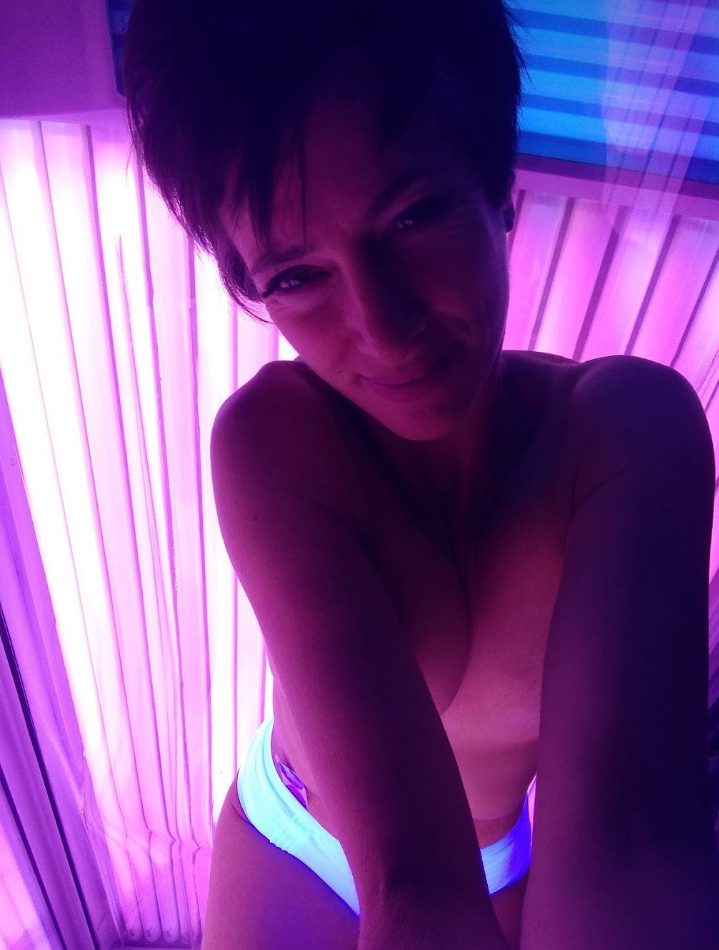 There are an estimated 7,000 sunbed shops in the UK, in which Brits bake themselves for as little as 50p a minute.

This week, Fabulous is highlighting the risks associated with tanning beds in its Dying For A Tan series.

Using a sunbed before the age of 35 is shown to increase your risk of melanoma – the deadliest form of skin cancer – by 87 per cent.

But still, people are flocking to bronze their skin on the machines – although tanning addicts might be less inclined to baste themselves if they knew what went on behind the scenes of some shops.

We speak to three former tanning shop workers who told us the horrifying truth about life in a sunbed shop.

'People would wee and poo in the bin'

Lisajane Davies is 48 and lives in Kent.

SHE SAYS: "I owned a tanning shop for three years called The Sun Shack back in 1997 when they were the height of fashion.

I loved being the colour of a conker and went on the beds twice a week for years to top up my tan so it was simply a case of mixing business with pleasure.

But working in the shop was a real eye-opener. The things people did in those tanning cubicles!

I’d often find all sorts in the bins when cleaning up: tampons, knickers, pee and even poo. I had to buy mesh bins to put people off.

We used to sell this tingle cream which was meant to be smoothed on your body to deepen your tan but you’d sometimes hear cries coming from the cubicles as clients put it on the wrong bits and would be feeling the burn. 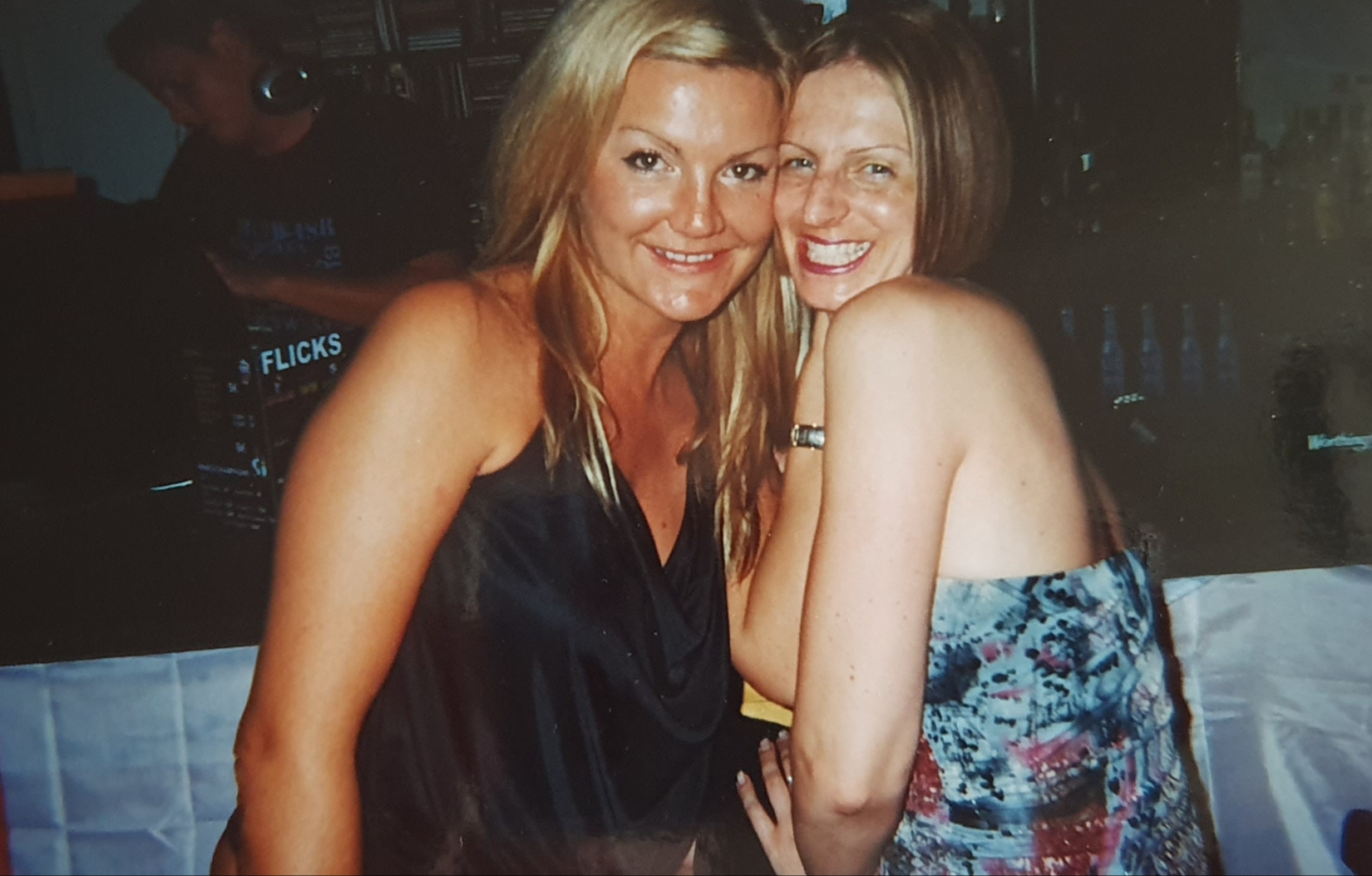 I’d leave deodorants in the cubicles for the clients after their session, but they kept getting stolen, so I had to stop.

Most of the sessions were 10 or 20 minutes long (paying £1 a minute) but one of my employees was a complete tanorexic and I discovered she used to shut the shop on a working Sunday just so she could have a 60-minute session to herself without being disturbed.

I came in one Sunday, switched off the electricity and told her to leave.

There was a little gap under the cubicle doors where the beds were so we’d often have conversations with clients while they were tanning; it was like a little community after a while with people popping in for a tan and a cuppa.

One client complained after a course that she wasn’t tanning on her front so perhaps the bed wasn’t working. I peered under her cubicle and it turned out she didn’t like closing the lid so got a one-sided tan. 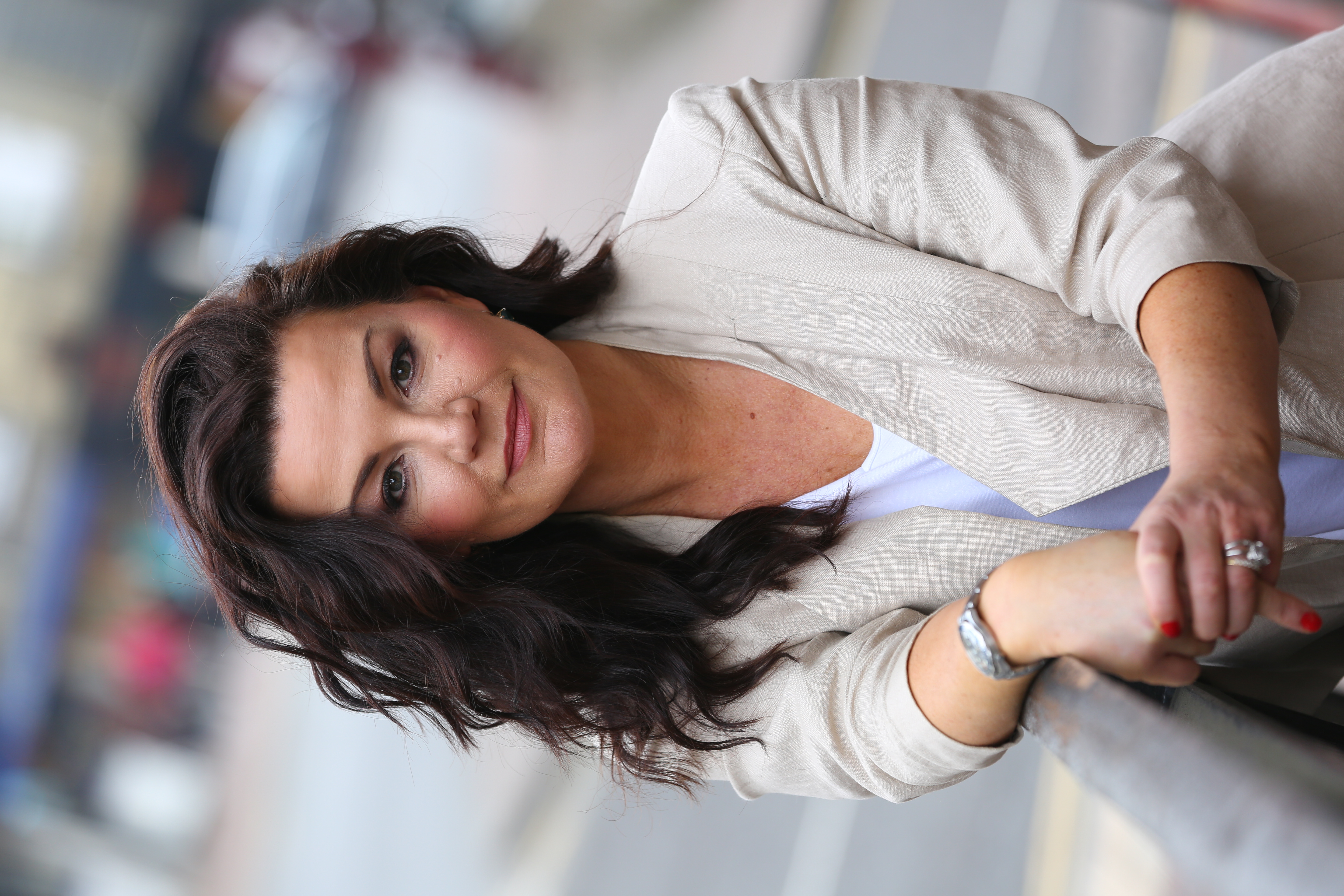 While I tanned frequently myself, I was more sensible with my clients’ skin and made sure they built up their sessions gradually from three to 14 minutes max.

I kept going on sunbeds even after I moved on from the shop, until two years ago when I suddenly just stopped getting brown.

I went to my GP and he told me my skin had stopped producing melanin and I wouldn’t go brown anymore.

It was like God was getting his own back on me after all my years of tanning.”

Dying For A Tan

There are an estimated 7,000 tanning salons in Britain, with some offering sessions from as little as 50p a minute.

Kids as young as EIGHT are using sunbeds, with seemingly little understanding they are playing Russian Roulette with their health.

According to Cancer Research UK, Melanoma skin cancer risk is 16-25 per cent higher in people who have used a sunbed (at any age), compared to people who have never used sunbeds.

This is because sunbeds pelt the skin with such strong UV rays which increase the risk of developing malignant melanoma – the most serious form of skin cancer.

Just 20 minutes on one is comparable to four hours in the sun – with many stronger than Mediterranean rays at midday.

In many cases the damage is invisible until it’s too late, as it can take up to 20 years to become apparent.

Around 16,000 new melanoma skin cancer cases are diagnosed in the UK every year – that's 44 every day.

There are around 2,300 melanoma skin cancer deaths annually – that's more than six every day.

It’s part of the reason the World Health Organisation has deemed sunbeds are as dangerous as smoking.

This is why Fabulous says it is time to stop Dying For A Tan.

'I had to rescue one girl who was trapped'

Fiona Williams is 44 from Wishaw, Scotland

FIONA SAYS: “I worked in a sunbed shop in 2005. It used to be a video shop and they added sunbeds to appeal to the clientèle.

I worked part time there to help make ends meet after I had my first child.

It was the perfect gig I loved movies and I also had a sunbed in my own house, which I’d often go on for an hour at a time, so both parts of the shop appealed to me.

We had keys for the beds in case of emergencies and I had to use mine once when a girl got her hair extensions caught in the fan.

She was trying to apply extensions to bleach them with the sun while she was under the sunbed and had flicked them up into the fan. Thankfully, I flew in, retrieved the rogue extension and no harm was done to her or the bed.

I remember one client in his late fifties we affectionately called “chamois leather man” because he was so brown and wrinkly from over-tanning who came in almost every day.

We had a pin number system and it logged the customer with their pin number and how long they went on the bed for, ensuring no one was on a bed for more than the regulation 12 minutes in 24 hours. 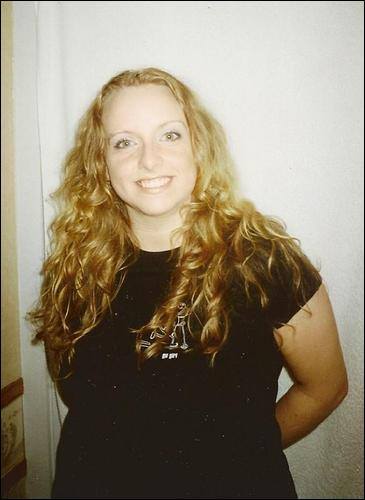 This chap used to come in first thing, always refusing the cream we offered which was more protective for the skin, have his sunbed and then return later that evening (the store closed late, at 10pm), hoping there was a change of staff and they wouldn’t know he’d already been in that day.

But sometimes I’d work long shifts and would be there when he came back. He’d ask to go on and argue with me about it. He’d storm off then later that evening I’d get a phone call from another branch saying he tried to get on one of their beds, because the computers were linked up!

Customers often fell asleep on the beds, which was a bit awkward. We’d wait till the time was up, give them about 10 minutes then would have to knock or go in and wake them up.

Getting the best tan possible was the goal for so many of our customers. We had regulars who would only use our "middle" bed because it was the hottest, and would even wait up to an hour despite all the others being empty.

Some also came in with baby oil and we had to tell them they couldn’t use it as it would encourage them to burn – and they’d be furious with us. 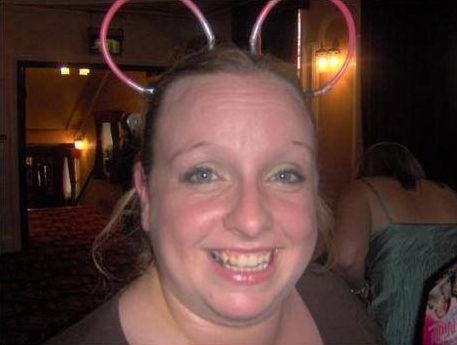 Most of the time, customers left the place clean’ish but there were a few times where I’d find used underwear, fake nails, make-up and I even found the packaging from Viagra one evening. The customer was obviously getting tanned up for a big night!

I’d go on the sunbeds myself either before or after my shift, depending on what the manager would allow, but I never went very dark.

I only stopped going on them after getting a particularly bad case of sunburn on my neck and chest while walking into town on a  hot day. I ended up having to go to hospital and was given creams for second degree burns. I tend to avoid the sun and sunbeds after that."

“I worked in a tanning shop in Swindon from 2014 to 2016, it was only a zero hour contract but it included free use of the sunbeds so I took it.

Some clients would bring their young children into the shop a lot and be quite pushy and try to get them on the sunbeds even though they were under-age.

Lots of the young men would go into the sunbeds then come out half-naked and go to the toilet, which was not a pleasant sight. 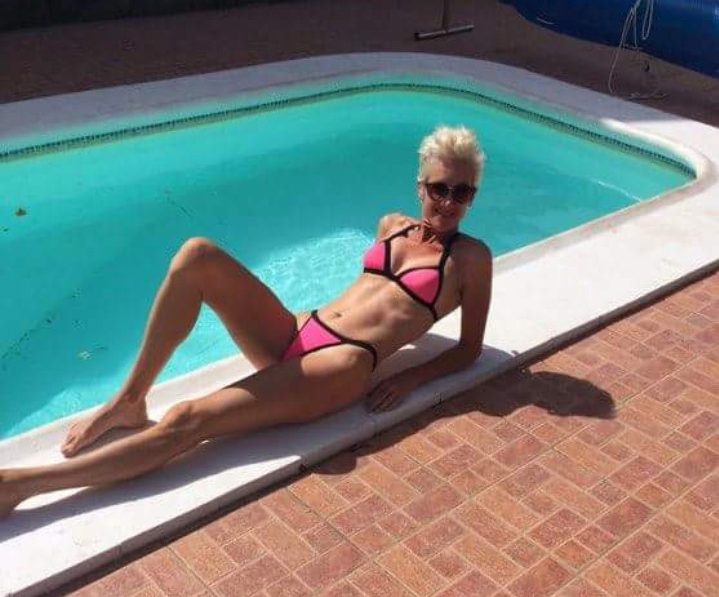 Other times, people would fall asleep under the beds and not come out when their session was up and I’d have to knock on the cubicle door quite loudly to ask if they were OK.

I remember one old lady being in there far too long and coming out feeling quite faint.

And of course, there were the customers that were addicted to sunbeds and used them far too much, every other day.

One lady was totally addicted and even wanted sunbeds when she was pregnant, despite being advised of the dangers – obviously the tan was more important. 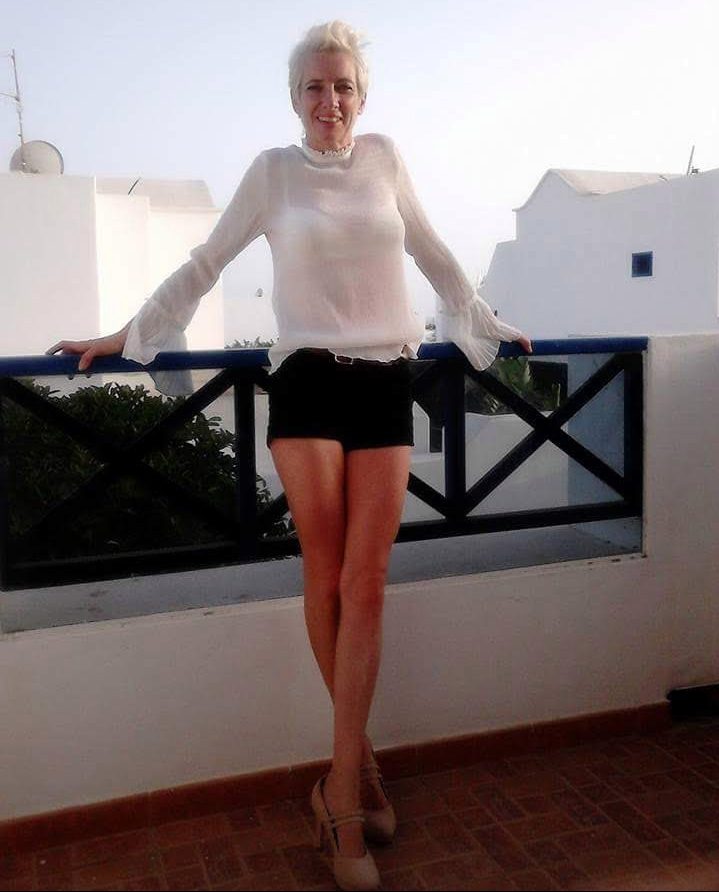 I almost got robbed while working there too.

Two blokes came in and one was asking loads of questions about lotions and how the sunbeds worked while the other roamed around the shop.

It just so happened I had a male customer in one of the cubicles so they ended up leaving, but that customer was a policeman and he had been listening to the conversation and told me it was a classic robbery situation – one keeps you talking while the other one scopes the place. I was lucky.”