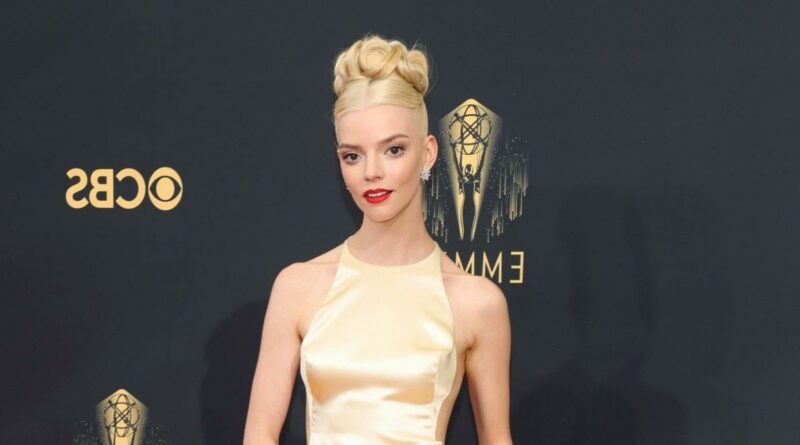 The Emmy Awards finally returned after its virtual ceremony last year, and some of the red carpet looks were definitely worth the wait.

The Emmys came back with a bang! After a year of virtual award ceremonies and social distancing, the 73rd Primetime Emmy Awards returned last night and we can’t stop thinking about certain looks.

While last week’s Met Gala certainly reminded us who came to show up and show out, the Emmys dialled it up in a different way with more classic silhouettes, fun gowns and fresh-faced make-up for most. It’s fair to say that on top of being brilliantly talented actors, writers and directors, most were dressed to kill.

Yes, only some shows can take home the coveted awards (Michaela Coel deserves them all anyway, right?), but generally, all the women on the night took home the accolade of best dressed.

Dazzling us with both her speech and custom outfit, Michaela Coel was one of the standouts of the evening. The writer and lead actor of I May Destroy You opted for a neon yellow two-piece from Christopher John Rogers, matching graphic liner and heels.

Gillian Anderson, who took home an Emmy for Best Supporting Actress in a Television Series for her role in The Crown, graced the ceremony in this off-white skirt and crop-top ensemble from Chloé. Complete with tassels and nude make-up, it was the epitome of understated glamour.

Issa Rae, writer and actor extraordinaire, is always dressed to impress and the Emmys red carpet was no different. Wearing a metallic fishnet gown from Aliétte, she paired the look with statement earrings and a braided up-do.

Kerry Washington wears an Etro gown at the Emmys 2021

Kerry Washington celebrated silk and lilac hues in this showstopping gown from Etro. Featuring a cowl neckline, corset and mini train, she paired the look with a bold red lip and drop earrings.

Anya Taylor-Joy, star of Netflix’s The Queen’s Gambit, wowed the red carpet with this backless yellow number from Dior. With a matching yellow cape (we all need a cape at some point in our lives, right?), the actor wore her hair in a sophisticated up-do to complement the Dior gown.

Taraji P Henson opted for a low-cut Elie Saab sequinned gown for the ceremony. Sheer, sparkly and with pockets – dresses don’t come more beautiful than this.

Cynthia Erivo, nominated for the Lead Actress award for her portrayal of Aretha Franklin in Genius: Aretha, stunned us in her custom Louis Vuitton dress. Blue, green and white feathers shouldn’t work in theory but they do here.

Nicole Byer showed us that purple tulle is really the way to steal the show. Her Christian Siriano gown featured a ruffle trim and a dramatic trail.