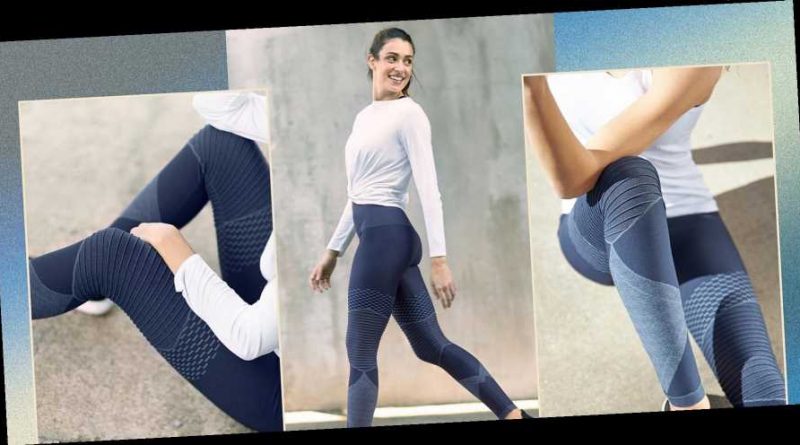 It's hard to imagine a world before Spanx. Starting from humble beginnings of just, you know, revolutionizing shapewear, the brand has since expanded into bras, jeans, and of course, leggings. And whether it's to hit the gym or run errands, Jennifer Garner and Reese Witherspoon are just a few of the A-listers who reach for Spanx leggings regularly, solidifying them as some of the best in the body-smoothing and booty-lifting business.

And right now, you can score your own Spanx leggings for half-off. For one day only (until Saturday, April 10 at 7 a.m. ET, to be exact), you can get Spanx Look at Me Now Seamless Moto Leggings for $44 when they're usually $88.

The markdown on the moto-style leggings is the most recent of the brand's always-impressive flash sales — and it's one you won't want to miss out on. Spanx's similar faux-leather leggings have been on the radar for years; they're "It leggings," if you will. Now, Spanx has added that elongating moto detailing to its shopper-favorite style for a sportier take on the staple. The leggings are entirely seamless, so the "moves with you" material is flattering at all angles. (Read: No camel toe.) They're made from the signature shaping material with four-way stretch we all know and love and coupled with a reinforced waistband for keeping things smooth, so they're basically shapewear disguised as leggings.

Aside from classic black, the limited-time sale applies to the new hues for the Look at Me Now Seamless Moto Leggings: a deep wine and a light navy. With this lower-than-we've-ever-seen-it price, stocking up on one of each may be the best thing you do today.

Scroll down right now to get the leggings celebrities (and regular people) can't get enough of while they're half-off.