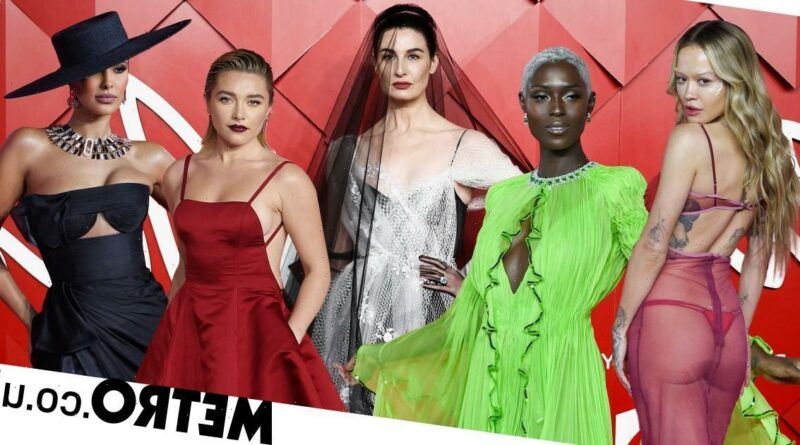 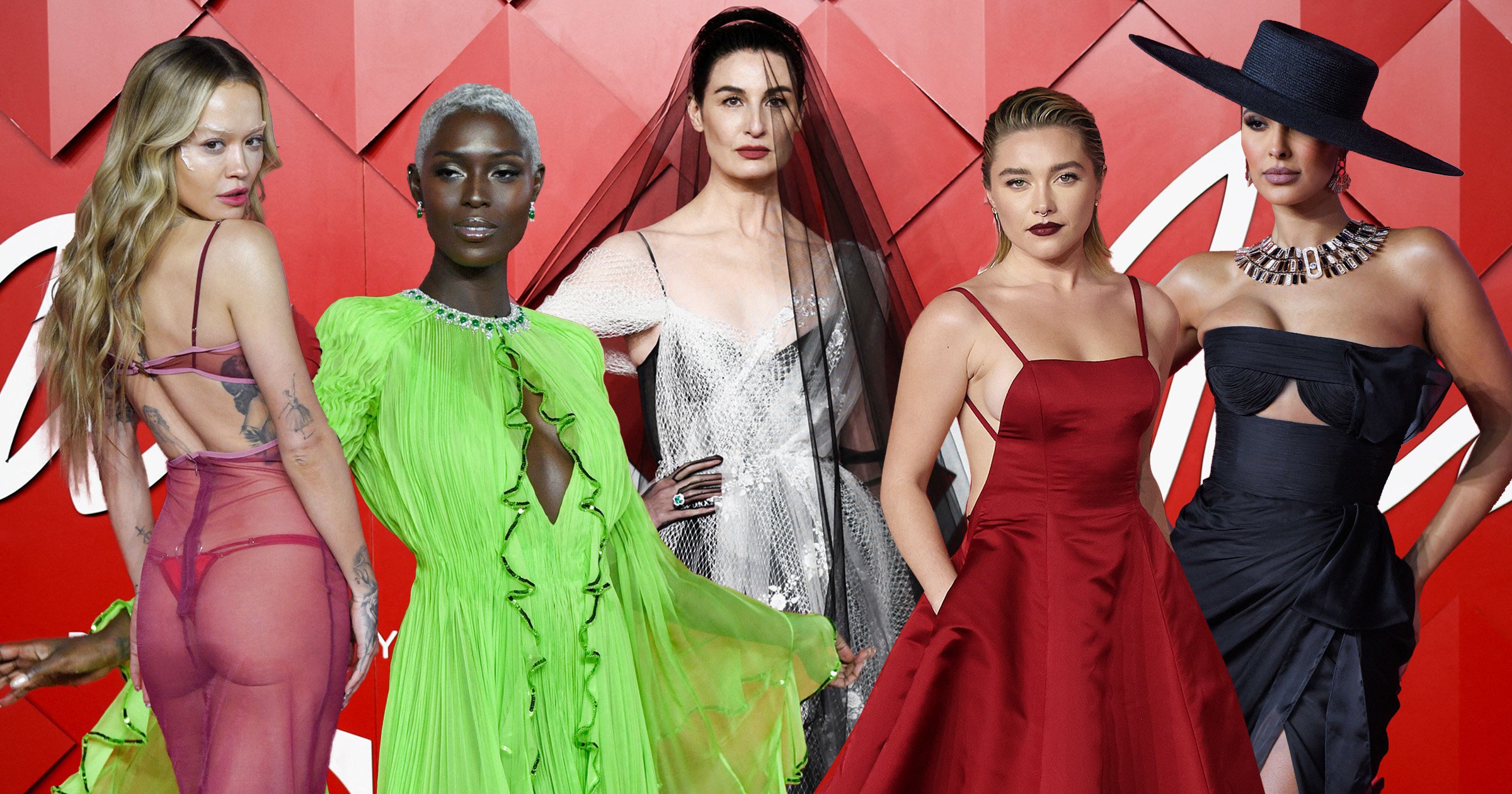 We love to look to the red carpet for style inspiration – and where better than the British Fashion Council’s Fashion Awards, which held its 2022 ceremony last night.

Stars headed to The Royal Albert Hall for the event, presented by Diet Coke and hosted by actress Jodie Turner-Smith, with attendees including industry icons like British Vogue editor-in-chief Edward Enninful and supermodel Naomi Campbell.

Model of the Year was won by Bella Hadid, while Valentino’s Creative Director Pierpaolo Piccioli took home Designer of the Year.

Our primary focus, however, is the celebrity styles we can get in on ourselves.

The red carpet was chock-full of unique looks, but certain themes seemed to continually crop up, suggesting they’ll be everywhere over the next few months.

So if you want to follow in the footsteps of fashion’s elite, these are the trends to take note of.

Black, white, and red all over

The LBD will always be a staple at this time of year, but black dresses really reigned supreme that this year’s Fashion Awards.

Up and coming stars like Lila Moss and Iris Law opted for cut-outs and sheer materials, while TV presenter Maya Jama accessorised her skin-tight black number with a dramatic wide-brimmed hat.

Elsewhere, festive red was a big hit at the ceremony.

The trick to updating these classic shades is to play with texture and shape in your pieces. Materials like leather and PVC can add an edge to an outfit, while oversized shoulders, cut-out detailing, and embellishments like rhinestones or feathers are also great for switching things up.

Both fashion queen Naomi Campbell and British Fashion Council CEO Caroline Rush wore sequin dresses to the awards – and they’re two people who know what they’re doing when it comes to dressing.

However, it was hard to find a red carpet ‘fit that didn’t feature sparkles; Poppy Delevingne, Suki Waterhouse, Irina Shayk, and Lily James were among those in sequin gowns.

Event host Jodie Turner-Smith had a number of outfit changes throughout the night, but started things off in a bright neon frock.

She wasn’t the only one either – AJ Ododu, Heidi D’Amelio, and Shay Mitchell also went for the high-vis look.

Highlighter yellow isn’t always an easy one to pull off, so if you want to work the trend, perhaps keep to pops of bright neon against a black or neutral outfit.

Rita Ora braved the weather in a sheer, lingerie-inspired gown – but we’re more intrigued by her webbed prosthetic makeup look.

Bridgerton actress Simone Ashley and singer Sabrina Carpenter were among the attendees who donned a hood for the awards – no, not cosy hoods to shield from rain, but embellished head coverings to complement an outfit.

We’ve seen balaclavas and bandanas all over the high street recently, so expect more formal options to make an appearance in the coming months.

For a dramatic nighttime look, go for androgynous tailoring like Elizabeth Debicki and Rochelle Humes.

Speaking of feminine touches, we saw a lot of tulle and feathers at the ceremony, in direct contract to those masculine tailored ensembles.

Meanwhile, Pam and Tommy star Lily James chose a gown with a tulle mermaid cut and Jourdan Dunn went for a dress with a voluminous bustle and train.

The beautiful Oti Mabuse wore her hair in a slick wet look style to the awards, with Simone Ashley and Florence Pugh also going for similar styles.

It’s a great look for party season because it stays put for hours, and you shouldn’t need any extra tools to recreate it. Plus, if you get stuck in a rain shower (not a wild possibility over British winter) you’re still good to go.

Is it just us, or are bags getting smaller and smaller?

Don’t expect to be able to fit much in the handbags trending this season, as they’re seriously tiny.

On the Fashion Awards red carpet, everyone from Alexa Chung to Laura Whitmore carried mini-bags.

It may be time to trim down your night out possessions…