SHANGHAI — When Susan Fang speaks, she has a sweet and ethereal quality to her, not unlike the clothes she designs, which have propelled her from a women’s wear graduate at Central Saint Martins just five years ago to a name frequently cited in fashion circles as one to closely watch.

Within just a few seasons after her debut, she had collected a prestigious list of stockists — including Net-a-porter, Browns, Dover Street Market and Joyce — appreciative of the slightly preternatural feel of her clothes. One of the earliest breakout pieces for the designer were clear bubble-looking bags that Fang handcrafts with crystal-glass, a technique she also deploys on shoes and other accessories.

Shortlisted for the LVMH Prize last year, Fang in October was named this year’s winner of the Lane Crawford Creative Call Out, taking home a $25,000 prize.

Here, WWD catches up with the designer to talk about her spring 2021 show, her team and what lies ahead.

WWD: You staged your latest spring show in Shanghai; what is that collection is about?

Susan Fang: This season was about hoping and praying for a miracle, hoping for happiness for everyone during this really difficult and confusing time. That’s why we had this very misty rain and there was live music and natural instruments and we created sounds of rain and thunder and of waves. I generally wanted people to feel healed, transported outside of the current situation of calm with contemporary dance. 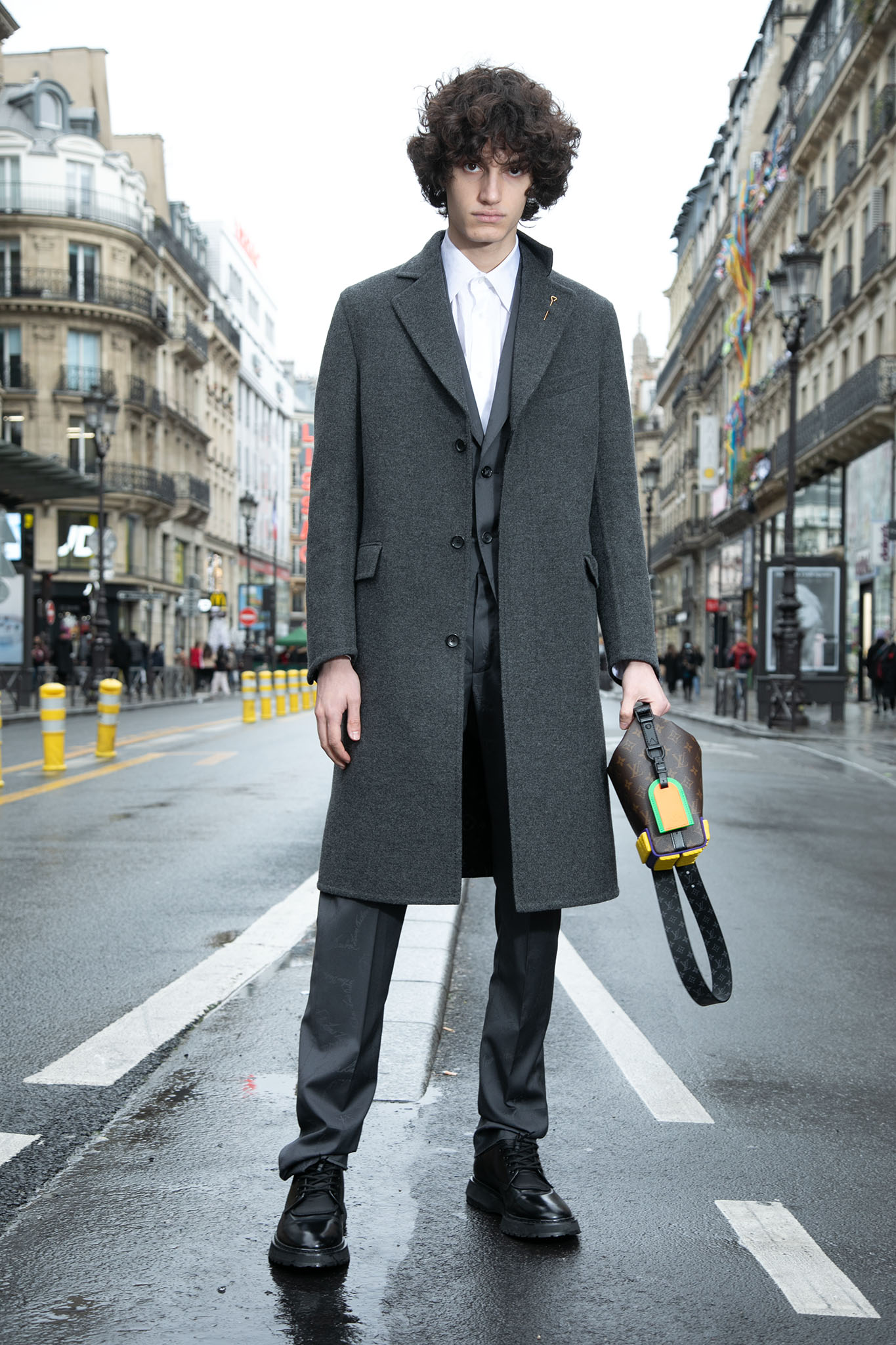 I think everyone felt good and really enjoyed it. Not only in the design but small elements to have good energy. Our gift was a cell phone case that we made and the monograms were a really cute sun or cute flower or the four-leaf clover, natural elements with a warm feeling. We prepared ice cream for people at the show so they wouldn’t be bored. 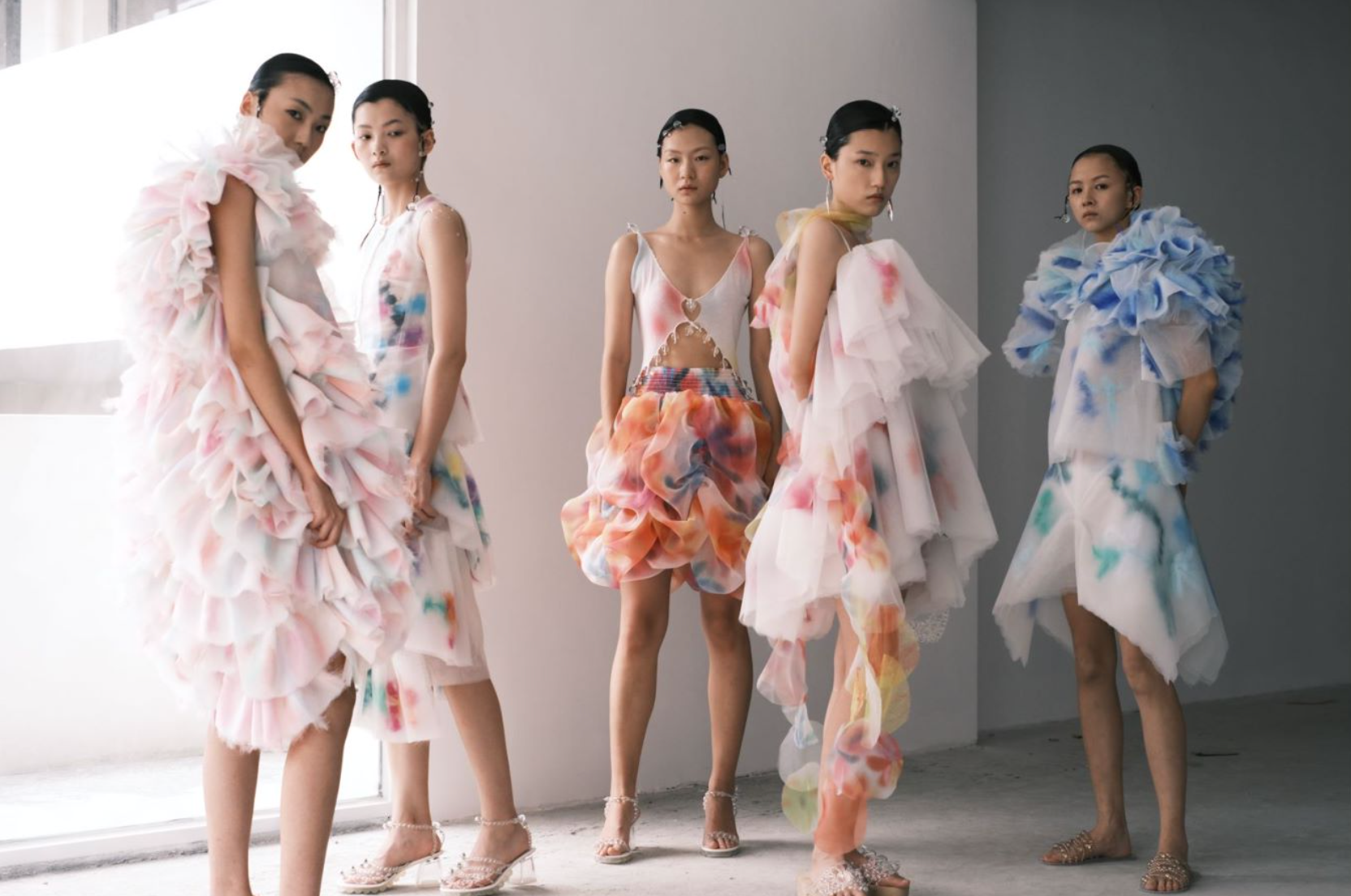 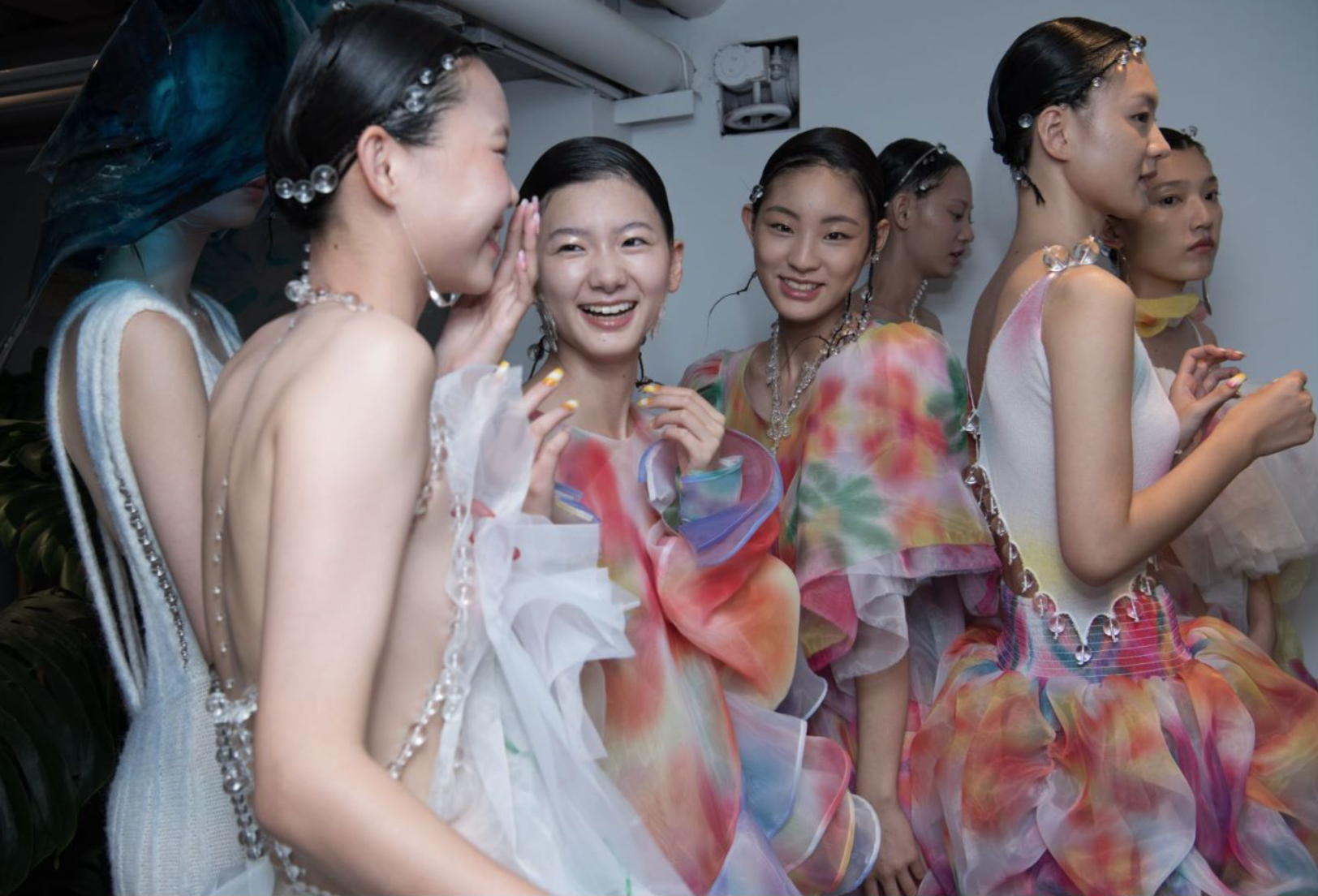 WWD: What is the through line season-to-season for the label?

S.F.: In general, it should feel very, very free. At the same time, a bit surreal and nature-inspired, then emotionally linked with the current situation instead of trying to be super edgy or trying to follow a trend. We invent our own fabrics and textiles but we do it in the most practical way possible, thinking about how can we do it to have no waste. In general, it’s very positive. It doesn’t feel dark.

WWD: Your upbringing involved a lot of moving across multiple continents. What was that like growing up?

S.F.: I was born in Ningbo in China and moved to Shanghai when I was three years old. Then I moved to Canada when I was about five but then I went back to China around age 10 for three years because my parents wanted to make sure I wouldn’t forget my Chinese. Then in high school, I went to England for a year and went to the U.S. for a year, and then came back to Shanghai American School for the last two years.

I think it definitely affects me. You go to different places and you get to understand different cultures but don’t understand why you can only stay in one place for a few years. What helped was fine art. I’d do drawings and paintings to release my confusion. At the same time, I think emotionally I became more sensitive.

WWD: How did you start your brand?

S.F.: I graduated from Central Saint Martins in the women’s wear class of 2015. I interned at Celine for six months and then was a women’s wear trainee for nine months at Stella McCartney.

My first collection was technically in 2017 but in 2018, Fashion Scout Ones To Watch part-sponsored us for our first show at London Fashion Week. Afterwards, we were invited to show at Labelhood at Shanghai Fashion Week. We got launched in store just three months after the show — at two Labelhood stores and one Joyce. By the second season, Selfridges direct messaged us to stock accessories.

The bubble bags and accessories I created were really special, really different and helped us collect a lot of media contacts. By our third season, we could invite enough press people to the show ourselves without the help of the Labelhood PR. Also by then, we got shortlisted for the LVMH Prize. Then, we got invited to get a completely sponsored catwalk show by the Camera Della Moda. With this recent Lane Crawford award, my colleague actually signed up for me. She said, “You should try!” I didn’t think they’d pick me. 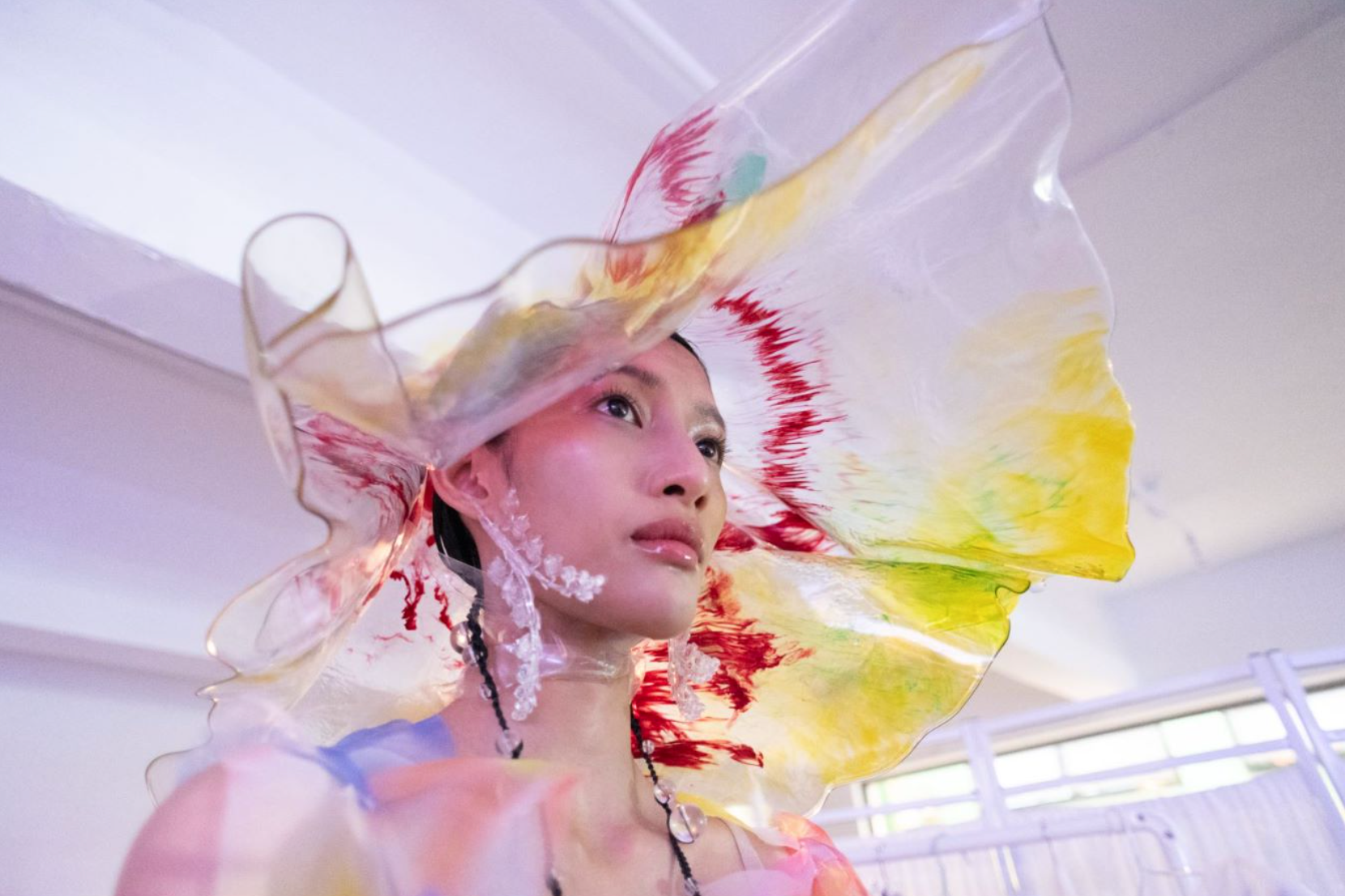 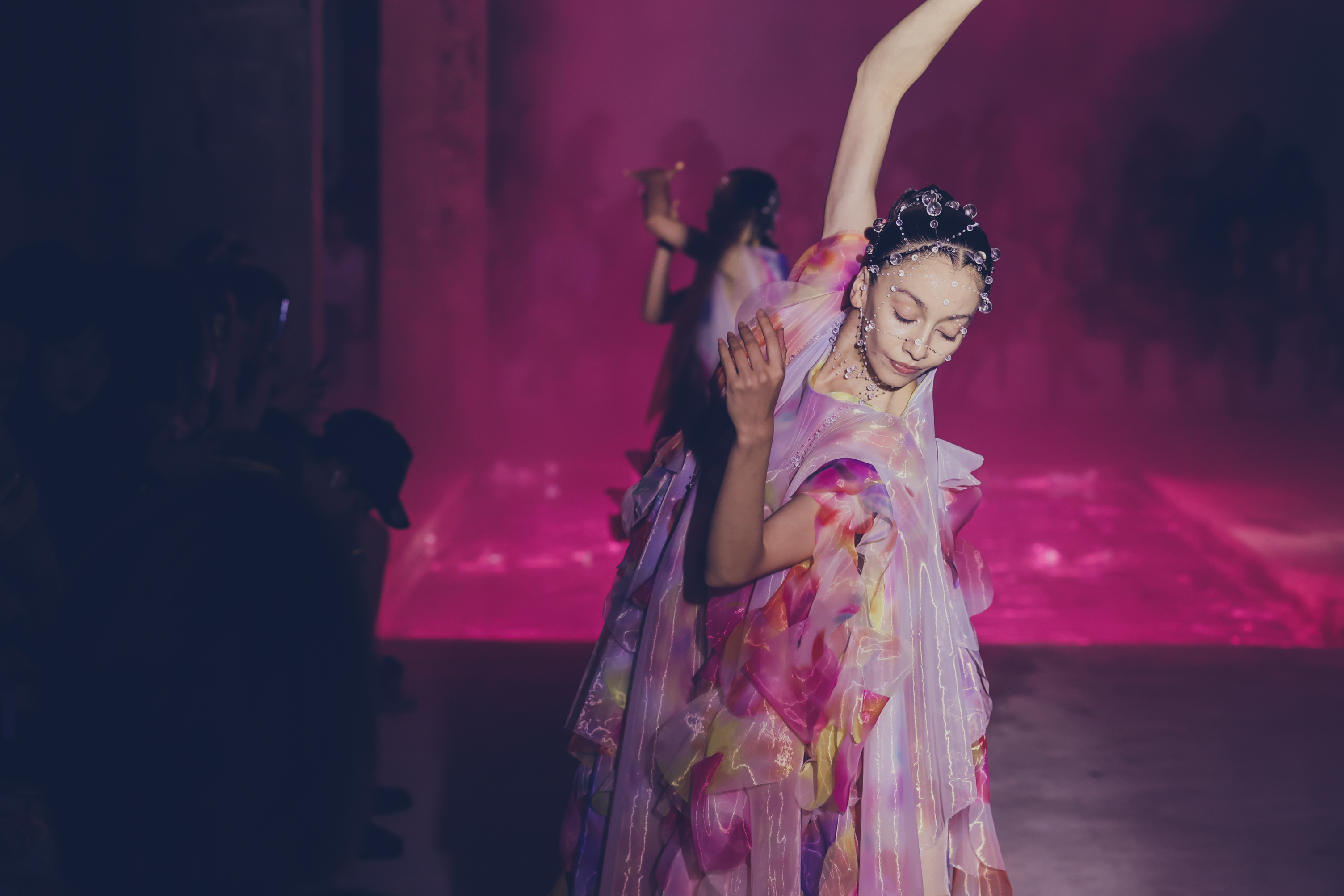 WWD: What is your team setup like at the moment?

S.F.: Our team is very flexible for right now. The number ranges from five to eight people, some part-time. It’s still a bit challenging because they are friends who are helping me, some of whom are not in Shanghai and we’re trying to work around and have different lifestyles. Some of them are moms or could be in London with a different time schedule.  As an independent designer, we are learning as we go. The good thing about it is these are people I’m familiar with. They are my friends for so many years or my classmates or my art teacher or my mom or my childhood neighbor. There’s no wasted time for politics. We don’t really have to manage because everyone is really focused on what they’re doing.

I’m a horrible salesperson. I focus really on the design bit and actually most of the international stockists they approached us — Browns, Dover Street Market, Net-a-porter, Selfridges. Generally, I have a direction, what would be the next step or what should be the push for next season, but I’m not great at negotiations so usually I’d have my friend or colleagues help. I feel like we don’t have a super-strong business person in our company yet. Now I think we’re still very focused on the brand story. It’s been really good for stockists and press coverage but I would like to next year have a really good business person on board.

WWD: How much of your business is overseas versus domestics?

S.F.: Now it’s about 60 to 70 percent outside China but this might change because I feel like the China market is becoming better.

Domestic buyers are seeing better sales, so not just for me but in general they have bigger budgets at the moment. They’re a bit more personal because they usually opened the shop themselves. A lot of them it’s by personal instinct, it feels more like a friend but international buyers are in a really big firm so even if they really like you, they have to go through a big process so they can’t make a decision right away. Once they do make a decision though they will keep you for a long time, they will invest in you. In China, they are more jumpy and follow the trend. I don’t know if it’s because it’s newer here or it’s just the market, or it’s a combination of both. 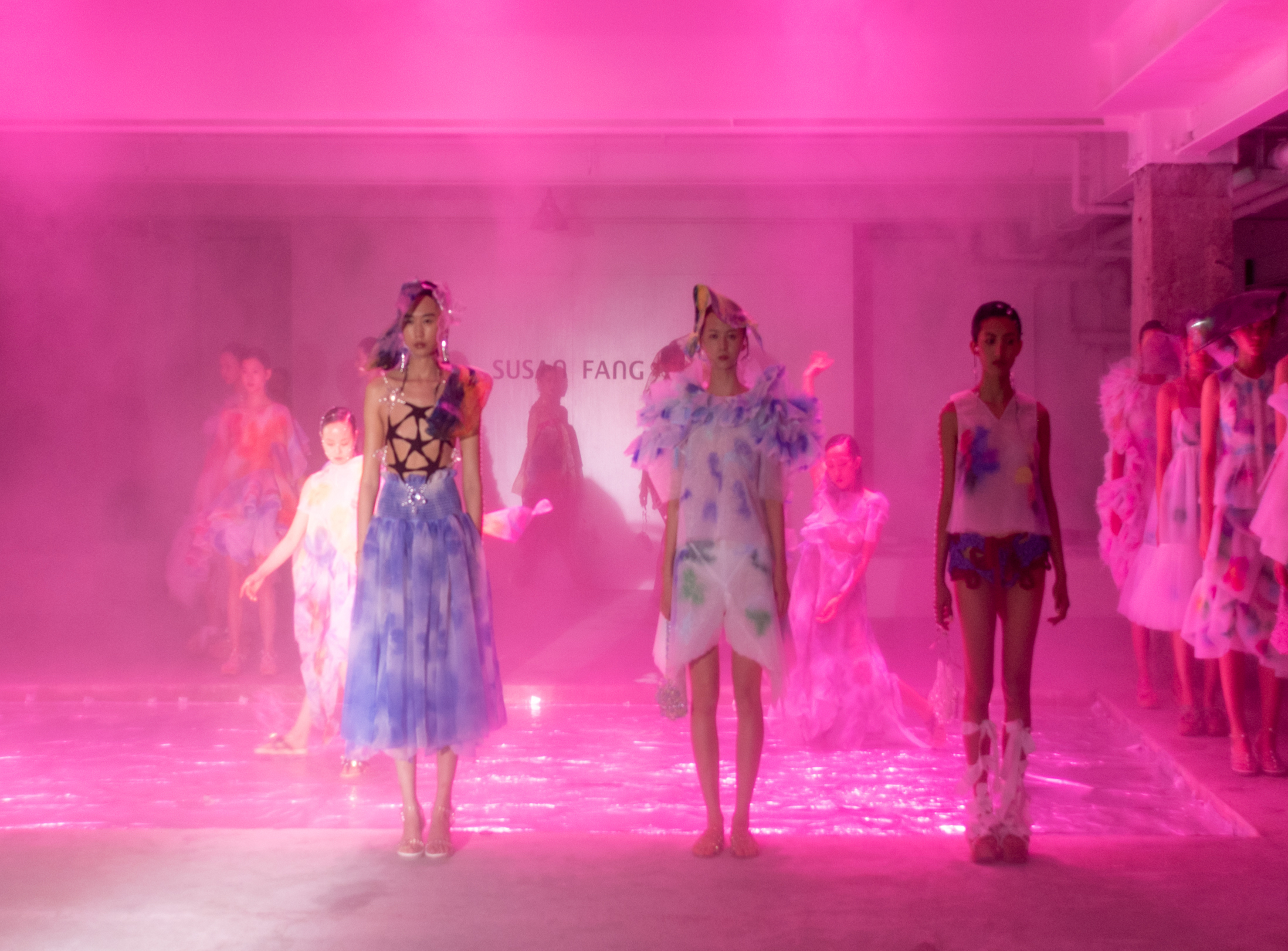 WWD: How difficult is it to battle copycats being a young brand in China?

S.F.: I hear so many horror stories from other brands and, to be frank, I think we are so busy in our production that we weren’t really properly handling it. But I think it’s very interesting. This situation is so uncontrollable for these brands that are copying us or doing fake products but at the same time China media is very supportive. When there was a big KOL that copied our bags, I didn’t say anything and she eventually took it down because other people noticed and gave her pressure. I’ve seen other brands try to argue with the KOL themselves and then the brand will end up with a bad result. Although, I think I still got bad comments from the KOL’s fans on Weibo.

WWD: How do you find relating to other young designers here, as there is a new crop of young talent coming out of here?

S.F.: It is competitive. I haven’t seen so much yet of it first-hand but I’ve heard about it. With other designers it can feel unstable but with media friends, the energy is really great. In Europe, there’s a feeling of hierarchy with press but in China, the fashion media also tend to be young and they’re so open to new things.

WWD: What are your next immediate goals?

S.F.: Two goals: one is our own online platform, we do our have our website but we just updated it, and hopefully have our own flagship store soon next year or end of this year because I think we really would like to do installations and have a more interactive feeling. It would be nice to generate a space to include people in and do fun collaborations. So far, I’m thinking Shanghai because Shanghai is easier to control because my family is here.