Home » Fashion » This $10 'Miracle Shampoo' Makes Hair Grow So Much, Shoppers Are 'Actually In Shock' 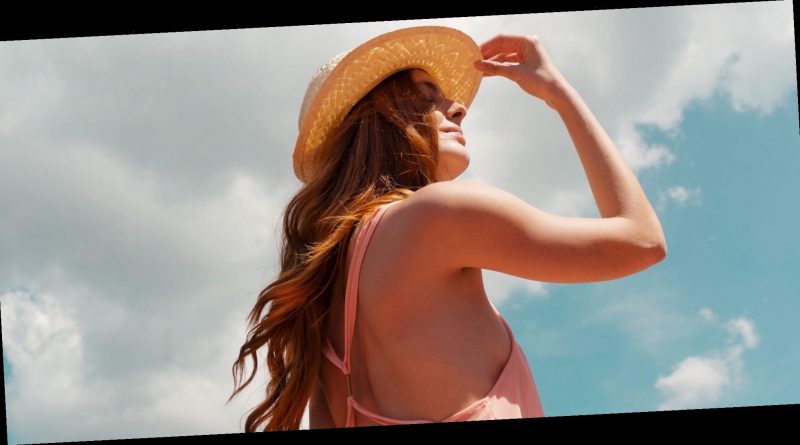 If you're an Online Person, you're probably familiar with the genius satirical news outlet Reductress (if you're not, I'm jealous of the untapped joy waiting for you). Every single time I detangle my curls in the shower and end up losing a Barbie's worth of hair, I think of a joke headline writer Georgia Shenk published last May: "Real Life Charlotte's Web? This Woman's Hair Stuck to her Shower Wall and Spelled Out 'Babe.'"

It's simply too good, and so very real (personally, I'm hoping one day my shower-wall hair will tell the future). Especially with the stress of Covid-19, dermatologists have told InStyle that extreme hair loss is at a high, so it makes sense if you're seeing more shedding than usual. Thankfully, there's a product for that: According to Amazon shoppers, Maple Holistics' Biotin Shampoo works like magic for hair growth.

The shampoo has earned more than 15,000 five-star ratings, with shoppers writing that the "miracle shampoo" has their hair growing longer everyday, and thickening so much that they're "actually in shock." Over a few months of use, some say their hair has grown inches, and that thinning hair is noticeably fuller and even regrowing in bald spots. Before-and-after photos show impressive results in just shy of two weeks, and even skeptics are blown away.

"I just couldn't imagine that a cure for this horrific problem could be so easy," one shopper writes. "The first thing that floored me [was that] there was no hair in my hair catcher in my drain after I washed my hair. I laughed out loud. This stuff is a miracle." The reviewer added that in the following two weeks, they saw hair "sprouting like new grass" in thinning spots — and if they didn't witness it for themselves, they wouldn't believe it. Other shoppers agree that they've seen baby hair regrowth returning in a month, and the side-by-side photos are stunning, showing hair covering where there was formerly bare scalp. Those dealing with postpartum hair loss say it cut down on their "ridiculous amount" of hair shedding. Others note that it also completely banishes dandruff on top of transforming their hair's thickness and growth, even for people dealing with seborrheic dermatitis.

The $10 shampoo is so good at everything because its thoughtful formula is packed with powerful ingredients, namely biotin, phytokeratin, dandruff-fighting zinc pyrithione, argan oil, coconut oil, olive oil, tea tree oil, and jojoba oil. Gentle cleansers remove build-up, and there's no stripping agents, so it's safe for color-treated hair.

Still, the main event is definitely how it revolutionizes thinning, brittle, receding hairlines and balding crowns. On top of filling in their hair, shoppers say the shampoo makes it vibrant, shinier, healthier, and more voluminous, with compliments flooding in as quickly as hair used to fall. Hair not only grows like the wind, but people say that "not even a strand falls out when I brush it. That has never happened before."

All in all, it works like a dream, in one person's words. And where often the Internet over-promises and under-delivers, here, that's not the case. Shoppers write that they're incredibly happy they didn't blow off the nearly 8,000 glowing reviews — and for just $10, they'll never stop using the shampoo.