Today, June 22, is National Kissing Day and all three women have very different reasons not to have smooched more men. One woman married her husband at 21 – but after he died suddenly she hasn’t wanted to kiss anyone else.

Meanwhile, another woman met her boyfriend when they were both at school… and although her mates think it’s a bit odd, she hasn’t snogged another boy since.

And another woman, who arrived in the UK from India in her early 20s, said cultural reasons meant she hadn’t kissed more people.

Promotions worker Jassie Mortimer, 39, lives in Amersham, Buckinghamshire, with her daughter Mia, 15. She is a widow 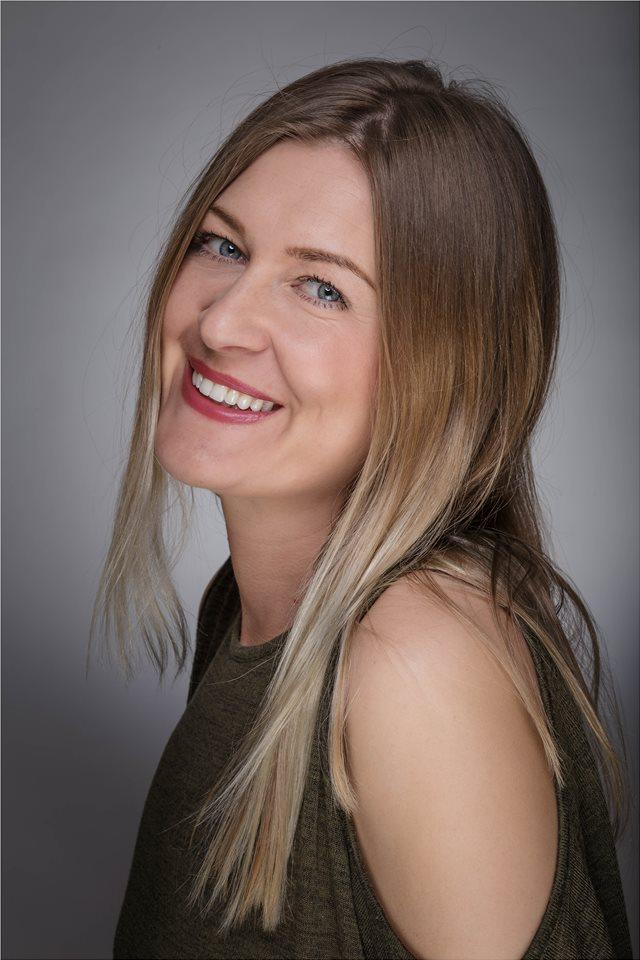 After my husband tragically and suddenly died I tried dating a couple of men, but I could not kiss them, as it felt far too intimate.

The last time a man tried to kiss me on the handful of dates I have had, I pulled away and fled – I am just not physically ready for that kind of contact.

It is so difficult for me, only ever having kissed my husband.

I grew up in a strict Catholic household, and as a teenager I wanted to be a nun.

I have never believed in casual sex and kissing was not on the agenda until I met my husband.

We met through friends – I didn’t believe in love at first sight until I met him. Then straight away I knew he was the one for me.

I had been out for coffee with boys before, but to my mind boys were only after one thing, and I was looking for a gentleman.

My husband James was just that – he didn’t rush me, and let me take my time.

I was 20 when I met him and 21 when we married. He was an estate agent, and several years later we had our daughter, and life was perfect.

How many frogs do you need to kiss before you find your prince?

22 is the magic number – if you are looking for love.

That’s according to Greg Tatton-Brown, from online casino Casumo.com, who commissioned a study into how many people the average Brit kisses before finding the one.

He said: “We wanted to find out the lengths the average Brit has to go through to find the prince or princess of their heart.

“It might seem like a ways to go to find your other half, but for most Brits it’s worth it for true love!”

The study also found Brits reckon you should have found your diamond in the rough by the time you reach 27 years old.

In that time, those prospecting for love will have to work through five duff relationships.

And with so many dead ends to walk down before finding the road to romance, over a third of those surveyed said they feel unlucky in love.

And of those who are currently single, 30 percent have completely given up on finding “The One”.

By contrast 45 per cent still believe in the concept of there being someone out there who is ideal for them.

As for those surveyed in a relationship, 28 per cent have kissed someone else since getting together with their partner.

He was caring, fun, handsome and passionate – everything I wanted in a man.

We were married for just five –and-a-half years when he died in a tragic home accident.

I was in the house at the time, and suffice to say it was a deeply traumatic and emotional time for me.
Since his death I have wanted to concentrate on being the best possible mother to our daughter.

Friends have tried to ease me back into the dating game – one even put my details on ‘Plenty of Fish’ but men on dating sites seem to only want sex and many are married. I am so shocked at how casually they take physical intimacy.

I miss kissing my husband very much, and really all I want is the same guy back.

I am not averse to kissing another man in the future, but he must be the right man who is genuine, caring and looking for an honest, settled and committed relationship.

I don’t like to think I may never kiss another man, but it must be a very special man indeed. 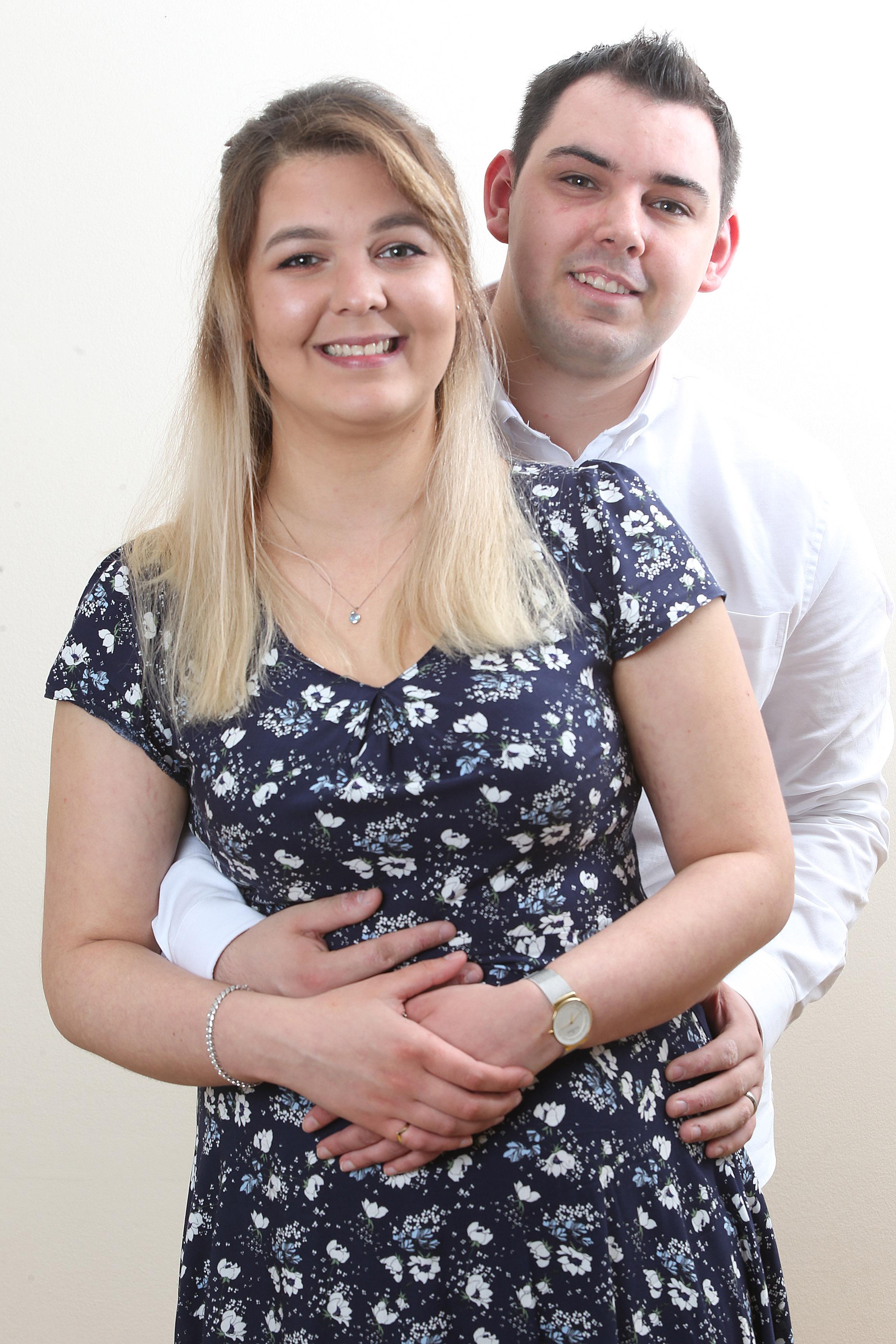 I have many friends who are out snogging different boys and having one night stands, whereas George and I have been dating since I was 14.

I don’t believe we have missed out on teenage rituals however, we’ve been out drinking and clubbing with the best of them.

The difference is that we go out together, and we come home together.

I can so clearly remember the first time he kissed me. It was the first ‘proper’ kiss I ever had.

I met him as he’s the brother of one of my friends, and he offered to tutor me with my maths homework.

As soon as I saw him I thought he was so cute. We were friends for a while, and then we started dating.

One day we went for a walk in the park, and after a while sat down in a hut and he put his arms around me and kissed me.

It was so romantic and lovely – and I still love kissing him today. It is such a good way of showing someone how much you love them. 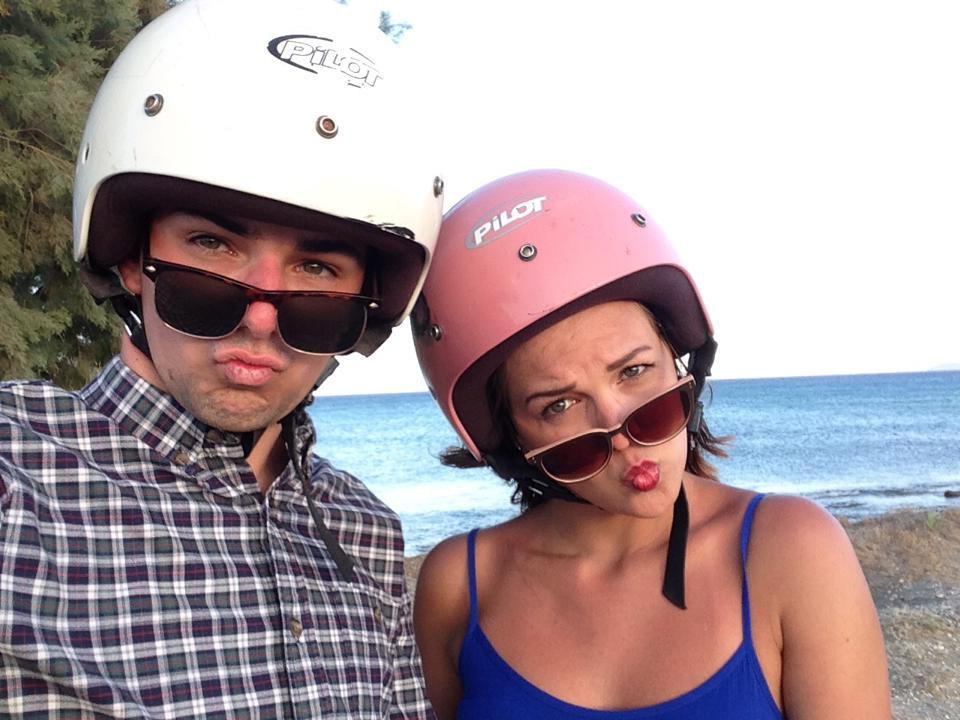 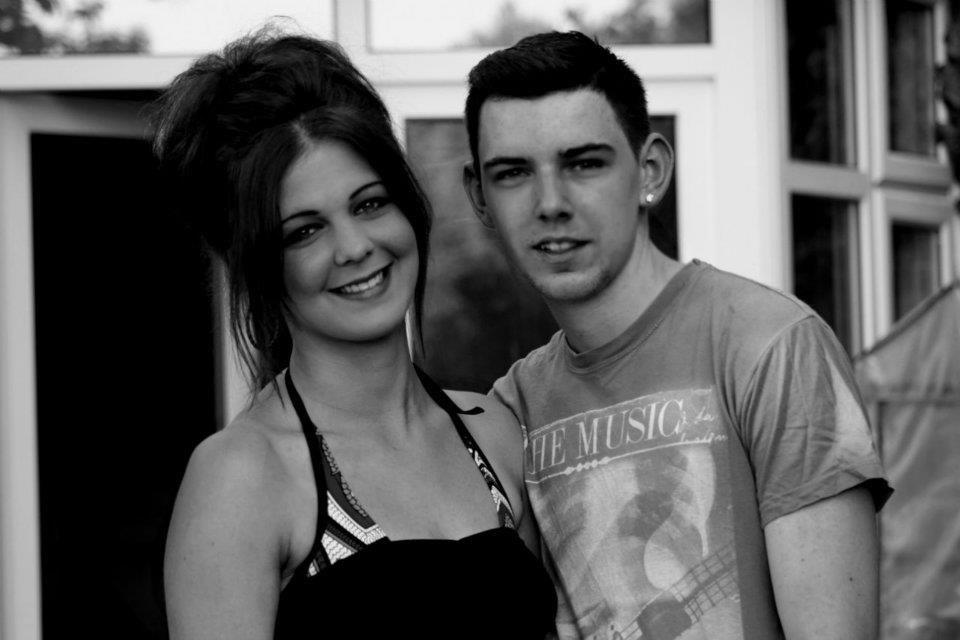 Friends do think it’s weird that we have only ever dated each other, but most people who know us are used to it now.

My family absolutely love George. When he proposed he asked for their blessing first – even my brothers – and then asked me when we were sitting on Brighton beach.

I was shocked – I didn’t see it coming, and I was thrilled. He really is the love of my life.
I don’t feel I have missed out on the experience of kissing lots of other men – what’s the point, when I know George is perfect for me?

We have our differences and we do annoy each other occasionally, especially at this time of year when we’re coming up to exams and we’re working hard on assignments.

But we work it out, and we never go to bed on an argument. We are each other’s best friend too.

People are fascinated about how we stay together, and I have no real idea what the answer is, apart from being great friends.

We have grown together, and when I was 17 I started staying over at his house, and then at university we properly moved in together. We’re now planning to marry when we finish university.

In this world of casual sex and quick encounters I know our story is very unusual, but we are very happy and it is quite possible to live forever with your first love.

Engineer Natasha Pereira, 32, lives in Luton, Bedfordshire, with her husband Johnson, 35, who is a dentist 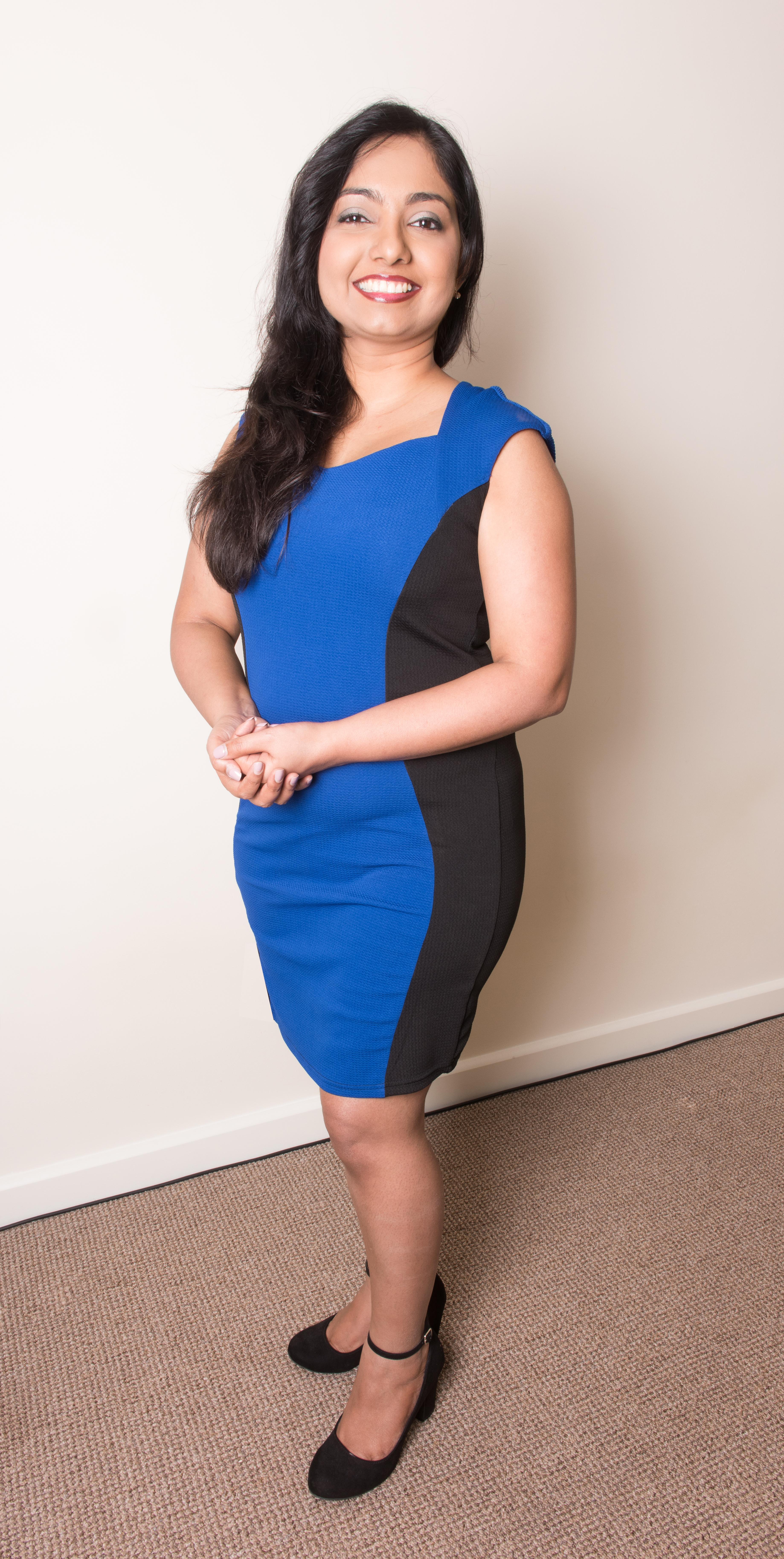 Being brought up in India, views towards dating were very different.

None of my teenage girlfriends were kissing boys – it was not done.

Even today in India public displays of affection are frowned upon.

The idea of ‘dating’ did not exist, even though I am a Christian and I was brought up in what is a very liberal family for India.

When I moved to this country in my early 20s I was astonished at how teenagers seem free to kiss and even sleep with each other whenever they want.

My husband was the first man I properly kissed, and that did not happen until we were engaged.

We are very happily married and it was a love match, not an arranged marriage. We were neighbours growing up, and we share so many cultural and social experiences.

I do not feel that you miss out if you do not go around kissing lots of men. I knew when we declared our love for each other – I was 19 and he was 21 – that he was the man for me, and I would not dream of looking at anyone else.

There was no question of being sexually active before marriage. We can relate to each other and are very close, because we have only had this love for each other.

I do not see how having multiple partners and kissing lots of men makes you happy. It is a very close intimacy, and to my mind should only be shared by someone that you love very much and are prepared to commit to, and build a life together.

I was 25 when we got married, and I could not imagine being ready for intimacy in my teens – I was far too young.

We were friends first too, without the pressure of dating, and that means that we know each other very well. We have a very happy, enjoyable relationship. As yet we do not have any children, but we hope to have a family.

Kissing someone is a very meaningful act – surely it means that you love them. If you kiss lots of men then what does it mean?

We want you to show support for England by kissing Harry Kane's boot for luck. We Kane do it!

And Zara McDermott practised kissing Ellie Brown before her first smooch with Adam Collard… did you see the Love Island antics?

Love real life stories? We're always on the look out for case studies to feature on Fabulous Online. Join our Facebook group and you could make money by telling your story.