Home » Fashion » Thrifty bride reveals ‘expensive’ wedding traditions she’ll be skipping as they ‘don’t make sense’, like save the dates

FOR some, tying the knot is the perfect excuse for sparing no expense, but one bride-to-be has pointed out that there are many wedding traditions that rack up costs and actually aren't that needed.

The thrifty bride found herself going viral online as she shared a video revealing the wedding traditions she'll be skipping out on for her big day because not only are they expensive, but for her, they just "don't make sense". 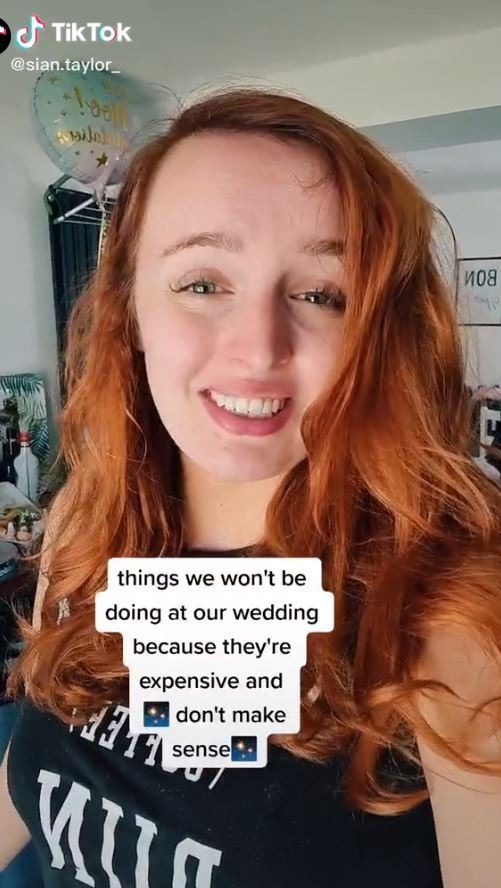 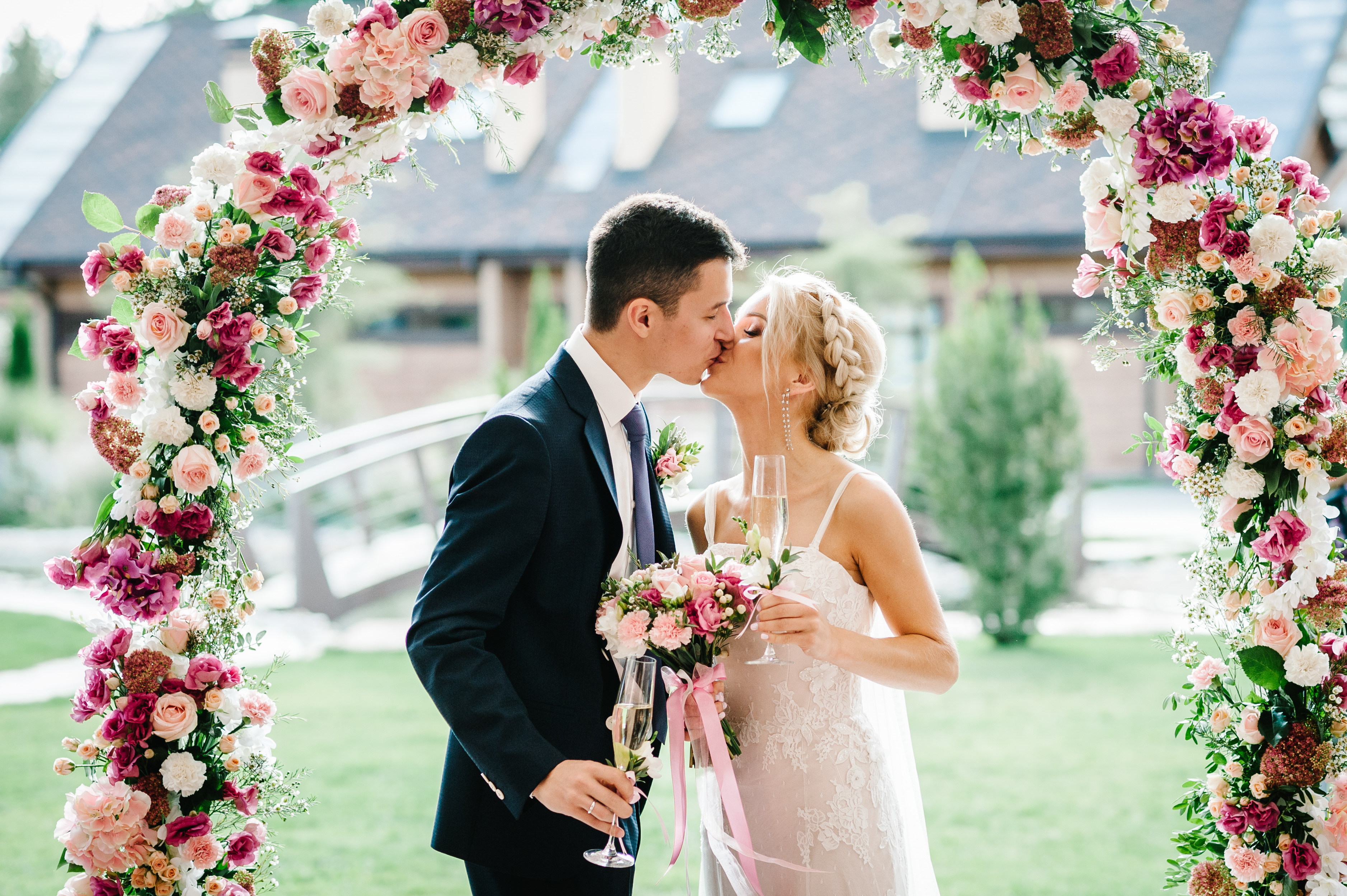 TikTok user Sian Taylor has been sharing her tips for planning a wedding on a budget and revealed the savvy ways she'll be saving herself thousands of pounds.

If you want to add an extra sum into your honeymoon pot, then Sian advises saving cash on little details like save the dates and real flowers.

In her video, that has been watched over 830k times online, Sian says: "Things we won't be doing at our wedding because they're just expensive and don't make sense.

"A guestbook – I know who is coming to the wedding, I invited them."

Forget save the dates

Another tradition she won't be including is sending out save the dates.

Sian continues: "Save the dates – am I going to spend an extra one to 200 pounds just to let people know what date we're getting married or could I save that money towards a honeymoon and actually just text them? And it's better for the environment."

Say no to wedding favours

Wedding favours are a nice finishing touch and great for dressing up the guest tables on your big day, but Sian argues they're not really needed and can be quite "cheesy".

She says: "Cheesy personalised wedding favours – one they're damn expensive, no one actually keeps them and I just don't understand.

"Instead our venue has fire pits so everyone is just going to get some s'mores to toast on the night, so technically they're getting wedding favours but not in the traditional sense."

"Equally, if we're tight for money, they'd be the first to go," she admits.

Opt for a weekday wedding

Sian reveals: "We're getting married on a weekday rather than a weekend.

"Please explain to me why I'm going to pay an extra £2-3k for the exact same venue but on a different day. That's right, I'm not."

Fake flowers for the win

Flowers are arguably just as important as the bridesmaid dresses when it comes to a wedding, but just because they're considered a necessity, it doesn't mean they have to be an expensive one.

Forgoing real flowers for fake flowers instead can help you to save some serious pennies.

"You're going to charge me £1500 for bouquets and centre pieces or I could have silk flowers that cost. couple of hundred pounds and I'll have them for the rest of my life instead of paying all that money for them to die. I know which one I prefer…" 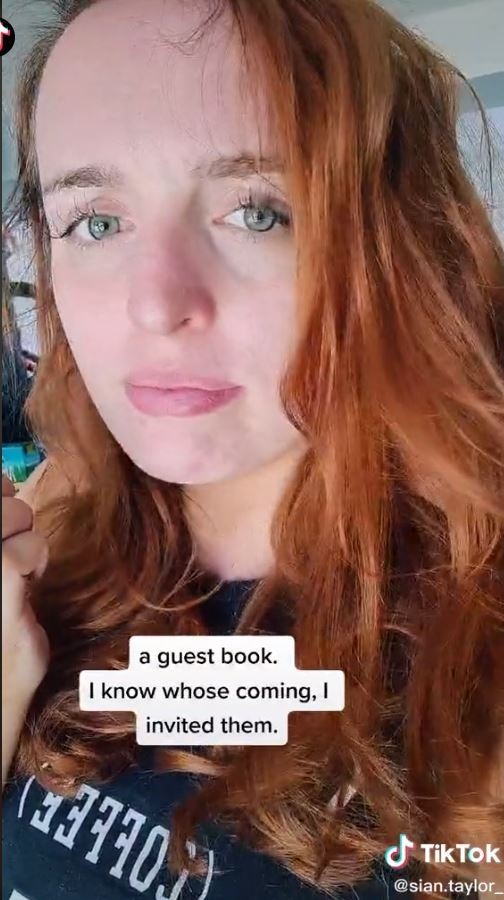 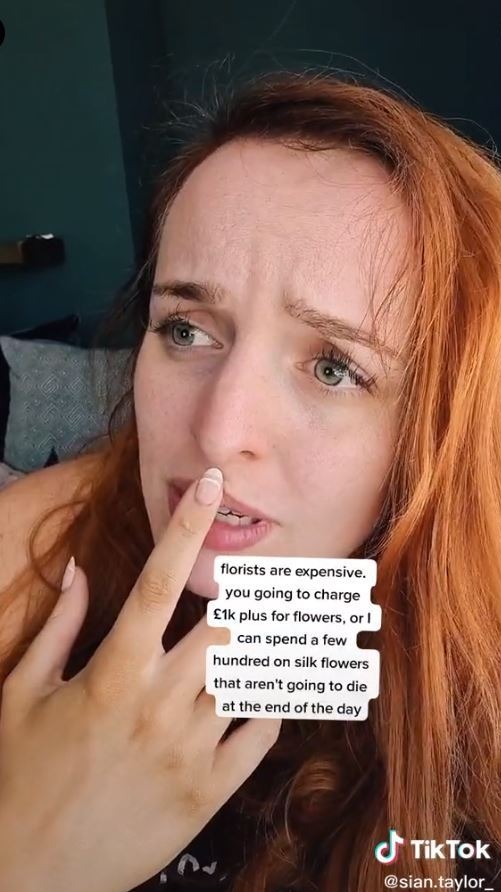 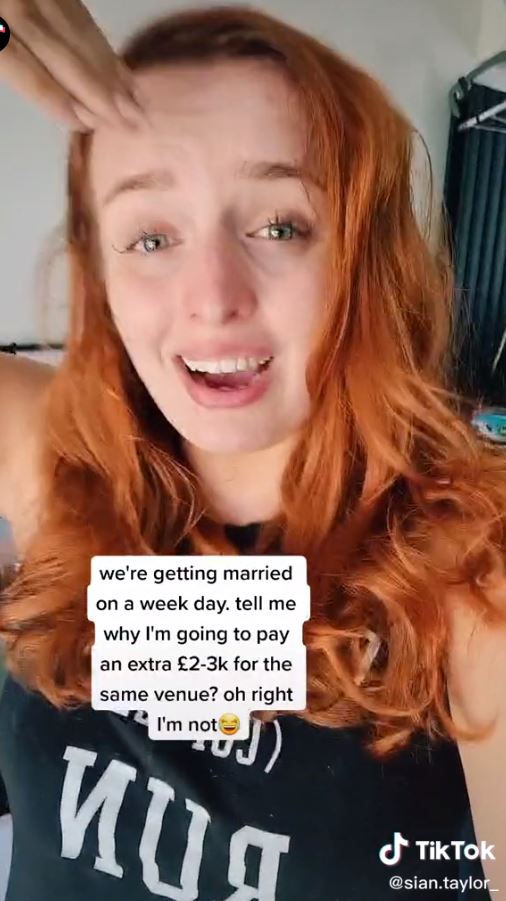 Meanwhile, a professional wedding planner reveals what brides always FORGET to do during ceremony & it makes all the difference to your photos.

Plus, people were seen raving about how beautiful this bride's wedding dress was, only to find out she was actually the step-mother.

And one bloke's proposal went horribly wrong when he accidentally burned down the flat – but his girlfriend still said yes.