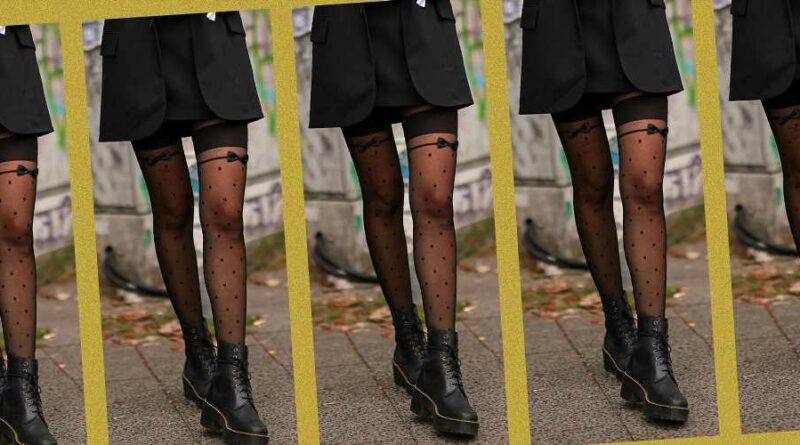 Dr. Martens could be the most timeless combat boots the world has ever seen. The utilitarian lace-ups first hit the U.S. market in the 1980s, and since then, they've dominated our Instagram feeds and graced the feet of celebrities of all ages. High-quality as they are, the boots aren't cheap — but TikTok's regime of fashion detectives just found a similar style at Target.

A now-viral video from TikTok user Emiiilyw puts on a dramatic reveal for the Universal Thread Erin Combat Boots. The clip describes them as a dupe for Dr. Martens' platform Jadon boots, which you've seen on A-listers like Megan Fox, Kate Hudson, and reigning Gen Z queen Olivia Rodrigo. The Target lookalikes feature the same chunky soles, heel tabs, and lace-up details, but they're less than half the price of the Jadons, which usually retail for $200. Right now, they're even 20 percent off their original $40 price.

The boots are available in black and a fall-ready burgundy. By some miracle, both colors are still in stock in almost every size. If you have narrow feet, reviewers recommend ordering a half size down.

Like us, many reviewers say they discovered the Erin boots on TikTok. Others note that the side zippers and memory foam insoles make them impressively practical for such an affordable shoe. "Great Doc Martens lookalikes for the price! Not painful like the real ones, either," one person wrote.

"I love Doc Martens but was looking for a vegan version," said another shopper, who purchased the boots in burgundy. "I found these to be a perfect dupe for the cherry color I was looking for."

There's no way these boots will stay in stock much longer, and they're only on sale until tomorrow. Order your favorite color now and trust that they'll pair seamlessly with all your go-to cool weather looks.