Home » Fashion » Topshop is selling a £79 coat that looks just like Versace's £2,750 designer version – can you tell the difference?

If you're after a piece that looks high-end but is kind on the purse strings, you'll be pleased to hear that there are some incredible designer dupes on the market. 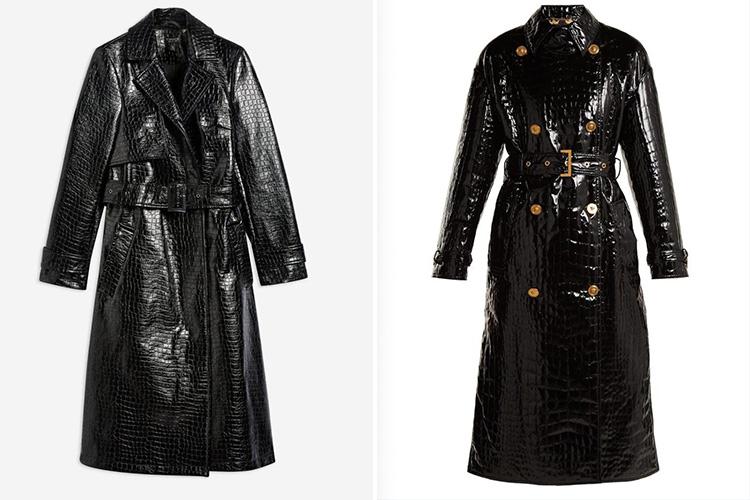 With a patent finish and statement gold buttons, the stunning piece will look chic paired with even the most casual of outfits.

It'll also work perfectly over an LBD for an autumnal night out.

Unfortunately, it's a little on the expensive side – retailing on Matches Fashion for an eye-watering £2,750. 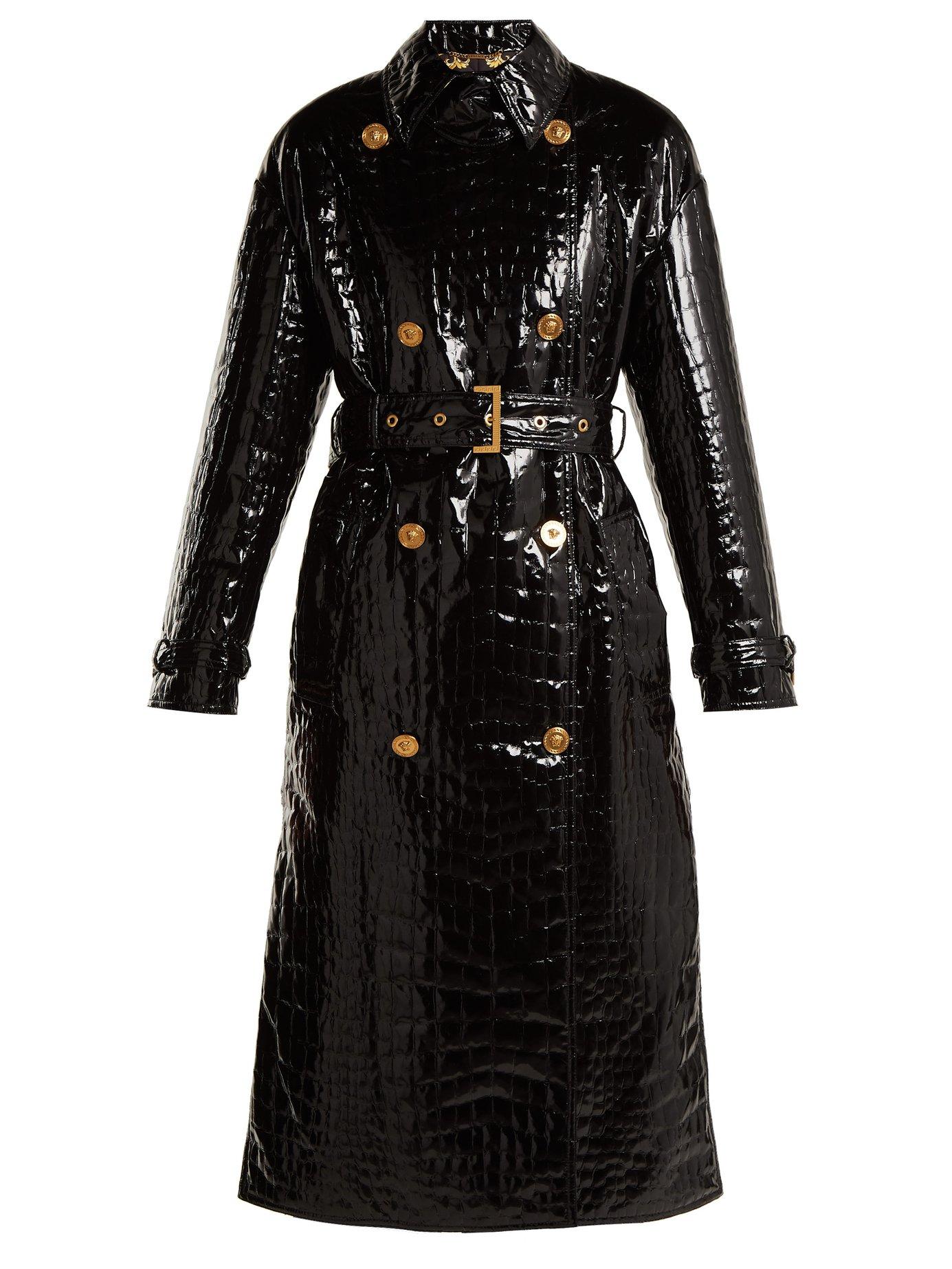 This is where Topshop comes in.

With a similar embossed print and buckled belt, the high street retailer's offering is almost identical to Versace's luxury version.

It also has a similar blazer-style collar, which creates a cool androgynous vibe. 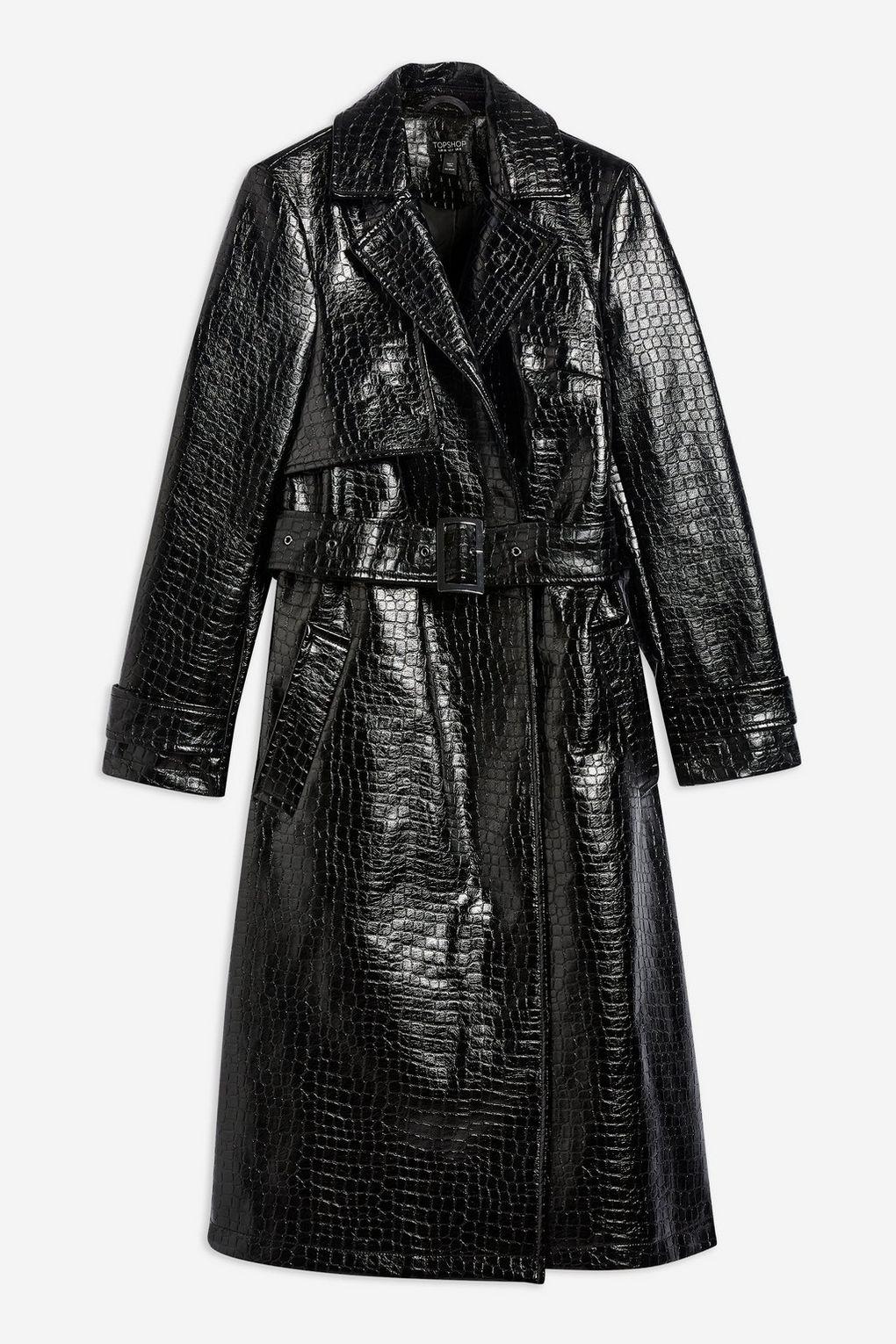 If you're after more designer doubles, New Look is selling a red tartan coat for £40 which looks just like the Miu Miu £2,795 version.

& Other Stories has a £69 knitted jumper that's almost identical to Ganni's £370 piece.

And can you tell the difference between Topshop's £85 faux fur coat and Tibi's £635 designer offering?