Justin and Angela Moulding, of Worthing, West Sussex, were delighted to find out they were having twins in August 2017, on their third attempt at IVF. 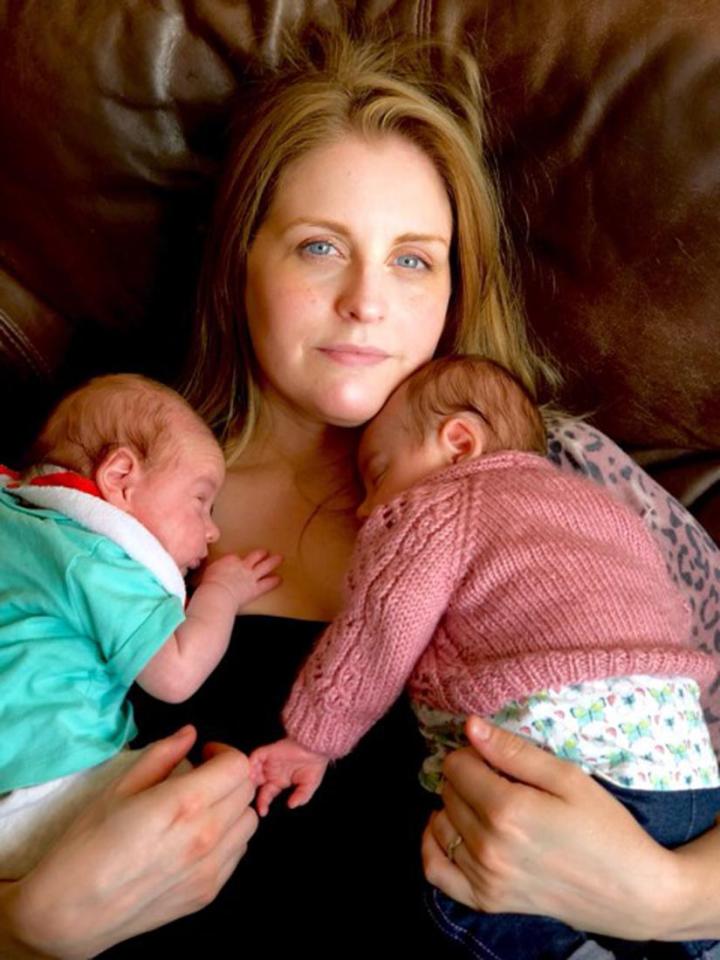 Four days after celebrating their baby news, beauty therapist Angela, 35,  kissed her specialist tool maker husband, Justin, 36, a keen athlete, goodbye, as he cycled off to a mountain biking event.

But, just hours later, on August 12,  Angela was devastated by news Justin had suffered a severe cardiac arrest, saying: “We went from possibly the happiest day of our lives to the worst.”

Now, months on, Justin is still ill and repeatedly forgets he is married.

Angela told how he regularly proposes to her, explaining:  "Now, his memory still isn’t great. He proposes to me regularly, which is really sweet. He knows he loves me and wants to be married, but doesn’t always remember we are already married. Every single part of his brain is affected.” 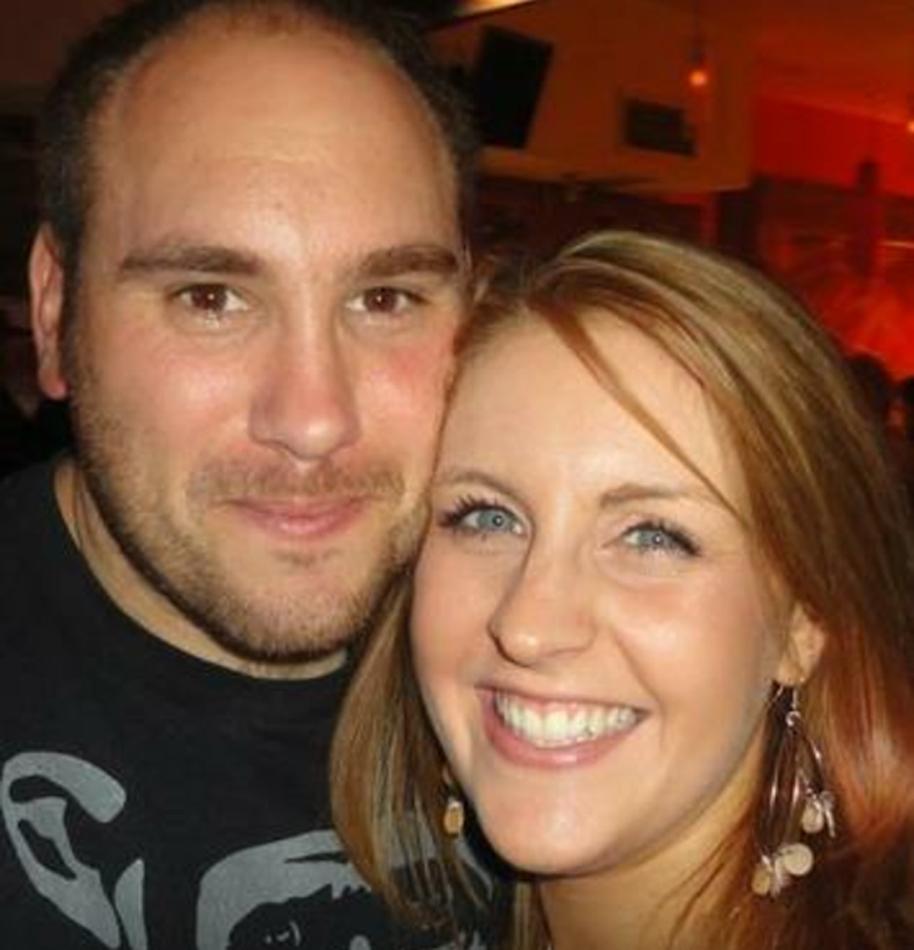 Angela explained how they were overjoyed to find out they were expecting: “We’d had a scan at eight weeks, on August 8,  2017, and were told we were having identical twins – it was one embryo that had split," she said.

“I was laughing hysterically and crying at the same time. Justin’s jaw was on the floor – he didn’t know quite what to make of it. We were in total shock.”

But at 6.15pm on August 12, her life began to unravel when two policemen came to her door.

She said: “I saw their jackets through the glass, but it was only when they asked, ‘Are you Justin Moulding’s wife?’ that I panicked. 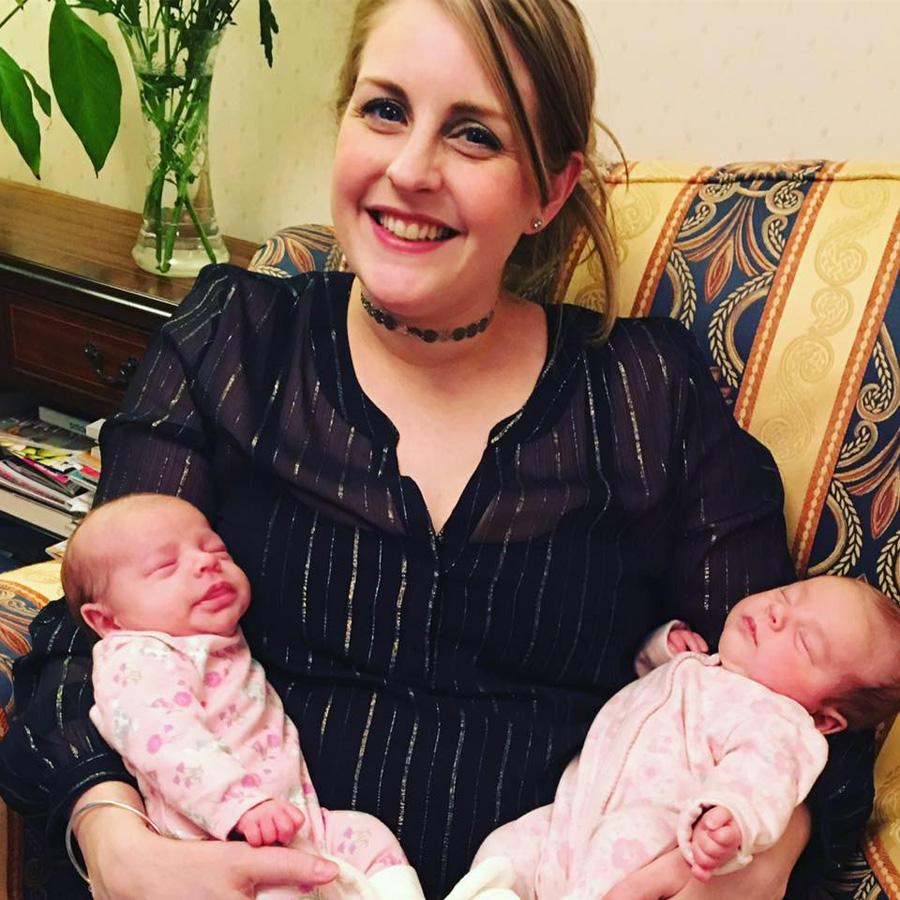 “They didn’t have much information," she continued. "They had just been radioed to come and get me. They told me Justin had had a cardiac arrest. and I knew I had to try to stay calm, because the adrenaline would be bad for the babies.”

Rushed to Royal Sussex County Hospital in Brighton, Angela was told that Justin received CPR at the scene and been treated quickly by a paramedic, who realised what had happened.

He was then taken straight to surgery to have a stent fitted.

“Initially we thought that, because he had treatment so quickly, he was going to be fine. He was sent up to intensive care to recover and they told us they would keep him under sedation for a few days,” she said.

What is a cardiac arrest?

A cardiac arrest is when your heart suddenly stops pumping blood round your body, commonly because of a problem with electrical signals in your heart.

When your heart stops pumping blood, your brain is starved of oxygen. This causes you to fall unconscious and stop breathing.

There are usually no symptoms before a cardiac arrest and, without immediate treatment, it will be fatal.

She continued: “But when they tried to reduce his sedation on the Wednesday, instead of taking between five minutes to a few hours to come around, all he was doing was yawning and making little arm movements.

“Then a doctor took me into a side room and told us they believed Justin had suffered brain damage, from a lack of oxygen during the cardiac arrest.”

Advised that, as people did not recover from such extensive damage she should consider removing treatment, Angela sought a second opinion the next day – deciding to give him more time, because of his age and fitness. 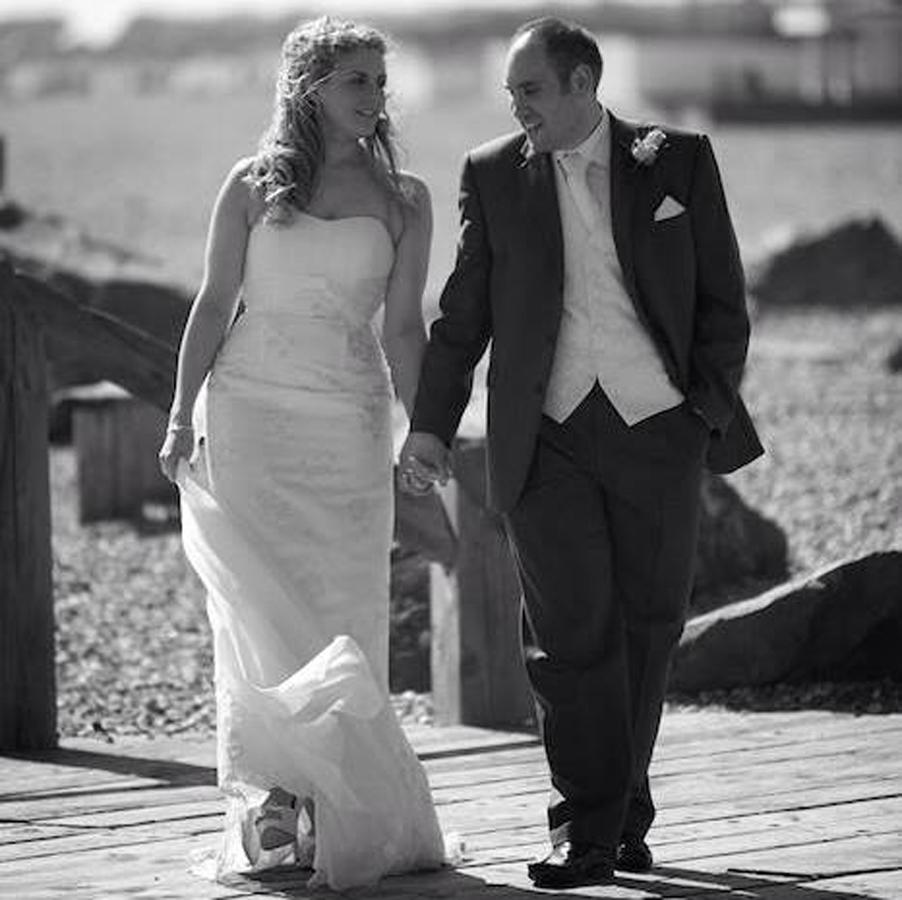 Astonishingly,  Justin slowly came around although he remains in hospital, able to shuffle for a few steps and with limited speech.

Despite her delight at being pregnant, attending antenatal classes alone and discovering at her 18-week scan that she was having two little girls, without Justin at her side, was bittersweet.

She said: “Luckily, my pregnancy was very straight-forward, which was a godsend, as I had so much to deal with." 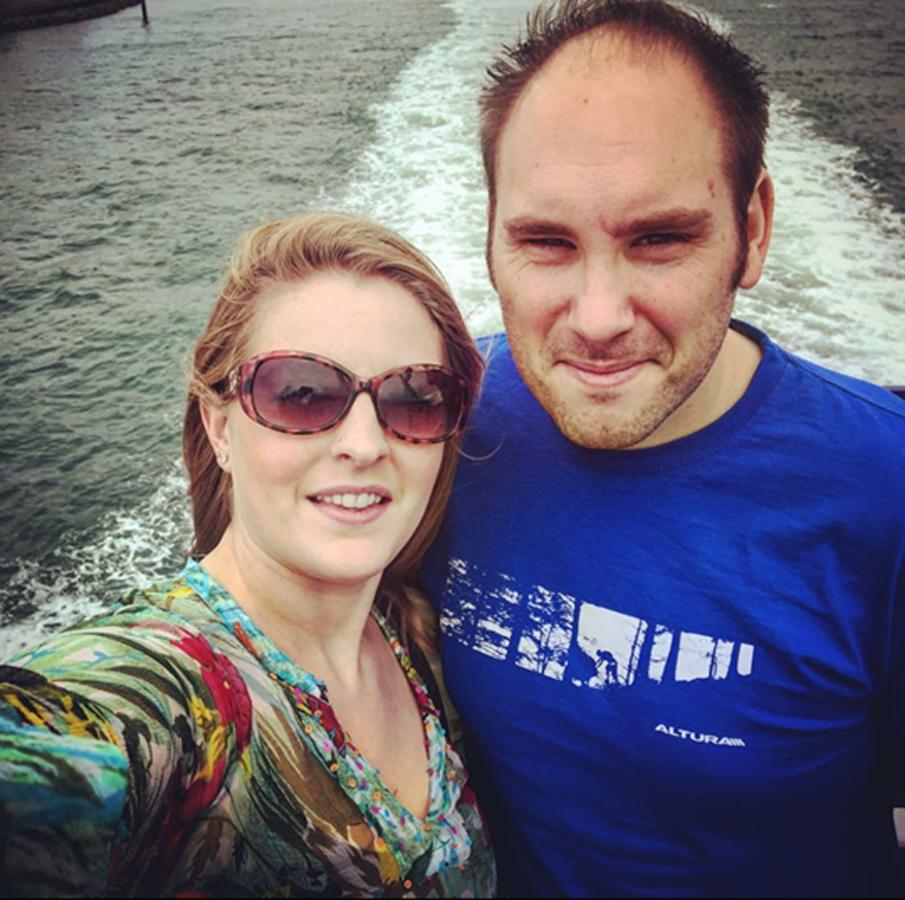 She continued: “After about two weeks, Justin made some arm movements in response to pain. He continued to improve and every day I would talk to him about the babies."

Despite his limitations, Justin still helped her to choose the names – Arielle and Freya – for their babies, born on February 22 at Worthing Hospital weighing 5lb 11 and 4lb 13oz respectively.

In October, Justin was moved to a specialist rehab unit in Chichester. But, with a scheduled caesarean, Angela was able to arrange for Justin to be with her when she gave birth at Worthing Hospital.

She recalled: “It was really special and I am so glad that he was well enough that day to come." 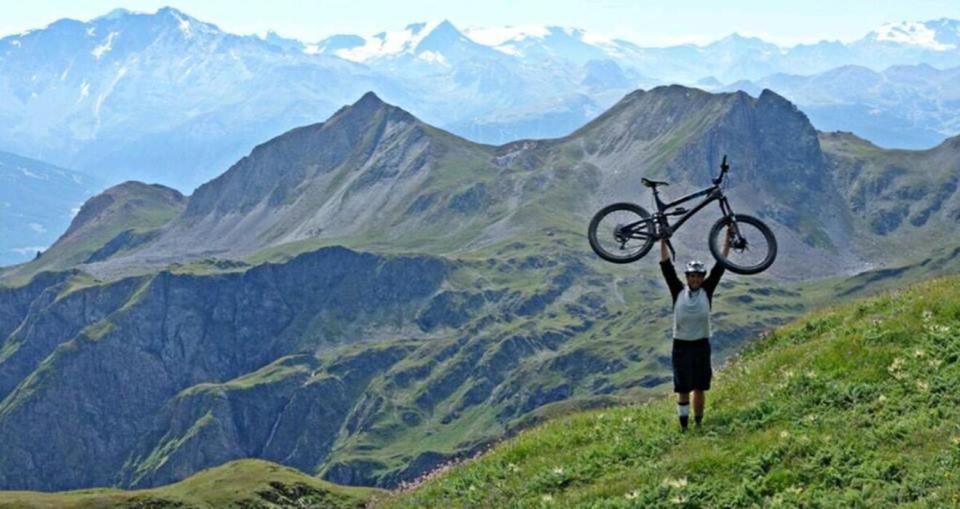 She explained: “We’ll probably never have another child, so it was important to me that he would see this. I’m not sure he understood completely and he doesn’t remember it but we were given special permission to film it so we can show it to him and remind him of the special day. 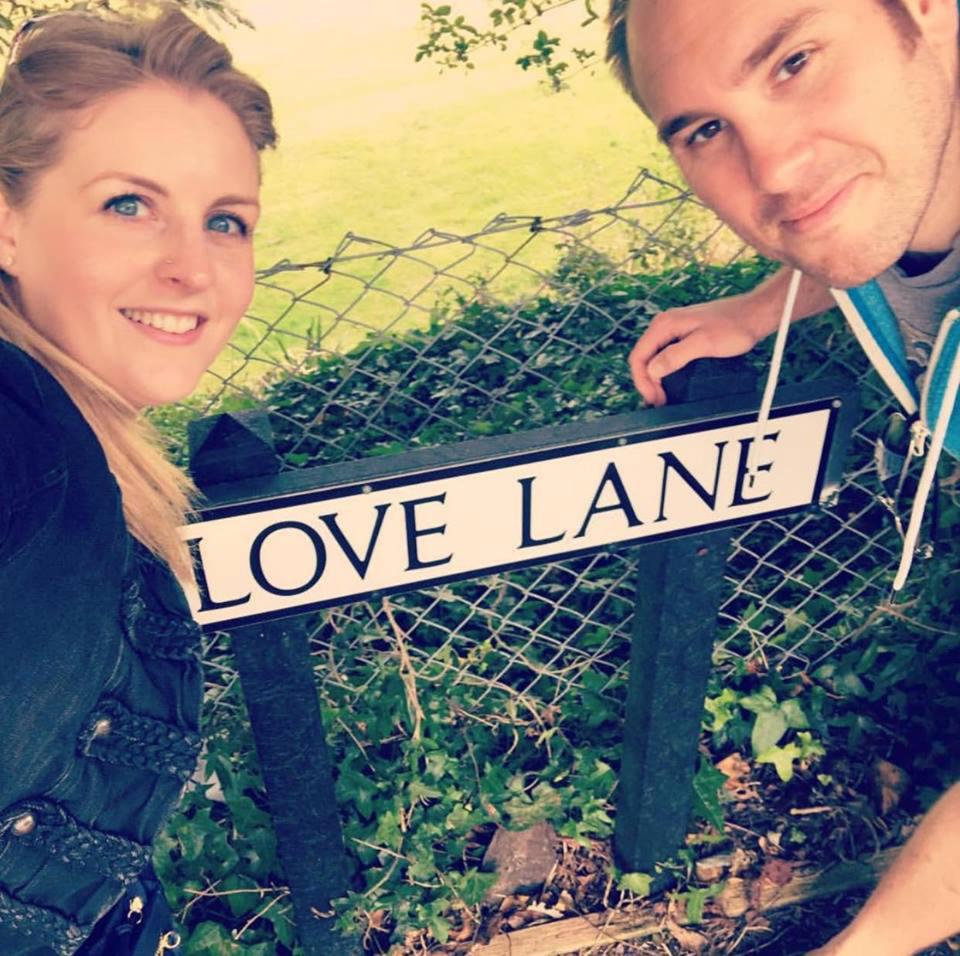 Happily, Justin helped chose the girls' names. She added: “But he helped me choose names. Arielle is actually a name that we talked about during the first IVF cycle and he remembered. ”

Four nights after giving birth, Angela returned home and has had to look after both babies by herself ever since.

Now being looked after in Salisbury, Wiltshire,  Justin is visited often by his family.

“He doesn’t always remember who the girls are," he said. "He remembers the names, but I’m not sure he always connects them with his babies." 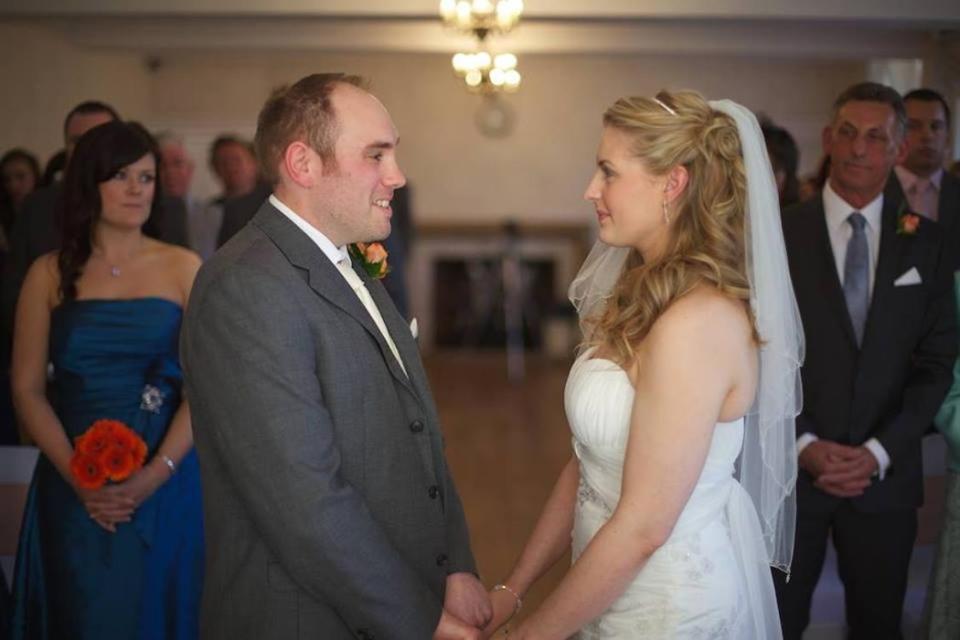 She said: "Justin has now improved so much and can take a few steps, but he is a long way off being able to walk, so we still need a wheelchair. We need a car that can take him, the girls and a few friends or family to help me with everything.

“Justin was the main breadwinner and I was self-employed, but am now on maternity leave, so we’re also fundraising so we can visit him as much as possible. The more we visit, the more he will be able to remember.

“We don’t know what the future holds for Justin. It’s impossible to tell with a brain injury, but he’s come such a long way since the doctors told me he wouldn’t be able to do anything.”

“I just hope that Justin can come home soon, so we can start being a proper family.”

If you're worried about someone you love suffering a cardiac arrest, like Justin, then read our helpful guide to spotting the symptoms of one – and what to do if someone you know has one.

And have you seen this amazing story of an American tourist who suffered a cardiac arrest at the top of a castle.