Home » Fashion » TV's Julia Bradbury, 47, reveals the miracle jab which makes her varicose veins disappear… but it's not cheap

The 47-year-old former Countryfile, who recently posed naked for a plastic campaign, presenter first developed the "ugly" varicose veins during pregnancy – when she had high blood pressure. 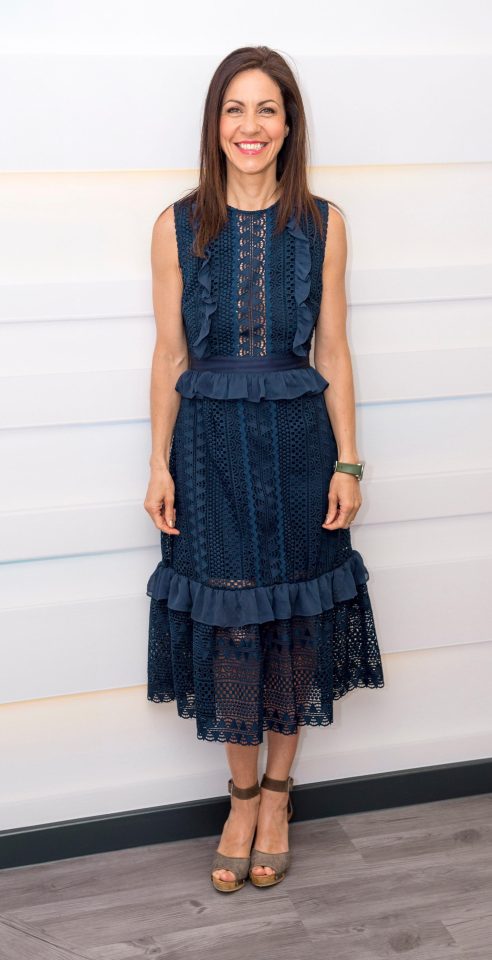 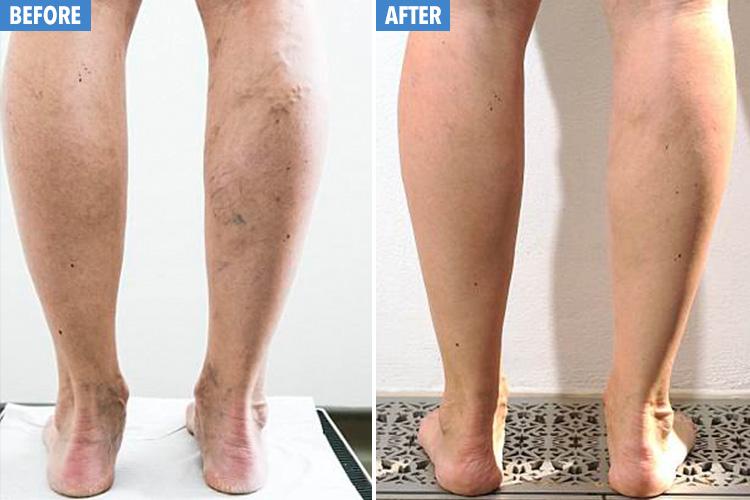 But the mum-of-three has had thread veins since her 20s – and says she inherited them from her dad.

Julia, who has three-year-old twin girls and a six-year-old son, told the Daily Mail: "It didn’t stop me going out, but it would certainly stop me wearing certain outfits and certain dresses and skirts.

"There was a point where they were quite bad… it’s like the eye was drawn to the hem of the skirt and that happened to be right where I had a quite ugly cluster of veins."

Sick of feeling hung up about her legs, Julia had laser therapy in 2016 – and now has a treatment called microsclerotherapy twice-a-year, during the summer. 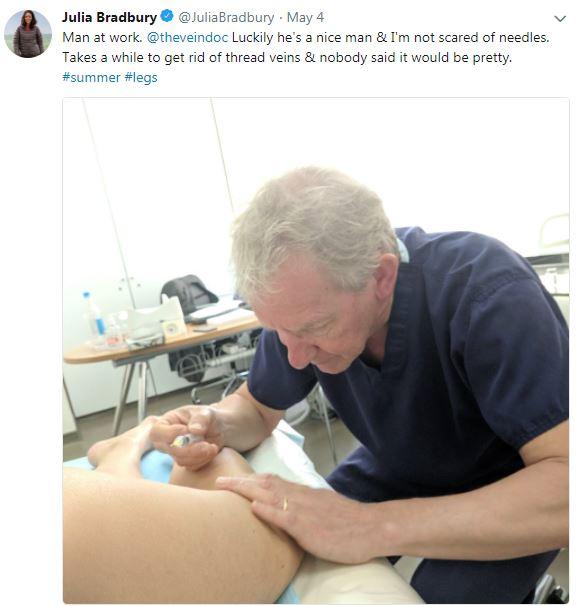 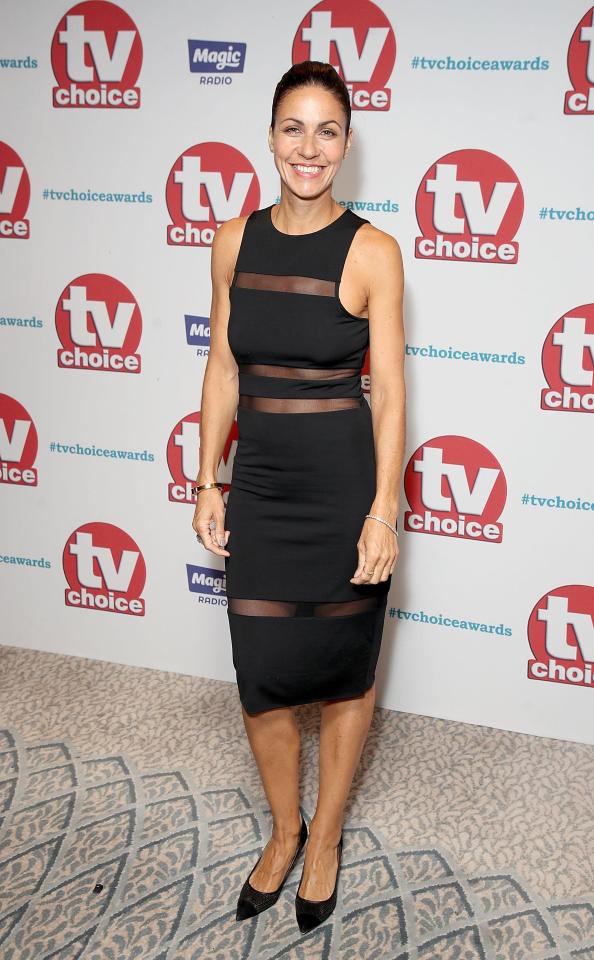 It doesn't come cheap, with the laser treatment pricing in at £1,995 for both legs – and the jabs costing £360 per session.

Julia tweeted a pic of her thread vein jabs, with Dr David West at the Veincentre, last week – and said laser therapy gave her the confidence to wear skirts for the first time in years.

She added to the Mail: "My legs feel smooth to the touch and I feel sure that this is a permanent solution to the problem that has plagued me for most of my adult life."

In related news, these are the six surprising places varicose veins can appear – from your boobs to vagina.

And this brave meningitis girl has issued a heartbreaking plea for prosthetics using moulds of BEST PAL’S feet – as she shares post-amputation pictures for first time.