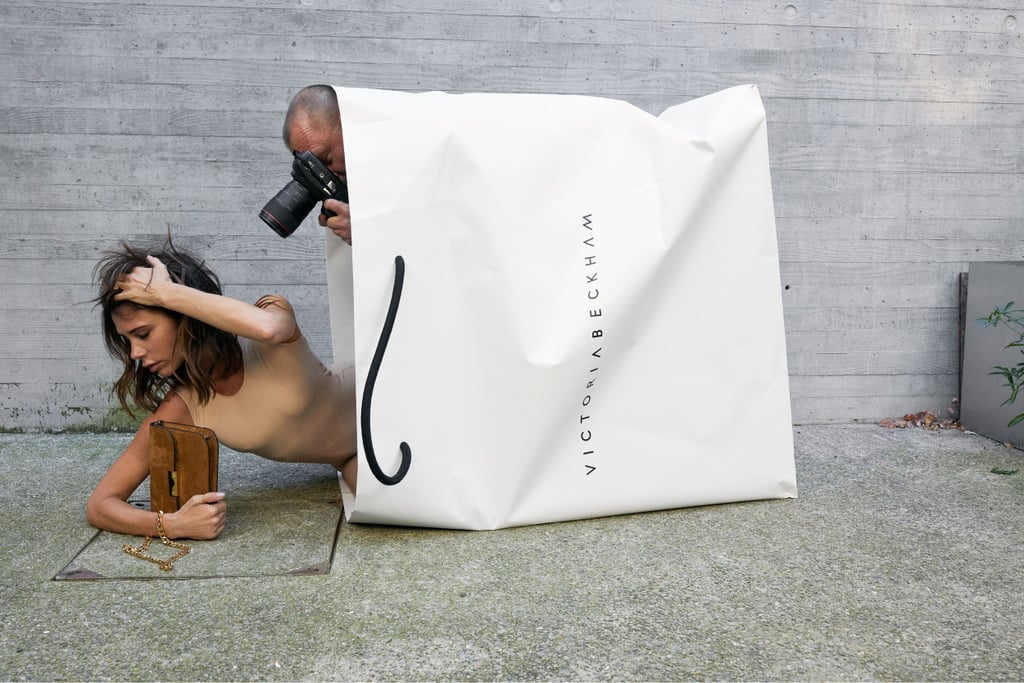 Back in 2008, only a few months before she launched her eponymous line, Victoria Beckham featured in an advertising campaign for Marc Jacobs. She was photographed by Juergen Teller crammed into a giant Marc Jacobs carrier bag, with her feet dangling over the sides. The irreverent ads were an instant hit and marked the beginning of Victoria’s journey toward becoming a fashion industry giant. Now, a decade later, the designer has re-created the shoot, only this time, she’s pictured in her own bag. Victoria explained, “I am and have been literally ‘putting Victoria into Victoria Beckham since 2008,'” as she detailed the story behind this iconic reworking of a classic ad campaign.

“What better way of illustrating the story of the past ten years than by revisiting the creative but this time with my own branded bag. Marc gave me his blessing to recreate the shot and Juergen agreed to collaborate with me again which was just incredible, and him appearing in one of the images was really important to me. The collaboration with him was incredibly special and I wanted to document it,” she said.

The campaign will go live at London’s Piccadilly Circus for a week from Sept. 10. A limited-edition t-shirt featuring one of the images will also be available online and at Victoria Beckham stores in London and Hong Kong. Take a closer look at the campaign, and the tee, ahead.