A couple has revealed how they turned a shed into a tiny home. 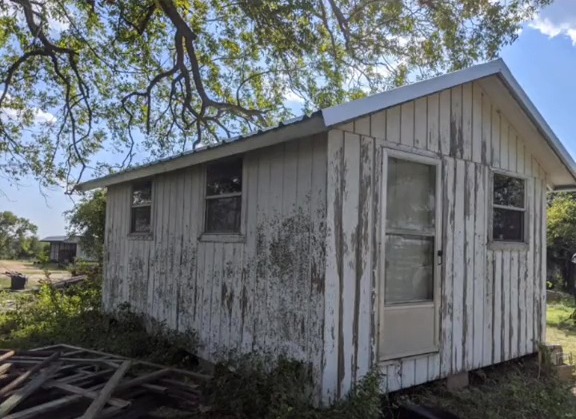 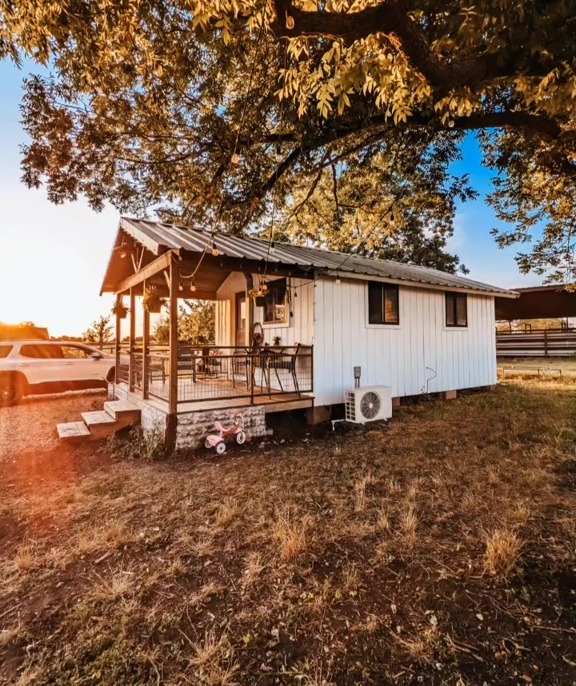 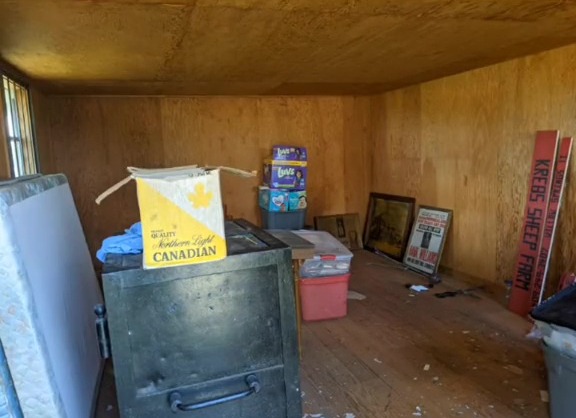 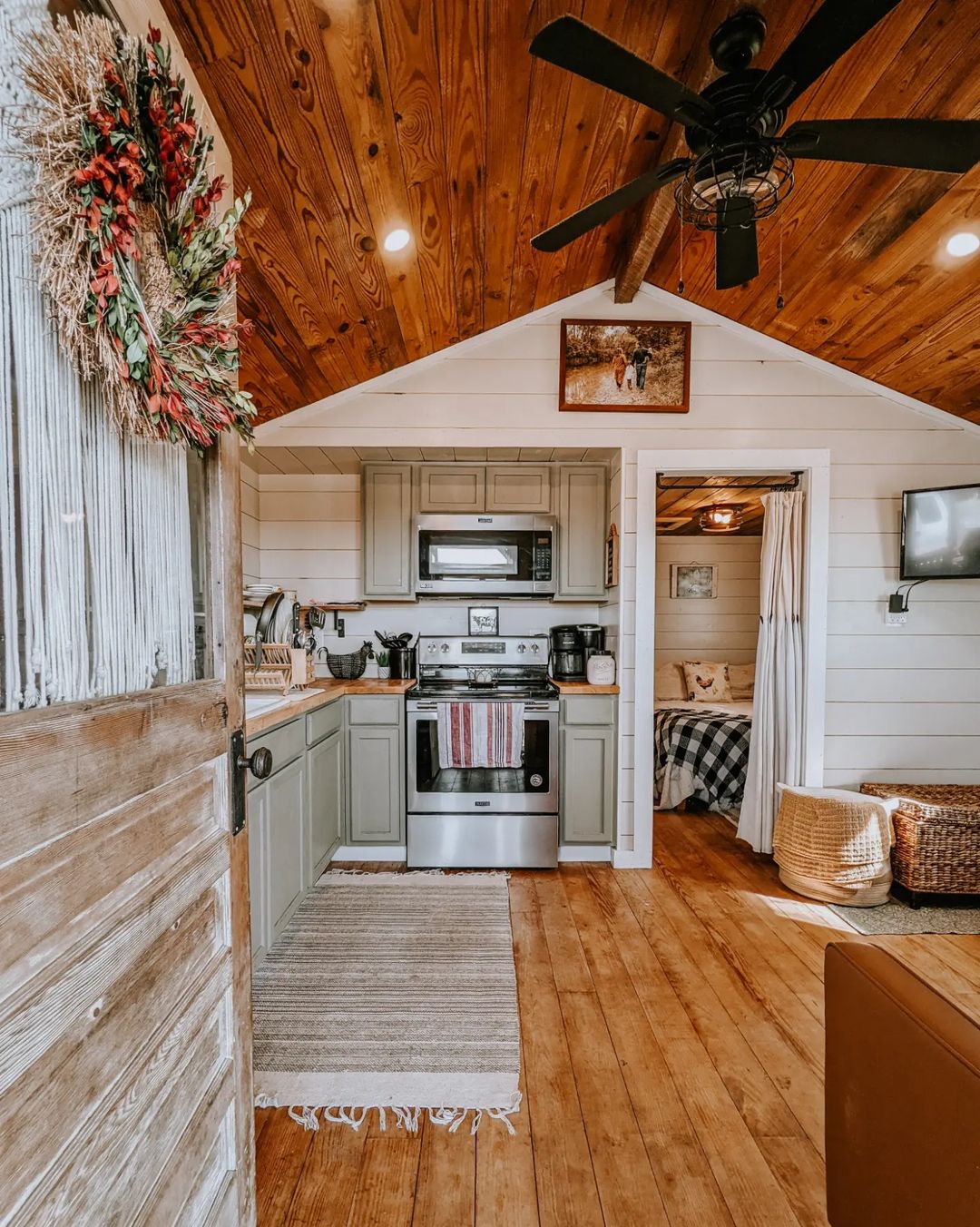 Katy and Michael Krebs and their two daughters, Carolina, seven, and Harper, four, inherited the shed from a grandparent and soon began doing it up so they could call it home.

The couple has shared their DIY journey on TikTok, where millions have watched the transformation.

The short clip shows the drab, white shed transforming into a modern tiny home full of rustic furniture and a farmhouse sink.

the 280-square-foot shed had peeling paint, and no proper plumbing or electrical system, meaning the pair had their work cut out. 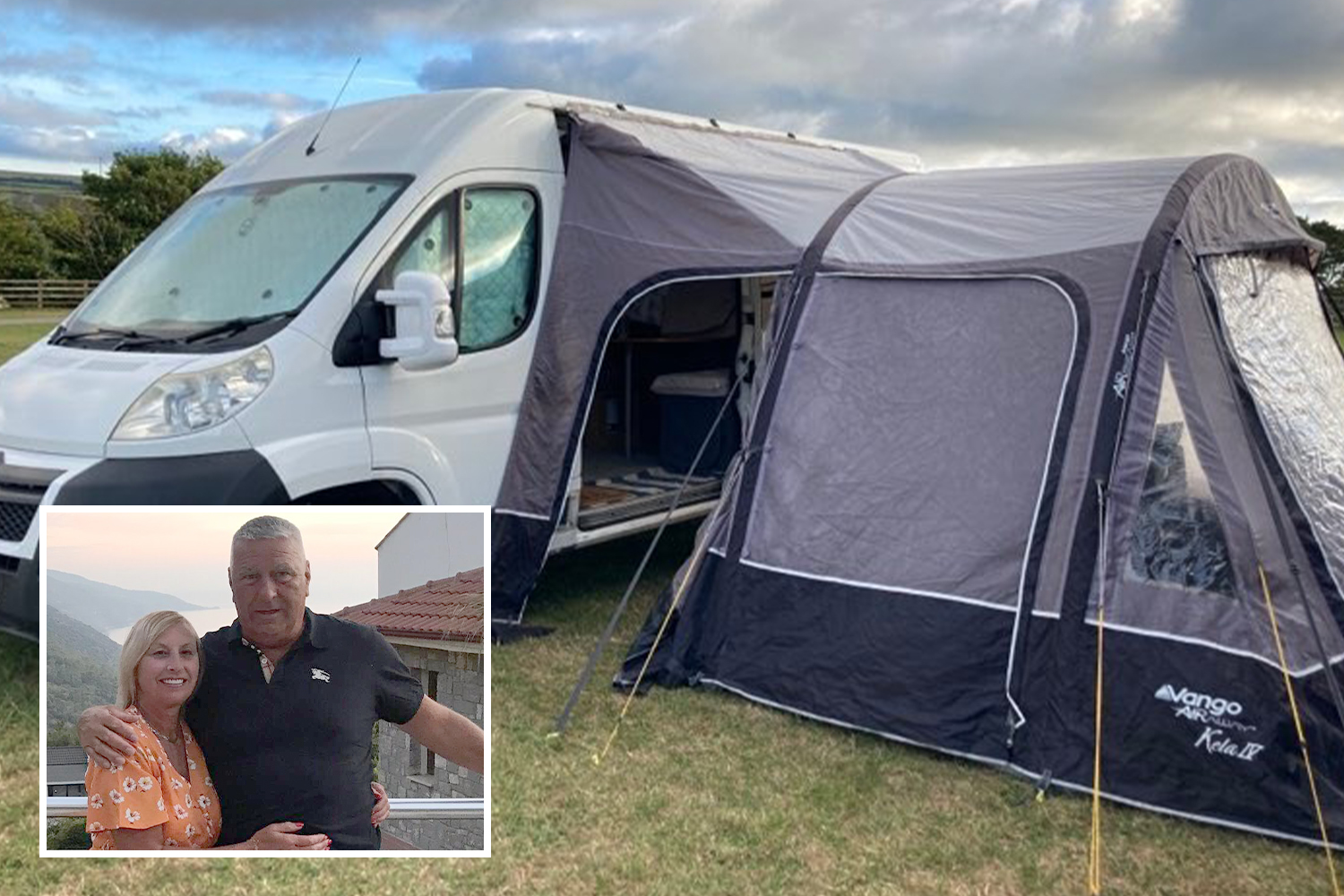 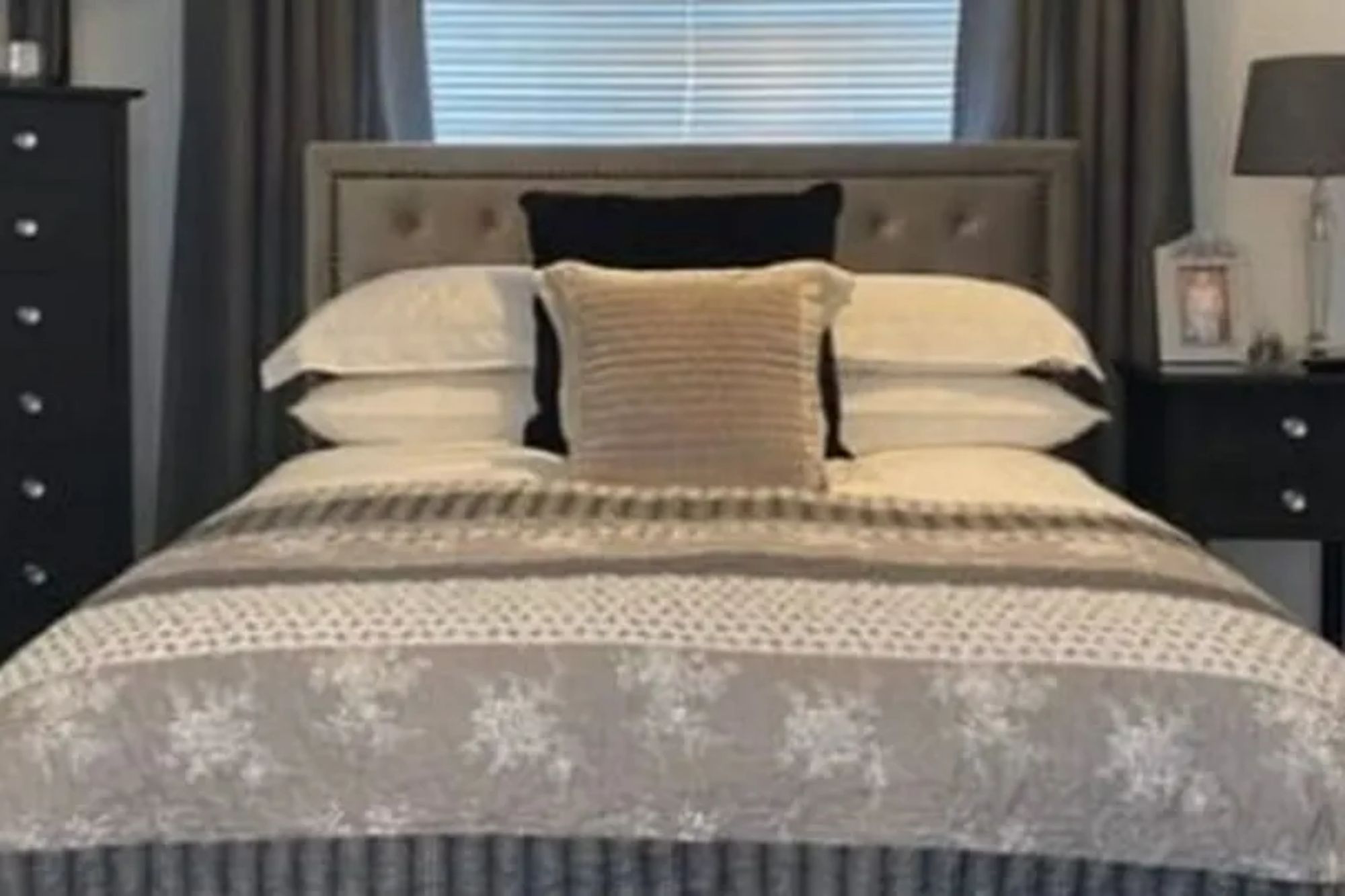 The couple could tell the shed was old and the paint was 'dry-rotting,' so they had to 'scrape all of that off.'

But that didn't put them off and Katy revealed she had 'been in love with tiny homes forever, and that she 'used to watch tiny home shows on TV all the time.'

The shed was built in the 80s and used for storage but the couple quickly got to work on a tight budget.

Once they were done with the outside, it was time to tackle the interiors and took off the plywood ceiling and walls.

The couple was able to keep the insulation and original flooring which were in great condition.

Since the couple was on a strict budget, they attempted to reuse as much material as they could, including lumber found on the property.

Katy and Michael found an old beam and used the wood to create their new ceiling.

They also repurposed a barn door to use in the shed, cutting out a window in it.

Two extra rooms were made in the property to host a bedroom and bathroom, and they left the living space and kitchen open-planned.

Katy told the Daily Mail: "(We) looked on YouTube a lot to figure out how to do this and how to do that.

"We did all the framing ourselves — it was just us, me and Michael, with our two girls by our side, it's a good thing my husband knew what he was doing."

The couple also added a porch to the front of the shed to finish creating Katy's dream tiny home.

The finishing touches of the tiny home included a farmhouse sink, shiplap walls, and rustic interiors.

With no electricity, the couple hired an electrician to hook them up to the main electricity source but did the rest of the wiring themselves.

The couple plans to stay in their tiny home until they are ready to move into the adjacent 'big home' owned by Michael's grandparents.

People on TikTok have been stunned by the transformation, although some have questioned where their kids sleep because the home only has one bedroom.

Katy responded: "'I know they're safe. They have a safe house — they have a bed."

Others have been inspired by the family's journey, one wrote: "Love it."

"Such a transformation," penned a third.

Meanwhile, a fourth added: "I love it. It doesn't matter the size of the house, LOVE is what makes a house into a home. CONGRATULATIONS."

Another claimed: "Beautiful! And the wood ceiling looks amazing!"