A BRIDE has been mocked for wearing cowboy boots on her wedding day – to a groom she only started dating three weeks ago.

The quirky couple have ditched tradition, with the bride opting to wear a short cream summer dress for her big day and swapping into flip flops after the church service. 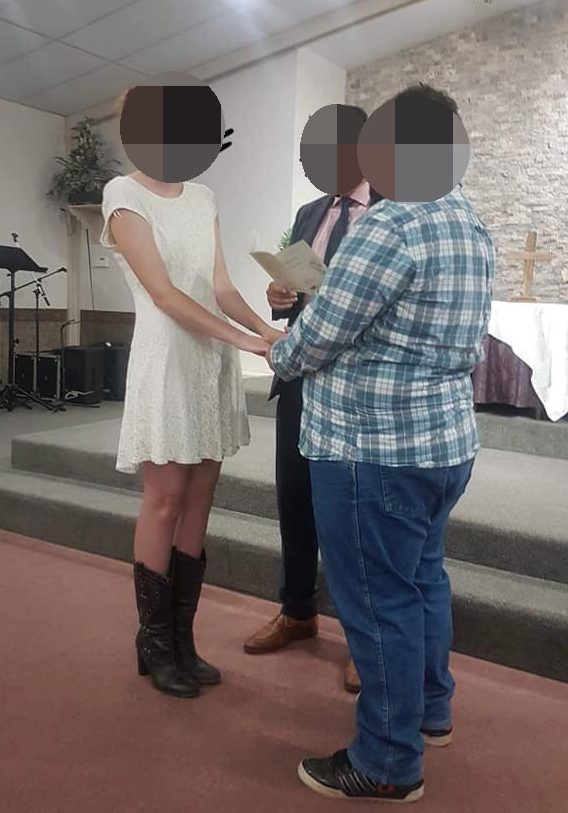 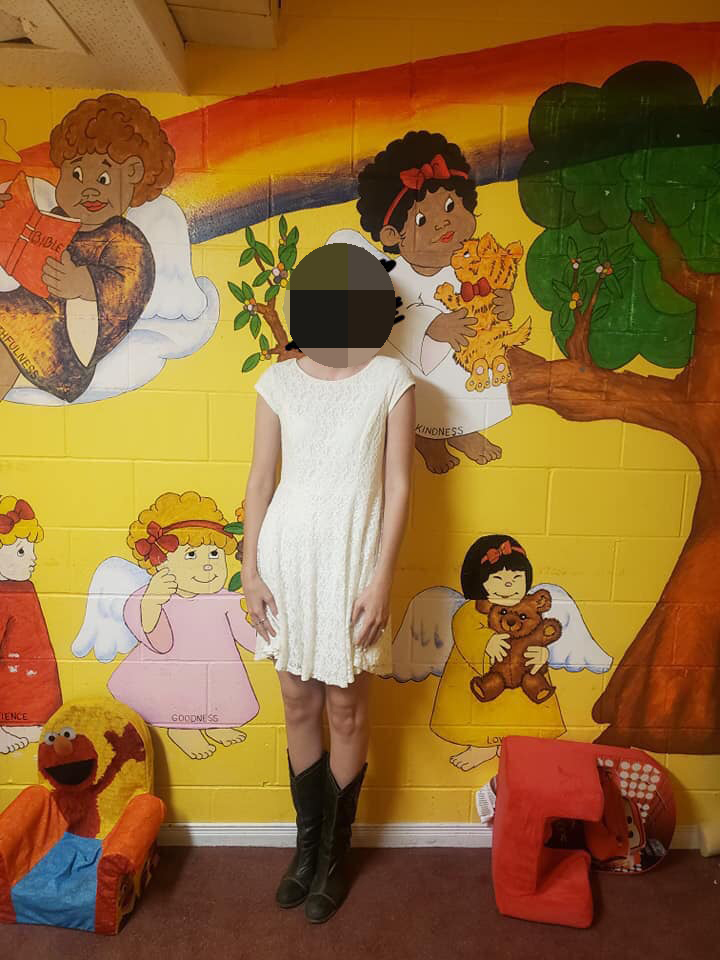 While her groom wore a checked shirt, jeans and trainers to tie the knot.

Posting on the Wedding Shaming Facebook group, one woman explained: "My friend's cousin just got married, she was in a different relationship 3 weeks ago.

"She has a history of monkey branching (flirting with other people while in a relationship) but has never gone so far as getting married. So much to shame here."

Another person, who also knows the bride, added: "She was engaged to someone else 3 weeks ago then left him for one of her exes and then a week prior to the wedding left that guy for someone else and then out of the blue married this guy.

"She claims to have known him for a very long time but she's never talked about this guy before they got married." 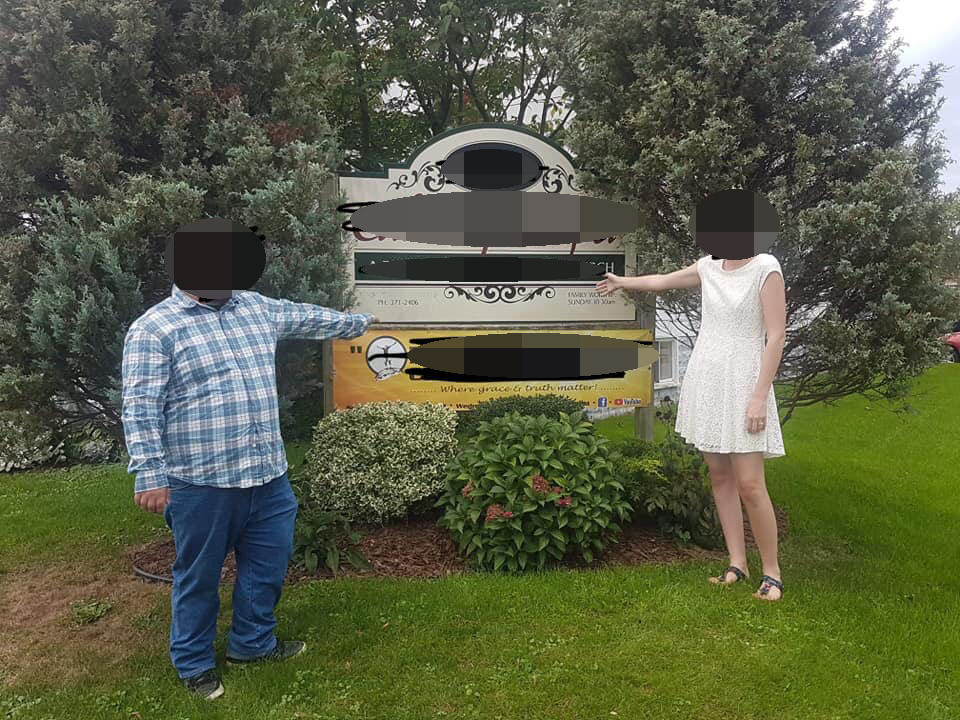 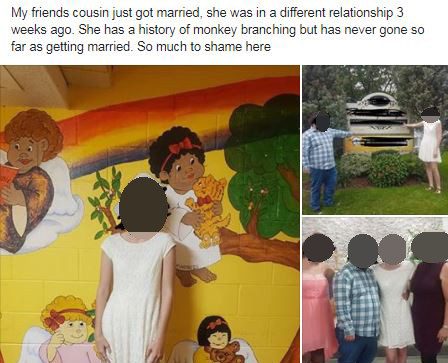 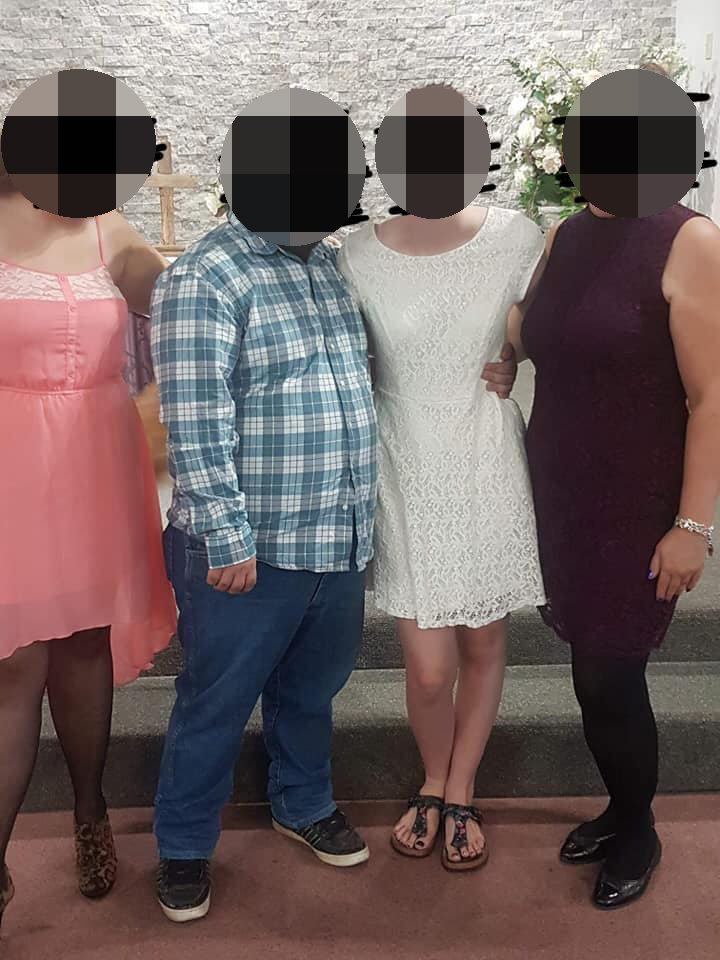 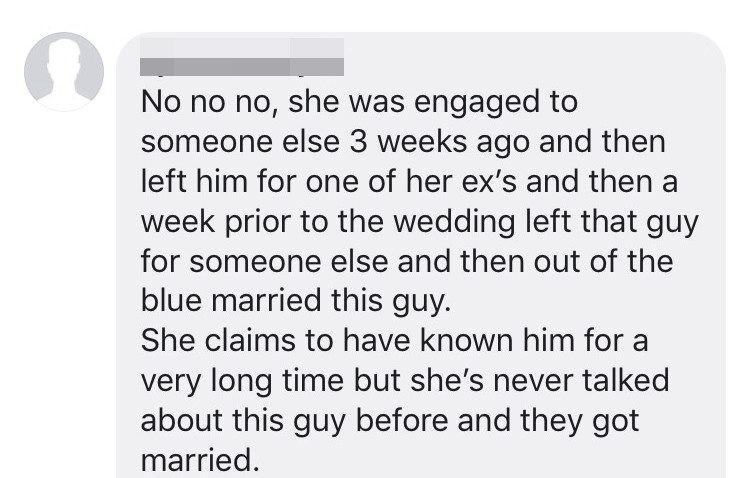 Commenting on the post, gobsmacked Facebook users wrote: "Two types of shoes and both hideous" and "I mean, props for planning a wedding that quick, but, uh".

Another woman asked: "Why the messy bun. Why did she change shoes. What's going on with that pink slip, black tights and leopard booties. I just… can't".

While one joked: "I love that the boots are her version of dressy". 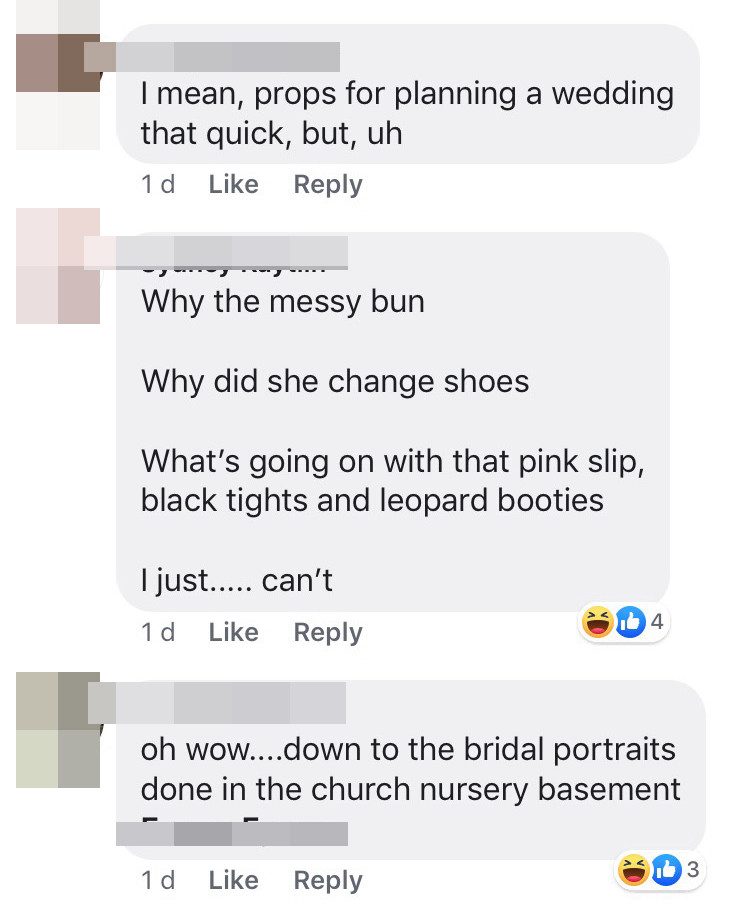 Others were bemused by the bride's pictures, which appear to have been taken in a church nursery – complete with wall murals and an Elmo toddler chair.

They commented: "She got married in a church day care?" and "oh wow… down to the bridal portraits done in the church nursery basement".

And another lass said: "Absolutely never heard the term 'monkey branching' in my life.

"But it looks like they got married in a combination of a daycare, children's ward and a creepy church cult".

On Sunday, one wedding guest was slammed for wearing a white dress, blazer and heels – and cheekily posing with the bride's bouquet.