A PAIR of identical twins have revealed that not only are they pregnant at the same time, but they're also expecting in the same month.

Rachel and Kim Saunders, who are due to give birth in July, shared the happy news with their 42,000 followers on TikTok. 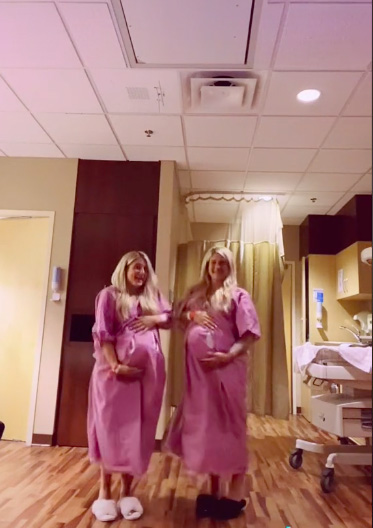 In a recent post, the blonde sisters – who are from Minnesota – could be seen dancing while wearing hospital gowns at what appeared to be a check-up appointment.

They revealed in a previous video that they are both going to be mums to sons.

Captioning the latest clip, they suggested their due dates were imminent, writing: "Baby time! #twinning #boymoms." 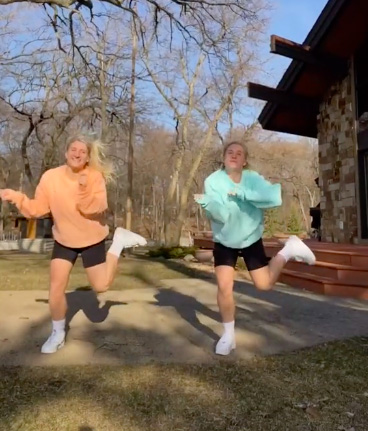 One person wrote: "So cute."

Another commented: "I need the story!! Was this planned?!"

A third shared: "I'm sitting here hoping you each have identical twins." 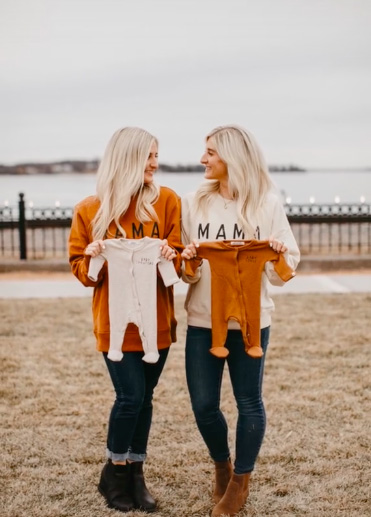 And a fourth added: "Y'all are the most identical twins ever."

The twins, who also have a joint Instagram account, have garnered a popular following on TikTok thanks to their matching dances and outfits. 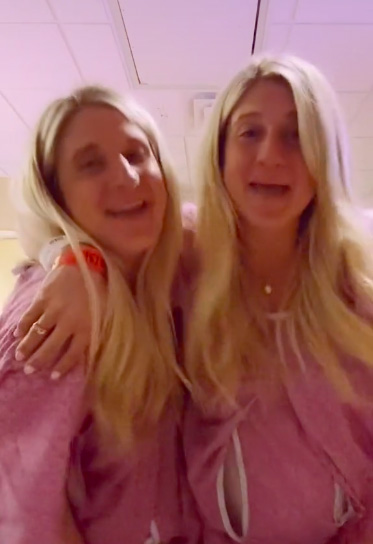 It seems they have often shared big life milestones together.

A previous post shows them, in a throwback video, doing the 'worm' dance move at what appears to be their joint wedding.

In other real life news, we told you about the mum who gave birth unexpectedly after a night shift.

We also revealed how a mum-of-five was shocked at becoming pregnant with quadruplets.

And a woman has shared her amazing glow-up after being dumped.